Tito Sotto received the video as part of a report. 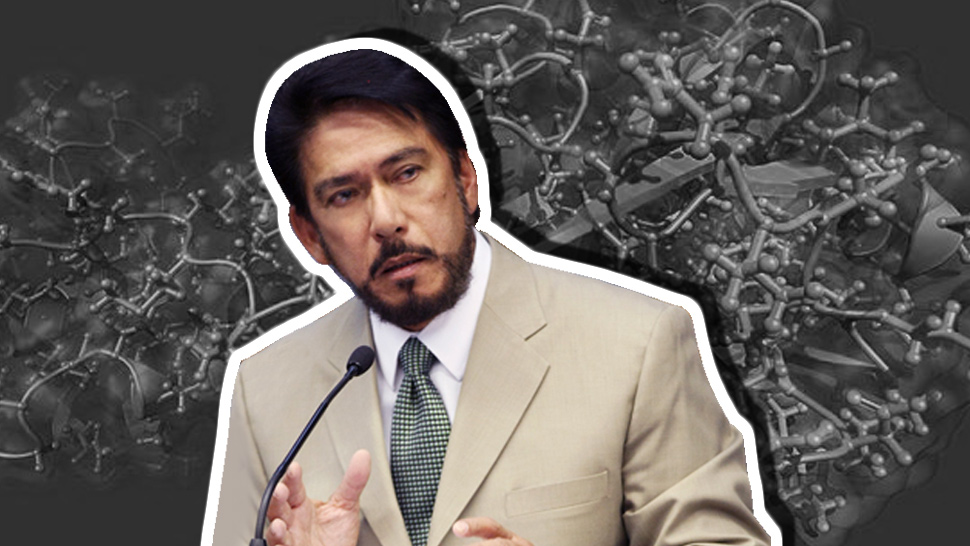 On Tuesday, February 4, a wild conspiracy theory on the coronavirus made its way to the halls of the Senate and took a chunk of the day’s proceedings. Senate President Vicente "Tito" Sotto III tried to convince the floor that it was an issue of utmost consequence.

“I think it’s somehow very interesting, if not revealing,” said the senator. The video, which seems to be narrated using a text-to-speech program, claims that the current novel coronavirus was manufactured by humans as part of a biological warfare currently being waged against China by the U.S. and Canada. The narrator also suggested that the coronavirus was a bioweapon being developed by China in a laboratory in Wuhan, but that it went out of control.

The video has been circulating on various sites known to peddle unreliable and unverified news stories. Sotto picked up the video, which he claims he received as part of a report. Before presenting the video, Sotto offered a succinct preamble.

“Mayroon tayong kasabihan, eh: If you want to defeat the enemy, know the enemy,” he began. “After the video, I’d like to hear the comment of Secretary Teodoro Locsin, Jr. on the video.”

Locsin: “This is the craziest video I have ever seen!”

Instead of siding with the conspiracy theory, the Foreign Affairs secretary responded with heavy sarcasm.

“This is an example of the craziest videos I have ever seen,” said Locsin. “Maybe the plan is for China to create a virus so strong they will first test it on themselves, and when they are all dead, they will spread it to other countries."

"The U.S. has done this because they can send it all across the ocean into Wuhan and kill the Chinese, but then later on, the other suspects are... Canada... but the virus can also spread to the U.S. and Europe... Again, this is a plot by the US and the West to destroy China by first destroying itself!"

When the Senate President tried to push the issue, Senator Nancy Binay pulled a face that we could all relate with:

We just wish she shared the thoughts going on in her mind.

But nevertheless, the Foreign Affairs secretary's colorful opinion proved sufficient. We may not always jive with the vitriol that litters Teddy Locsin’s Twitter account, but this time around, we are very glad that the Foreign Affairs Secretary was the sober yet sarcastic voice of reason at that Senate hearing.

Watch the full video of yesterday’s coronavirus hearing below.

DOH Confirms Third Case of Coronavirus in the Philippines