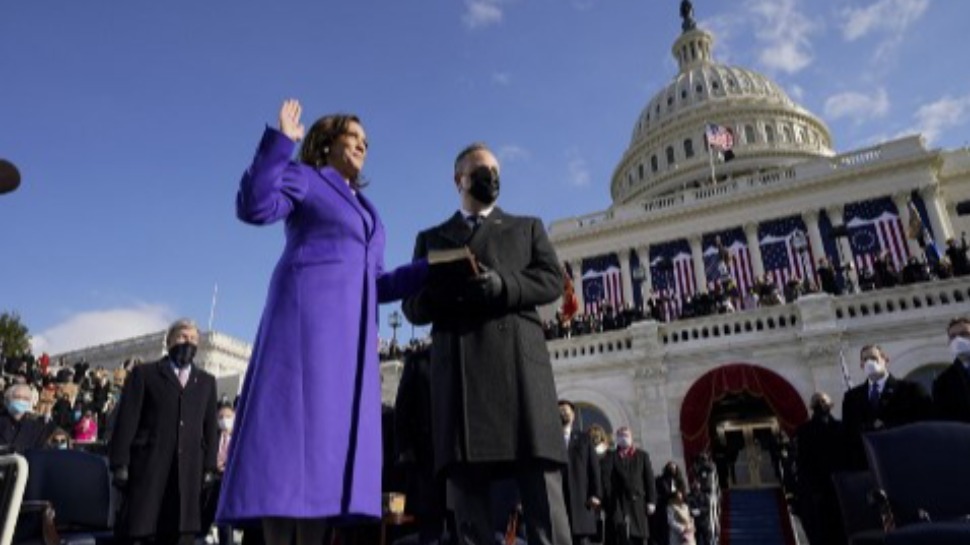 Kamala Harris smashed through one of America's highest glass ceilings Wednesday, becoming the first woman, first Black American and first person of Asian heritage to be appointed vice president, blazing a trail in the most diverse White House ever.

As running mate to now-President Joe Biden, she helped bring Donald Trump's turbulent rule to an end, assailing him for his chaotic bungling of the Covid-19 pandemic, last year's unrest over racial injustices and his crackdown on immigration.

Harris, 56, enters the post having already forged a unique path, as California's first Black attorney general and the first woman of South Asian heritage elected to the US Senate.

As vice president, Harris will be a heartbeat away from leading the United States.

With Biden, 78, expected to serve only a single term, Harris would be favored to win the Democratic nomination in 2024, giving her a shot at more history-making -- as America's first female president.

"While I may be the first woman in this office, I won't be the last," Harris said in a November 7 speech, her first after US networks projected Biden and Harris as the winners over Trump and former vice president Mike Pence.

Trump bitterly contested the results, peddling the lie that the Democrats only won due to massive election fraud.

During the campaign he routinely attacked Harris, branding her a "monster" after her October debate with Pence. When asked about it, Harris curtly dismissed the president: "I don't comment on his childish remarks."

While Harris pushed back fiercely during the campaign, in the past two months she rose above the fray, pivoting to plans she and Biden are unveiling to help struggling families and fix a reeling economy.

Harris wrote on Twitter that she and Biden would set America on a "new path" and "bring the American people back together."

While the vice president's job is often seen as ceremonial, Harris will also be thrust into the powerful role of ultimate decider in the US Senate.

Thanks to two shock Democratic run-off victories this month in Georgia, the Senate will be evenly split, 50 Democrats and 50 Republicans.

That means Harris may spend considerable time on Capitol Hill acting as the tie-breaking vote on legislation on anything from judicial nominees to Biden's $1.9 trillion stimulus plan.

Harris was born to immigrants to the United States -- her father from Jamaica, her mother from India -- and their lives and her own have in some ways embodied the American dream.

She was born on October 20, 1964 in Oakland, California, then a hub for civil rights and anti-war activism.

Her diploma from historically Black Howard University in Washington was the start of a steady rise that took her from prosecutor, to two elected terms as San Francisco's district attorney and then California's attorney general in 2010.

However, Harris's self-description as a "progressive prosecutor" has been seized upon by critics who say she fought to uphold wrongful convictions and opposed certain reforms in California, like a bill requiring that the attorney general probe shootings involving police.

Yet Harris's work was key to molding a platform and profile from which she launched a successful US Senate campaign in 2016, becoming just the second Black female senator ever.

Her stint as an attorney general also helped her forge a connection with Biden's son Beau, who held the same position in Delaware, and died of cancer in 2015.

"I know how much Beau respected Kamala and her work, and that mattered a lot to me, to be honest with you, as I made this decision," Biden said during his first appearance with Harris as running mates.

Harris oozes charisma but can quickly pivot from her broad smile to a prosecutorial persona of relentless interrogation and cutting retorts.

Clips went viral of her sharp questioning in 2017 of then-attorney general Jeff Sessions during a hearing on Russia, and Supreme Court nominee Brett Kavanaugh the following year.

Harris also clashed with Biden during the first Democratic debate, chiding the former senator over his opposition to 1970s busing programs that forced integration of segregated schools.

"There was a little girl in California who was part of the second class to integrate her public school, and she was bused to school every day," she said. "And that little girl was me."

That showdown did not stop him from picking Harris, who brought that feisty energy to Biden's carefully stage-managed campaign.

During her only debate against Pence, Harris raised her hand as he tried to interrupt her.

Harris has no children of her own. But she claims the role of "momala" to the son and daughter of her husband Doug Emhoff.

Emhoff, a lawyer, will become the first-ever US "second gentleman," and the first Jewish spouse of a US vice president.

As for her mother Shyamala Gopalan Harris, a scientist born in India who immigrated at 19, "maybe she didn't quite imagine this moment," Harris said in her November speech.

"But she believed so deeply in an America where a moment like this is possible." 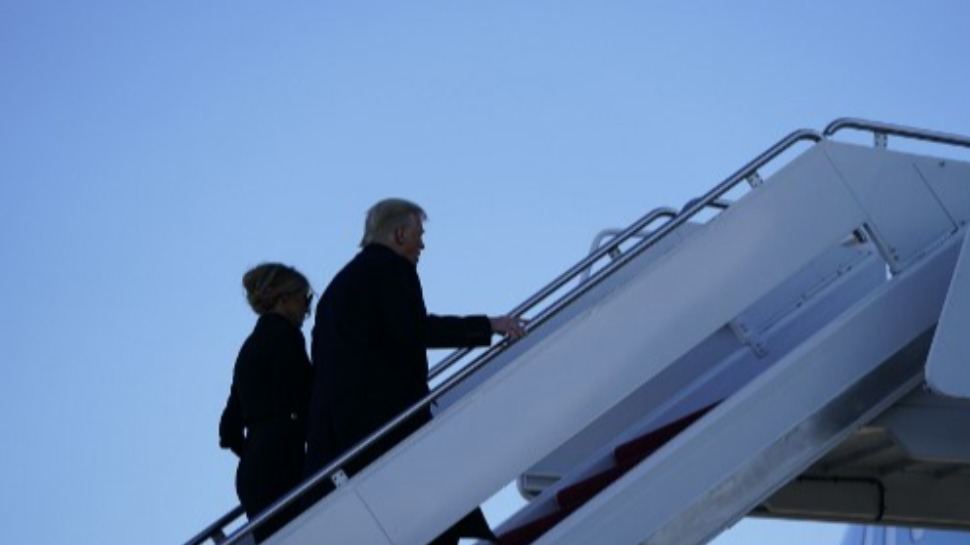 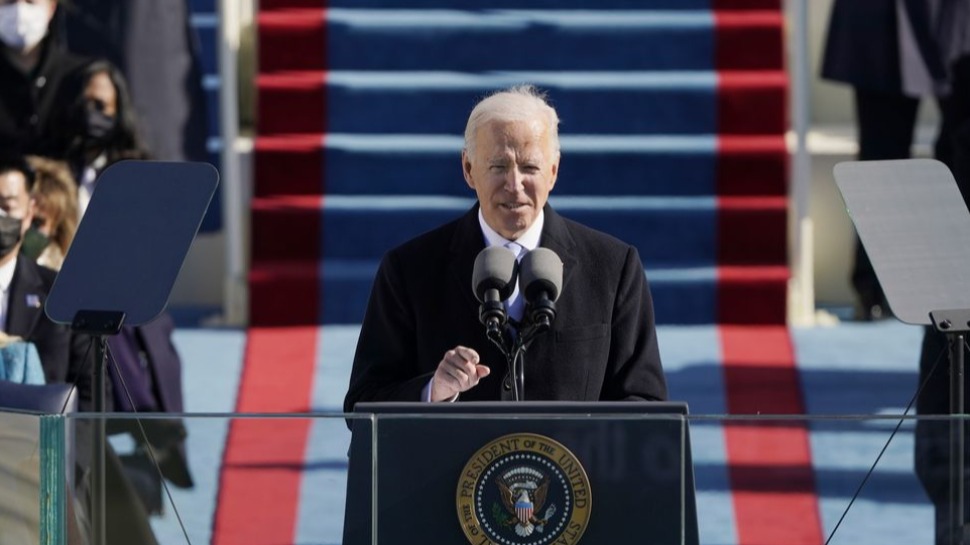 A Collective Sigh Around the World: Leaders Congratulate US President Biden
More from EsquireMag.ph 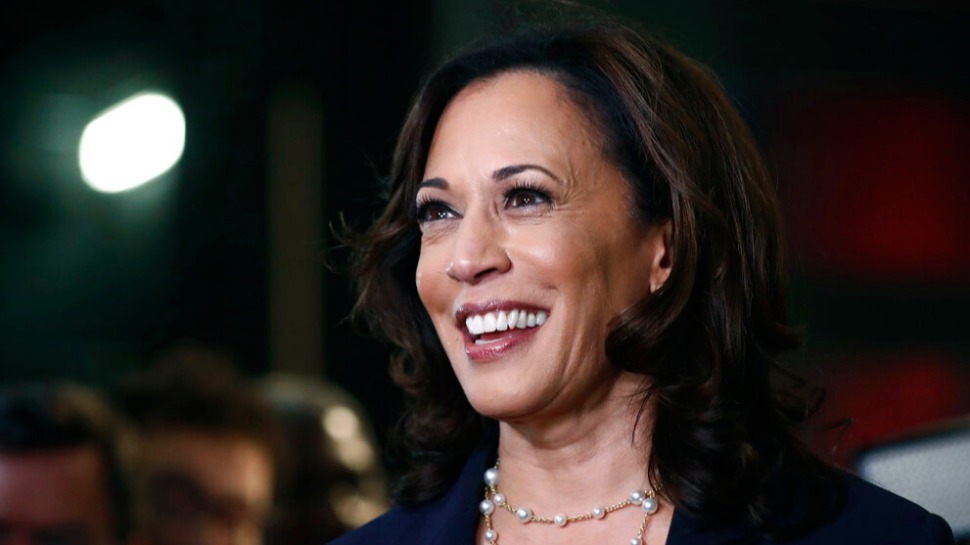 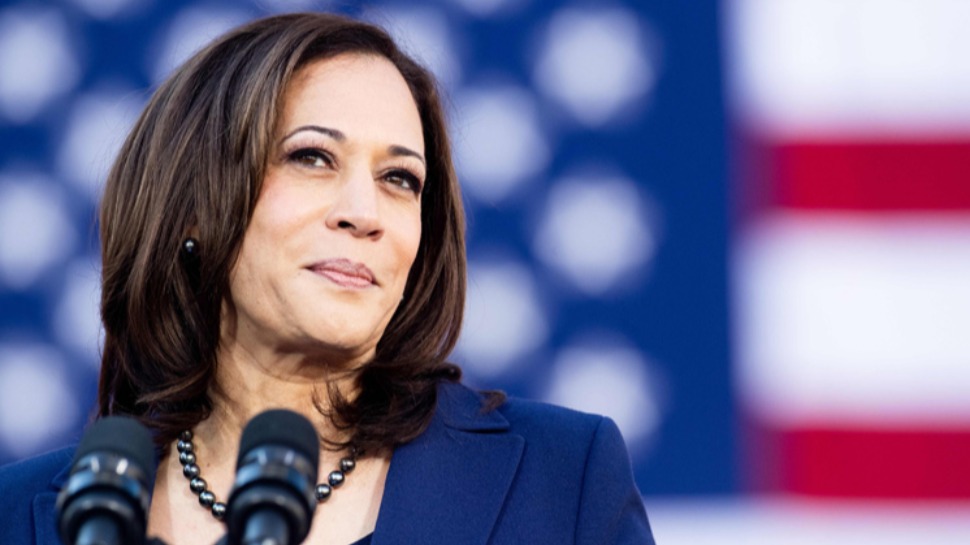 A Collective Sigh Around the World: Leaders Congratulate US President Biden