One of them is set to become the Solicitor General of the United States. 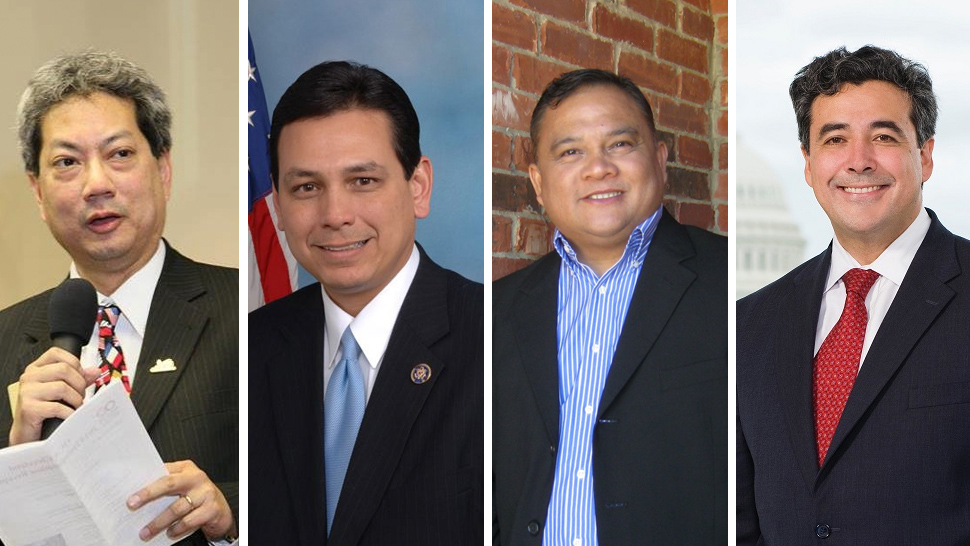 U.S. President Donald Trump has been accused of having racist and anti-immigrant leanings. However, the Filipino Americans whom he has tapped to be in key positions seem to believe that he can, indeed, make America great again (whatever that means).

Many people find it ironic that these Filipino Americans can support a man who's not exactly opening his arms to foreigners in their country. Trump's America is no longer a refuge for immigrants—travel ban and all. It can't be denied that his hate-filled rhetoric has emboldened some people to engage in variations of an “Us vs. Them” rampage.

That said, these Fil-Ams on Trump's turf are truly vulnerable to controversy. They're all accomplished individuals who have picked a very interesting side in the America's political arena. Noel J. Franciso, George Conway III, and Ninio Joseph Fetalvo are right on the frontlines with their extremely high-profile positions. 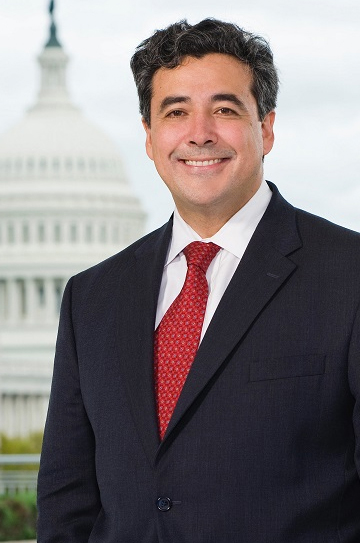 NOEL J. FRANCISO is set to be appointed as the U.S. solicitor general. A statement released by the White House reveals that Francisco was raised in Oswego, New York. "Francisco graduated with honors from the University of Chicago in 1991 and completed law studies at the university’s law school in 1996, also with high honors," adds Elton Lugay in the Philippine Daily Inquirer.

In a feature on Above the Law—a news website focusing on the legal profession—lawyer-turned-writer David Lat points out, "If confirmed, Noel Francisco would be the first Asian American to serve as a Senate-confirmed solicitor general. As I've mentioned previously, Francisco’s father is of Filipino ancestry. Congrats again to my fellow Filipino American."

The Washington Times recalls some of the highlights of Francisco's career, particularly when he went up against the solicitor general during President Barack Obama's administration. In fact, the report quoted Neal Katyal—who served as acting solicitor general from May 2010 to June 2011—who called Francisco a "fabulous oral advocate." 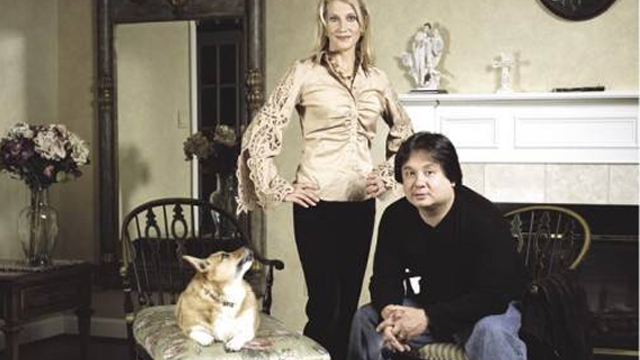 GEORGE CONWAY III is the 53-year-old husband of Kellyanne Conway, who served as Trump's campaign manager and is currently the Counselor to the President. She also coined the phrase "alternative facts."

Yale Law School graduate George—who is of Filipino descent via his mother's side—has been selected by Trump to head the civil division of the Justice Department. "This places him in charge of a crucial office charged with defending Mr. Trump's contentious travel ban and lawsuits alleging that his business activities violate the Constitution," noted Julie Hirschfeld Davis in The New York Times.

The report went on to reveal that George "would lead a department of about 1,000 lawyers that has vast reach across the government, handling issues like national security and consumer protection and enforcing federal programs and the actions of President Trump himself." 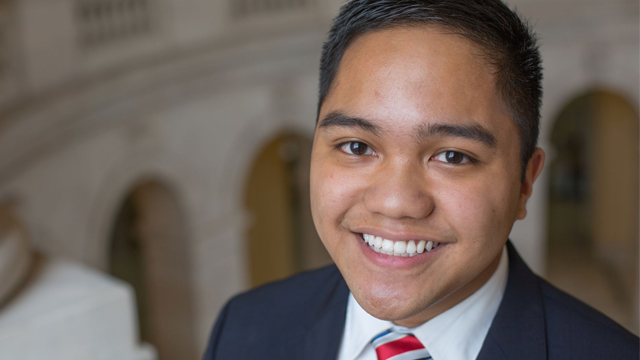 NINIO JOSEPH FETALVO is the White House assistant press secretary. "The 23-year-old earned a bachelor of arts in political communications from George Washington University's School of Media and Public Affairs in just three years," reports ABS-CBN News Online. Fetalvo, whose parents are both immigrants from Bicol, was born and raised in Florida.

"Fetalvo works with press secretary Sean Spicer and is tasked to cover issues on healthcare, education, transportation, and veterans affairs," explained Manila Bulletin Online. He told the Asian Journal: "Being at this position in the White House really excites me to just be able to help communicate and emphasize the policies that [are] really going to make our community better and more prosperous." 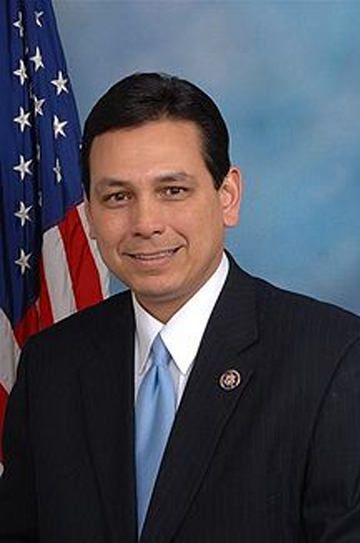 STEVE AUSTRIA was born in Cincinnati, Ohio on October 12, 1958. His mother Jean is a nurse of German descent and his father Clement a doctor from Tiaong, Quezon in the Philippines. Austria has the distinction of being the first son of a Filipino immigrant to be elected to the U.S. House of Representatives. He served two terms as the congressman of Ohio's 7th district.

In 2011, he was hailed for preventing a major redistricting war in Ohio, by deciding not to run for re-election. The Washington Post's Rachel Weiner explained, "Republican mapmakers were forced to eliminate one of their own seats in order to protect their 11 other incumbents. Austria lost out. His current 7th district seat was combined with that of Rep. Mike Turner."

Austria was quoted as saying, "I am not going to run for Congress next term as a result of the redistricting map." He emphasized that while he thought the process was "unfair," he "did not want to get into a primary that pitted friends against friends." 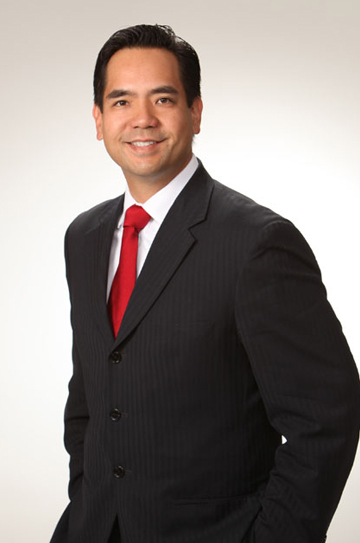 SEAN REYES is the first Asian American to hold a state-wide post in Utah as the attorney general. "Reyes is the son of immigrants with Filipino and Spanish roots. Married with six children, he was raised in Southern California and received his law degree from UC Berkeley in 1997," reports the Philippine Daily Inquirer.

The bio on the Utah Attorney General's website reveals fun facts about Reyes. It reads, "In his free time, he enjoys playing morning basketball, coaching his kids in youth football, baseball, basketball, volleyball and soccer, taking walks or doing anything with his wife Saysha. He also enjoys watching Sports Center, attending and speaking at Comic Cons, as well as cooking, shooting guns, and watching mixed martial arts (now that his fighting days are over)." 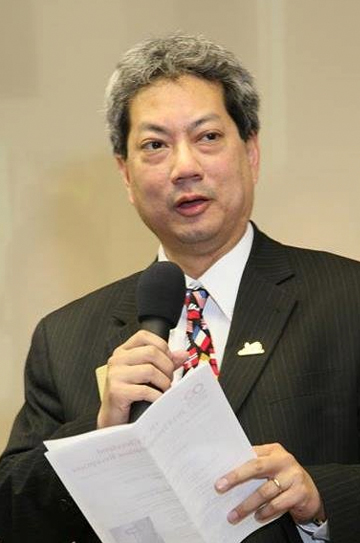 RON FALCONI is the mayor of Brunswick City in Medina County, Ohio. He is the first Filipino American mayor in the state. Falconi, who received his law degree from the University of Akron, is the son of Filipino immigrants who came to the U.S. in the 1960s.

In an interview with Maricar CP Hampton of the The FilAm Metro D.C., Fanconi revealed that his father Edgardo Falconi was an electrical engineer who came from Tondo, Manila. His mother Teresita Liongson from Sta. Cruz, Manila, was a physician who worked for the VA Hospital in the city of Brecksville, Ohio.

Falconi was born and raised in Ohio, however, he might as well have been raised Filipino. He recalled, "Both of my parents spoke Tagalog to my sister and me growing up. I can understand Tagalog like I understand English.  My mother prepared Filipino food at home, and we attended different Filipino parties and organizations."

"Falconi is married to Genevieve Cachuela, who is chief of pediatrics at the Cleveland Clinic in Brunswick. She is the daughter of former Muntinlupa City Councilman Ernesto Cachuela," reports GMA News Online. 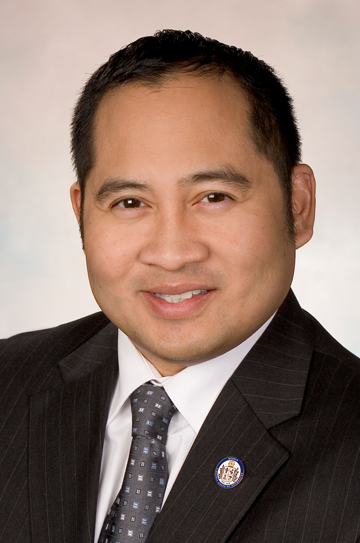 On his official website, Villanueva has this message for his constituents: "I am honored to represent you in the Virginia General Assembly and will continue to work hard for you and your family by putting aside politics and finding solutions to help make our community stronger." 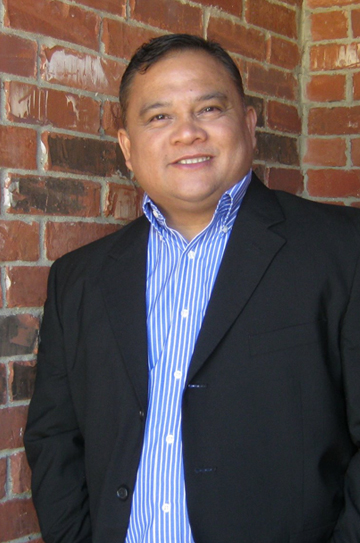 HERMAN MARTIR is the pastor of a multi-ethnic church in Fort Worth, Texas. According to his bio, Martir is also the president of the Asian Action Network and Asian Prayer Network, which are touted as "organizations aiming to strategically connect, empower and mobilize the Asian American Christians to pray and work together with moral and professional excellence, to see reformation in America."

"Martir first met Trump just a few months after he declared that he would be seeking the highest office of the land," reports Don Tagala on Balitang America. Martir related, "We went to his office and we prayed — I prayed with him, and I asked him why he was running for President. He said it's because he loves this country, and wants to make this country great again." He further explained, "I believe that if we give him a chance, as Filipinos…we are a perfect fit. He believes in us Asian Americans, because we are the second biggest taxpayers in the nation." 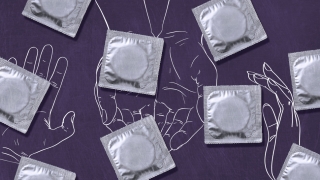 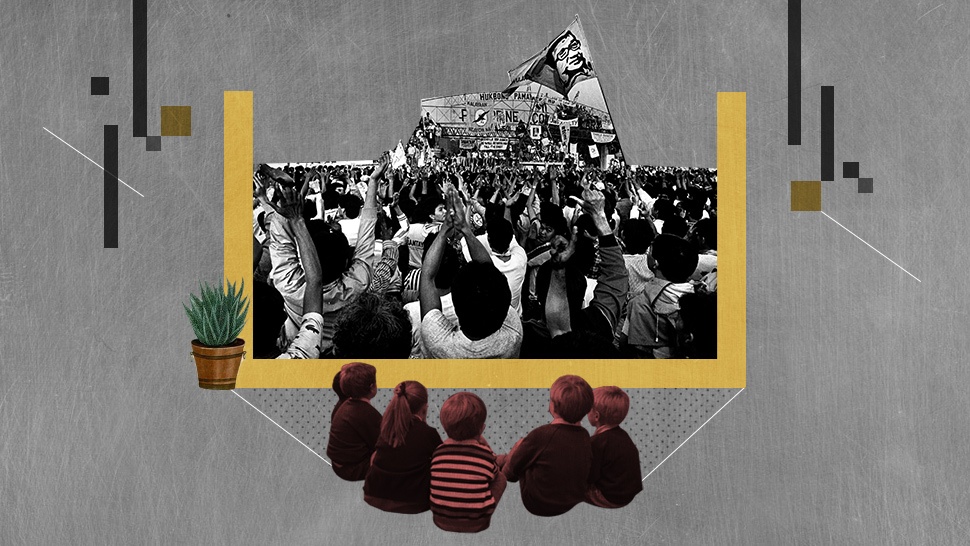 #NeverForget EDSA: A Brief Timeline of the People Power Revolution
All Photos
Comments
View As List