Those user agreements are not as benign as Big Tech would like us to believe. 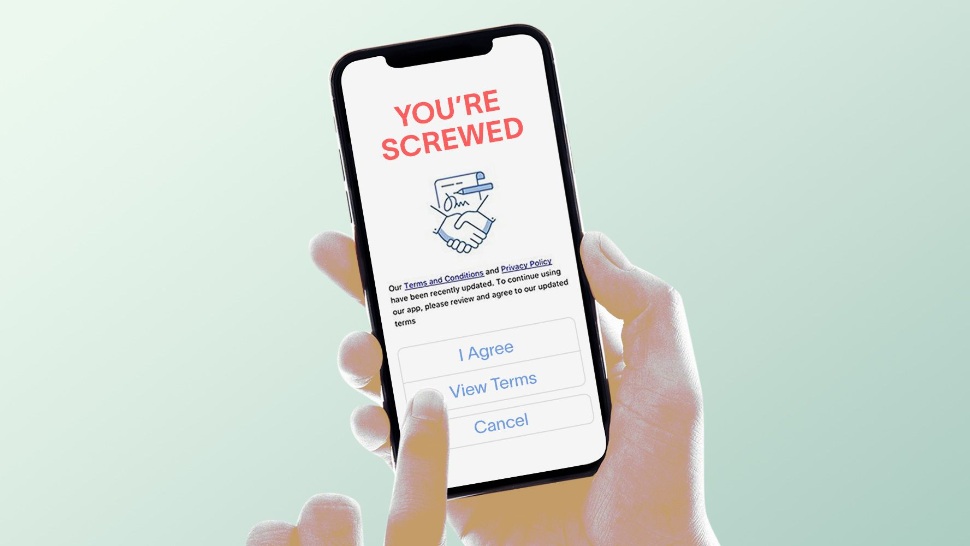 Have you ever tried to break up with Facebook? The process is a web, a labyrinth, a muddled mess. I'd used my Facebook account to sign up for Instagram and about a dozen other apps. So after deciding once and for all that my and Mark Zuckerberg's values are misaligned and that I'd be better off without his services, I began researching what would happen to those accounts if and when I finally parted ways with the Big Blue Thumb. That's when I got lost in an even knottier maze, constructed from the seemingly unending legalese that I'd consented to when I signed up, and which constitute most every app's barrier to entry.

Only when I got waist-deep in its legal jargon did I realize that Facebook—which I can't bring myself to call by its new-ish name, Meta, more than just the once—can, with few exceptions, store my data for as long as it wants to. Or sell that data so advertisers can better know my weak spots. Deleting my account would be relatively easy, and most of my activity would go with it. But not all of it; my messages to others, information about me that others have posted—all of that would remain.

The more I learned about these user agreements, which are worded beyond the comprehension level of the average reader, the more I felt like every piece of tech could take me down if it wanted to. I've stopped saying Alexa's name; she already knows too much about me. As recently as 2019, Facebook was recording its users' messages and could access their phone's call logs and SMS messages. Woof.

Since when did consumption in the digital space become so fraught? It's not like this IRL. You don't need to sign a user agreement to buy, say, a t-shirt at the local Gap. If the sales associate were to hand you a multi-page contract, you might think twice about that purchase. And while you 'll probably see a sign behind the register or on your receipt about the return policy, there's nothing about your privacy rights, or about how the company can collect your data and sell it to a third party, or about how you can't sue the Gap if there's a problem with your tee. There's no need; we have consumer-protection statues that govern such transactions.

Big Tech has managed to skirt around such trifles, says Nancy Kim, a professor at Chicago-Kent College of Law who studies the intersection of technology and the law, because they "don't fit into that consumer-product box. They're services, right? Facebook is a service, not a product, so it doesn't fall under the Uniform Commercial Code," the set of consumer-protection laws that have been adopted by all fifty states.

Washington is partly to blame. While the European Union has placed ever more restrictive regulations on tech companies in the interest of protecting consumers, the United States has taken the laissez faire route. "Our government has decided, 'Oh, private industry will deal with it,'" Kim says. "But private companies are greedy. They're not thinking about long-term social welfare; they're thinking about their private jets." She speaks from experience: Before entering academia, Kim served for years as legal counsel to several tech companies.

The media shoulders some responsibility, too, for how it has treated Silicon Valley with wide-eyed adulation instead of squinty-eyed skepticism. Since Big Tech began its ascent two decades ago, "the media has presented these companies as being different than those in other industries. The coverage is all starry-eyed. 'These are the wonder boys!'" Kim says. "But they're corporations, and we should be as skeptical of them as we are of any corporation."

In 2010, GameStation, a now-defunct British gaming retailer, proved exactly how much the fine print matters when it revealed that its online terms and conditions included a clause granting the company "a nontransferable option to claim, for now and forever more, your immortal soul." Big Bedazzled energy there. GameStation meant it as a joke, but at whose expense?

Such lame easter eggs abound. If you didn't make it to section 42, clause 11 of Amazon Web Service's agreement, you may not be aware that the company is not chill about its products being used for warfare (sorry, Dick Cheney), nuclear attack (sorry, Putin), or manned spacecrafts (does this apply to Bezos?). But if and when the zombie apocalypse comes, you can then, and only then, use Amazon's cloud computing platform to help stop the madness. According to Amazon Web Services' agreement, the platform's game-building tools:

"…are not intended for use with life-critical or safety-critical systems, such as use in operation of medical equipment, automated transportation systems, autonomous vehicles, aircraft or air traffic control, nuclear facilities, manned spacecraft, or military use in connection with live combat. However, this restriction will not apply in the event of the occurrence (certified by the United States Centers for Disease Control or successor body) of a widespread viral infection transmitted via bites or contact with bodily fluids that causes human corpses to reanimate and seek to consume living human flesh, blood, brain or nerve tissue and is likely to result in the fall of organized civilization."

And did you know you can't utilize Apple in the service of manufacturing nuclear weapons? By accepting Apple Media's terms, you agree that you won't deploy App Store purchases for any legally prohibited purposes, "including, without limitation, the development, design, manufacture, or production of nuclear, missile, or chemical or biological weapons." So no, Apple Music cannot be used to commit acts of terrorism. (Unless you count that whole U2 album drop as such.)

To make matters more bewildering, these agreements are being updated all the time. "I've read the terms of service of all these companies," Kim says, "but I haven't necessarily read them this week, right?" And considering that some of these bad boys can run tens of thousands of words long, who has the time to review each and every change? If I wanted to pore over too many words that would make me feel stupid, I'd have read Atlas Shrugged in college instead of the Sparks Notes version.

Typically, the changes are of little consequence. Hell, sometimes they're good, like Amazon's removal of its arbitration clause, which had restricted consumers' ability to sue the company. Or Facebook's decision to stops recording those conversations where, for example, your mom calls to tell you a neighbor has died. (You can keep that transcription, Mark.)

"Our government has decided, 'Oh, private industry will deal with it.' "But private companies are greedy. They're not thinking about long-term social welfare; they're thinking about their private jets."

But even the big changes that at first seem good can be more complicated on closer inspection. Consider the clauses banning abuse and hate speech. Twitter and Facebook were hailed for blocking Donald Trump's accounts in the final days of his presidency, but "when it's naked pictures of women being distributed by their angry exes, or girls and boys being bullied to the point of committing suicide, it's like, 'Oh, we can't do anything about it, sorry,'" Kim says. "But now that it's a politician you don't like, you're going to start paying attention?"

The obvious argument is that you should jump ship, right? Log off. Swap your smartphone for a Razr. Take yourself to the store instead of having everything delivered to your doorstep.

But that feels less like freedom than it does self-imposed punishment. And there are signs that the wind is blowing in our favor: In the past few years, Apple has planted its flag on the side of consumer protection by making it easier than ever to change your privacy settings however you see fit. "Still," Kim says, "it's just hard for people to understand what's going on, because it's not a transparent process."

We're all now caught in the web; we just need to keep an eye out for the spiders. And for goodness's sake, next time you agree to one of those agreements, do a quick search for "first-born" or "eternal soul." You know, just in case. 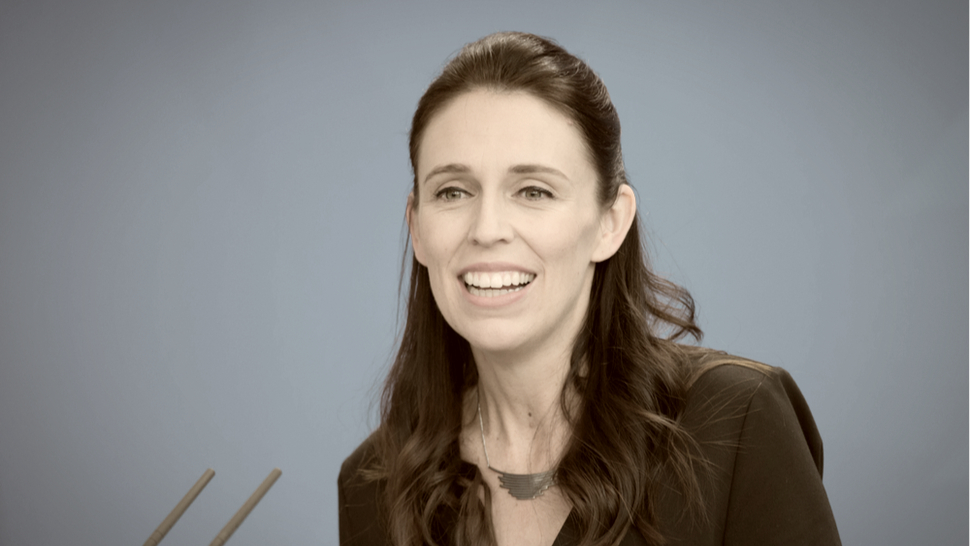 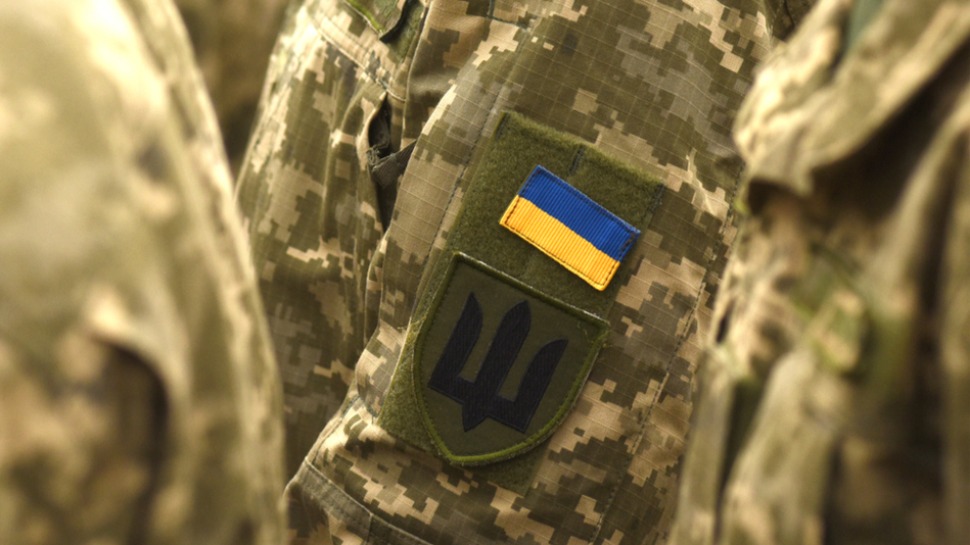 In Numbers: How Russia's Military Could Crush Ukraine Without Batting an Eye
All Photos
Comments
View As List