A Duterte Family Feud Broke Out on Social Media

One could arguably make a comparison between the social media of our time and the Jerry Springer Show of the ’90s. For in both, people put themselves on a stage for the world to see, bear their opinions and all the sordid details of their private lives, then come to blows about it. They call each other nasty things, fling as many expletives as they can, get into tussles with the audience, and are held back by extras who pretend to care. After a few more salvos and unconvincing arguments, they storm out, and no one wins, no problem is solved. Whether or not it’s fake, it makes for good television—or just another day on Facebook.

But if it’s difficult to picture America’s first family on the Springer Show, it’s not quite as hard to imagine the Dutertes duking it out on social media, because, well, it just happened. Presidential son and Vice Mayor of Davao, Paolo “Pulong” Duterte, posted this on his official Facebook page just hours ago: 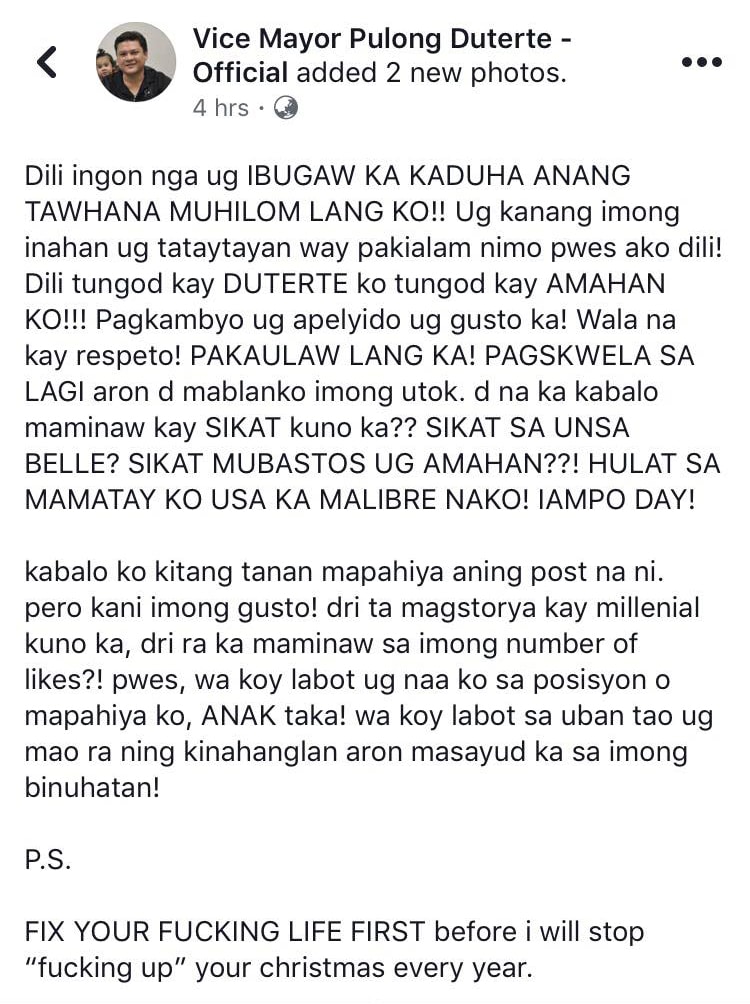 Translated (on Twitter, by actress Chai Fonacier, whom we trust), it reads:

P.S. Fix your fucking life first before I will stop ‘fucking up’ your Christmas every year.”

This long message was addressed to his own daughter Isabelle Duterte, who recently entered the public eye after her debut photo shoot at Malacañang Palace was criticized for its lavishness (and also, its illegality). Isabelle is Pulong Duterte’s daughter with ex-wife Lovelie Sangkola Sumera, born just a few years before they separated in 2005. 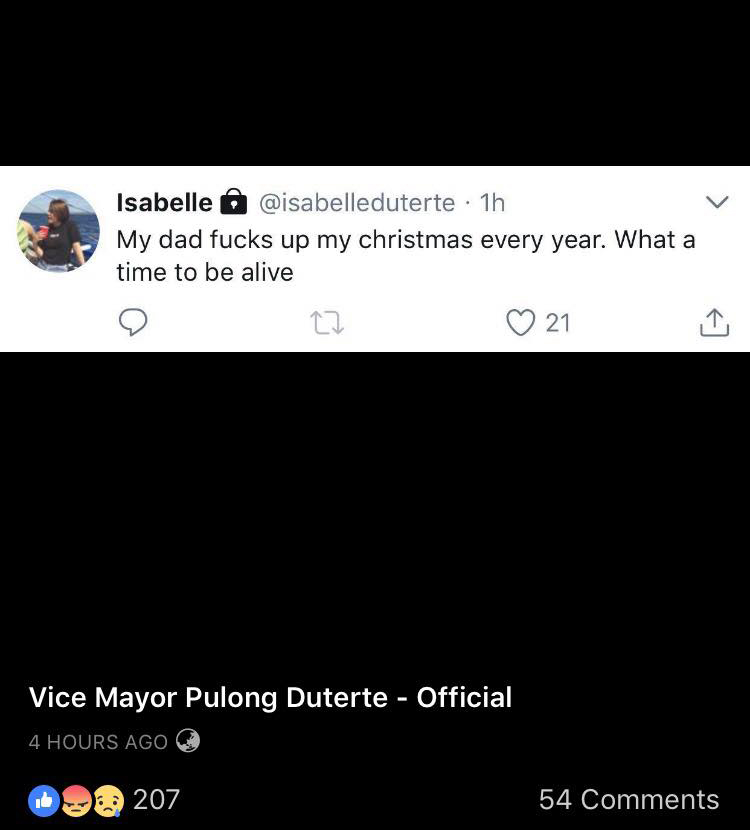 Her second subtweet lashed out even harder, and it’s hard not to appreciate the irony: 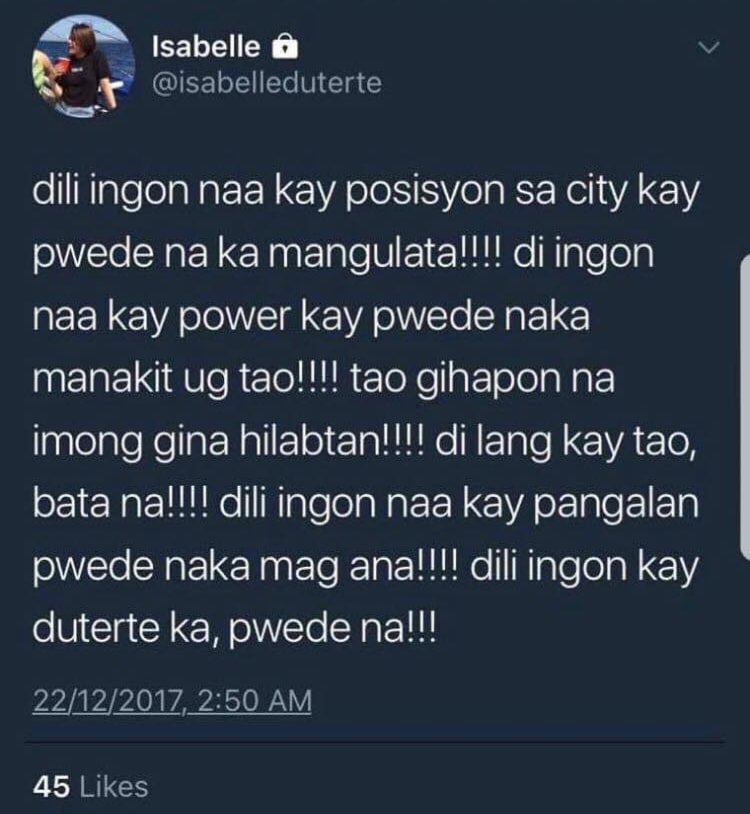 To which we say: Damn straight.

And also: Could it have something to do with this previous tweet?

Now, we won’t presume to know what’s going on between father and daughter here. Not yet, at least. What we can say is that Facebook is hardly the right place to air out this kind of dirty laundry, especially for the First Family of the country. It’s unbecoming, even of ordinary folks, to take personal squabbles out into the open. This should hold true, even in the age of social media, and especially for people who are immediately related to the president of a country.

But all we’re hoping for now is that the allegations of assault and battery would warrant some sort of investigation. We can at least hope for that...Right?