What smart, brave millennials can do about it.

Late last November, students asked me nicely if I could tweak my usual final lecture explaining the EDSA Revolution. They wanted me to include a commentary on the elections, the heated contest for the Vice Presidency, and the controversial Supreme Court decision allowing the burial of Ferdinand Marcos.

Before then, there were many debates online and off about Martial Law, and the relationship of memory and history. The one that had struck me most was the argument that said that “If you weren’t there at the time, you know nothing.”

In the first place, you could actually have been there, and known nothing, or admit nothing. Conversely, you could not have been there, but still learned through careful study more than an actual eyewitness. And what our nation needs, more than ever, 31 years after the EDSA Revolution, is a desperate need to distinguish history from myth, memory from propaganda.

And what our nation needs, more than ever, 31 years after the EDSA Revolution, is a desperate need to distinguish history from myth, memory from propaganda.

In the classroom, I have three definitions of history. First, there is history, the objective truth of the past, and can never be undone. Second, there is history as an academic discipline. This history, which is taught in schools, concedes that precisely because there is only so little empirical evidence left of the past today, we are reduced to making systematic, carefully studied conclusions and assessments.

Herein lies the sad situation we as Filipinos find ourselves in the present. We lie in the growing divide between what has happened, on the one hand, and, on the other hand how what has happened is remembered, not remembered, or worse, deliberately misremembered. Every human being is born with individual memory, shaped and influences by life experiences. However, since individual memory is also finite in capacity, as we age, specific memories are forgotten more quickly than others.

But what we face today as a nation is not just about individual memory. The bitter campaign period, captured in public statements, and in print and online media, stems from the second kind of memory: social memory. A recent field of study, social memory examines how institutions construct memory, manifested in the form of university curriculum, cultural traditions, museums and monuments, and even the movies we watch.

Social memory is malleable, contingent on factors such as the loyalties and priorities of the government in power, or as we have seen, the failure of one generation to pass on knowledge to succeeding generations.

Like individual memory, social memory is malleable, contingent on factors such as the loyalties and priorities of the government in power, or as we have seen, the failure of one generation to pass on knowledge to succeeding generations. When those who have had the opportunity choose to be silent, they waive their right to tell the truth. The void of factual data can be easily hijacked by people with dangerous agendas. Propaganda and deceit replace actual history; and we may become complacent in our ignorance.

As a history teacher—and as a citizen especially concerned about preserving our shared memories, I am especially alarmed by this dangerous war waged against history, this war on memory. When people speak of the Martial Law period today as a “thingy,” it becomes a mockery of the memories of those who fought and died; it becomes a mockery of memory itself. This period in our history should not be the end of memory. When young Filipinos aggressively and intelligently fight back against falsehoods and those who seek to impose this travesty of history and memory—this is a beginning.

To this brave generation, never let anyone take the narrative away from you. Ever. 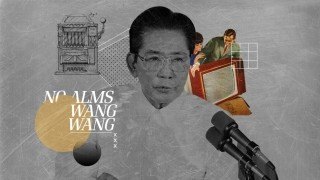 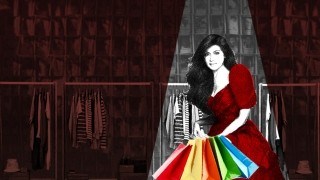