Never forget the viral Harry Potter and Marcos analogy when seemingly silly tweets demand you to think, looking beyond rhetoric, and see the distortion of truth. 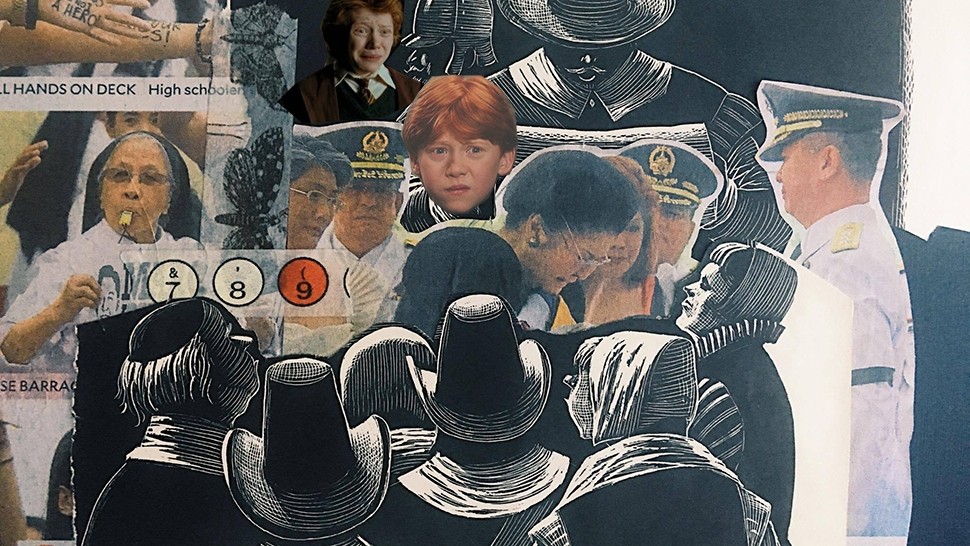 After the shockingly swift burial of the dictator Ferdinand Marcos in the Libingan ng mga Bayani in Taguig last November 18, 2016, we saw how collective dissent and anger against this injustice was brought not only to the streets but to the vast reaches of the internet.

Alongside rallies and protests on EDSA and Katipunan Avenue in Metro Manila, in the cities of Cebu, Davao, and Baguio, as well as in other parts of the country, Filipinos have continuously used social media to air their indignation against this unconscionable disregard for the abuses and suffering many Filipinos experienced during the martial rule.

We are nation quick to adapt to new technology and it comes as no surprise that Twitter and Facebook became the battlegrounds of the anti- and pro-Marcos groups in this issue—one that has greatly divided the country.

Amid the thousands—if not millions—of tweets, Facebook statuses and posts, there was one surprising yet amazingly effective player in the anti-Marcos side of the issue on the Web: Harry Potter.

Noelle Capili (@IndividNoellism on Twitter) illustrated the flawed rhetoric of pro-Marcos groups by satirizing it in the context of one of the most famous and beloved tales ever told, the story of The Boy Who Lived.

She used characters and plot lines from the international bestselling books about a boy wizard by British author J.K. Rowling to display the heights of absurdity some Marcos apologists have reached just to excuse the crimes done by and in the name of the late tyrant.

In one tweet, Capili noted how Marcos apologists often belittled Marcos critics who weren’t born during the Marcos dictatorship.

Translation: Hey, Harry Potter, you don’t have the right to fight against Voldemort. You weren’t alive when he sowed terror. Just shut up!

She even commented on how people irresponsibly spread lies and fake news on social media by comparing them to Rita Skeeter, the gossipmonger in the “Harry Potter” books who fabricated stories about Harry and his friends.

These tweets mirrored the hackneyed, often ludicrous pronouncements of the pro-Marcos groups and online trolls who denigrate and attack people who have been very vocal about their disapproval of how memes, fake news, and propaganda videos have distorted and whitewashed one of the darkest eras of Philippine history.

Capili’s tweets were not only witty; they were also very effective in getting her point across. Judging by the thousands of retweets she garnered on her Twitter account, many got her “Harry Potter” references. One person even screen-capped her tweets and shared them on Facebook, a post that at press time has gotten over 16,000 reactions and 22,000 shares.

Once you dive into the black hole known as the comments section of the politically charged Facebook post, however, you’d see the varying reactions of netizens—mostly the youth—regarding Capili’s use of “Harry Potter” to comment on this highly contentious issue.

Most found the tweets hilarious. Some found it brilliant and smart to compare Marcos with Voldemort, since the two have obvious similarities. A few stragglers, if we take their comments at face value, completely lost the plot and didn’t get the irony. But what struck me the most were the people who were upset that Capili injected political sentiments into “Harry Potter,” as if her tweets somehow sullied the already very political story of how an orphaned boy and his friends triumphed over a tyrannical mass murderer.

One such commenter was dismayed at how “Harry Potter” was dragged into the issue. Another pointed out that although he understood what Capili was trying to say, he couldn’t help but take the tweets personally because these were about Rowling’s books.

Capili’s tweets will make you laugh, but they also demand you to think, to look beyond the rhetoric, and see the distortion of truth. Yes, her tweets were outrageous. (And I can’t help but wonder what Rowling would say if she found out about them.) But more than the wit and humor, what made Capili’s statements ingenious was they were said at the perfect time and in the perfect space.

She weighed in on a hot-button issue by utilizing the context of a universally well-loved book series. Fan or not, if you’ve read Rowling’s books you’re bound to have an opinion on these tweets. The statements were both insightful and incendiary to the point that they begged a response from its reader—regardless if it were a well-thought-out analysis or a knee-jerk reaction.

What the tweets and people’s consequent comments about them emphasized more than ever is how the fiction we read (and the shows we watch) has a substantial influence on how we see other people, our world and ourselves.

Stories like Harry Potter and Suzanne Collins’ The Hunger Games have become more than words printed on paper. These can be guides to help us make sense of and navigate the fraught political and social landscape.

Harry Potter is not merely a tale of friendship, heroism, courage, and sacrifice. It is also about politics, slavery, greed, corruption, racism, bigotry, war, and hate.

The Hunger Games is not just about a girl trying to survive a televised game of death and being torn between two loves. It is also about poverty, propaganda, totalitarianism, the desensitizing effect of violence in television, and the physical, psychological, and emotional trauma that people experience due to warfare.

These stories are not limited to popular young adult literature. Art, music, film, and television—these are all also mediums in which stories are told. And these are especially powerful in conveying important messages to their audience.

Critics have touted American television series You’re the Worst, Crazy Ex-Girlfriend and Bojack Horseman, among many others, for depicting nuanced and complex portrayals of characters who have mental illness, a topic that is still a taboo in most parts of the world, including the Philippines.

Western television show Supergirl, as well as local series Till I Met You, and My Husband’s Lover, on the other hand, have been praised for giving LGBTQ (lesbian, gay, bisexual, transgender, and queer) characters in their cast prominent story lines.

Stories, be they in books or on screens, have the ability to touch on the social, the political, and the personal.

I am not downplaying the entertainment value of popular culture. We have often turned to books, movies, and TV shows to escape and find pleasure. But this does not in any way erase the fact that popular culture has shaped and continuously shapes the way we talk, act, and live.

I could even argue that because of the democratization of media due to the Internet and technology, our devotion to popular culture and fandom is as intense (if not greater) as our participation in political and social discourse.

Rabid fans have railed over the gender swapping of their comic book heroes. Some have urged boycotts on a popular film franchise and a Broadway musical after perceived slights against U.S. Republican leaders and agenda. Much has been said when the Metro Manila Film Festival executive committee snubbed blockbuster productions featuring high-profile actors in this year’s December fest.

Books, films and television shows, fictional they may be, are increasingly becoming more important especially in a time when truth and fact no longer seem to matter.

History is being revised over and over again to the point where a dictator is given a hero’s burial. Facts are manipulated by professional spin-doctors to suit whatever agenda they are promoting. Post-truth politics is the name of the game not only in the United States and in our country but also in other nations in Asia and Europe. Our very own president seems to have rendered language useless and meaningless.  His spokespersons tell us that his problematic statements should either be seen as a “joke” or interpreted using our “creative imagination.”

If we cannot see the light and the truth in a society plagued by lies and confusion, maybe we can turn to pop culture to help us become more critical and discerning thinkers.

If we need to revise popular fiction—much like what Capili did with her tweets and Vinz Lamorena wrote in her article in the Philippine Daily Inquirer’s Super—to push us into questioning and deconstructing the demagoguery in social and political discourse, let’s do it.

If we need to use our favorite stories and beloved characters in popular culture—our Harry Potters and Luke Skywalkers, our Iron Mans and Supergirls—to prod us into analyzing and understanding the multifaceted and complex issues of our world, then by all means, let’s use them.

Stories can inspire the weak and give hope to the despairing. Stories can awaken the deadened hearts and minds of a people struggling to survive in a world mired in political acrimony, social tensions, environmental catastrophes, and economic turmoil.

Let us not forget that it was stories—Rizal’s Noli Me Tangere and El Filibusterismo—that sparked the revolution that gave us the rights and freedom we are enjoying today.# 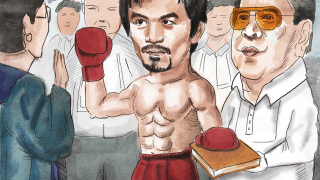 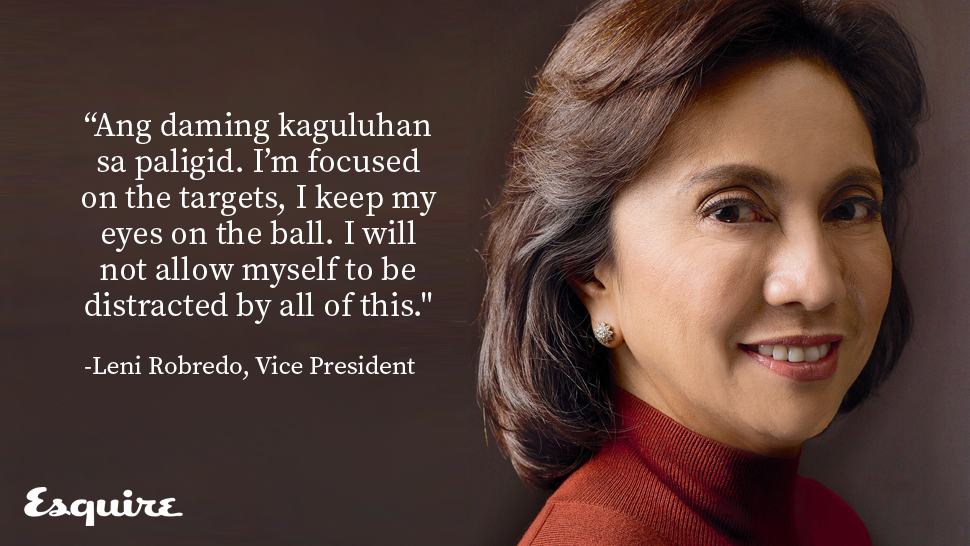