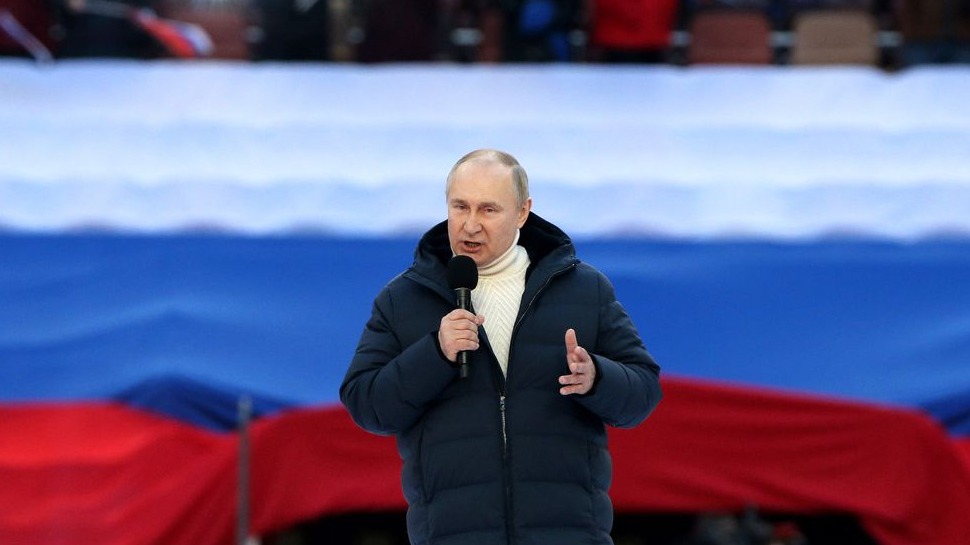 Vladimir Putin gave a couple of crazy-assed speeches this week. On Thursday, he managed to almost go full Stalin. You never go full Stalin. Shooting all your generals immediately prior or during armed combat is always a terrible idea. Putin hasn't gone there yet, but he warned “traitors” that he’s coming for them next. From Reuters:

The Kremlin leader assailed Russians who he said were more mentally in tune with the West than Russia, and said the Russian people would quickly be able to tell the difference between traitors and patriots. "Of course they (the West) will try to bet on the so-called fifth column, on traitors - on those who earn their money here, but live over there. Live, not in the geographical sense, but in the sense of their thoughts, their slavish thinking," he told government ministers, three weeks into Russia's war with Ukraine. "Any people, and especially the Russian people, will always be able to distinguish the true patriots from the scum and the traitors, and just to spit them out like a midge that accidentally flew into their mouths.”

Then, on Friday, he got up in front of a stadium full of witnesses, some of whom may even have been happy to be there, and praised how unified all of Russia is behind him and his new project of doing war crimes in Ukraine. From the Guardian:

Putin sought to justify his actions during his speech by repeating his unfounded claims that Ukraine was committing genocide in the Donbas region. “This really was genocide. Stopping that was the goal of the special operation,” Putin said, adding – contrary to evidence – that Ukrainian civilians had welcomed Moscow’s invading troops. Dressed in a turtleneck and coat, Putin said the operation in Ukraine was necessary because the US was using the country to threaten Russia. He also hailed the actions of the military fighting in Ukraine by paraphrasing a Bible saying. “There is no greater love than giving up one’s soul for one’s friends,” he said.

And, in a civil court in the Beyond, St. John the Apostle files a copyright infringement suit. Alas for the Russian president, the TV feed of his stadium rally cut out right before his big finish. And not once did Putin point at the cameras and complain that they turn them off when I’m right.

Frankly, I don’t think the fellow is very well-strung these days. A lot of his political and kleptocratic secrets have been revealed to the world, in part due to the sanctions levied on Putin and many of his oligarchical hirelings. And how he came to have these hirelings is the subject of a terrific story in The New Yorker by Patrick Radden Keefe. The piece begins with the saga of Roman Abramovich, the oligarch most famous for having purchased Chelsea, a club in the English Premier League. (That’s soccer, you barbarians.) Simply put, Putin took oligarchs like Abramovich and gave them the same sort of deal that Whitey Bulger once offered to the owners of the South Boston Liquor Mart, although Whitey never sent anyone to the wastes of the Arctic as part of the deal.

When Abramovich went to Chukotka, Belton tells us, he did so “on Putin’s orders.” The first generation of post-Soviet capitalists had accumulated vast private fortunes, and Putin set out to bring the oligarchs under state control. He had leverage over government officials, so he forced Abramovich to become one. “Putin told me that if Abramovich breaks the law as governor, he can put him immediately in jail,” one Abramovich associate told Belton. A “feudal system” was beginning to emerge, Belton contends, in which the owners of Russia’s biggest companies would be forced to “operate as hired managers, working on behalf of the state.” Their gaudy displays of personal wealth were a diversion; these oligarchs were mere capos, who answered to the don. It wasn’t even their wealth, really: it was Putin’s. They were “no more than the guardians,” Belton writes, and “they kept their businesses by the Kremlin’s grace.”

All gangsters are the same. Some of them just have nukes is all.

Also Read: Is Putin Crazy? Or Did He Just Get Some Bad Intel?

Weekly WWOZ Pick To Click: “Ninety-Nine and a Half” (New Orleans Spiritualettes): Yeah, I still pretty much love New Orleans.

Weekly Visit To The Pathe Archives: Here, from 1930, the Irish National Army parades on St. Patrick’s Day. Only a decade earlier, of course, some of those people were considered terrorists and traitors to the British Empire. History is so cool.

Speaking of Ireland, the national rugby team is having a great campaign in the Six Nations tournament. Amazon Prime carries the matches, but restricts them to citizens of the UK. So when a fan in Northern Ireland complained to Amazon that he was locked out of seeing the match, they told him it was because he didn’t live in the UK. Thus, for a day or so, Amazon managed to produce a 32-county Irish republic.

(Eventually, after a Twitterstorm and general hilarity, Amazon changed its policy with regard to Northern Ireland.)

Things I did not know before Thursday: that St. Peter’s point guard Matthew Lee, who played so well in the Peacocks’ upset of Kentucky, is the son of Marquette legend Butch Lee, so there is a small shrapnel of alma mater left in the field after that unfortunate tussle with North Carolina. And that’s all I have to say about that.

Scientists originally found remains of an armored dinosaur, which they named Yuxisaurus kopchicki, in 2017 in the Yuxi region of Yunnan province, an area that has been a hotspot for dinosaur discoveries. Research on the specimens began in 2019, according to study author Shundong Bi, professor at Indiana University of Pennsylvania.

The ancient creature belongs to the thyreophoran group, the same as its distant cousin the Stegosaurus, said study author Paul Barrett, merit researcher at the Natural History Museum in London. It likely lived 192 million to 174 million years ago and is the first thyreophoran from that time period to be recognized in the region, according to the study.

These primordial tanks are one of my favorite examples of evolution gone wild. And it continues to fascinate me that we’re forever discovering sub-groups of sub-groups of species. I remember when there were only about 10-12 dinosaurs you had to know. Still more proof that they lived then to make us happy now.

I’ll be back on Monday when the hearings into Judge Jackson’s nomination take their turn under the Big Top, in case you’ve forgotten what a tool Josh Hawley is. Be well and play nice, ya bastids. Stay above the snake-line, wear the damn mask, and get the damn shots, especially the boosters, roosters. And spare a prayer for Ukraine. 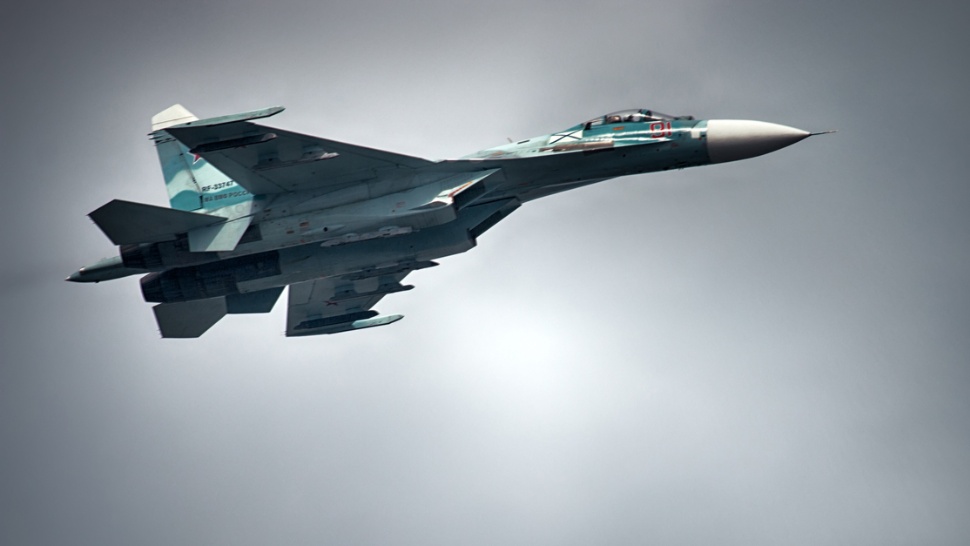 Once Again: Risking Direct Military Combat Between the U.S. and Russia Is Not Acceptable 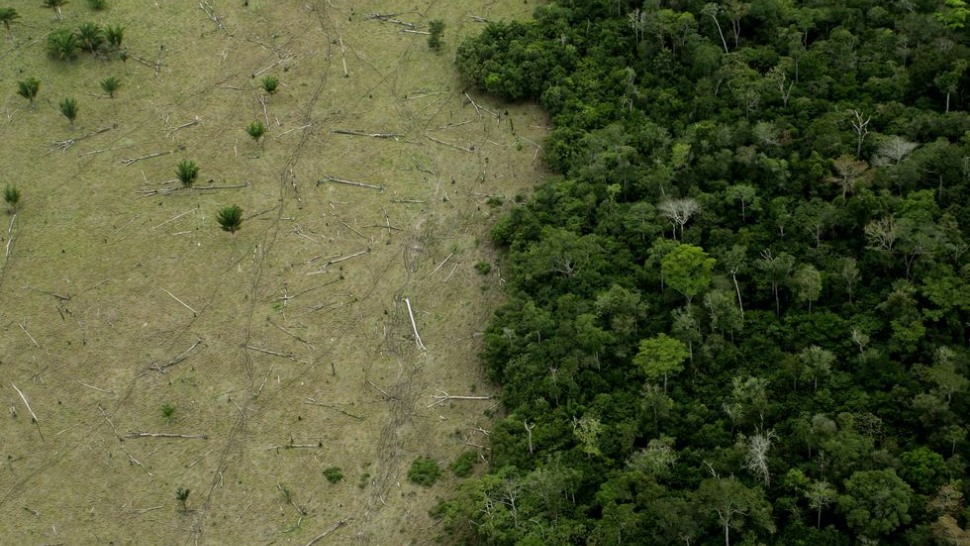