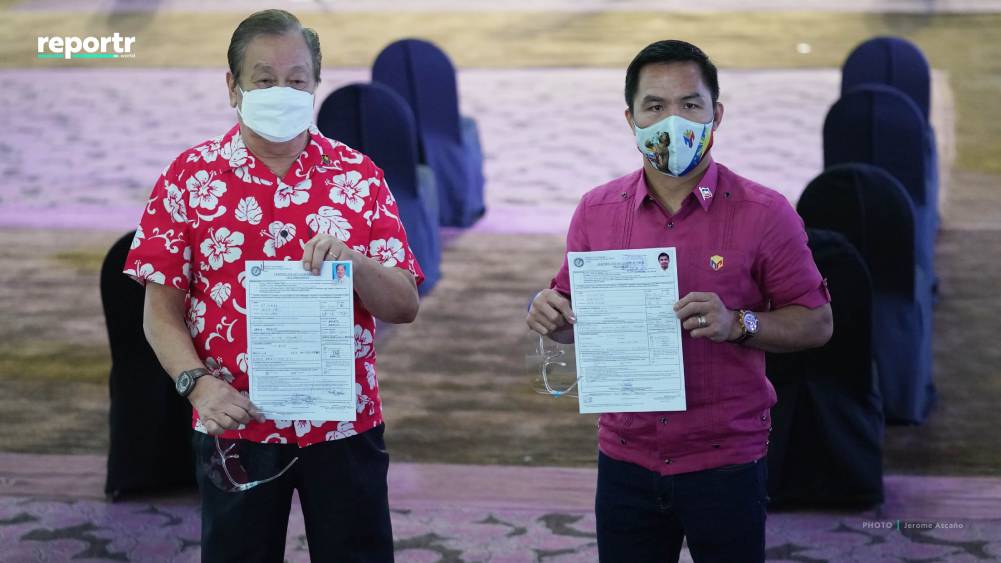 Sen. Manny Pacquiao on Friday filed his certificate of candidacy for president in the 2022 elections, betting his post-boxing career on the highest office in the land.

The 42-year-old  filed his certificate of candidacy for president accompanied by wife Jinkee. He is running alongside his longtime ally, Buhay partylist Rep. Lito Atienza.

Pacquiao said he chose Atienza to be his running mate due to the former Manila mayor's track record in public service.

Pacquiao was formally nominated for president by a faction of PDP-Laban which he leads, ignoring the actions of another group within the party backing the vice presidential bid of President Rodrigo Duterte.

Prior to filing his certificate of candidacy, Pacquiao announced his retirement from boxing, allowing him to focus on his presidential bid.

In accepting his nomination as his faction's standard bearer, Pacquiao renewed his commitment to address poverty and corruption in the government. His exposés on anomalous government transactions earned him the ire of Duterte, who berated the senator publicly during his late night speeches.

“We need progress, we need to win against poverty. We need a government to serve our people with integrity, compassion and transparency.... The time is now. We are ready to rise to the challenge of leadership,” Pacquiao said.

The disagreements between Pacquiao and Duterte resulted in the senator being removed as acting PDP-Laban president by the group led by Energy Sec. Alfonso Cusi, who was elected in his place.

The Cusi camp nominated Sen. Bong Go as its presidential candidate for the 2022 elections, with Duterte as vice president. While the 76-year-old leader accepted the endorsement, the senator repeatedly declined the nomination.

Pacquiao's camp, however, maintained that they are the natural continuation of PDP-Laban. Former Sen. Aquilino "Nene" Pimentel Jr., the father of Pacquiao's ally Sen. Koko Pimentel, was the founder of the party.

The Cusi camp then brought its case before the Commission on Elections urging the body to declare the Pacquiao faction "illegitimate." The poll body is expected to tackle the dispute within PDP-Laban ahead of the 2022 elections. 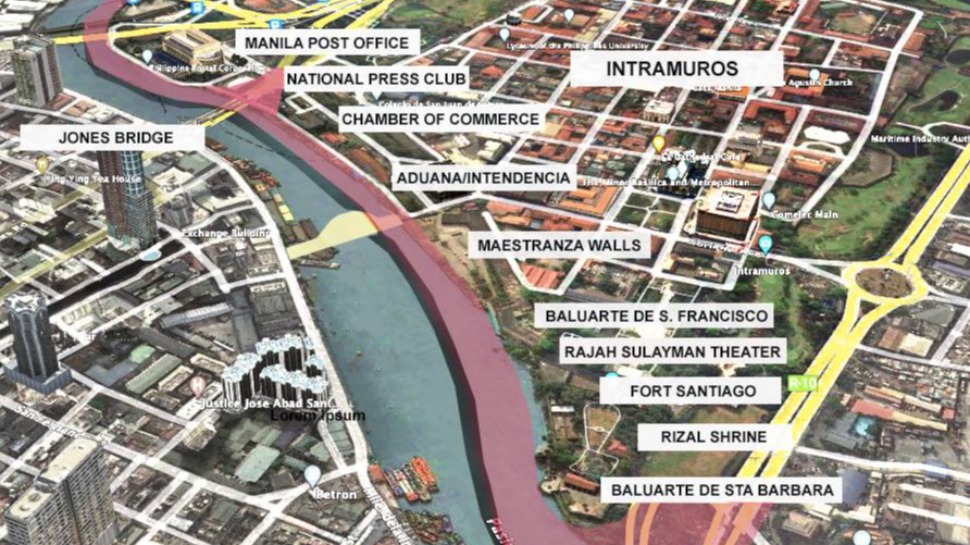 These Heritage Sites Could Be Affected by PAREX, Says Urban Architect
All Photos
Comments
View As List