Meet the Best-Dressed Lolo on the MRT

This dapper grandpa has been quietly dressing VIPs for 50 years, but it was his timeless style that made him an Internet sensation. 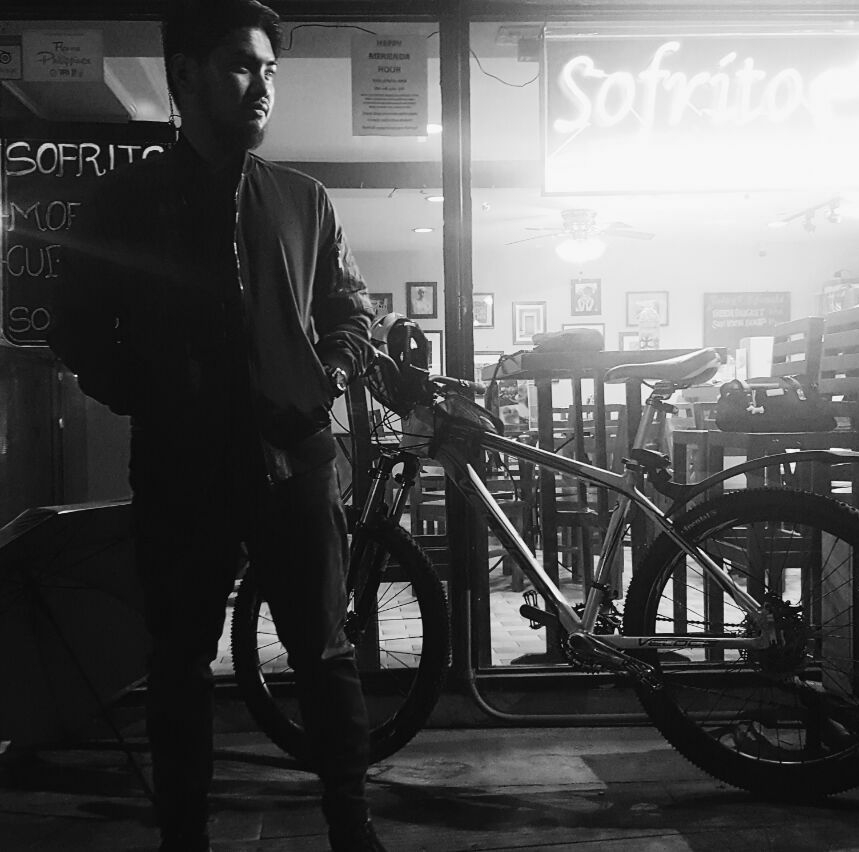 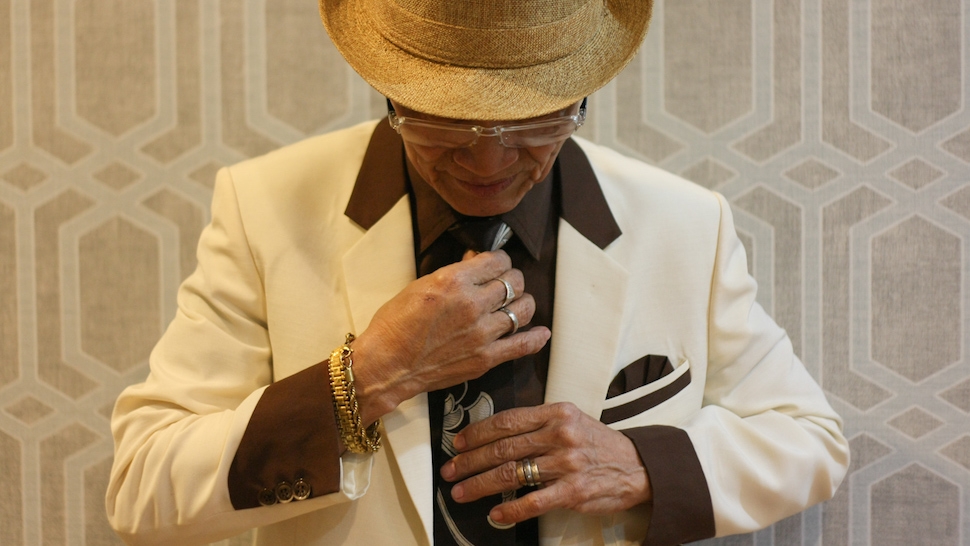 At 72 years old, Alejandro Sanga Tayag still travels every day from San Simon, Pampanga, to Makati. Faces blur in the crowded MRT cars, but his is hard to miss. He's the cool guy in the first car, consistently donning a snappy suit with a matching trilby. In the sea of normcore commuters, he was a viral sensation waiting to happen. A photo I took of him in his sharp three-piece suit at the North Avenue station currently has over 8,000 likes and 3,000 shares, with commenters describing him as “lolo lit” their new “life goalz, yo.”

He's called Alex and he's pretty well-versed in the language of fashion—he’s been making suits for a living for the last 20 years. At Suit It Up Manila where he works, he is endearingly called "Maestro"—a master tailor, the highest title one could hope to achieve in the industry. Franco Ongkingco, owner of the family-run custom clothing business, has nothing but praise for him. “Maestro is the heart of our operation,” he said. “We use his imagination and creativity for many purposes, and he has not failed to deliver once.” Yet, despite his tenure and other areas of expertise, Maestro always finds his heart running back to making suits.

Maestro's childhood was hardly picture-perfect: His strict mother allowed only white T-shirts. “She wanted us to always look neat,” he recalls. “My father, a tailor, was something else. He made many wonderful clothes—he awakened my passion for fashion.” His frustrated style, however, has only developed through the decades. He credits his love for dressing up to his uncle, Ando Lopez. “He was voted best-dressed Filipino back in the '50s. Whenever people [told] me I looked like him, I’d be so flattered!”

Maestro first picked up a needle and thread back in 1960, when he quit high school. “I was supposed to be an engineer,” he reveals, “but I ended up making clothes.” In every sense, he still has the skills you'd find in any good engineer. Decades of devotion to his craft has given him steady hands, precision, and not to mention the sensibilities of a true artist.

He tailored his very first suit in a small Caloocan atelier back in 1965. Back then, at 21 years old, he was considered the youngest suitmaker in Manila. For the next five decades, he was able to provide for his family through his craft: He has six children—all college graduates—15 grandchildren, and three great-grandchildren. “I’m very thankful for what I have,” he said. “Not many people in my profession can say the same." 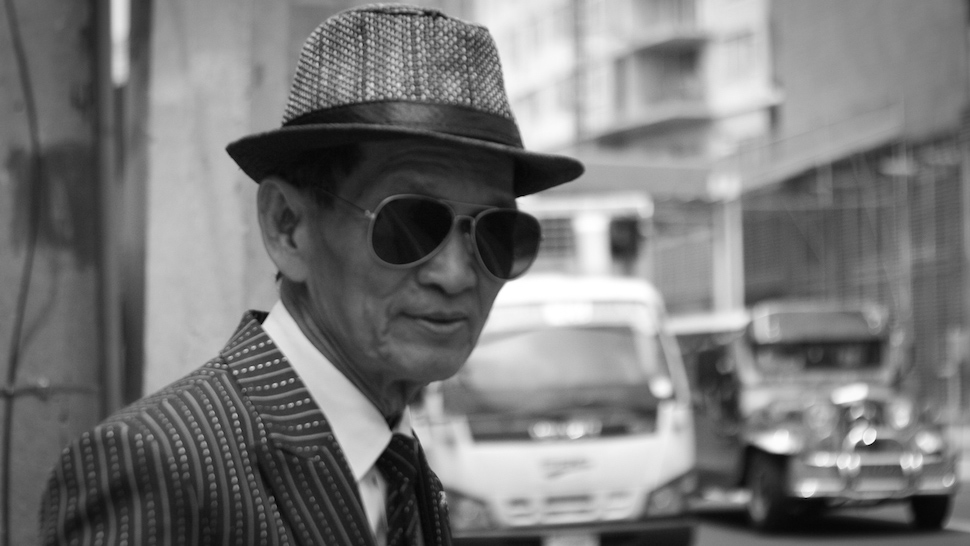 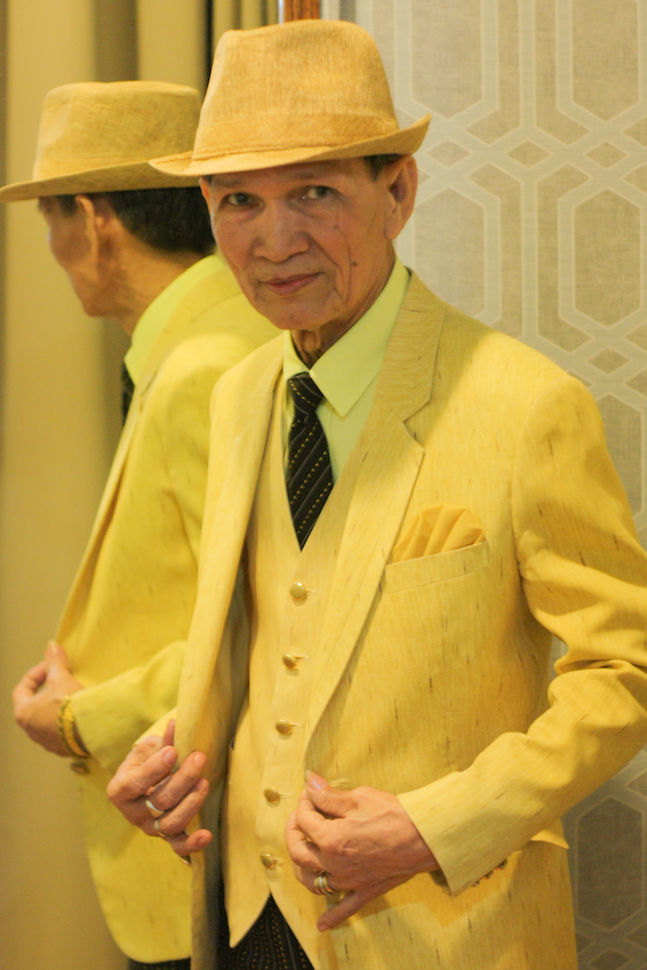 Some of the famous faces that have worn his masterpieces include Alden Richards, Isabelle Daza’s husband Adrien Semblat (plus his entire wedding entourage), Coco Martin and the cast of Ang Probinsyano, and Daniel Matsunaga. But Maestro doesn't get blinded by the star status of his famous clientele. Everyone is equally taken care of and he considers all requests. “When the client is happy, mamahalin mo din talaga. Once, a customer wanted to frame a suit I made instead of wearing it,” he says with a twinkle in his wizened eyes.

Maestro is not afraid to try new things, even in his twilight years. “I once made a tuxedo out of pinya fiber—the first of its kind,” he said, proudly showing a photo of Borgy Manotoc wearing his creation. “I thrive in making things I haven’t done before. It makes this job fun.” His eye for style is impressive, his intuition accurate. In fact, even at his age, he still retains a sort of youthful exuberance. “Suit It Up Manila made him 30 years younger,” Franco related. “I think it’s because he’s happier that he has a clearer vision of what he wants to do.”

“Dressing well commands the respect of others. You can walk into any place like you own it.”

He showed up to the interview wearing his latest creation—a dark brown pinstripe three-piece worn over a bright yellow shirt. He matched it with a simple red and black resin watch—a contrast to the gold and silver trinkets that adorned his wrists and fingers. “Mas bagets,” he quipped. He later showed off the golden number he made for his 50th wedding anniversary. “I own 12 suits that I made myself!” Maestro shared.

In the age of fast fashion, Maestro still believes going bespoke is worth every penny. “It pays to tailor your clothes to fit,” he said.“Fast-fashion brands make clothes that only fit certain body types well, and this makes it tricky for everyone else. The secret to looking good is making your clothes fit you—not struggling to fit in your clothes.”

“Dressing well commands the respect of others. You can walk into any place like you own it.” And while he's quite exuberant for his peers, Maestro waves off today's fashion retail standards. “Young men today look lousy,” he says. “Fast-fashion brands make clothes that only fit certain body types well, and this makes it tricky for everyone else.” 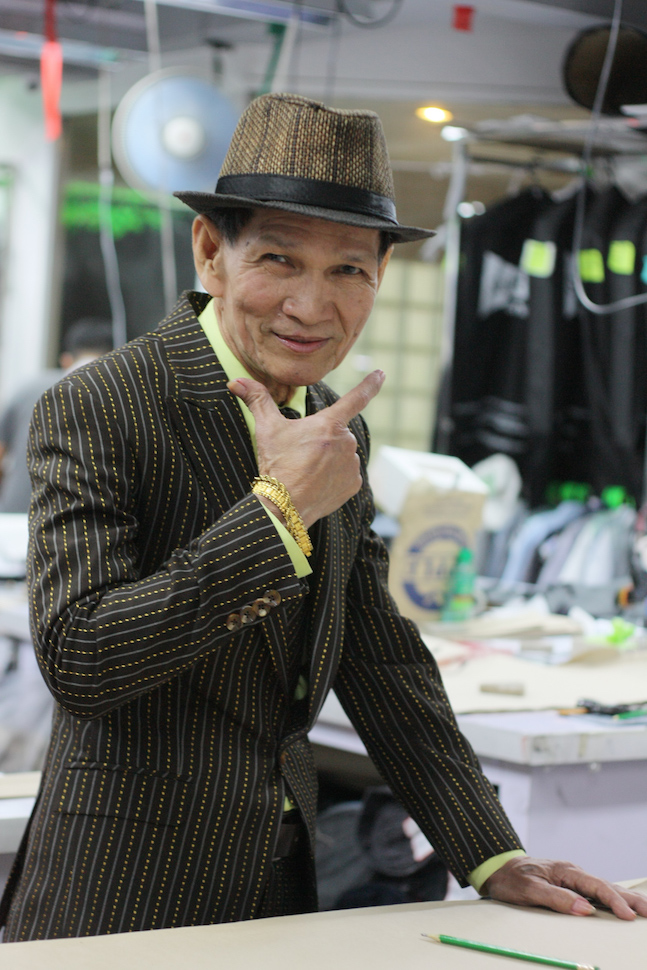 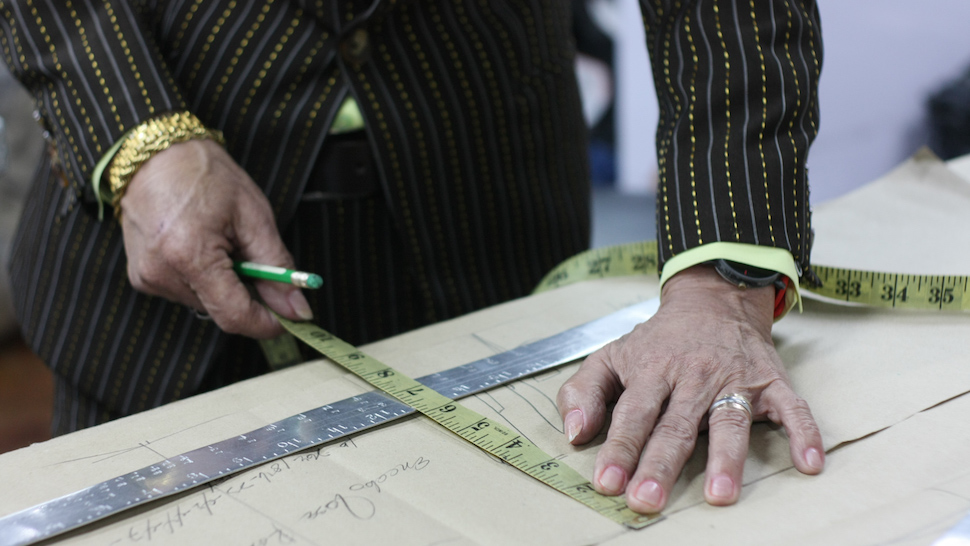 Maestro is committed to quality. He proudly brandishes his left ring finger, adorned with three wedding bands—one for every 25 years of marriage. “It’s something that young people take for granted. You want to do many things at once. We stick to one thing and see it until the end. To be a master, you have to devote yourself to your craft, day in, day out. For me, it was five tireless decades of cutting, sewing, fitting, measuring.”

Watching Maestro work is hypnotic, like a different time preserved through the way his hand swiftly but carefully glides the blade through the cloth, the efficiency in how he puts together the pieces. It looks easy, but this effortlessness is one that's been developed through a lifetime of dedication.

You leave Maestro in his workplace probably carrying a new suit, but it's much more than that. This is how you make a lasting impression.

About The Author
DD Ocenar
View Other Articles From DD
Get The Latest Updates From Esquire!
Subscribe to our newsletter!
Latest Feed
Load More Articles
Esquire Money 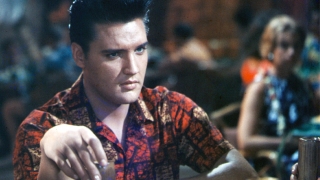 How To Look Good Wearing A Short Sleeve Shirt This Summer 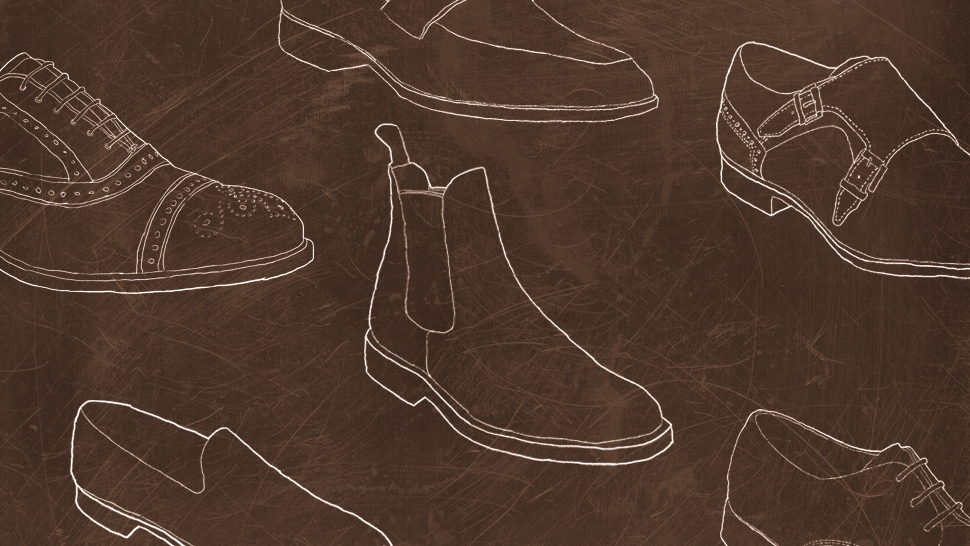