The fascinating curation of Jacko-inspired art could do wonders for your wardrobe. 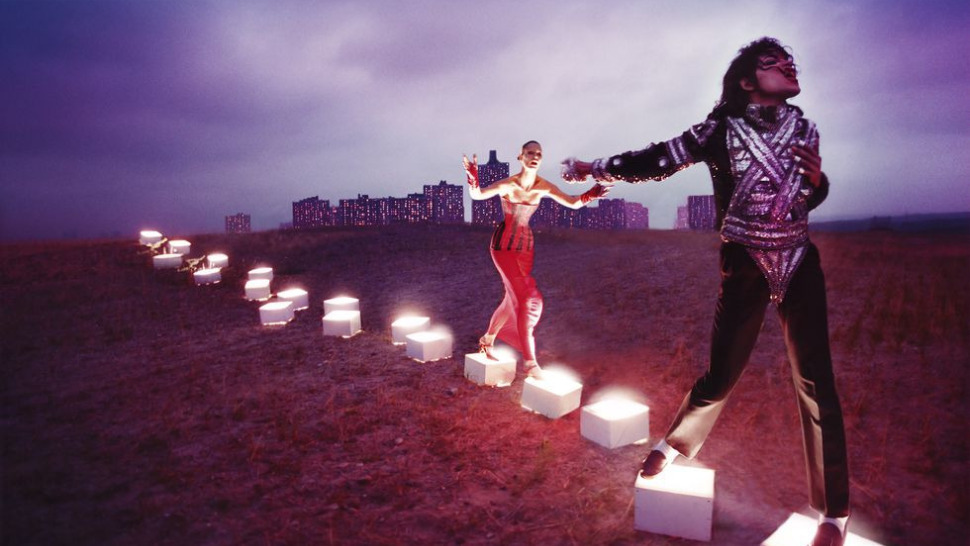 There is no way that the National Portrait Gallery's new show is not going to be a hit. For starters, it's about Michael Jackson, whose endlessly replicated, manipulated, and dissected image is almost as intriguing as his music.

Also, it features the works of some phenomenal artists who have made works featuring the King of Pop, from Andy Warhol and Isa Genzken to Graham Dolphin and Kehinde Wiley. And, for the aesthetes among you, it offers style inspiration by the bucket load, reassures those that have started to doubt the menswear classics in the modern streetwear-dominated arena, and even offers prescient insight into next year's big trends.

Good news for when you're staring at the man in the mirror (sorry).

1. Don't be scared of white tailoring

If you thought the all-white look was reserved for the Eighties and cheesy barmen, then you were wrong. As Jackson demonstrated throughout his career, white tailoring, when cut perfectly, can do wonders. Did you know that MJ is wearing a white Hugo Boss suit on the cover of Thriller (1982)? The Exhibition features "Thriller (Black & White)" by Graham Dolphin (below) and if it strikes a chord, you'll be able to buy one of 100 reissues of the suit from Boss this August.

2. You can wear white socks with black loafers

Yes, it's a punchy look, and no, MJ wasn't the only person to do it (see Paul Newman or Paul Weller, for example), but it was one of his things, and there's no reason it shouldn't be one of yours, too. The good news is that 'apron' shoes (those with a flat-top toe; penny loafers, boat shoes etc.) are on the way back in, so come spring 2019 you won't be making an outlandish statement anyway. 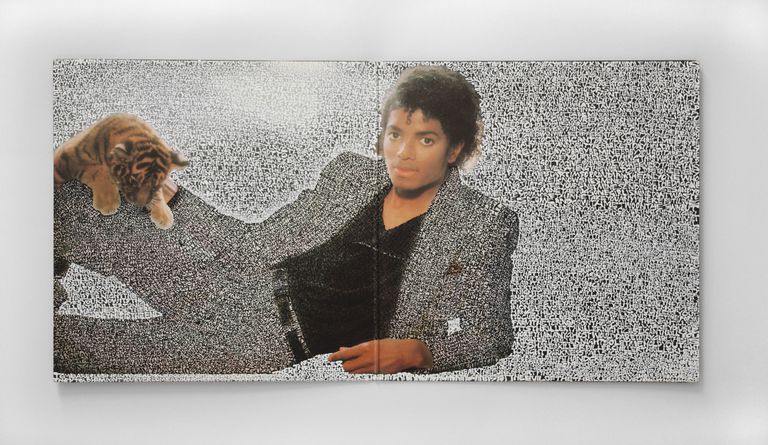 The white sock/black loafer thing is a fine example of Jackson's love for collegiate dressing in the early Eighties, as the exhibition demonstrates. It's perhaps best typified in his red letterman jacket in the video for "Thriller," and along with good white T-shirts, khaki chinos, and tennis shoes, a jacket like that is one of the best Ivy League-style investments you'll ever make.

This isn't something we'd espouse a lot of, but off the back of the recent S/S19 shows, we can safely say that metallic garb is going to be a thing next year, and few did it better (or before) Michael Jackson. 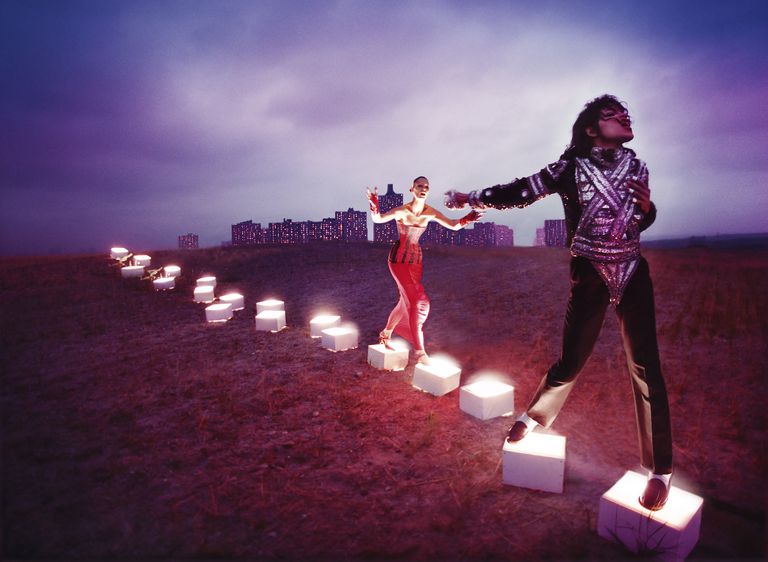 It's summer, which means you probably have 14 weddings in the next eight weeks, but being buttoned up doesn't mean you can't cut shapes. You've seen the "Smooth Criminal" video, right? Just do that.

Michael Jackson: On The Wall runs from June 28th to October 21st, 2018 at the National Portrait Gallery in London. 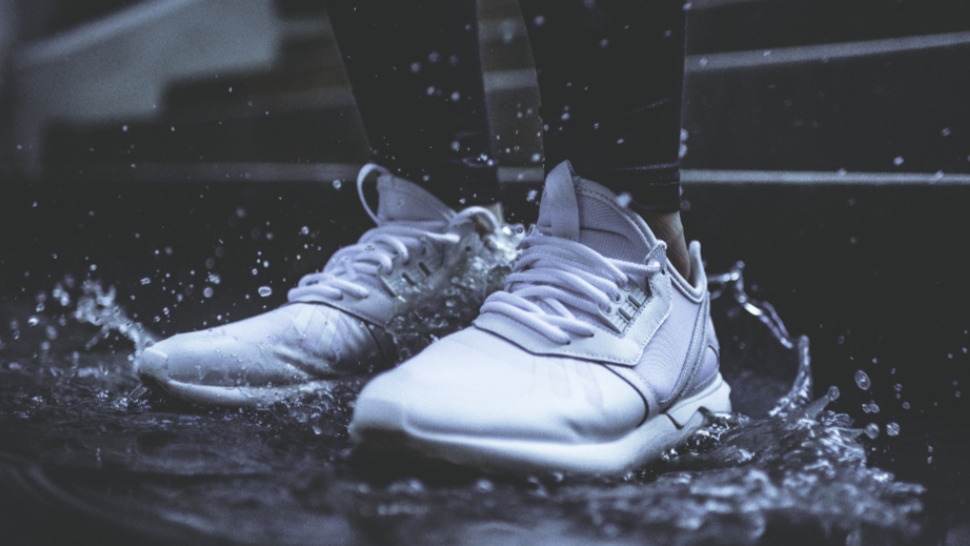 Men, Here’s How to Look Good Even in the Rain 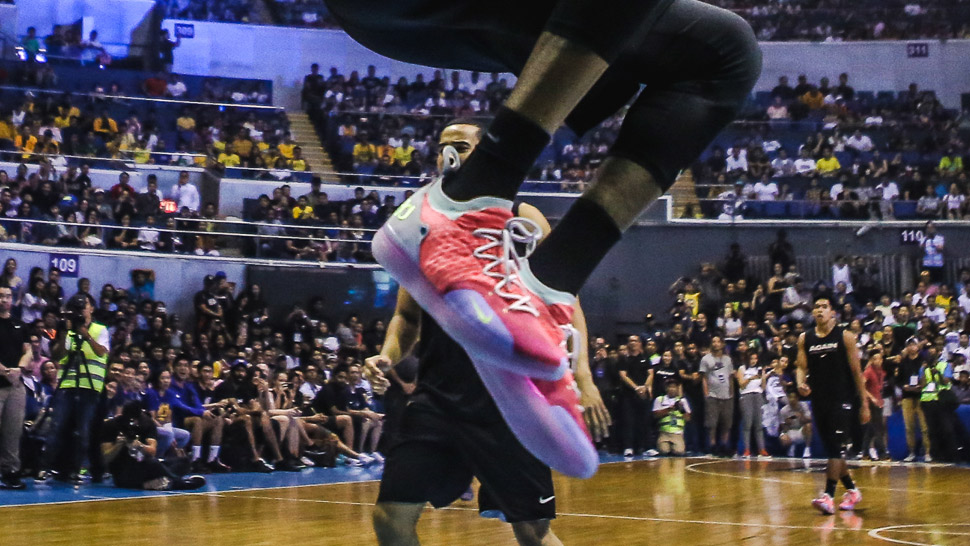