The Under-P5,000 Sneaker Barack Obama Wore to a Basketball Game

The President isn't afraid of a casual shoe. 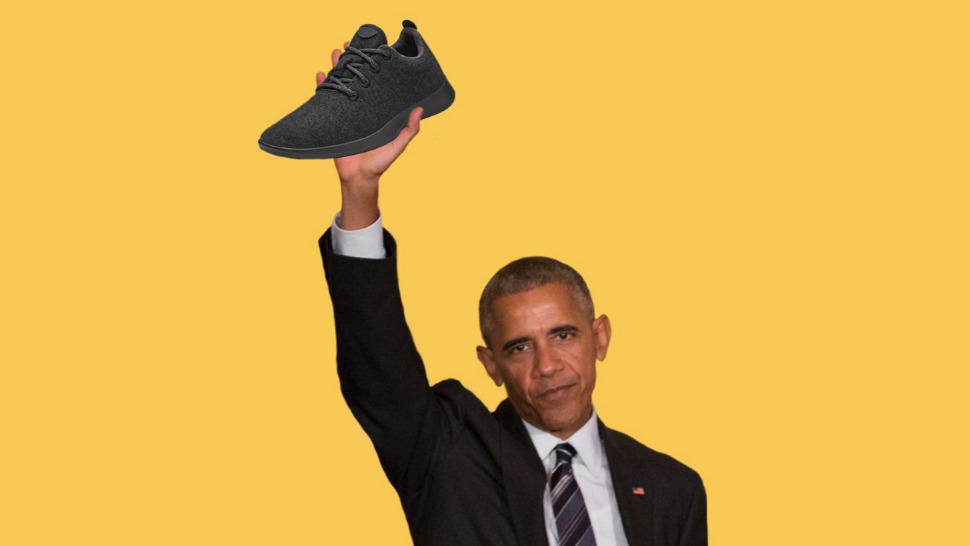 One of the things about being a President of the United States is that everyone cares about everything you do for the rest of your life. Wherever you go, whomever you talk to, whatever you're wearing—the people need to know. Take former president Barack Obama, for example, who went to the Duke-UNC game recently. The Internet damn near lost its mind at the sight of his very stylish Rag & Bone bomber, which was embroidered with a custom "44" to flex on his leader-of-the-free-world experience. Who needs a letterman jacket, you know? But the bomber wasn't the only thing of note Obama was wearing. He was also wearing a pair of knit Allbirds sneakers.

Now, the Allbirds at first didn't get the attention they deserved. Sure, that's because Obama was sitting, and we couldn't get a feel for the full fit. It's also maybe because that bomber was so damn good that the people just got distracted and couldn't appreciate the rest of his look. This should be rectified, because he was wearing all black, which is about the coolest thing he could ever choose to wear to a basketball game. So chill! So laid-back! S'Obama! Here, a sneaky pic of his Very Chill full look: 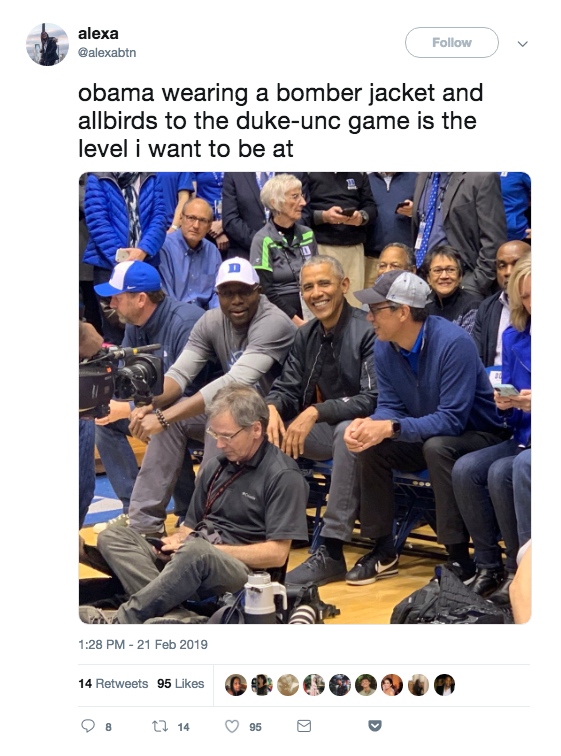 First of all, who doesn't love a good monochrome outfit? Black is a great place to start, if you're not sure where to. Second of all, Obama's shoes are a surefire option for casual footwear. The classic Allbirds runners in all black are $95, and they've already been cosigned by Leonardo DiCaprio—he invested in the company and wears them constantly. And also by us! They're affordable, sustainable, and a much better option than an outdated sneaker or boat shoe or other various offensive footwear. 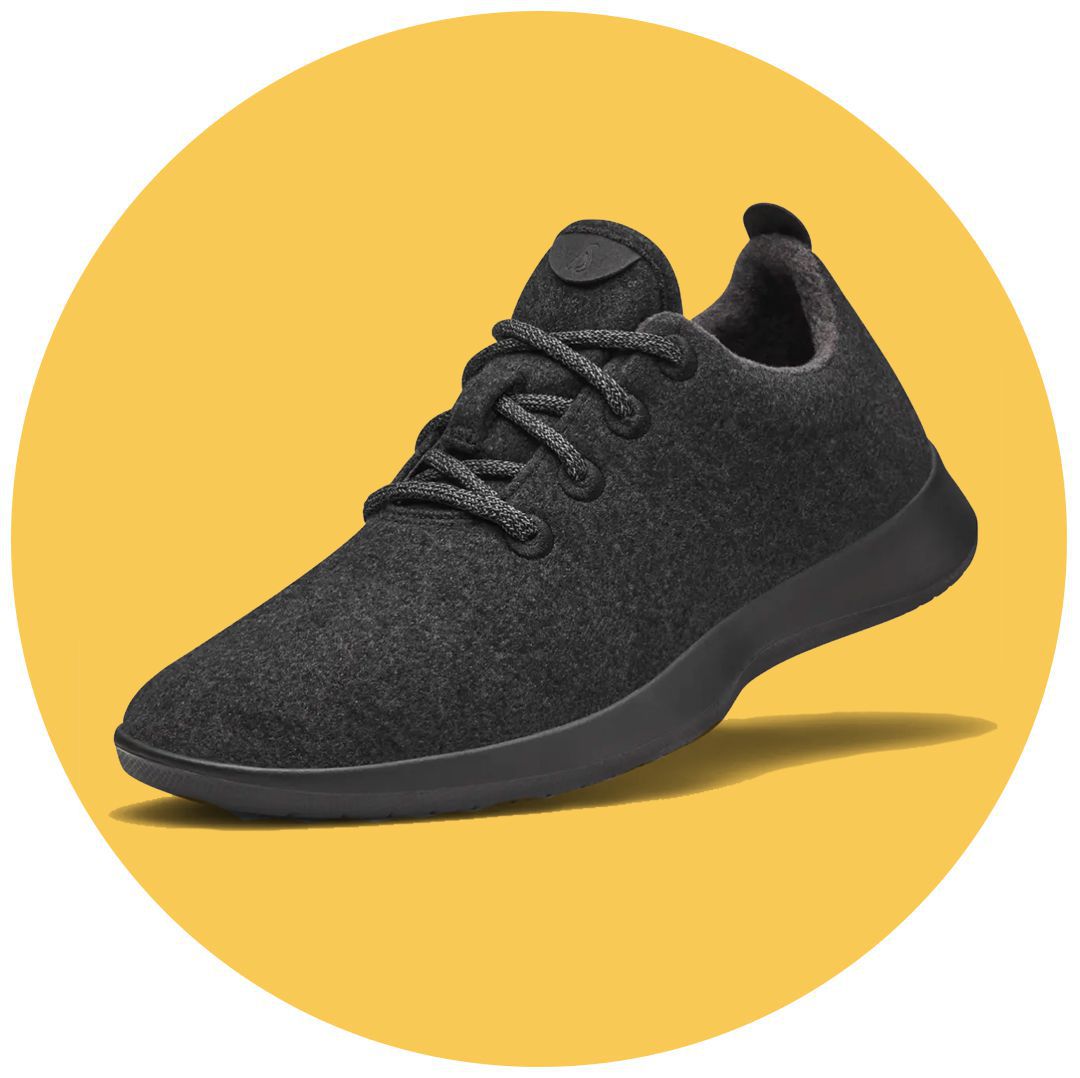 So, if you're looking for a sensible new sneaker for spring and summer, look no further. The Allbirds runners are perfect for sweaty feet (they're breathable!), constant wear (they're machine washable!), and looking good with an all-black fit (they're approved by Obama!). That's reason enough for us. 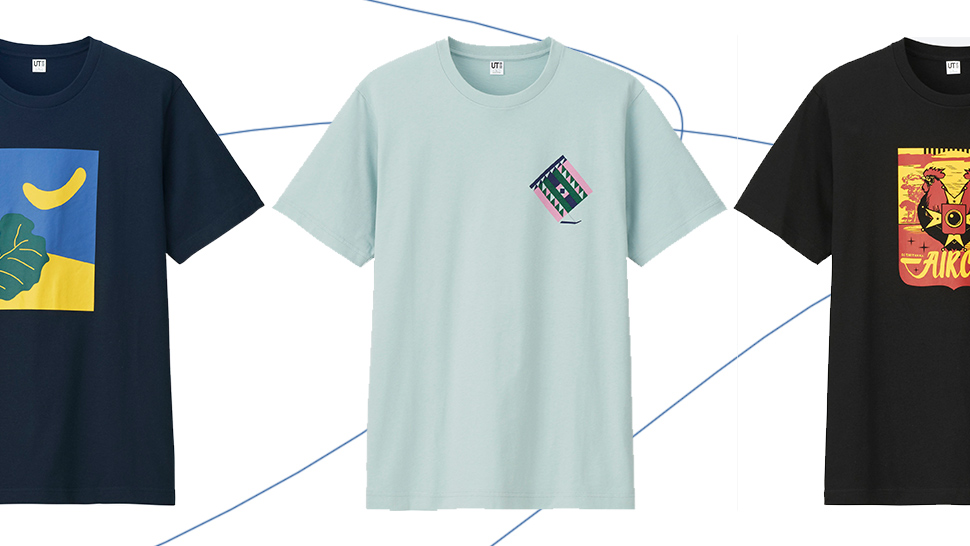 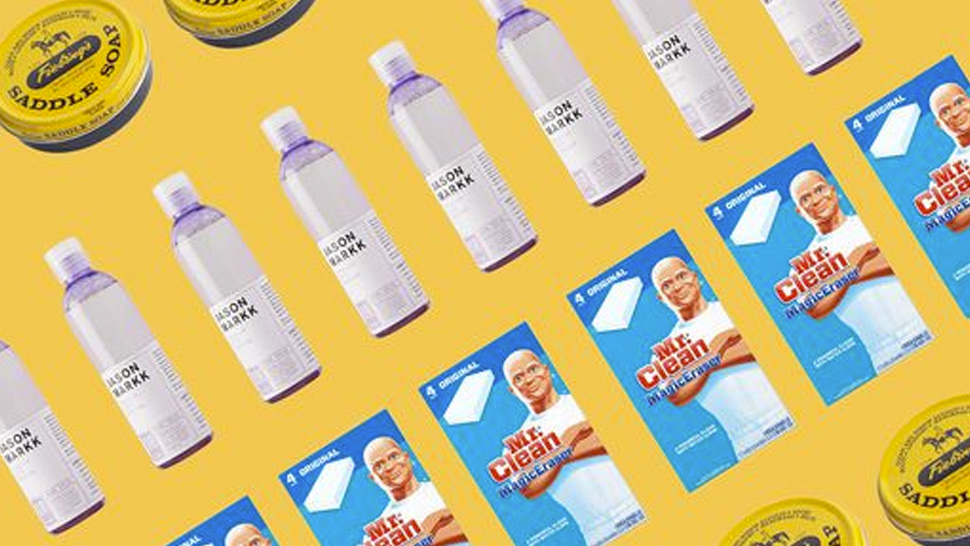