His slim suit-and-oxfords fit shows Barry O can dress up as well as he dresses down.
Apr 8, 2019 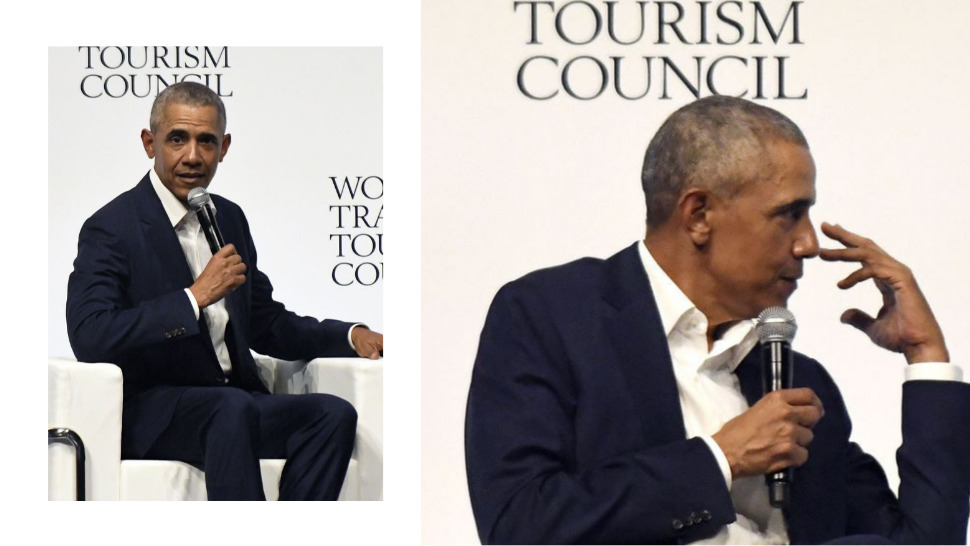 In February, former President Barack Obama showed up courtside at the Duke-UNC game (the one where Zion Williamson blew out of his Nikes) in a "44"-embroidered Rag & Bone bomber jacket and Allbirds sneakers. Fans of Barry O and celebrity style flexes expectedly swooned.

His emergence at the rivalry game was a rare peek into yet another way Obama just gets it in a way his predecessors—and certainly his successor—do not. In the now four thousand years since he was first elected president, it hasn't been often we get to see 44 in such a stylish off-duty fit. And because we became so accustomed to seeing the man suited up—albeit sometimes tan and less-than-stellar—we tend to take for granted the times when Obama steps out in a just-right tailored look.

He did just that at the World Travel & Tourism Council forum in Seville, Spain. Do I know what he was there to talk about? Hell, no. Barry O is cashing his six-figure speech check and taking a free vacation to Spain. Respect. What I do know is that his fitted blue suit and whole-cut oxfords, although not as exciting as a bomber and sneakers, were nicely put together and the perfect example of how to dress up without looking Too Dressed Up. 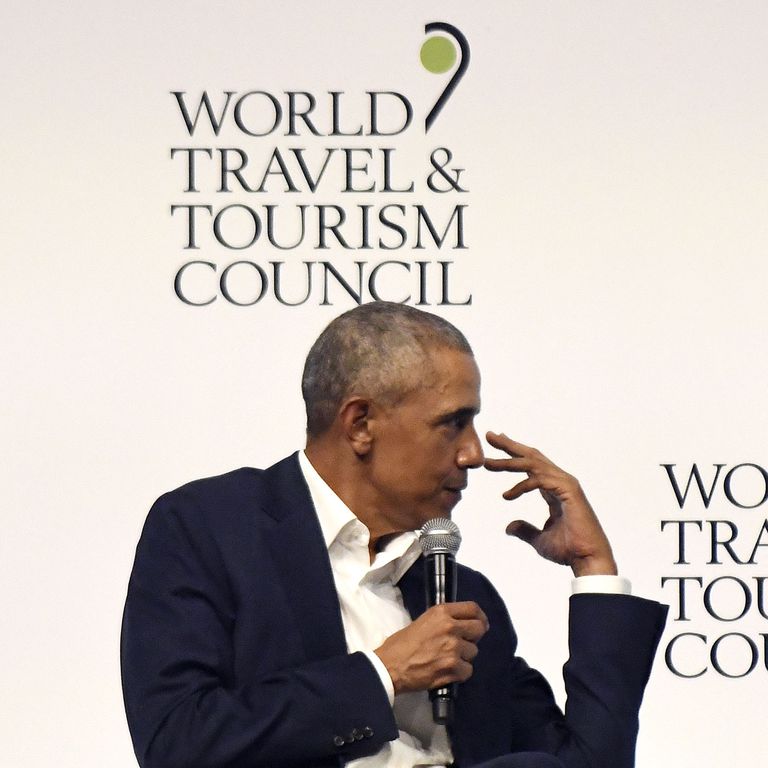 His suit has a wider lapel—but not too wide. His pants are slim and hemmed and show a little bit of sock when he sits down—but not too much. He's showing a little shirt cuff when he raises the mic to say something witty—but not too witty. It's all there, and his lack of tie makes it just casual enough to categorize it as off-duty. It's something we long to see more of in Barry O's retirement tour. 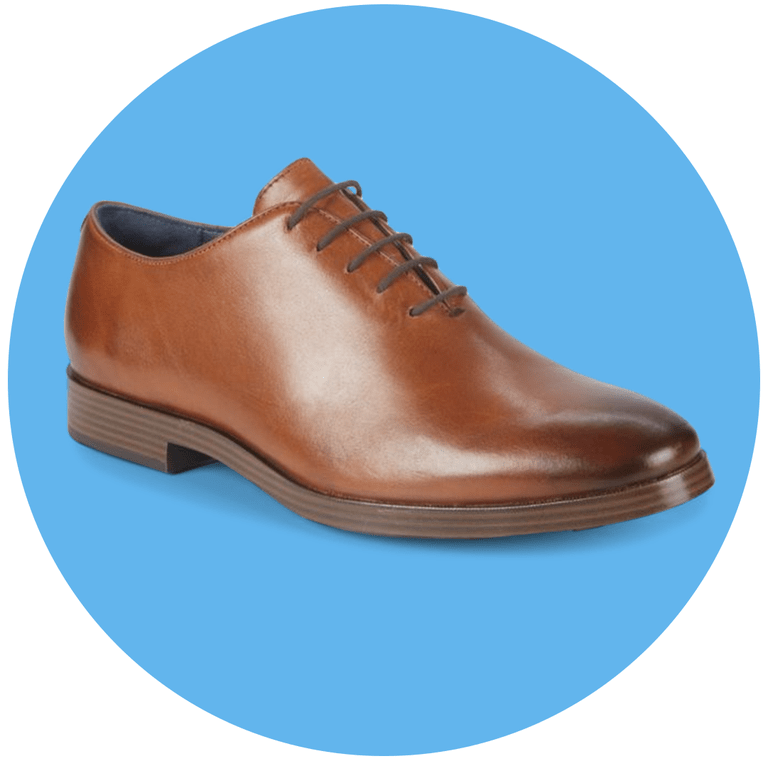 And the shoes? Well, they're just another example of how to deploy the classics. A whole-cut oxford is a more dressed-up silhouette. But Obama's implementation look as effortless as his cool is. These kicks are perfect for any time you're wearing a suit, even if you opt out of a tie like Obama, and even if you want to take it a step further and swap the dress shirt for a T-shirt or sweater.

And if dressed-up just isn't for you—try stealing another one of 44's off-duty flexes with some sunglasses. Summer is, in fact, just around the corner. 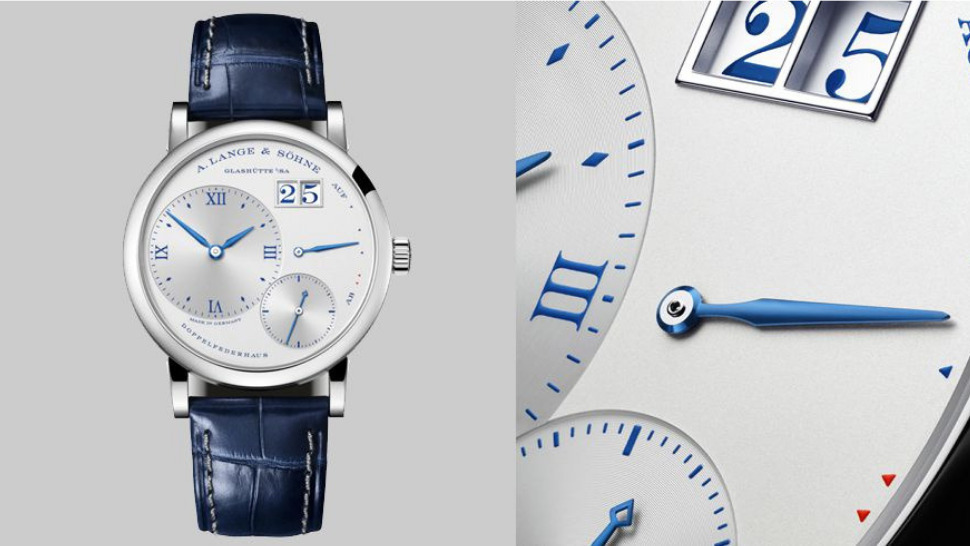 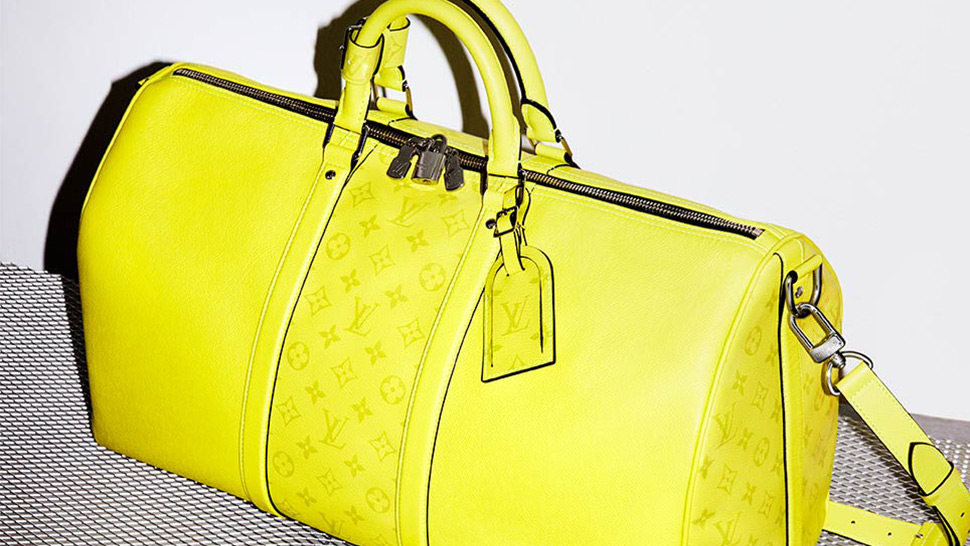