The Five Dress Shoes You Need to Know in 2019 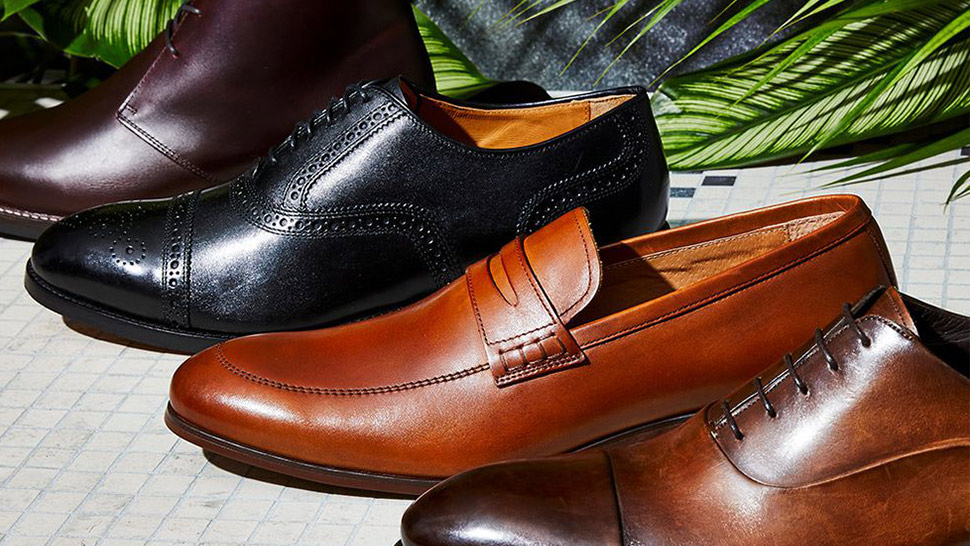 A great pair of dress shoes isn't just a worthy investment, it's a necessity. Sneakers have their place, but there are times when they just won't do. Whether it's a wedding or a funeral, a job interview or a meeting with your boss's boss, some occasions demand footwear that's as refined as it is timeless.

Luckily, there are options out there for every style. And when it comes to price, don't be afraid of laying down a few extra bucks if you're able. That doesn't mean you have to spend outside your budget, but paying more for quality means you'll have a pair of shoes you can wear for years, not months.

And the best way to ensure you're spending that money wisely? Know the playing field. That way you'll find something that fits your with your style, your wardrobe, and your wallet. With that in mind, here are the five dress shoe styles every guy needs to know right now. 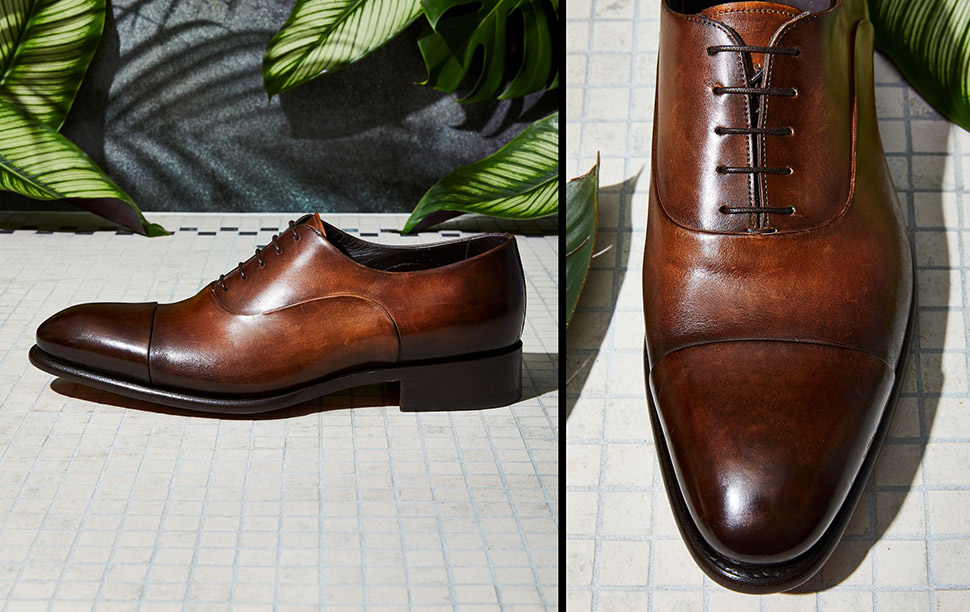 If you're going to have just one pair of dress shoes in your closet, you should consider an oxford first. It's the style that can go with your most formal options, so you'll never be out of luck for a big work event—or if you have to throw on a tux. That's thanks to the oxford's "closed-throat" construction, in which the leather around the laces (the quarters) meets at the base, where it's sewn into the leather that stretches down your instep and towards the toe (the vamp).

Honestly, though, you don't have to spend too much time on the terminology. Just look at the top of the shoe, near the eyelets. Does it form a "V" instead of a set of parallel lines? You've got an oxford, and that sleek silhouette means your going to look properly pulled-together for any dressed-up occasion. 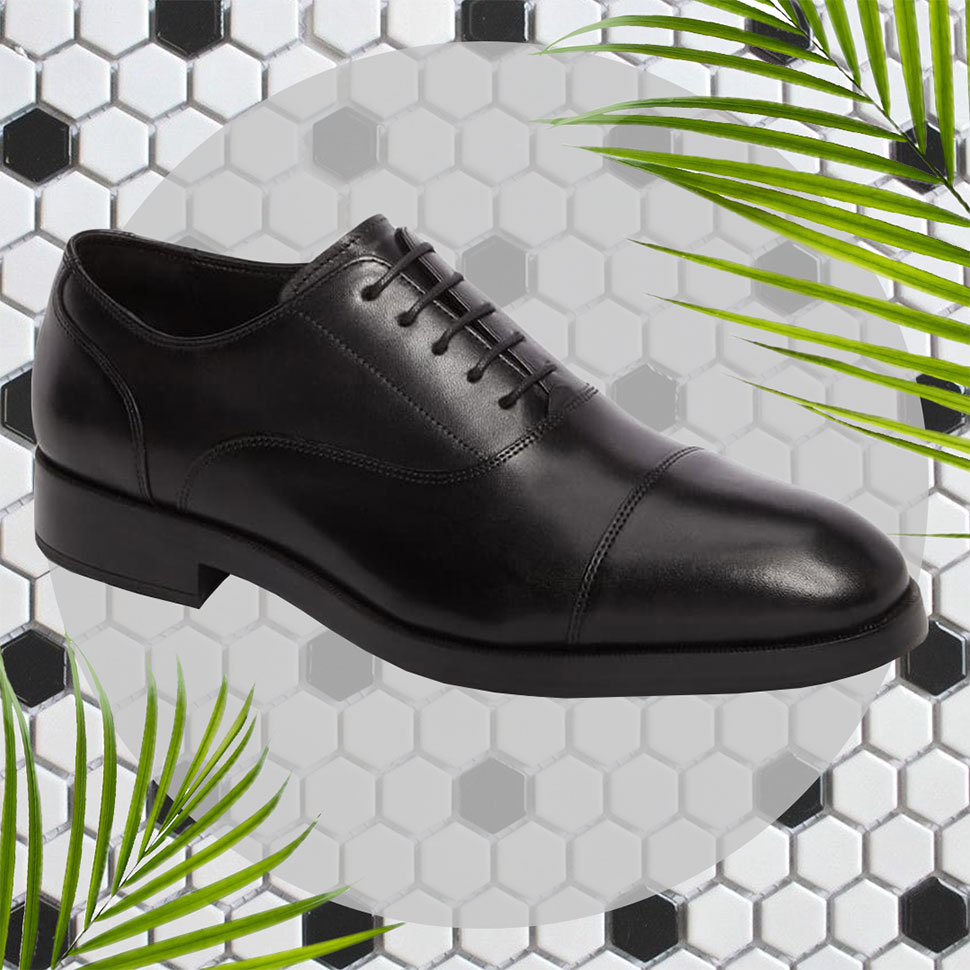 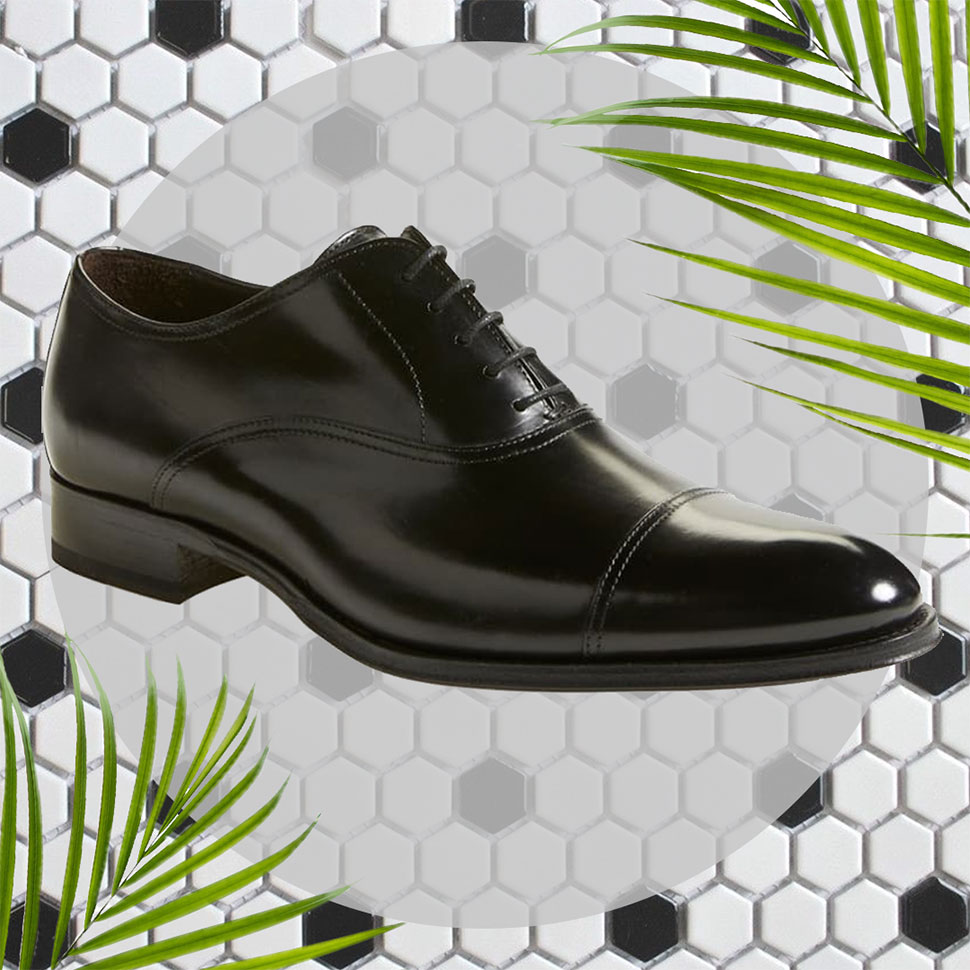 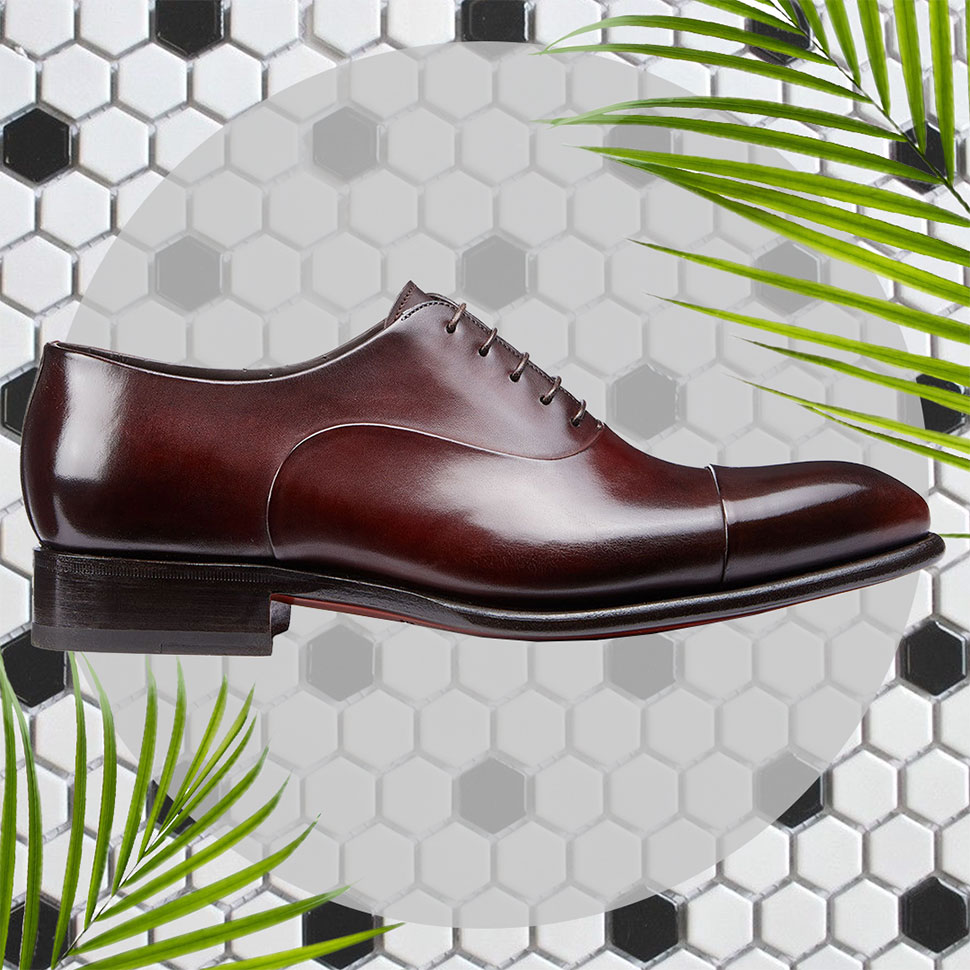 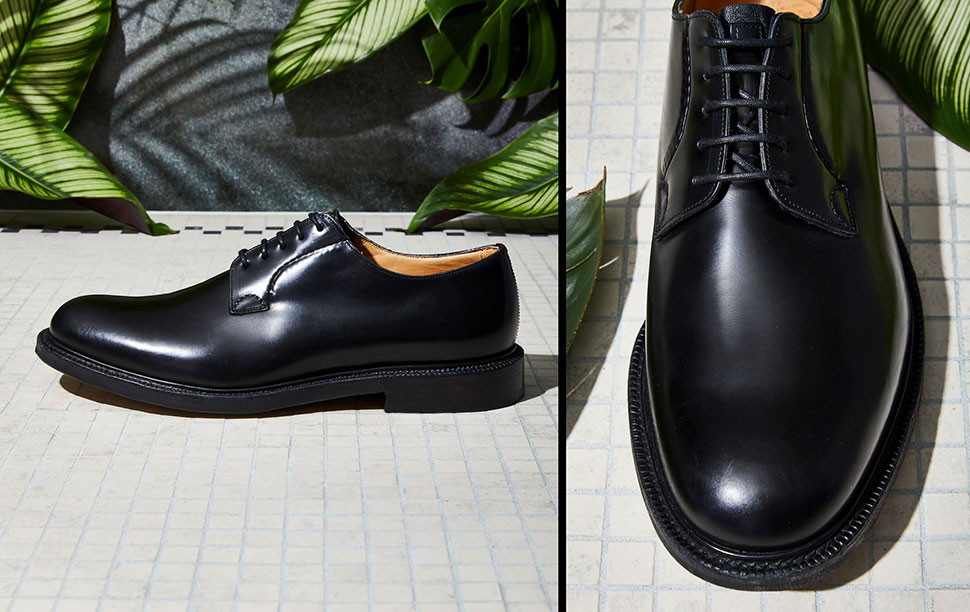 Derbies are technically a little less formal than oxfords, but don't let that worry you too much. A good pair can work with just about any kind of suit (though maybe not a tux, if you're going to be surrounded by black-tie traditionalists). Plus, the open-throat silhouette—the leather around the laces runs parallel, and over the vamp—can pull double duty with everything from jeans to tweed trousers. If you're the kind of guy who wears a suit with some regularity, but also needs a pair of shoes on hand that'll work for date night on the weekend, derbies won't do you wrong. 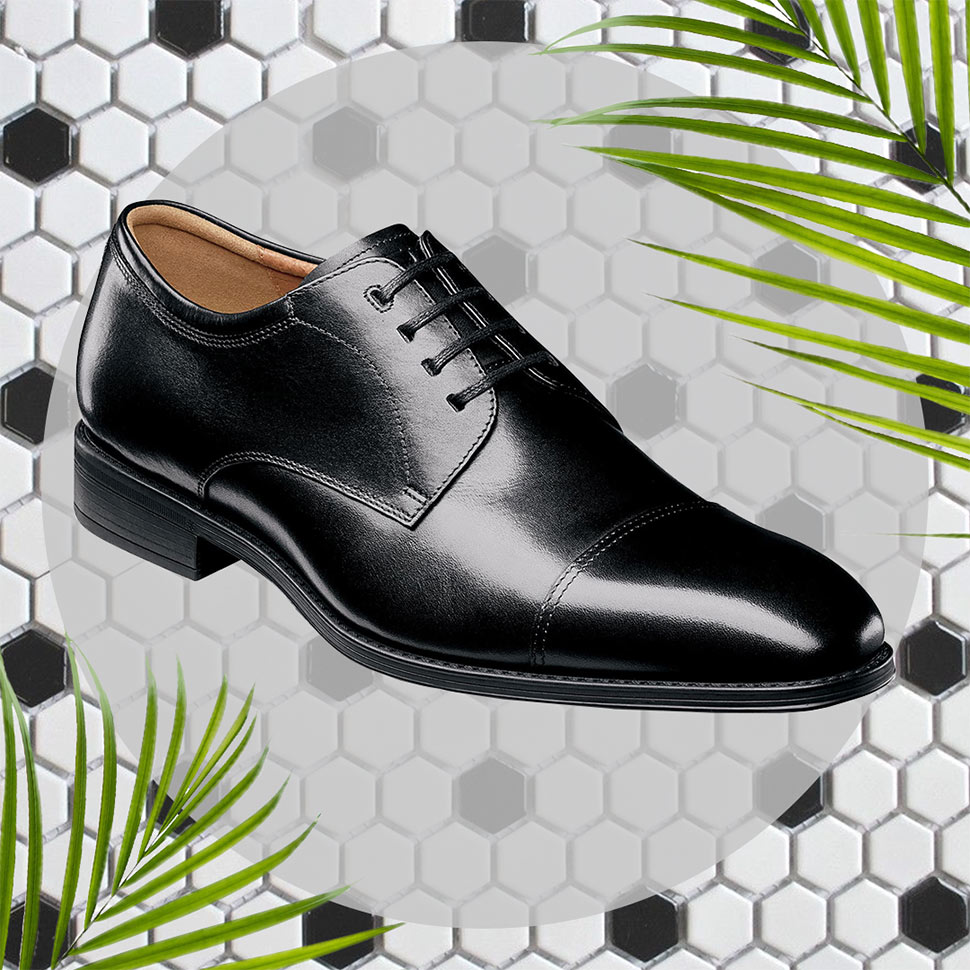 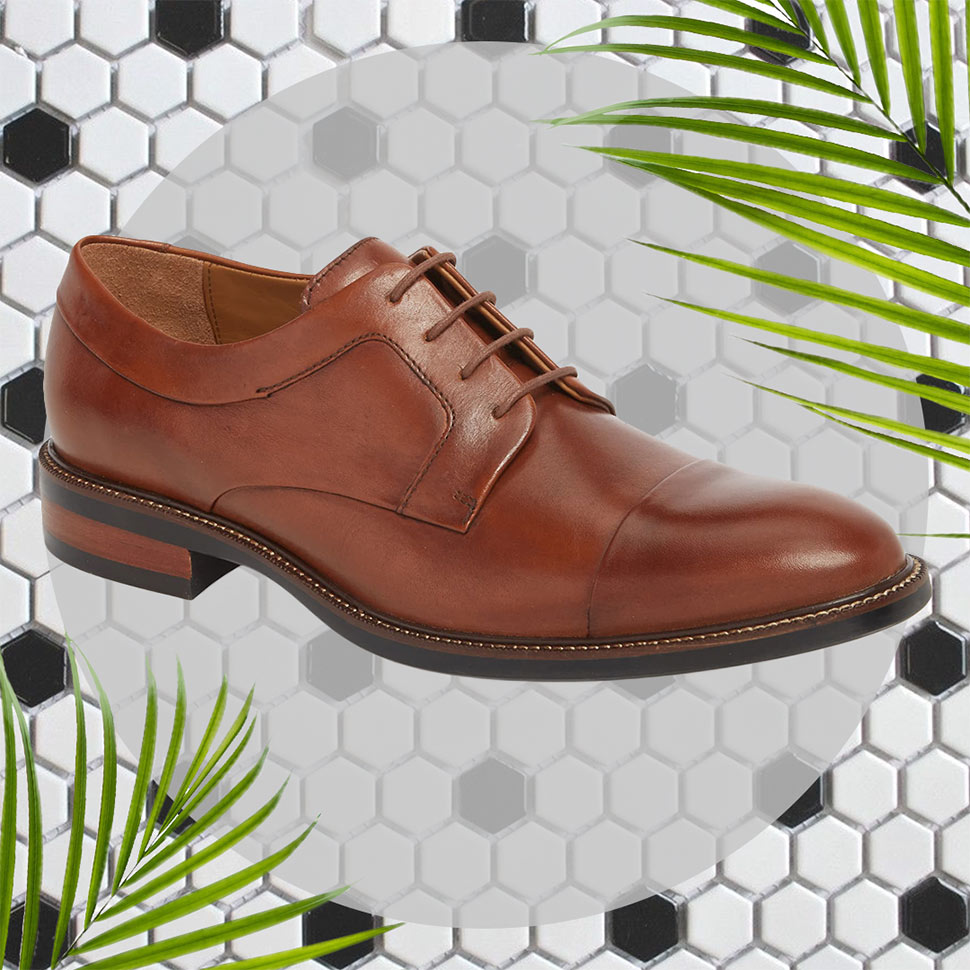 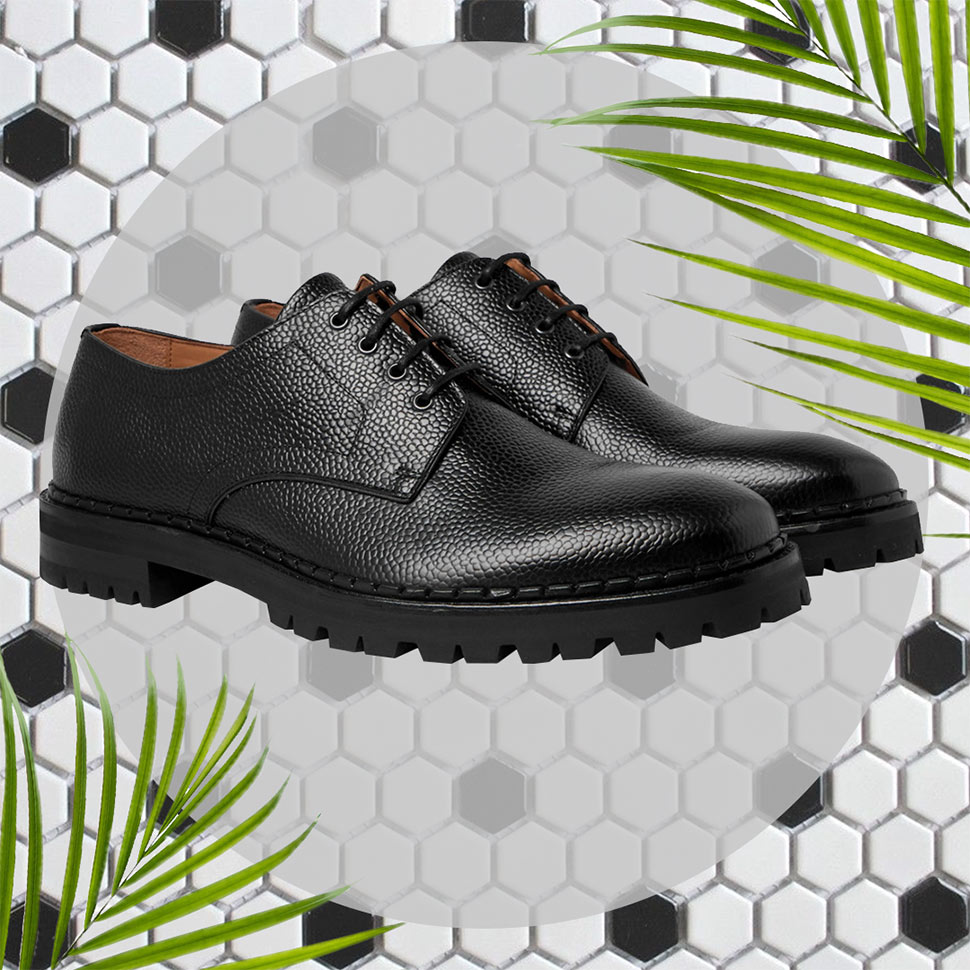 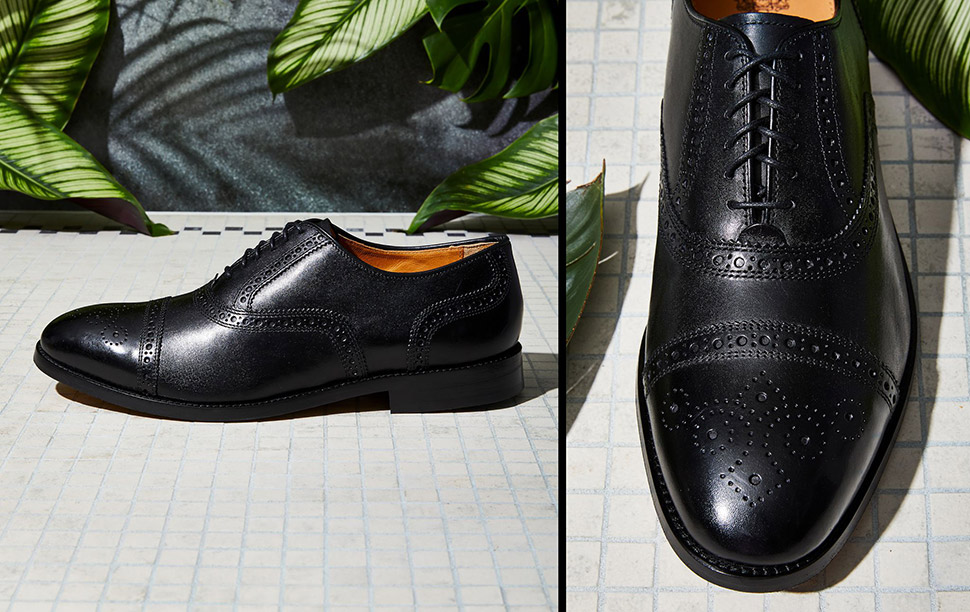 When we're talking brogues, we're not talking about a silhouette, but the detailing that goes on top of it. The signature perforations were originally a functional thing, designed to let water drain out of the shoes men wore to tromp through Irish bogs. Now, it's ornamental, but still a mainstay of modern dress shoes.

You might also know brogues as wingtips, and there's a good reason for that. Two of the main styles you'll find have decorative "wings" fanning out from the toe of the shoe. With longwings, they wrap all the way around to the back of the shoe. With shortwings, they wrap to about mid-foot. Of course, you can also find brogueing on cap-toes and other design elements. And those elements might be on a pair of derbies, oxfords, monkstraps, or even ankle boots. With brogues, it's all a matter of personal taste. 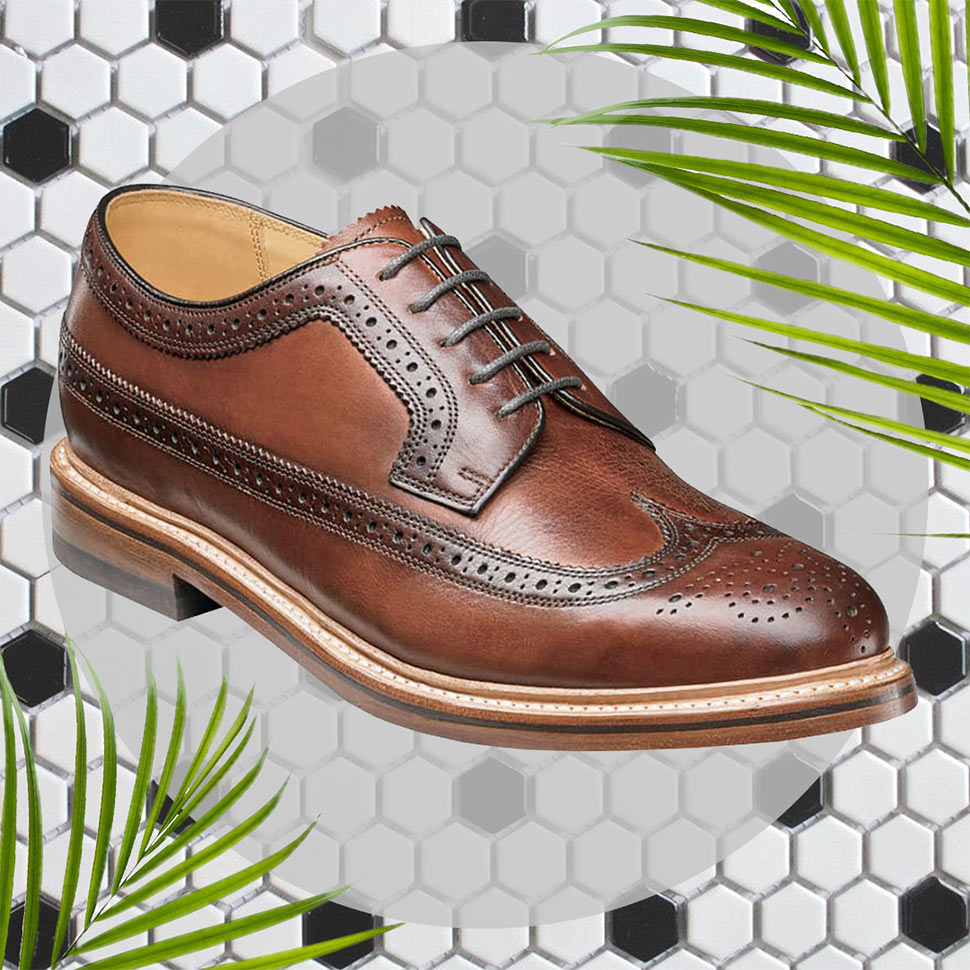 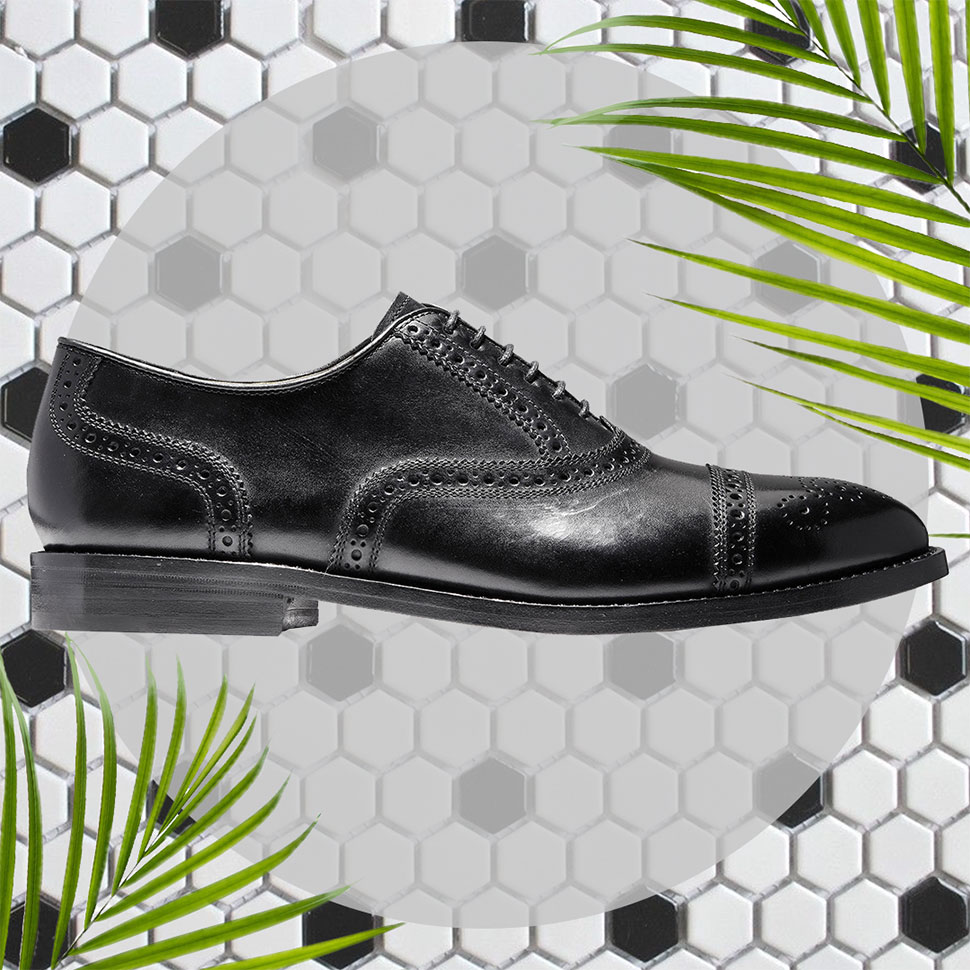 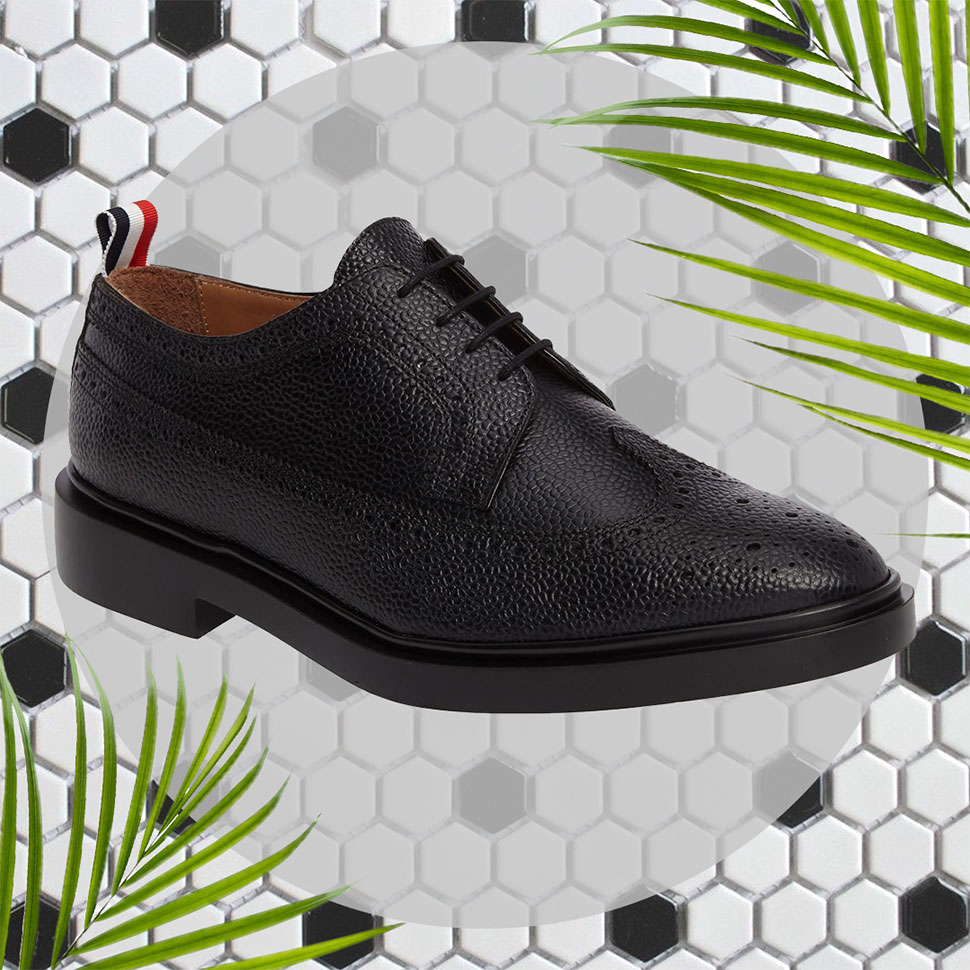 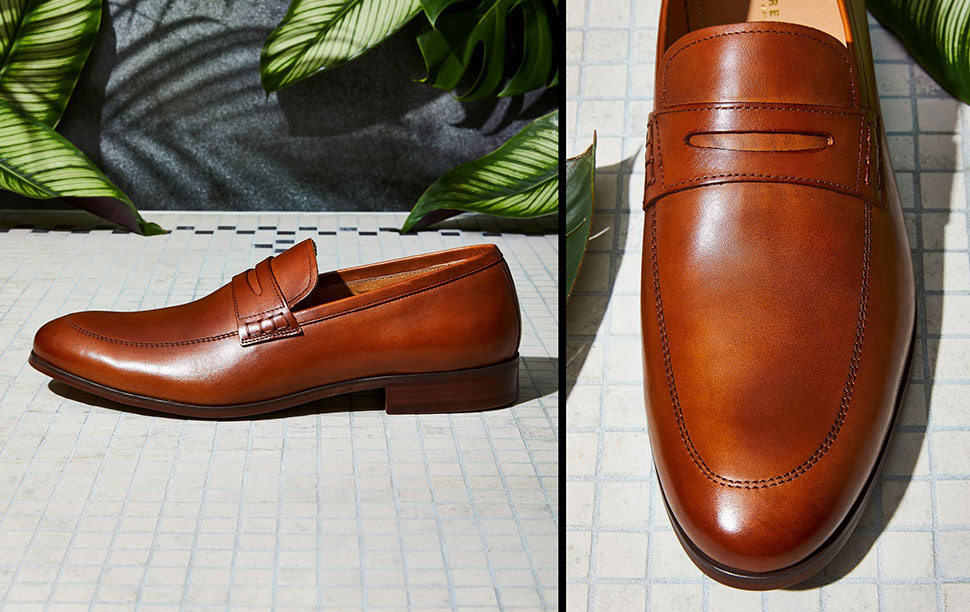 For a while there, some folks thought loafers were too casual to wear with a suit. Just ask your dad—or maybe your granddad. Thankfully, those days are long gone. Now, the slip-on style comes in shapes sleek and stylish enough to wear with even your sharpest two-button. Penny loafers and bit loafers are the iterations you'll see the most often. On pennies, there's a strap across the shoe with a cutout that, according to loafer lore, was designed to hold a penny (it probably wasn't, though it's still a fun story). Bit loafers feature a metal piece across the foot that's purely for show, but still looks cool. 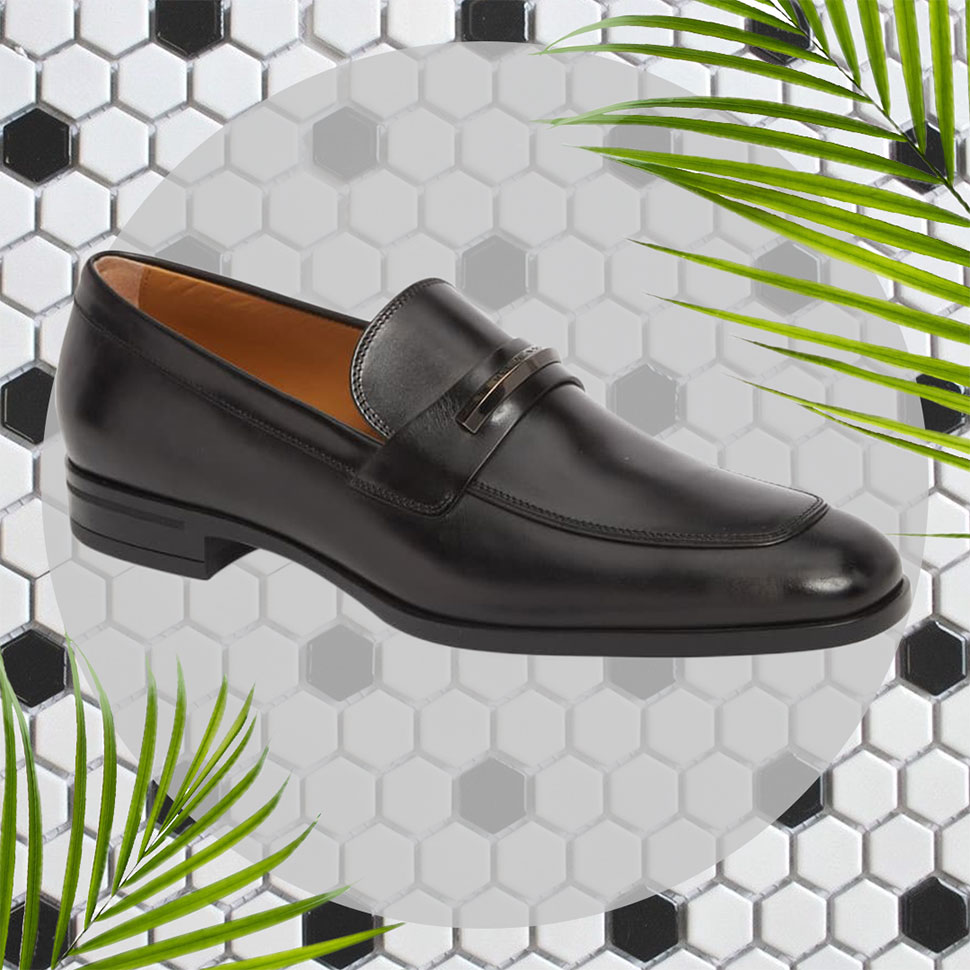 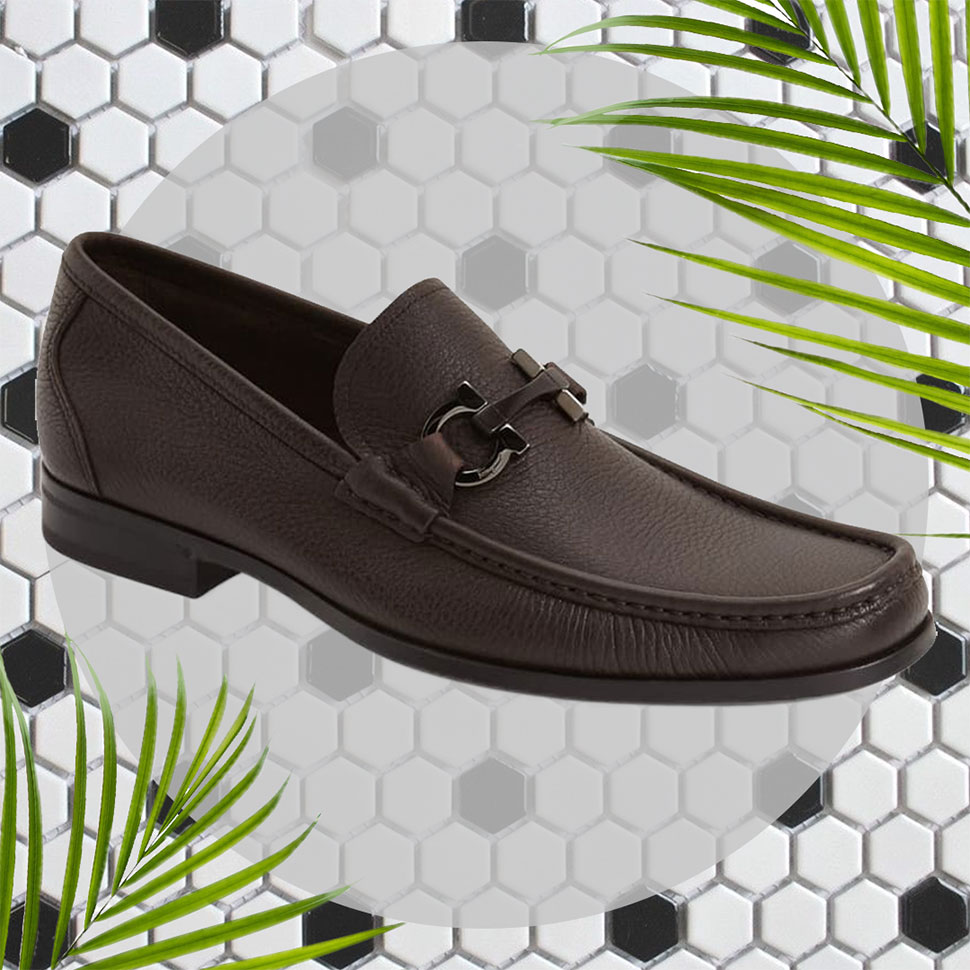 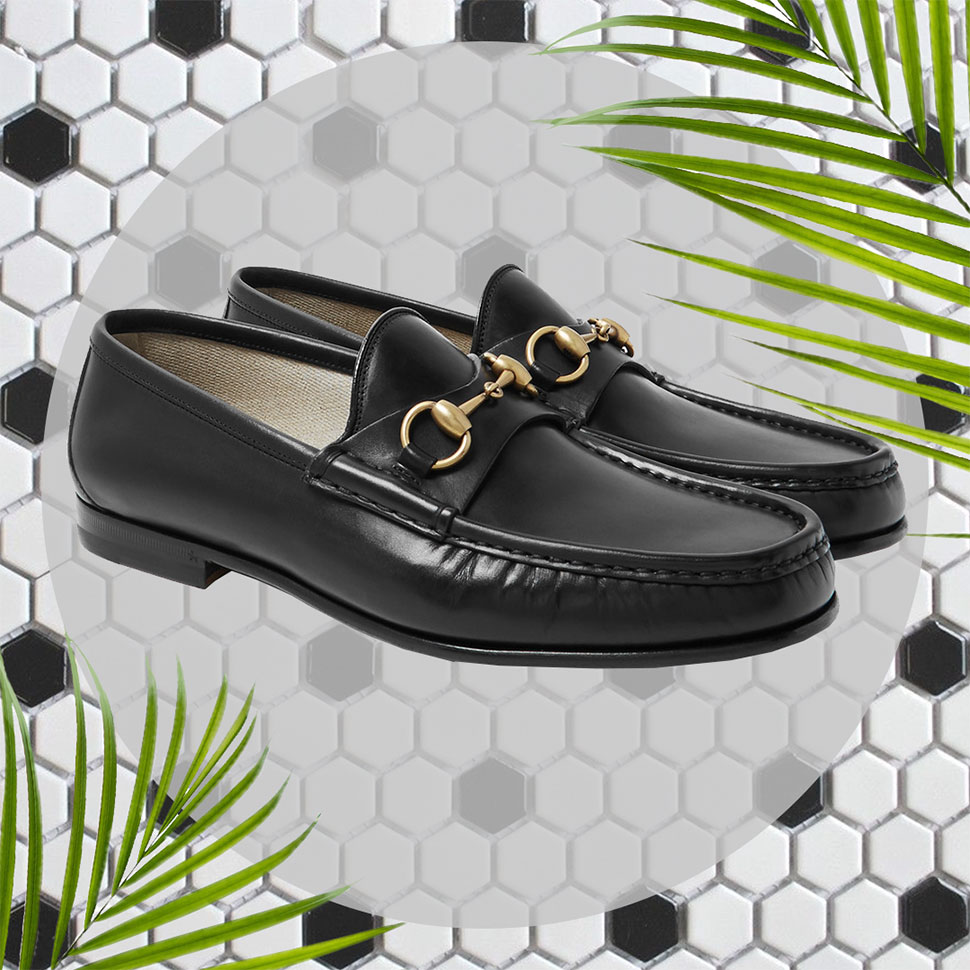 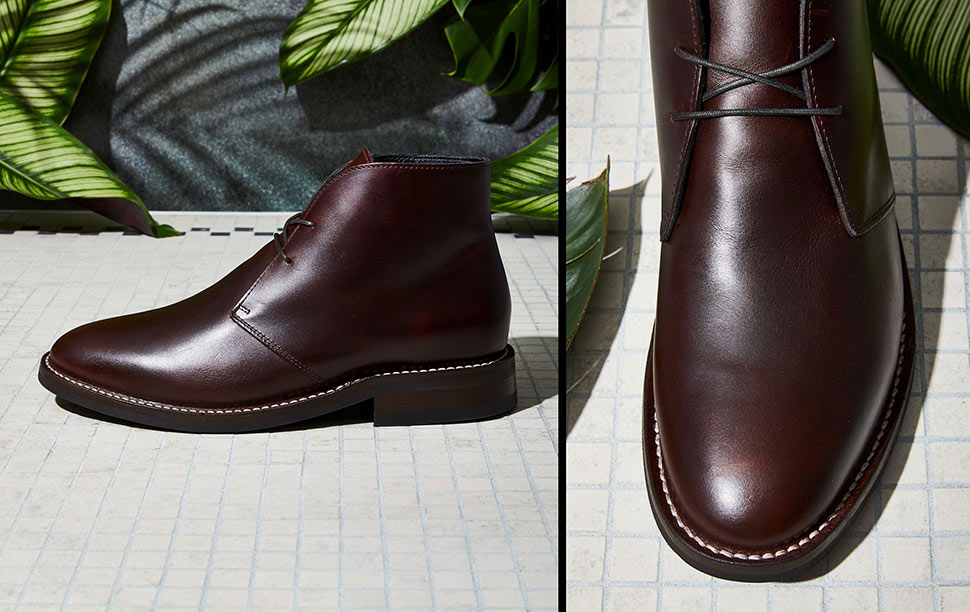 Chukkas are kind of a wild card. Some are decidedly not meant for dressy occasions, and would be more at home at a construction site than in a boardroom. Others, though? They're every bit as refined as the rest of the styles on this list. The trick is to focus on a streamlined silhouette and elevated construction. Generally, that means the shorter-than-average boots will have a narrower toe and clean lines leading up to an ankle that'll sit nicely under a pair of suit trousers. Look for that, plus a not-too-chunky sole, and you'll be in good shape. 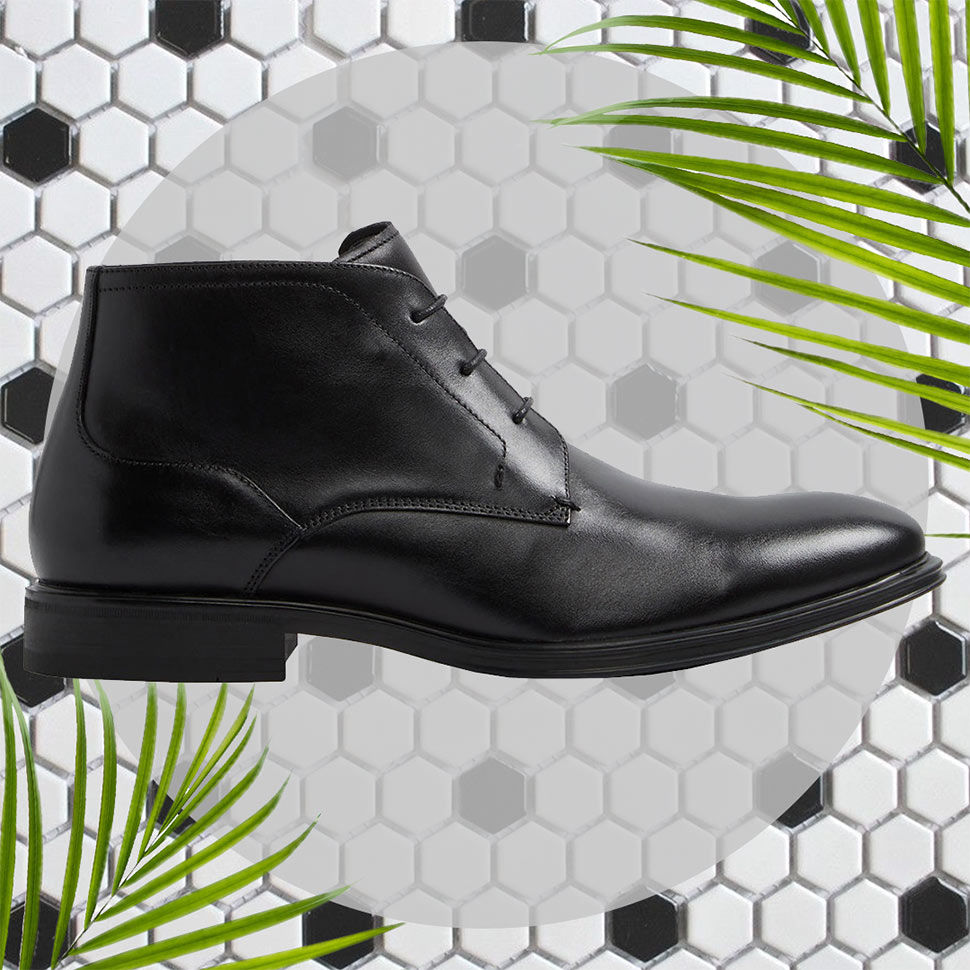 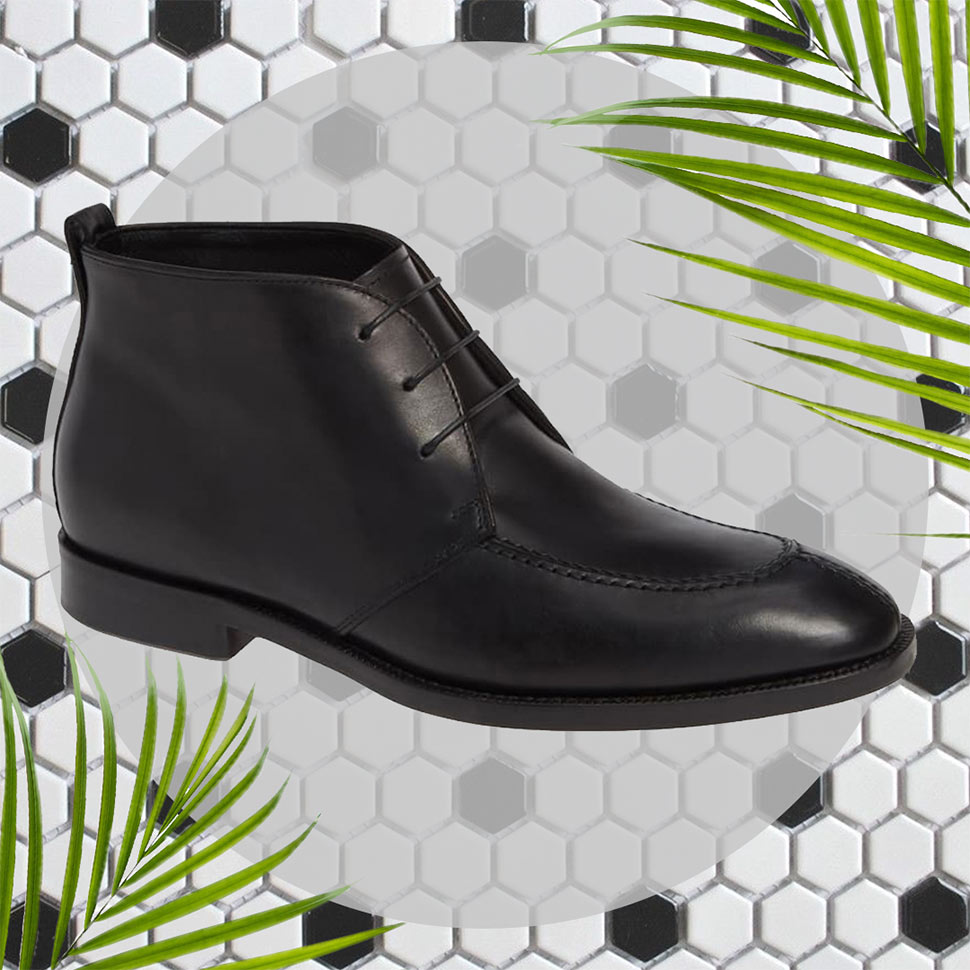 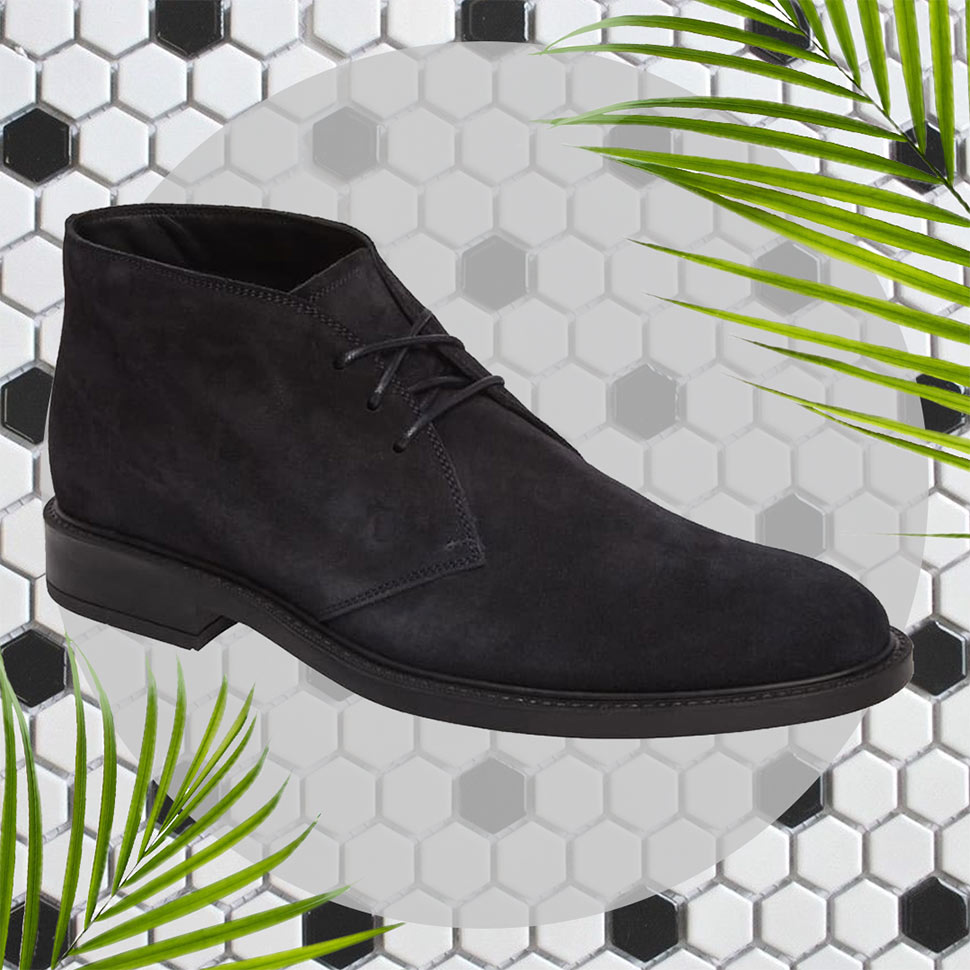 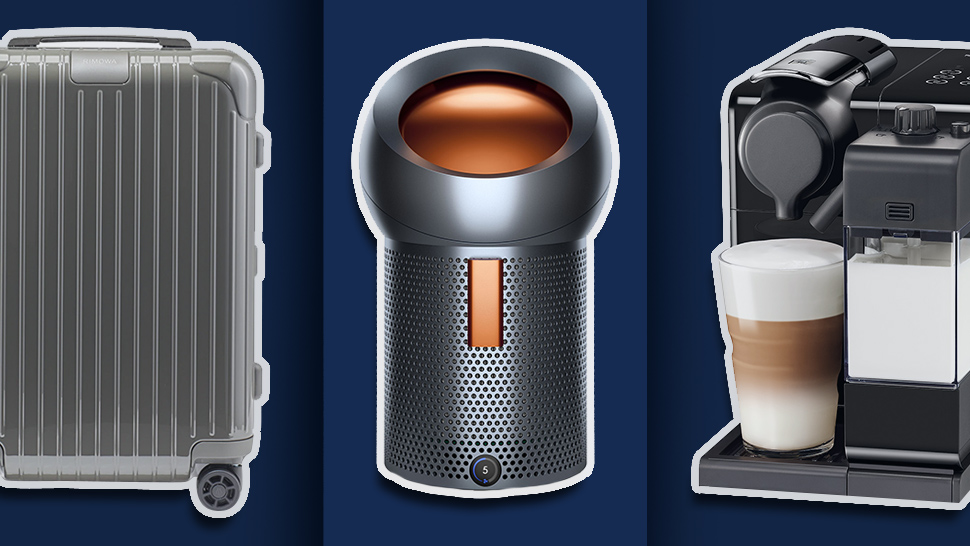 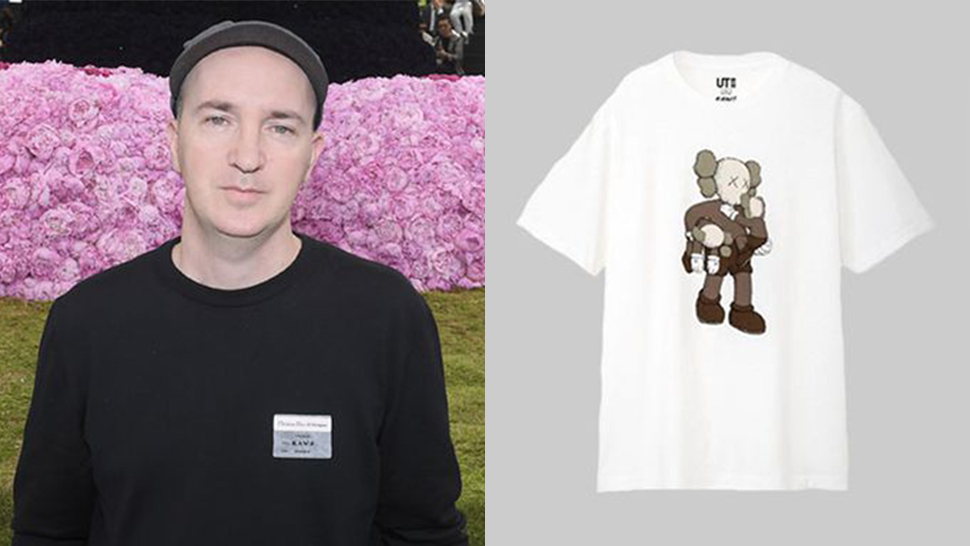