In 2020, There's No Style Question That Can't Be Solved By The Best Men's White T-Shirts 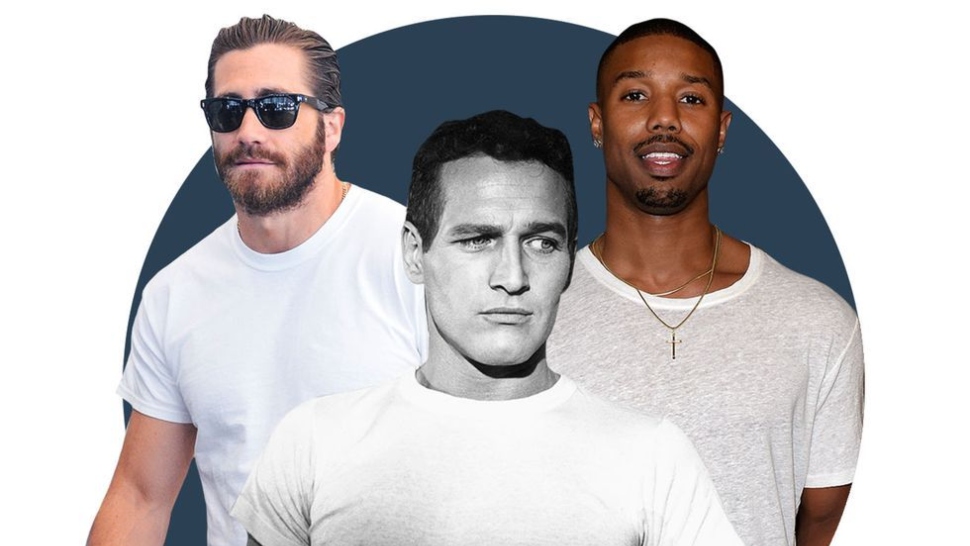 Sometimes, it’s the basics that make the biggest impression. No matter how considered or current a particular outfit is, the simplest things done right are often the most effective.

Take the white T-shirt, for example, which did more for James Dean, Marlon Brando, and John Travolta (as Grease's Danny Zuko) than any sequinned bomber jacket ever could. “It’s the one item that you can always count on,” says Damien Paul, head of menswear at Matches Fashion. “It’s rare to find a wardrobe conundrum that they can’t solve, and even in their ubiquity, they still retain an aura of cool.”

But basic doesn’t mean skimping on detail, or quality – a £10 T-shirt won't make the cut (or survive the washing machine). Here's how to find the one that you want.

The History of the White T-Shirt

First, a history lesson. In 1904 the Cooper Underwear Company ran an advert for its new bachelor undershirt, modeled by a mustachioed man who – was he not more than a century old – isn’t so far from the barista who brewed your artisanal single-origin coffee this morning. “Made with a neckband that stretches, it is easy to put on and take off,” read the original marketing spiel, further promising that “no buttons to come off and none to be sewed on.”

The design was a salve to old button-through union suits, which required frequent mends. By 1914, the factory worker’s undershirt had become the official US navy uniform.

1904: The Cooper Underwear Company ran an advert for its new bachelor undershirt 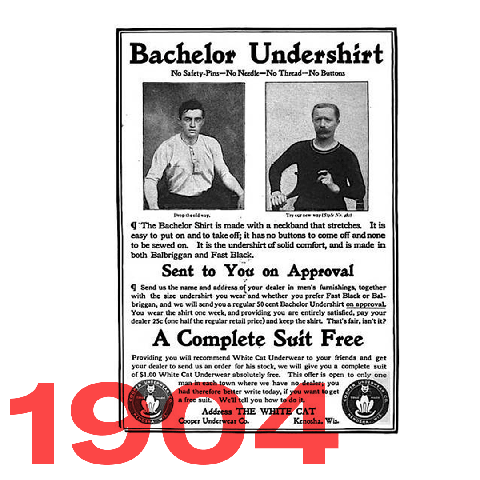 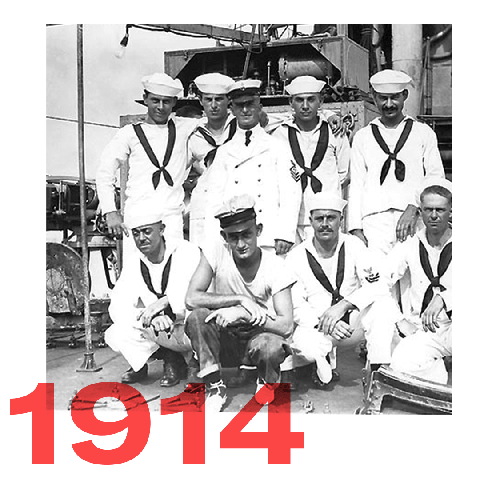 1920: The term T-shirt itself cropped up in F. Scott Fitzgerald’s 1920 debut, The Side Of Paradise 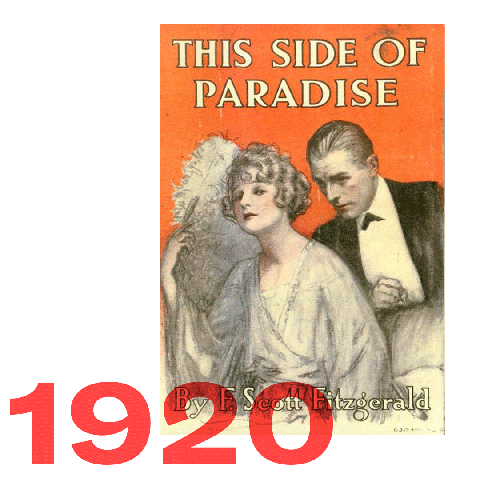 1940: The T-Shirt soon became the counter-culture grail piece of high school students in the Forties. 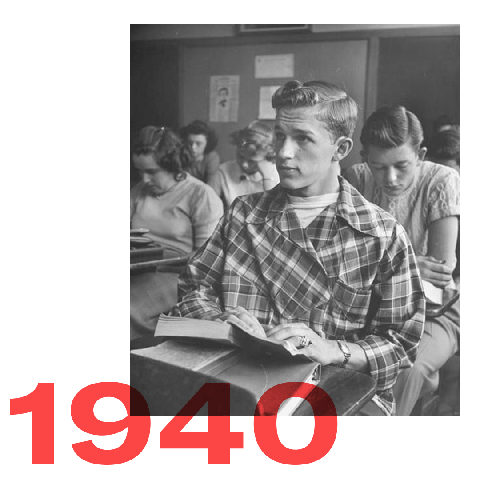 1950s: It took a certain Marlon Brando and James Dean to cement the T-shirt as something more than an undergarment 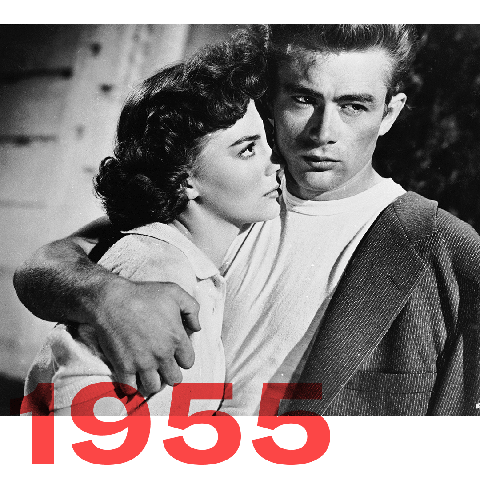 As with most military greats, the crew neck crept into civilian life some time between the First and Second World Wars (the term T-shirt itself cropped up in F Scott Fitzgerald’s 1920 debut, The Side Of Paradise). But it took a certain Marlon Brando and James Dean to cement the T-shirt as something more than an undergarment. This was an emblem of rebellion (one without a cause, naturally), and ever since, the T-shirt has been a blank canvas for artists, activists, and designers alike.

What Makes The Perfect White T-Shirt?

For David Telfer, head designer at Sunspel, the T-shirt is all about comfort. “Ensure that the neckline is smooth against the skin and that the seams and hems wear well – all details to look out for when buying,” he says. “And of course, the quality of the fabric is important both for comfort and to ensure a long shelf life.”

This is why those cheap multipacks you'll find on the high street aren't as good a bargain as they seem. If you're paying less than £20, you're buying fabric that won't hold its shape and will probably shrink the first time you wash it. For real quality, you should look to spend north of £50, which should be enough to get you a classic pima cotton crew neck. Lightweight with a soft handle, pima is an extra long staple (a term often abbreviated to ELS) cotton. That means it’s softer and more durable than cheaper options.

White T-Shirts At The Affordable End 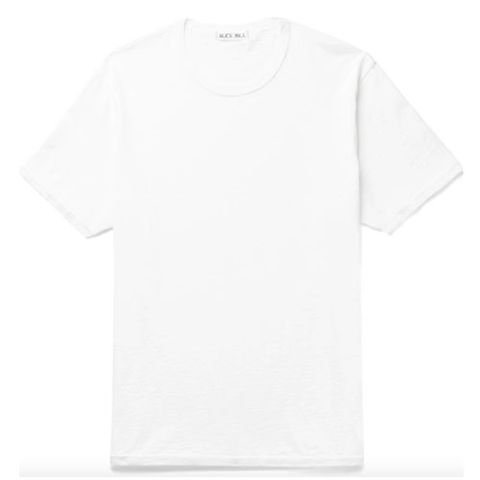 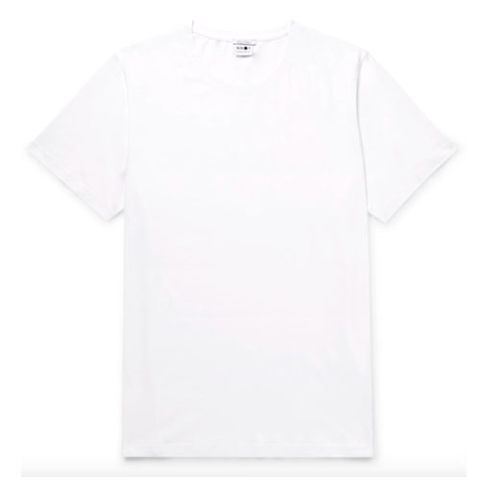 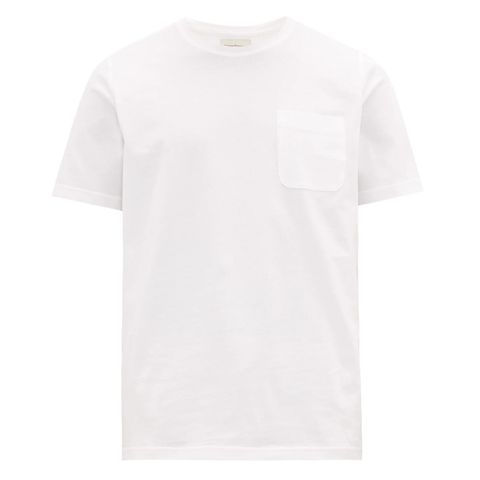 Sitting one step up is supima – shorthand for superior pima – which is reasonably self-explanatory, followed sea island cotton, a fabric handpicked in the Caribbean that makes for the silkiest jersey imaginable. These options can run into three figures. But, as Telfer points out, a well-made T-shirt should last years. That means a good cost-per-wear ratio. It also means a choice building block to support the trend-led pieces you just had to buy last summer.

In terms of fit, the classic cut is snug around the upper body, with the seam landing right at the end of the shoulder and the sleeve cutting the bicep in half. The torso should skim, not cling, and finish around the middle of your fly.

Obviously, you know how to wear a white t-shirt. They're not so much wardrobe staples as wardrobe definers – if you don't have at least of couple of white t-shirts stowed away, then do you even have a wardrobe?

But that's not to say that white tees aren't impervious to trends, either in the way they're made or how they're worn. "Slogans and logomania have had a hold on the T-shirt market for a while," says Farfetch's senior menswear editor, Luke Raymond. "But things have now shifted to a more considered, classic aesthetic. Call it the Bottega Veneta effect, call it overkill, call it the classic fashion swinging of the pendulum. Regardless, I would say that the white T-shirt is a key component."

The Bottega Veneta effect of which Raymond speaks is a movement towards quieter, classic dressing, prompted by creative director Daniel Lee’s appointment at the helm of the Italian brand. When he took his bow at the close of the brand’s S/S ‘20 show (his second), he did so in a plain white T-shirt, subtly oversized, and tucked into a pair of mid-wash denim jeans. Other low-key-but-keep-it-luxe brands, such as Lemaire and Dunhill, have taken a similar tack, layering white tees over mock necks or beneath oversized tailoring.

White T-Shirts That Are Getting A Bit Fancy 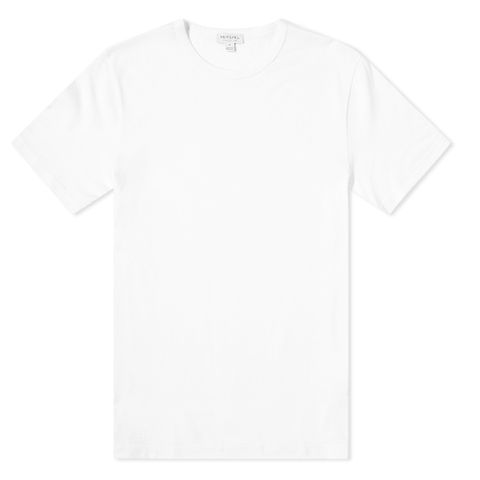 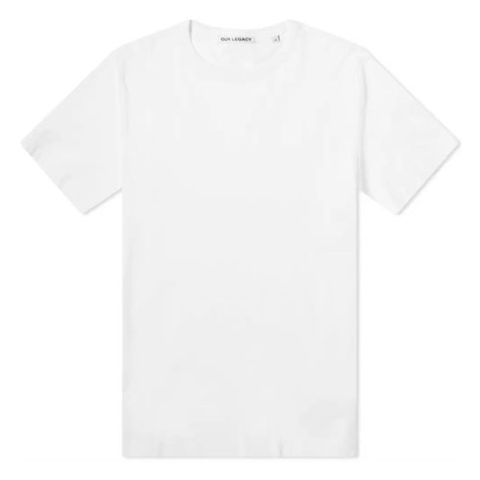 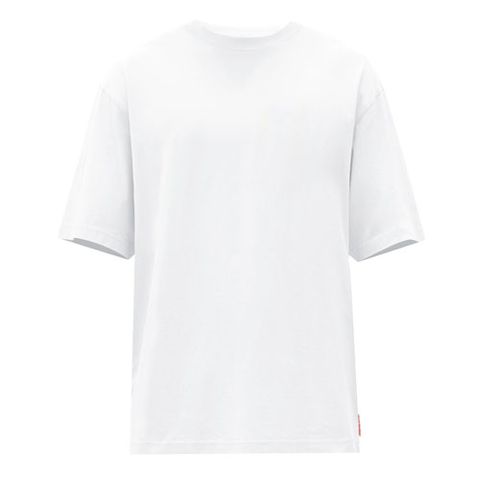 The T-shirt of the moment, Raymond says, “is relatively restrained with subtle tweaks. A thicker, built up neckline, a slightly oversized silhouette, dropped shoulders, longer, wider sleeves and pocket details – small changes that elevate it into something special.” Inspiration, he says, comes from “American workwear brands like Gildan and Carhartt, just dialed up a notch.”

This louche styling works well with a boxy bottom half: think Dickies work pants, cargo trousers or wide-legged, drawstring styles. But for smarter settings, a closer fit is preferential. “There’s definitely a shift towards the white T-shirt as the new dress shirt when worn with tailoring,” says Raymond. “But it has to be tucked in, and crisp.”

Here’s when premium fabrics make the difference. An Italian-made two-piece deserves a worthy bedfellow, and premium cottons will retain their shape and whiteness longer. And if you upgrade to a silk or cashmere blend, you’re in heaven.

How To Keep Your White T-Shirt White

An obvious point, but the most important: always wash white separately. This’ll prevent colours from running. For best results be militant and keep pure white tees away anything striped. Even the greying ones that have been demoted to the gym. Heat is also your friend. Though you don't want to boil them – that's the quickest way to shrink them – a hot cycle will keep them whiter for longer. And if it’s too late, don’t worry: lackluster whites can be remedied. 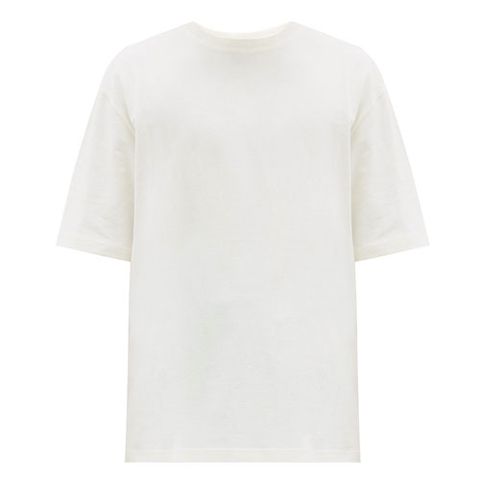 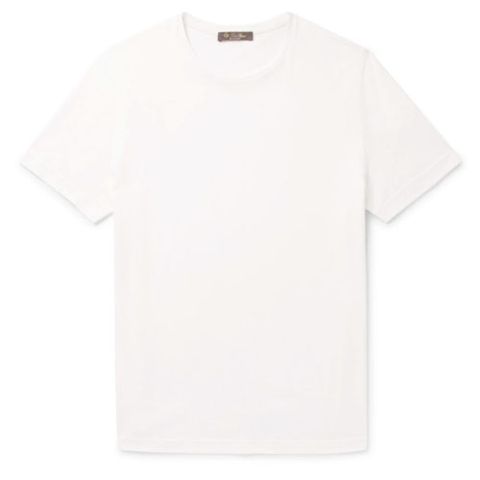 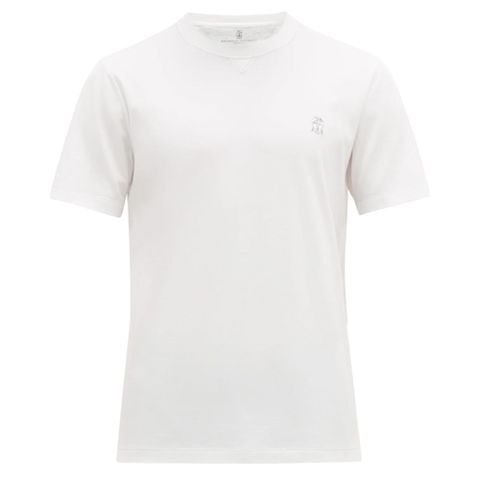 “Pre-soak whites in warm water and lemon juice for 30 minutes before machine washing,” suggests Lulu O'Connor, founder of sustainable clothing care brand Clothes Doctor. "Finish by drying outdoors if possible, as the sun will help brighten garments and also remove stains.” For marks and yellow underarms – caused by the aluminium found in many deodorants – treat with a pre-wash stain remover, using a gentle brush to work the detergent into the fabric. Finally, avoid using hangers when drying as this can stretch out the neckline of a T-shirt. Finally, always store folded flat. Go on. Make Marie Kondo smile.

About The Author
Reiss Smith
View Other Articles From Reiss Smith
Get The Latest Updates From Esquire!
Subscribe to our newsletter!
Latest Feed
Load More Articles
Esquire Money