Time is hard, but the wrist is easy. 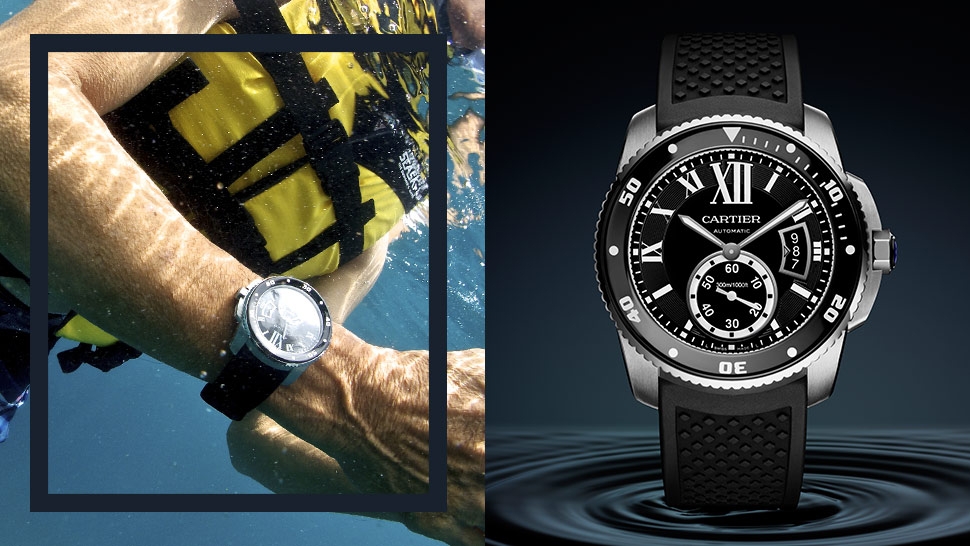 A while back, on a sunny trip to Cebu in the middle of a very wet season, I learned, first-hand and for the first time, just how large and strange whale sharks were. Obviously I was late to the party. Oslob had swerved from off-the-beaten-path to mainstream tourist attraction over the past several years, and when we got there right before noon the droves were out in full force, lining the coast on garlands of pump boats strung together with ropes.

They were also predictable creatures. Besides the fact that they were as enormous as we had expected them to be, their dark snouts surfaced right by our outriggers just when our guides had told us they would. As I warily followed their underwater bulk slipping smoothly under our graceless arms and legs, I wondered how the animal kingdom kept such close watch over time, and why they even needed to. 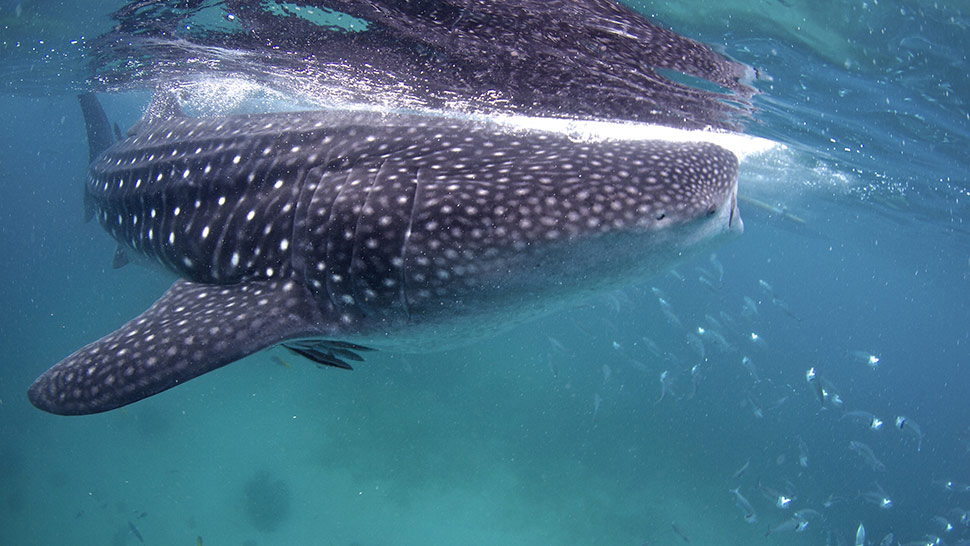 Humans certainly do need to keep their time—even when, in the middle of a welcome break on what is arguably the Philippines’ first location to ever be regarded as an “island paradise,” things have always ever seemed to mind only their own pace. In fact, our own much anticipated seafood lunch had been vaguely scheduled at precisely “after seeing the whale sharks.”

So maybe it was a perfect time to launch Cartier’s new Calibre de Cartier Diver Watch—not only because we had lost almost all concept of time by the time evening came and it was time to head back into civilization, but also because luxury watches do tend to communicate more than just the time of day.

I’m no stranger to watches; besides my wedding ring, they’re the only piece of jewelry I allow myself to wear. But I should go a little bit further and say that I do love a good timepiece and at the same time I do use the word “jewelry” decisively. I could, for example, simply take a look at my phone if I wanted atomic-clock precision and the opportunity to chide a late lunch companion while I’m at it. And there are times that I catch myself admiring whatever I have on my wrist rather than actually checking the time. Worse, I have caught myself looking intently at other people’s watches—a habit that I think carries less guilt than—I imagine—checking out my wrist and seeing on it something I have dreamed of owning. 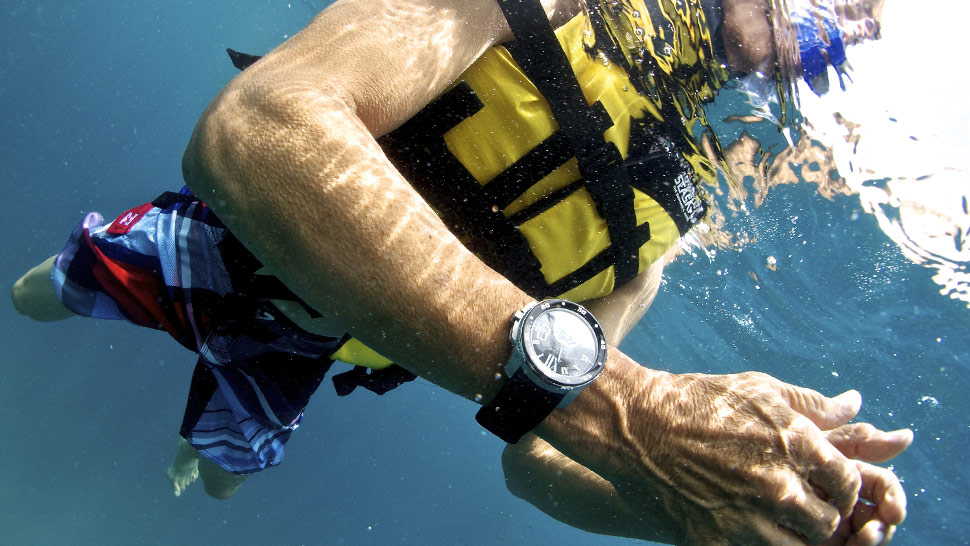 Later on, at a very warm launch party, I had that thought in mind when, and to the surprise of the well-trained Cartier attendant, I broke from the crowd of gazers and asked her if I could put the new Diver on. For her look of mild shock I exchanged mine, when she asked me which one I wanted to try on. I’m never one to push his luck so I asked for the stainless steel model, which I thought looked just as elegant as the two-tone or the gold.

The Calibre de Cartier Diver Watch is Cartier’s first diver’s watch. That’s a big and largely unexpected thing, considering the fact that Cartier has been around as jeweler to royalty since a little bit after royalty was invented, and especially the fact that the wristwatch itself shares its origin with the brand. 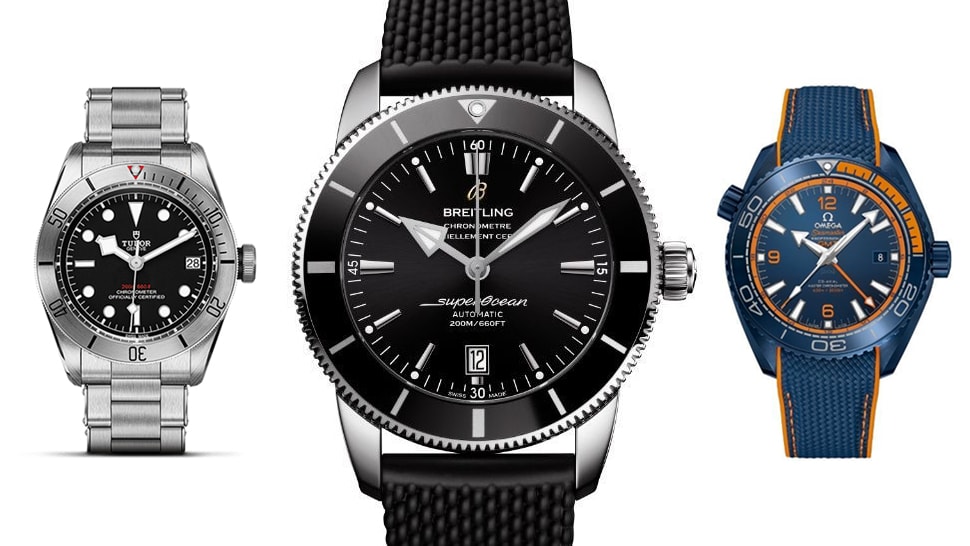 14 Dive Watches That Look Just as Great on Dry Land

Watch enthusiasts know how important a diver’s watch is to any luxury brand portfolio. Not only does it give a certain functional credibility to any lineup, it also lends an air of professional commitment to the brand’s backend engineering complement. Not that Cartier was never a serious house; the Cartier Santos, created in 1904, was one of the first ever watches designed to be worn on the wrist, and it remains a unique and formidable cornerstone of any jewelry or watch collection. The challenge for the Cartier Diver, it seems, has been to create something capable of carrying the Cartier pedigree, which has always been an amalgam of craftsmanship, luxury, and classical design. 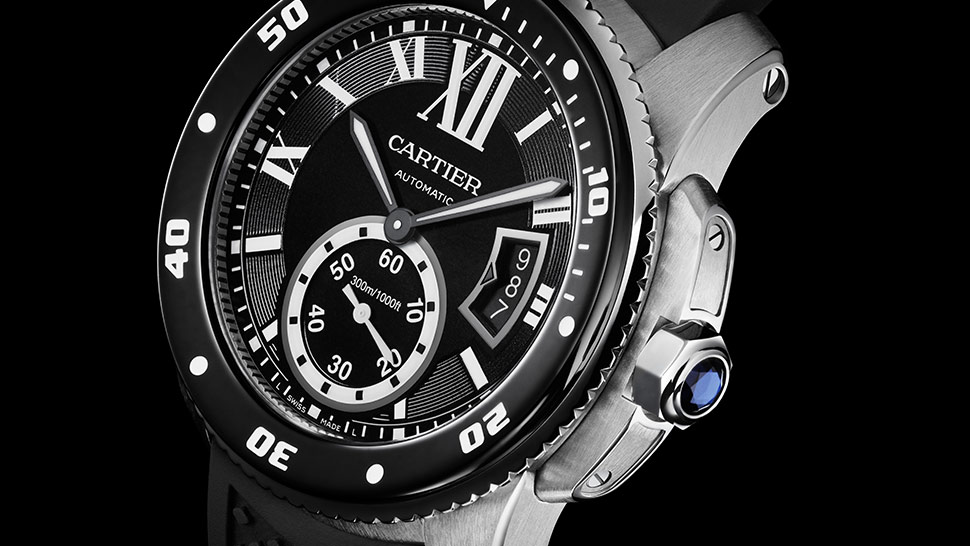 Recently, though, engineering has entered the mix. Watch lovers have taken notice of grand decisions made in Cartier’s manufacture that have gone beyond previous expectations. Among them has been the creation of a true in-house movement, the 1904 MC, which made its first appearance in the Calibre de Cartier a few years ago. From this point-of-view, the emergence of a true diver’s watch—with the host of technical considerations that comes with it—can be seen as a logical next step.

Before any watch can be called a proper “diving watch,” it must answer to the arcane conditions of the ISO 6425 international standard, which call for minimum requirements for water resistance, salt-water resistance, dial readability, strap durability, and among other parameters. These are par for the course for any serious watch manufacture, of course. But just as there are impossible challenges in the making of a diver’s watch in the serious watchmaking industry, there are also contradictions, if you will, in the watch-wearing industry—the primary example of which is that few owners would ever think of taking their luxury diver’s watches on an actual dive.

That was what was on my mind as I looked at it. On the wrist, the Calibre Diver sits extremely well, with its wide stance and broad shoulders. At 42mm wide, which places it on the larger side of the watch-dial fence, it also bears great confidence in the way it wears its details. While it was startling to see a numbered bezel and the Cartier stamp on the same timepiece, it was equally surprising to find out how everything was held together well by a non-physical design element—the bezel’s sheen—so much so that I understood why it also comes in gold and two-tone versions, and why Cartier has always kept its stature even among the most persnickety collectors.

This, too, is the reason why wearing expensive handmade timepieces promises to remain an attractive and reasonable proposition in the age of the G-Shock and the Apple Watch. In the interest of precision, then, let us not call them contradictions—let us call them consistencies—we are human, after all, not whale sharks, and sometimes we need to be reminded of the time, and of the heroic, human ways with which we try to tell it.

This story was originally published in the October 2014 issue of Esquire. 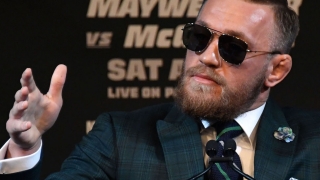 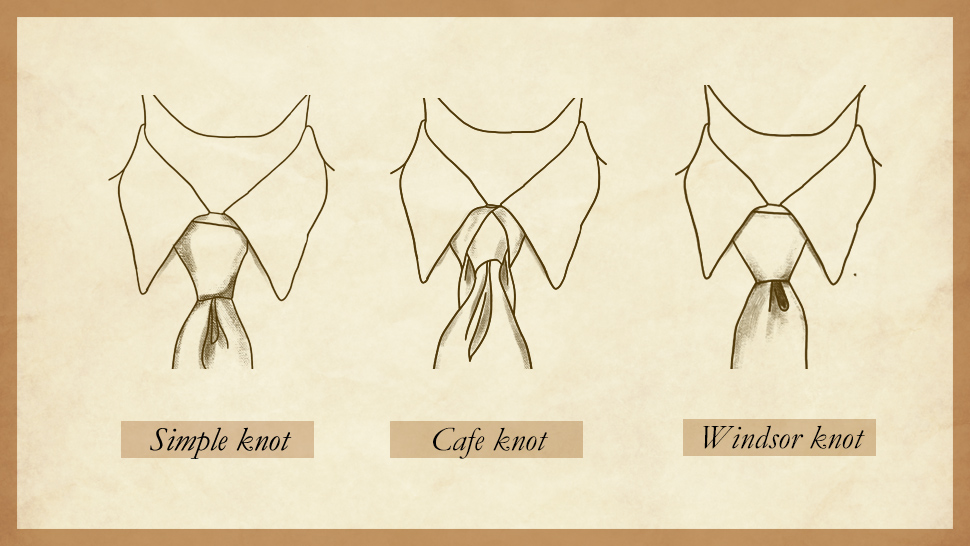 You Do Know That There's More Than One Way To Tie Necktie, Right?
All Photos
Comments
View As List