Men aren't left out as this great fashion house opens in Manila. 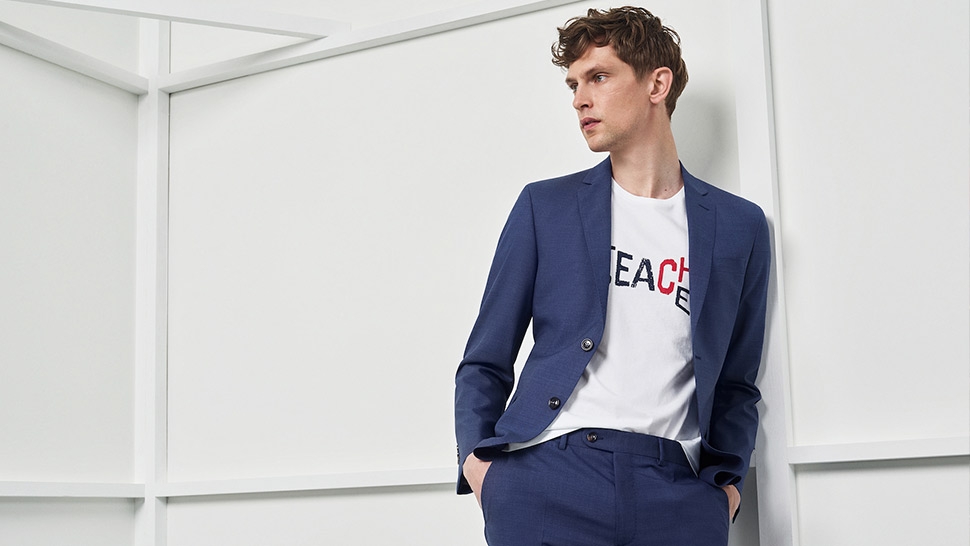 Men, please meet designer Carolina Herrera, the original cool girl. Back in the day, she hung out with the Jaggers and Andy Warhol (she was also his muse) at Studio 54, was a founding member of the OG jet set, and of course was photographed to death because of her regal beauty and personal style. With the prodding of Vogue editor Diana Vreeland, she released her debut collection at the Metropolitan Club in New York in 1981, and the rest, as they say, is fashion history. 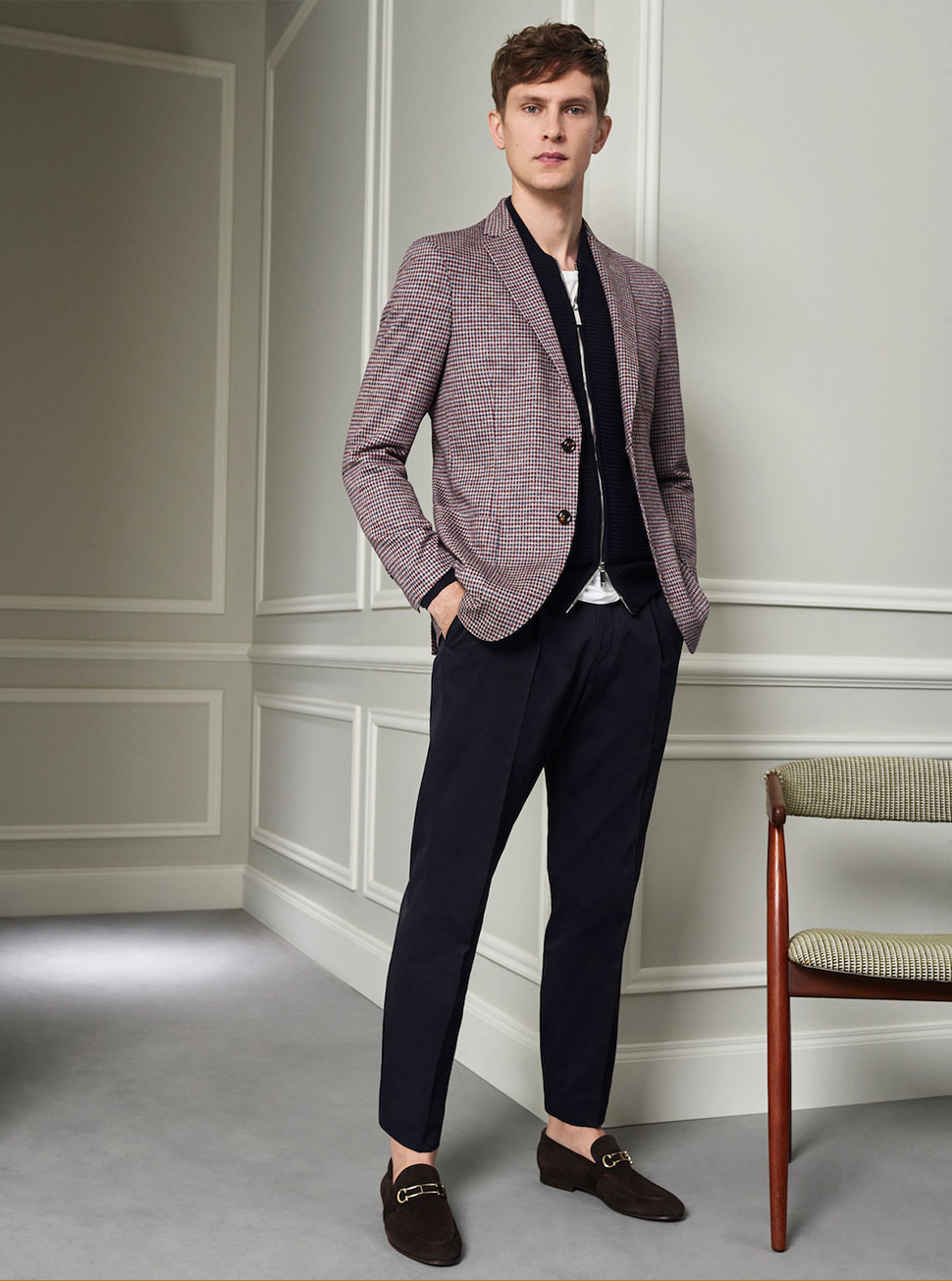 Since then, the House of Herrera has dressed a bevy of cool women, from Jackie O to Caroline Kennedy, Michelle Obama to, most recently, the actress Sarah Paulson (American Horror Story, American Crime Story), who wore a silvery frock with poufy Imelda Marcos sleeves at the Emmys. Fun fact: Herrera also designed the wedding dress Kristen Stewart wore in Twilight.

One of the best-dressed women in the world, she popularized that white shirt look. You know this one: an immaculate shirt, with a high, stiff, and open collar, tucked into a skirt. Herrera is not only an accomplished designer, but also an icon—and now she shares her elegant and easy style with men with the opening of CH Carolina Herrera in Manila. 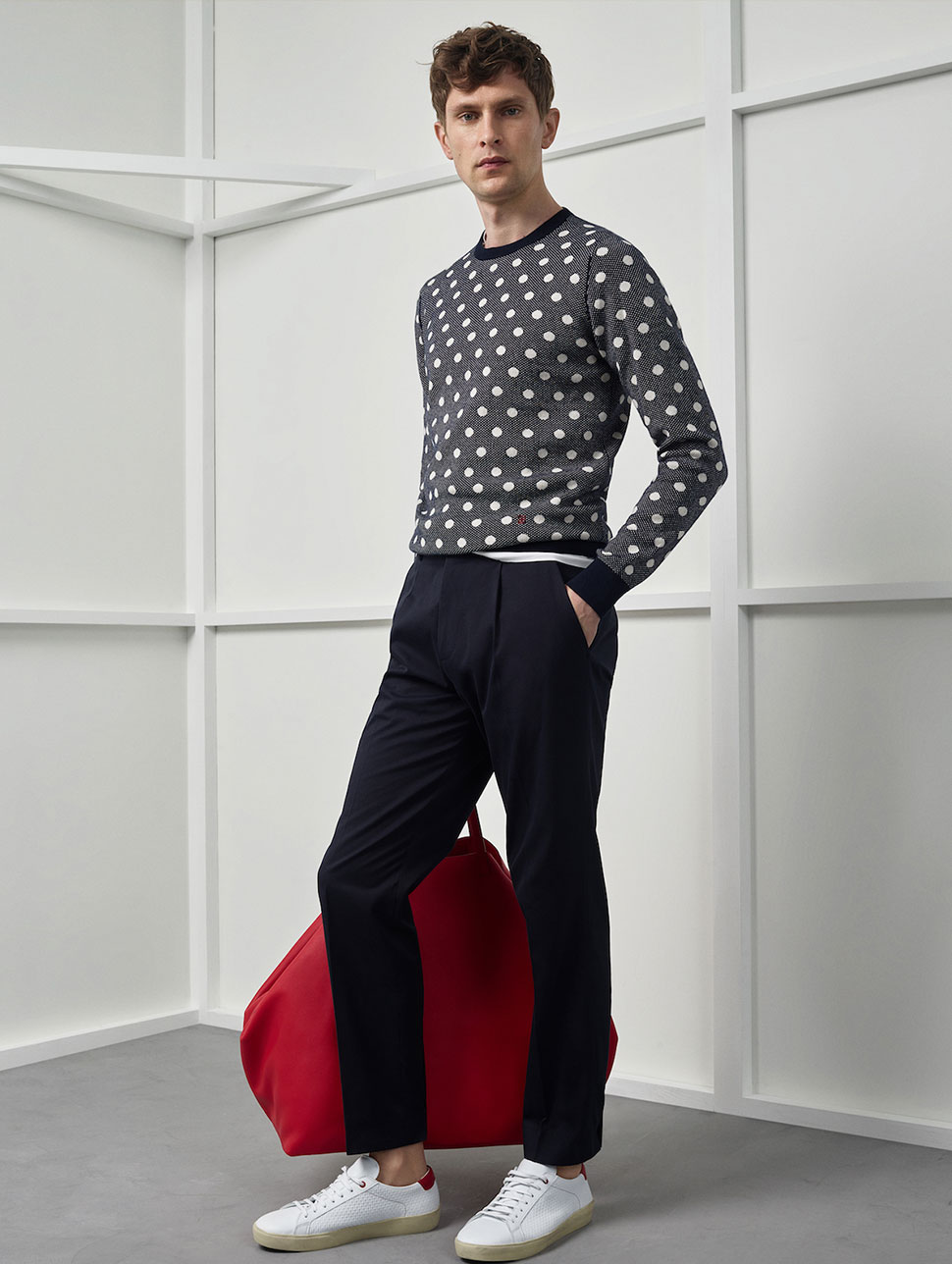 The glossy shop features a respectable range of ready-to-wear, shoes, and accessories for men, which is something to be excited about, especially when most international fashion stores in the country carry only leathergoods or a handful of clothing for men (or none at all).

Alexis Cáceres Sánchez, country manager of CH Carolina Herrera in Southeast Asia, describes the CH look as very American, but with European influences. Everything is inspired by New York City, where the company is headquartered and the designer lives in a townhouse on the Upper East Side of Manhattan. 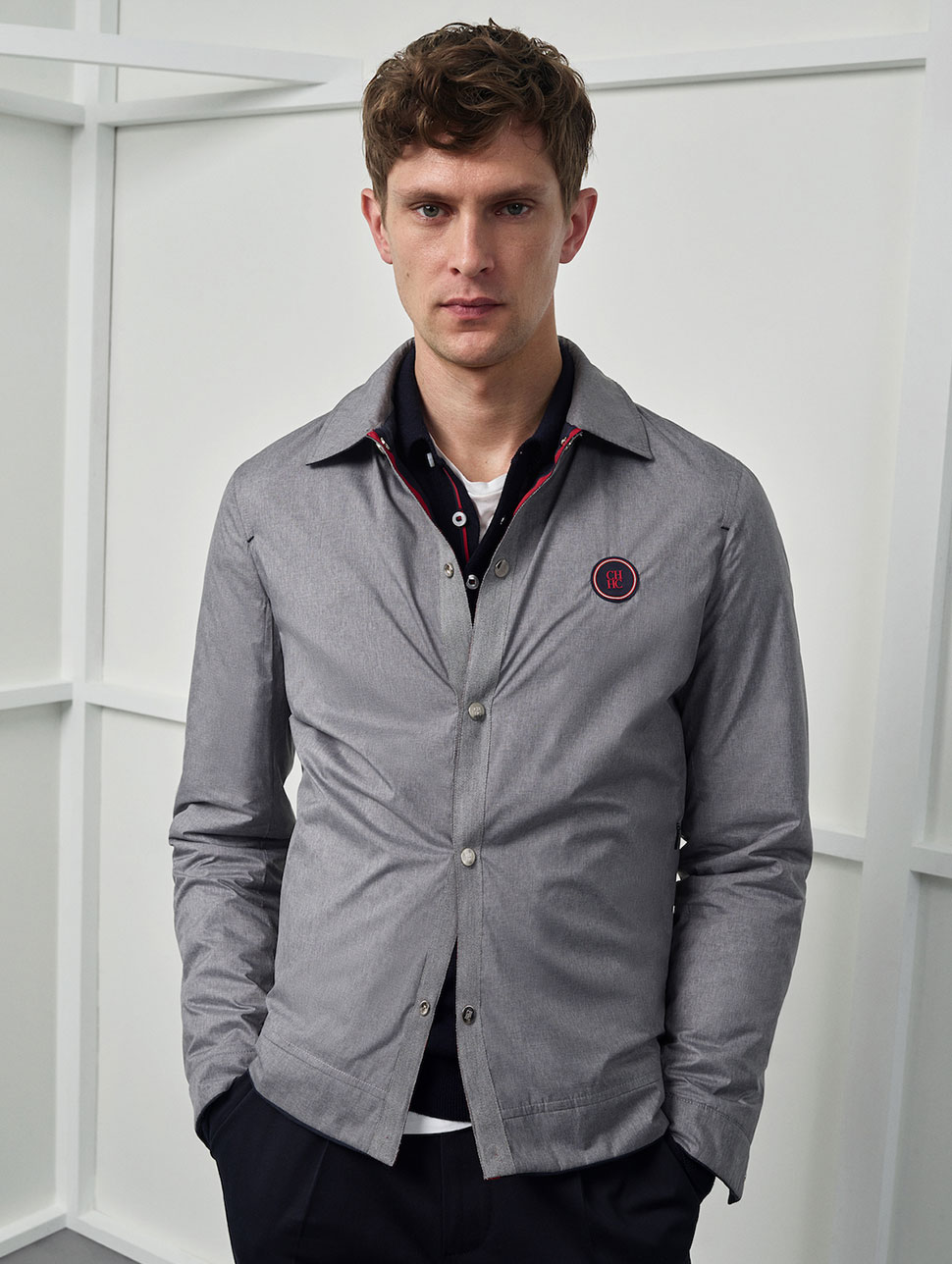 The American part is easy to parse. A good chunk is dedicated to dotty pullovers, jeans adorned with patches, and quilted jackets that speak of leisurely weekends or an informal work environment. Even the library of shirts and ties and a small collection of suits (for those that need to dress up) have a softer finish. These will lend you an appropriate appearance that is never boring.

Sanchez points out that CH's main colors are navy blue, white, and a punch of red, while materials are mostly cotton, wool, and cashmere, all of which makes for a versatile and timeless wardrobe. You could see yourself wearing these pieces, from day to night, desk to drinks, as New Yorkers do. 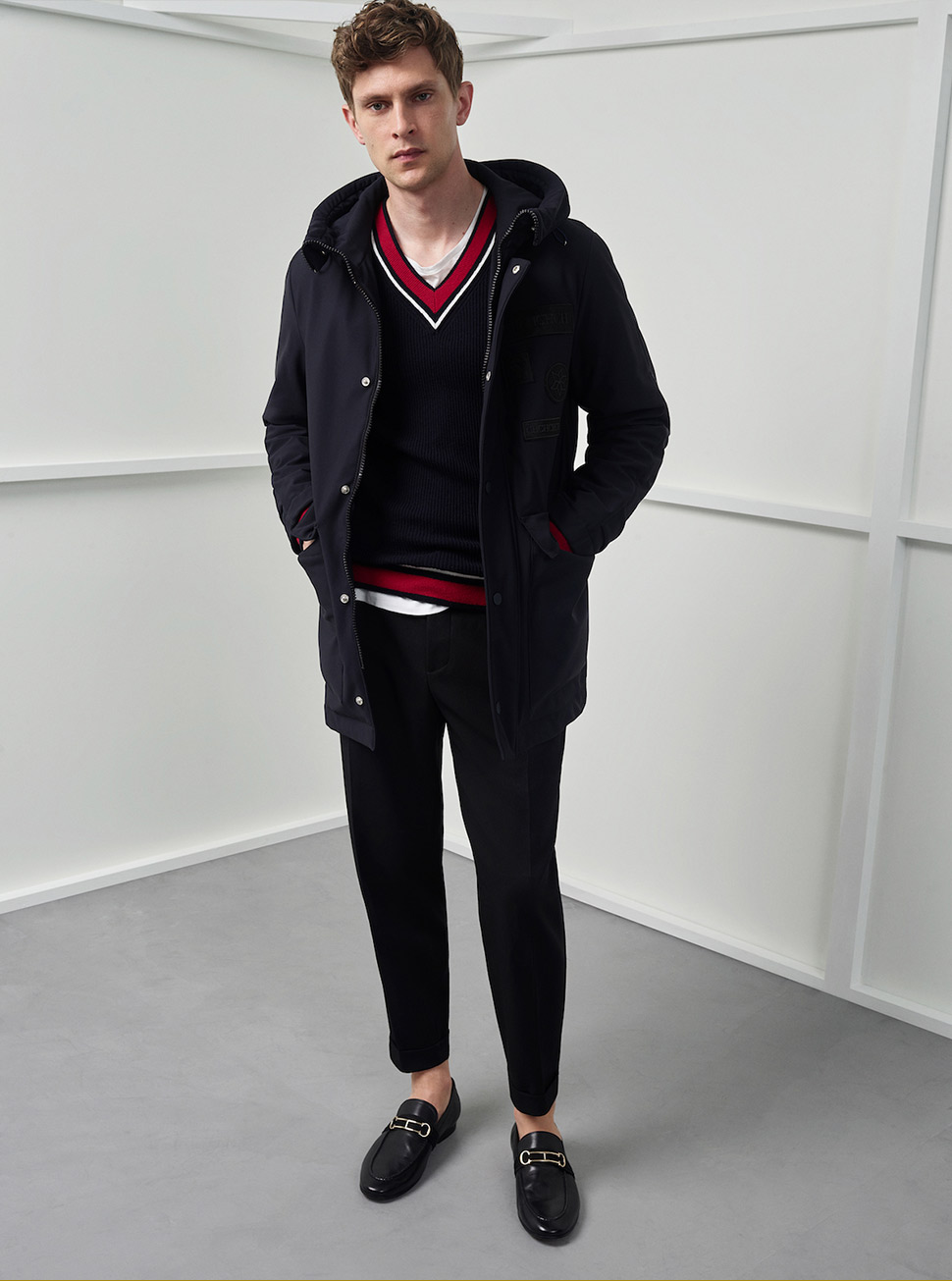 The European touch is found in the details or more specifically in red, as in a navy blue suit, whose lining reveals stitching and finishings in the bold hue. There is also the toucan, the large-billed bird that is a nod to Herrera's Venezuelan roots and has become the house's emblem. The wild bird lands as the centerpiece of a round-collar gray sweater and as a graphic pattern (very tiny toucans!) on a polo shirt. 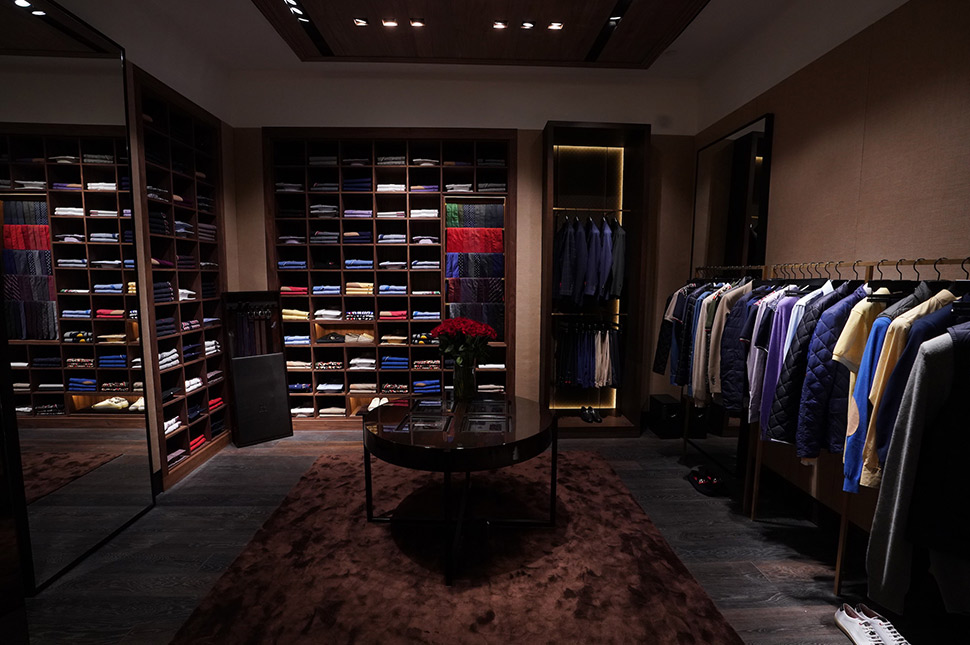 Consider, too, a pair of loafers from the Insignia Collection, the special line released on the company's 35th anniversary in 2016. The hardware on the vamp is cleverly done with two Cs bookending a hyper-stretched H—sort of like a dog bone but way cooler. In these new clothes, you get the perfect blend of fashionable and easy, elegance and irreverence, which is much like the lady herself. Greenbelt 5 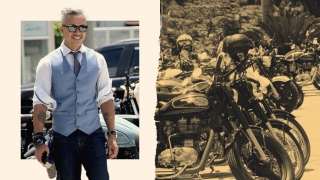 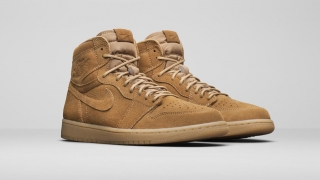