Dior Marches to Its Own Beatnik

Kim Jones thinks of Dean Moriarty as blue-chip menswear goes On The Road. 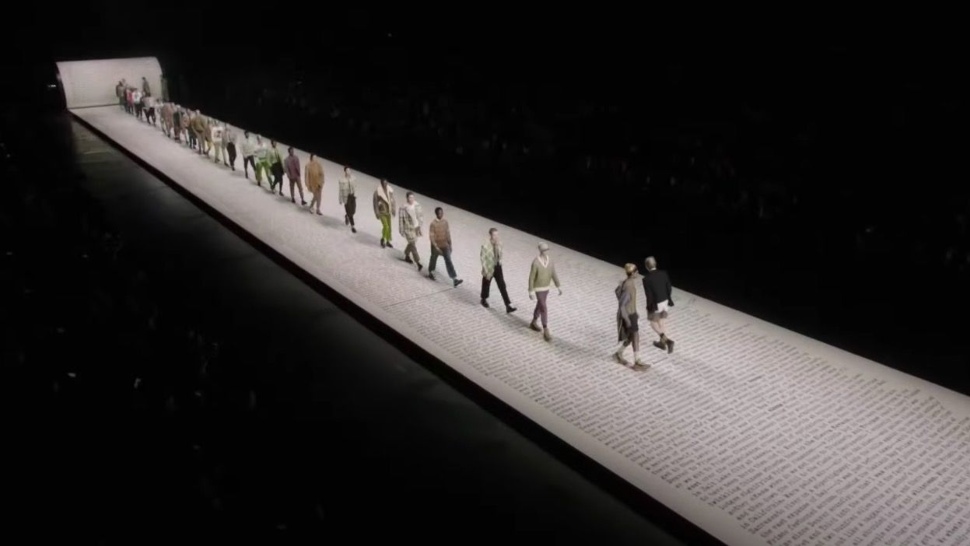 “I think of Dean Moriarty, I even think of Old Dean Moriarty the father we never found,” says Sal Paradise, the naive narrator of beatnik legend who breaks free from white picket pretences to go On The Road. It is one of the most famous books ever written, and author Jack Kerouac’s roman-à-clef of American impossibilities and flickering youth not only inspired The Culture, but created a brand new one that existed long after the book’s 1957 release. With no Moriarty, the troubled, fleeting centre of Paradise’s universe, there’d be no Dylans, no Morrisons, no Bowies, no S. Thompsons. The keyboard player of The Doors, Ray Manzarek, even said as much in his 1999 autobiography: “I suppose if Jack Kerouac had never written On The Road, [we] would never have existed.”

And there would be no Dior, at least not in its current iteration for fall 2022, with creative director Kim Jones thinking of Moriarty at this evening’s gilded London show. Before any model had even taken to the runway, a virtual holding pen on the digital stream set the tempo (a jazzy medium swing, naturally). Various bright young things in Dior’s good books read from the novel in question; Tom Daley, wearing a bookish-but-boxy knit, shirt and tie; Call My Agent’s Nicolas Maury, adding a quiet, singsong theatre in a sweater that repurposed the sloping, retrofuturist Dior typeface that’s become popular during the Jones administration; Lila Grace Moss; Oliver Sims of The XX; London-based poet and musician James Mæssiah confirming that he too thinks of Dean Moriarty as he read aloud the closing lines of On The Road to the sound of a wistful, smoky horn.

This was no case of more thinking and less doing, though. A giant scroll unfurled to reveal Kerouac's seminal prose, and provide the show with its runway; a thinly veiled allusion to Jones's unravelling and reinterpretation of both Dior's house codes and beatnik lore, while still presenting his own vision. It quickly became apparent that the creative director had found the sweet spot in this Venn diagram. There was classic Dior in the meticulous construction of a classic shirt. Upon its front, there was Kerouac, quite literally, with an illustration of a stiff-jawed, smooth jazz listener (which was also found to the reverse of the show invite). And in the schoolboy shorts with a slightly technical edge, it was textbook Jones as a designer that has cultivated a bumper crop from disparate but bountiful roots in Umbro, Louis Vuitton and Dunhill.

The rest of the show was firmly rooted in the times of Kerouac, but also felt of these times too. Sensible Fairisle jumpers and Oxford shirts glittered, giving a second chance to the stuff of forlorn salary dads that still dream of their high school football days. Gameshow host blazers that gave wide shoulders and one-liners were surprisingly wearable in green and monochrome checks. The denim, though sparing, was standout, and sharp, and had all the immaculate precision of any heritage Dior tailoring. There was a newness to collegiate essentials as shirts, ties and sweater vests clashed in various pops and prints of green and purple, another example of Jones' futuristic slant. And, perhaps, another sign that 'Future Prep' is the next natural evolutionary step of New Prep following previous flashes at Louis Vuitton, Rhude and Dunhill, where the models all seemed to graduate from Yale's distant Ganymede campus.

But this was still very much a reinvention of beatnik as models walked to a thumping, minimalist soundtrack (breakbeatnik, if you will). And of course, like anything remotely and obviously beatnik, Dior’s take will never be accepted by the purists. Kerouac was even said to loathe this romanticism of despair that he himself inspired. But whether the writer liked it or not, this romance abounds. There is something romantic about these tragic men that live in an America where the Midwest belongs to a sapling mythology. It inspires, it hypnotises, and, via Dior, it allows a new generation to take On The Road in a new direction. In menswear, it is not just Sal Paradise that thinks of Dean Moriarty. 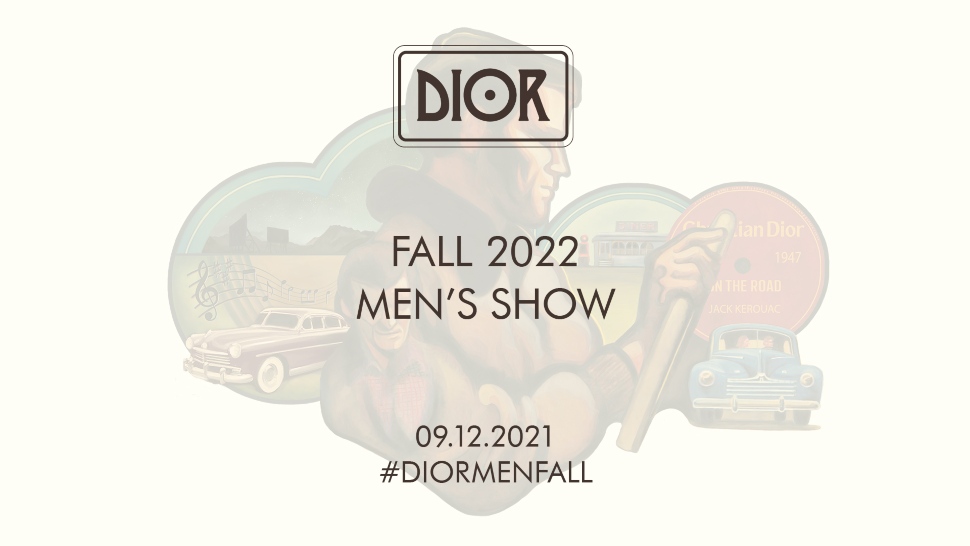 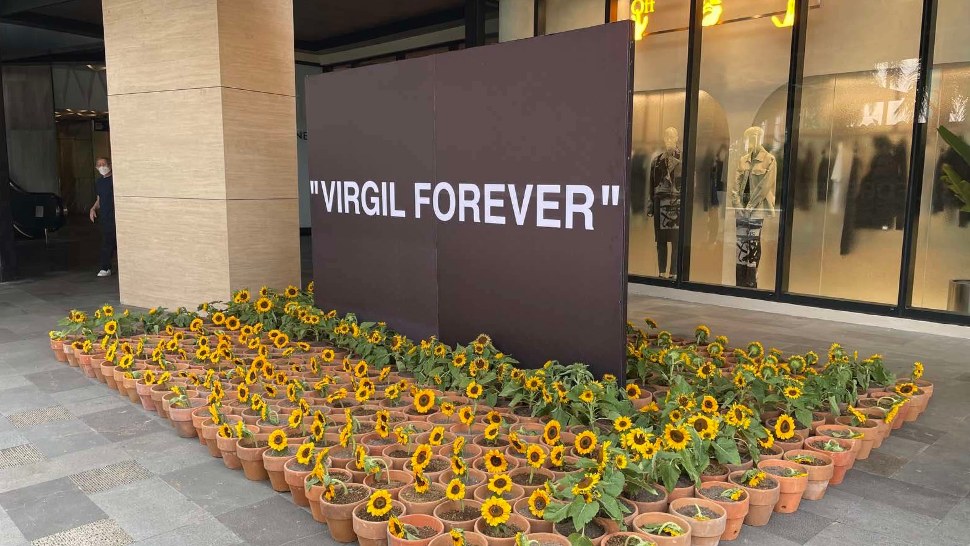