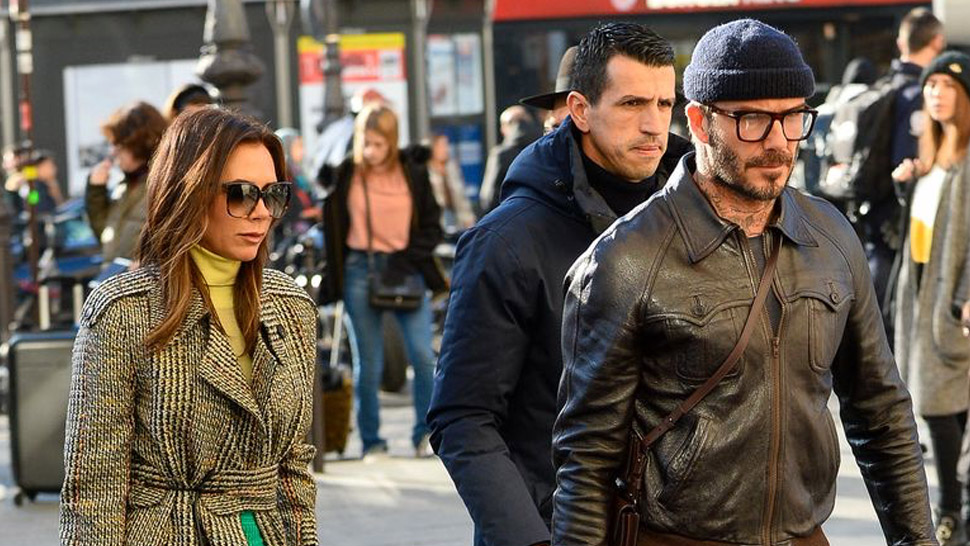 You never know someone until you go abroad. Truly. Even the sharpest of dressers can descend into maximum, couldn't-care-less comfort: decade-old tracksuit bottoms, white T-shirts in a dull shade of gray, and (shudder) flip flops. Add to that a diet of nuclear-hued cocktails, and one's true colors can form a veritable rainbow when you're off-shore.

David Beckham doesn't have that luxury. He's photographed. An absurd amount, in fact. But paparazzi's most wanted is also a mentor, for you needn't be part of fashion's first family to learn something here. Weekend city breaks can be well-dressed. What's more, you don't even have to try that hard either.

After an appearance on the Dior front row (a procession of Very Famous People that had the combined wealth of a small, oil-soaked Middle Eastern nation), Beckham and his good lady took to Paris in the perfect getaway garms. That meant a leather jacket, a fisherman's beanie, and a good pair of tan slacks.

So far, so Surrey dad. The 44-year-old however took his expertise with black tie to weekend civvies, melding a wearable, easy color palette (browns: the workwear kind, as opposed to the Seventies kind) with pieces that are proper quality classics, the sort that'll actually last, and elevate the core staples that everyone else has.

Look to the leather jacket. Not a dated biker, nor a cafe racer, this bomber sits in a happy place beyond trends, and as such, is a polished take that still keeps it all relaxed. So not quite a tailored three-piece. But, it's far superior to the stained hoody that greets the Uber Eats driver each Sunday.