Giant collars! Cape-slash-parkas! Yellow! The actor isn't afraid of anything. 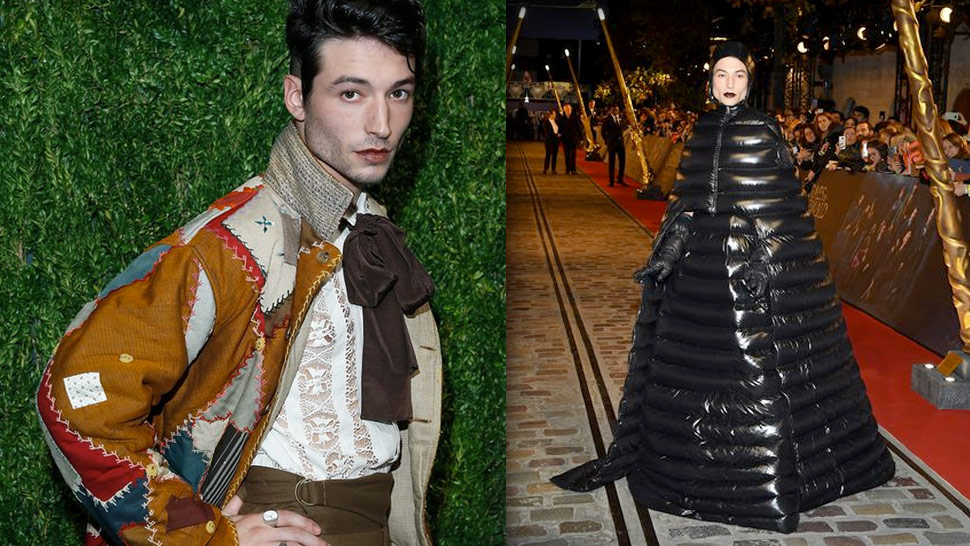 Sometimes, breaking the rules is exactly what you're supposed to do. This works particularly well when the assignment is to get dressed up for the press tour for your film about wizards and magical creatures. (Consider the dress code "cape optional.")

Ezra Miller's latest look is tame compared to the rest: a yellow mixed-media pullover with a popped collar high enough to pull in local broadcast channels. And while everyone else involved with Fantastic Beasts: The Crimes of Grindelwald looks perfectly acceptable, it's Miller's taste for the extreme that has stolen the entire show since about, well, July. 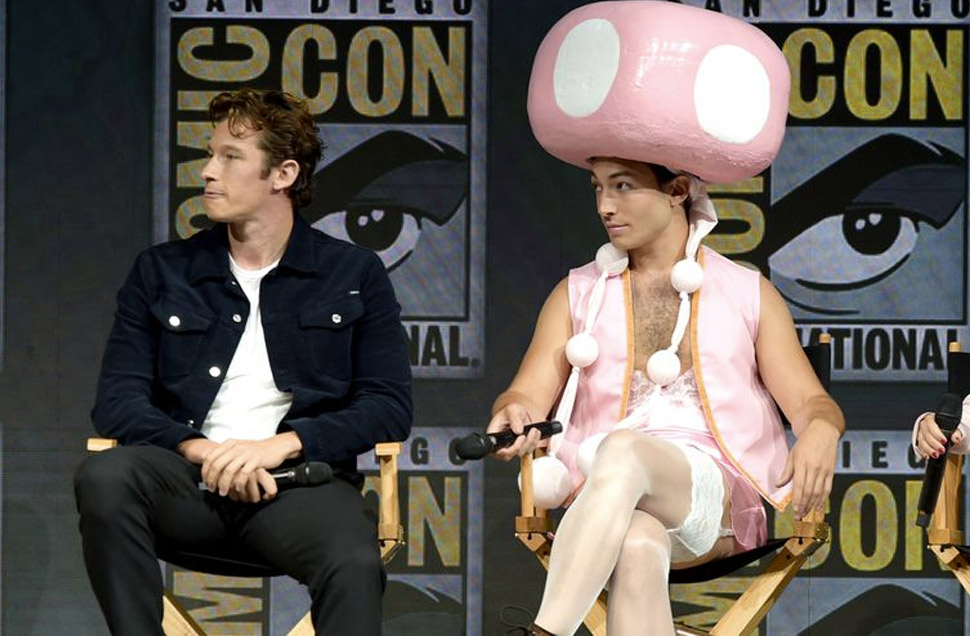 First (technical) stop: San Diego Comic Con, where Miller showed up in full Toadette cosplay. A bare masculine leg is not something often paired with pink lingerie, but it worked. That probably should have tipped all of us off about what was to come, but it’s Comic Con, so who truly knew?

Perhaps the real kickoff was when Miller wore this Mad Scientist silver-coat-and-yellow-scarf combination. It’s essentially high-fashion Beaker from The Muppets, and that is nothing but a compliment. 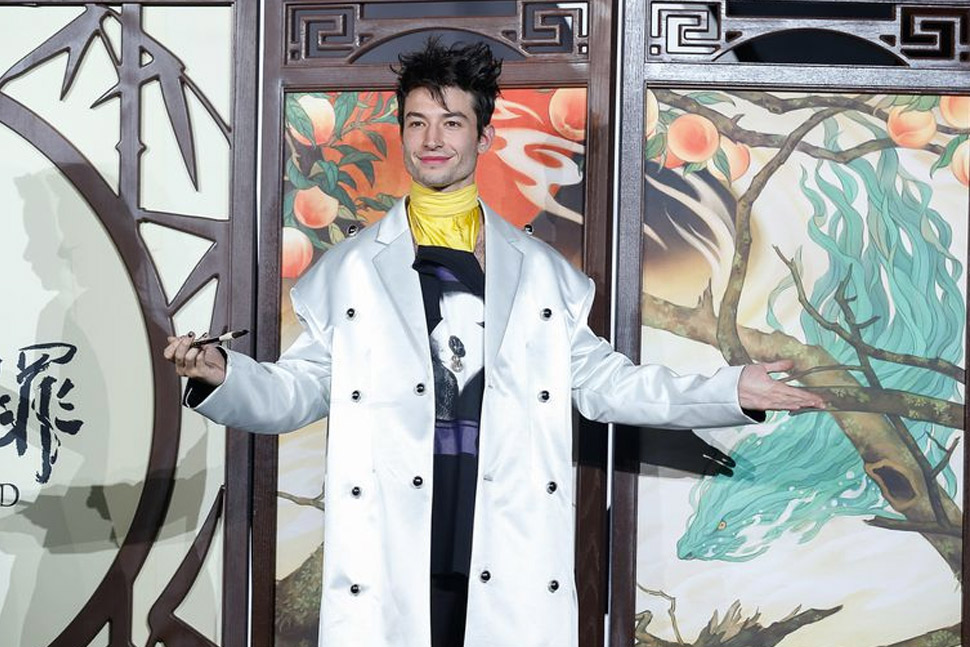 Following that appearance, Miller went full cowboy “Coat of Many Colors." Just look at that patchwork. There’s a lot to discuss: the high-waisted pants, the billowy brown bow, the full range of patterns. It’s admittedly a little bananas, and it’s perfect. Granted, it’s not for an official Fantastic Beasts appearance, but it’s in the midst of this press tour and it would be a tragedy if it weren’t included. Crimes of Grindelwald? I think not. I’m only interested in the crime of not including a Paso Doble element on every single red carpet. 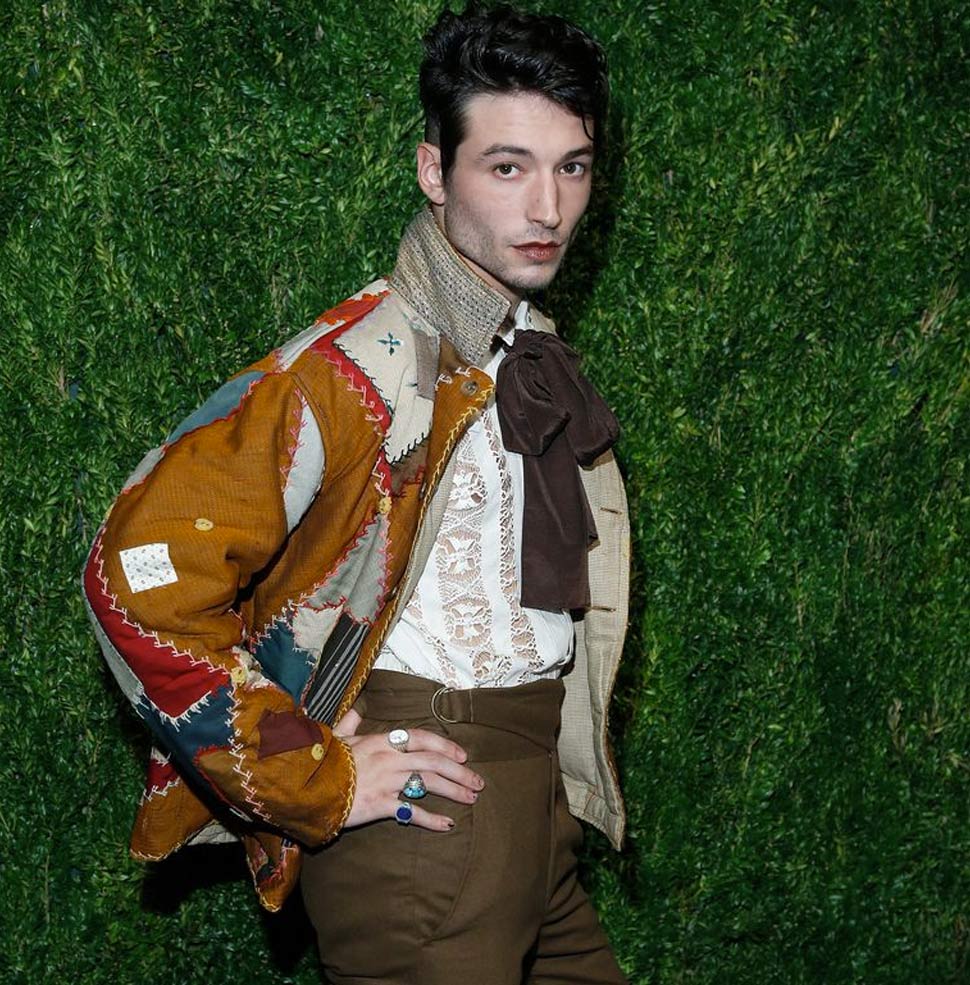 That leads us to the past weekend, and this Little-Edie-meets-Maleficent-in-the-dead-of-a-Detroit-winter ensemble. The full-length, padded black Moncler Pierpaolo Piccioli Puffer Gown looks like something that a Disney villain would wear if a flash blizzard suddenly popped up, and if you don’t like it, you’re wrong. You go put a nighttime lip on and try to pair it with anything but a shiny puffer gown and let me know how that shakes out. It’s an impossible look to compete with, but I can’t help to feel a pang of sadness knowing that this press tour is coming to a close soon. The film's release on November 16 is the inevitable cutoff for this wardrobe tour-de-force, and do you think you’re going to get anything like this from Mary Poppins Returns? I think the hell not. 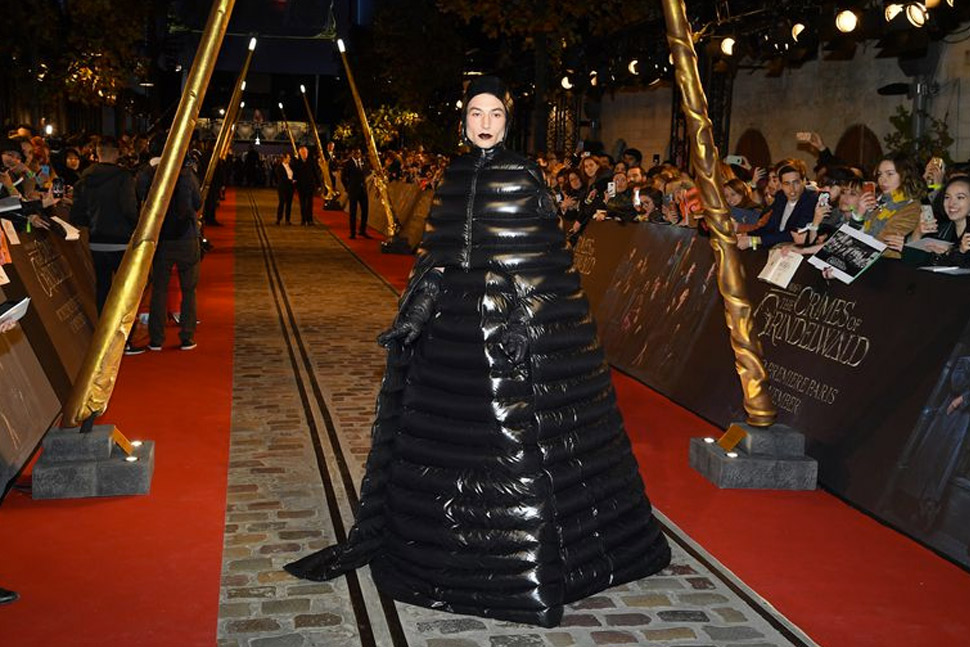 Lin-Manuel Miranda, as charming as he may be, is not going to serve you patchwork. There will be no gender-type defying gowns. There will be no street-style inspired by the Man in the Yellow Hat, like the flawless look below. All we'll have is the memory of Ezra and the call to be bolder than we knew we could be. Perhaps the lesson here is to be as brave as Miller is, because when you choose to fully go for it, the result can be magical. Magical, and yellow, and padded, and full of patchwork. 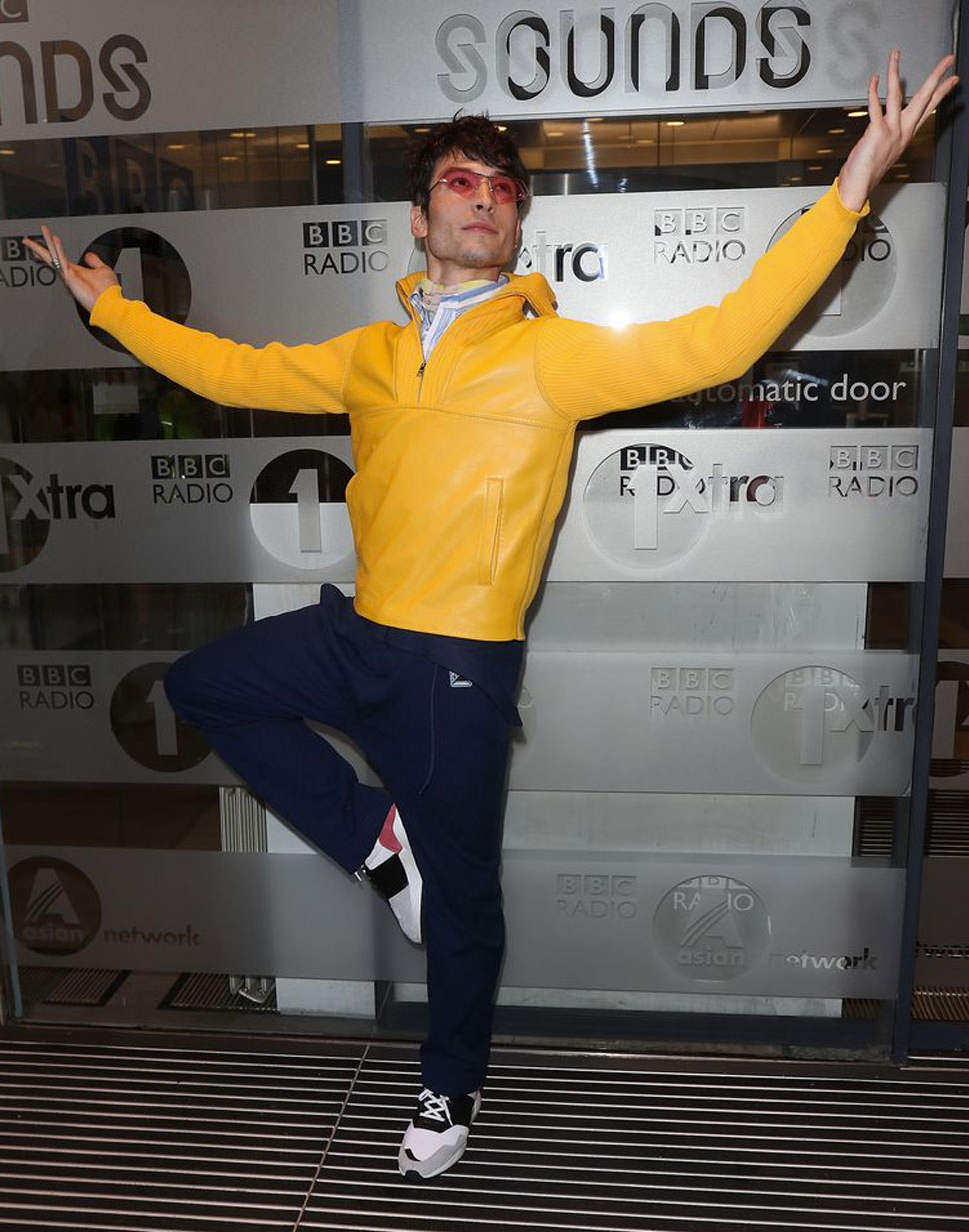 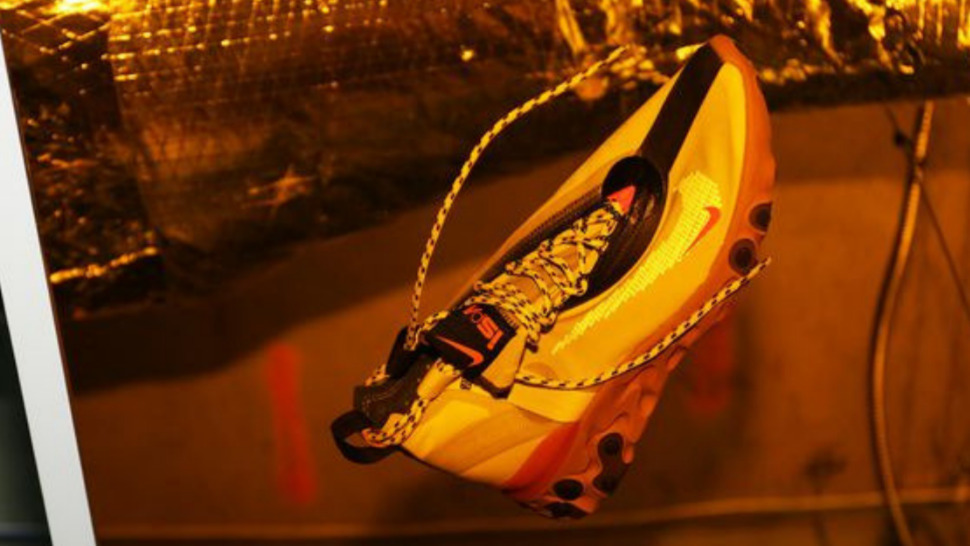 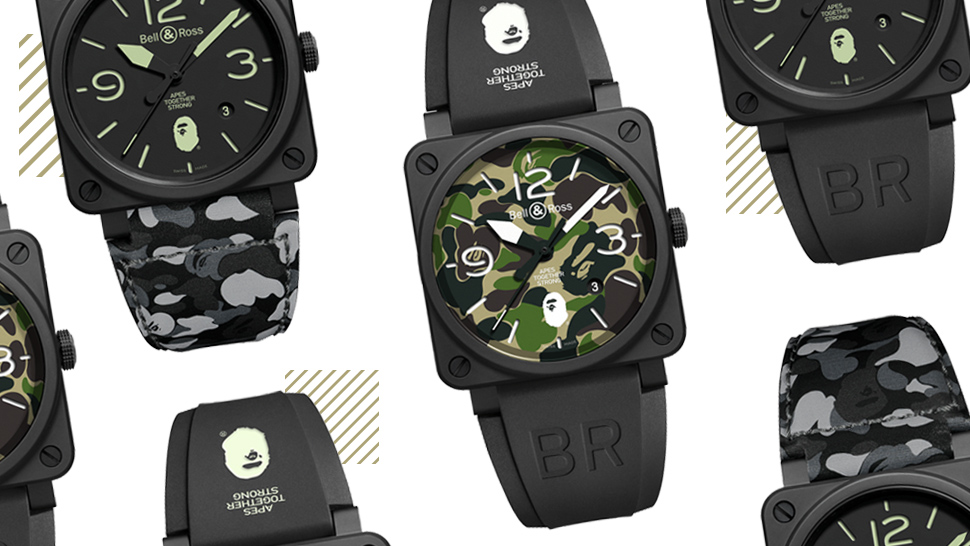