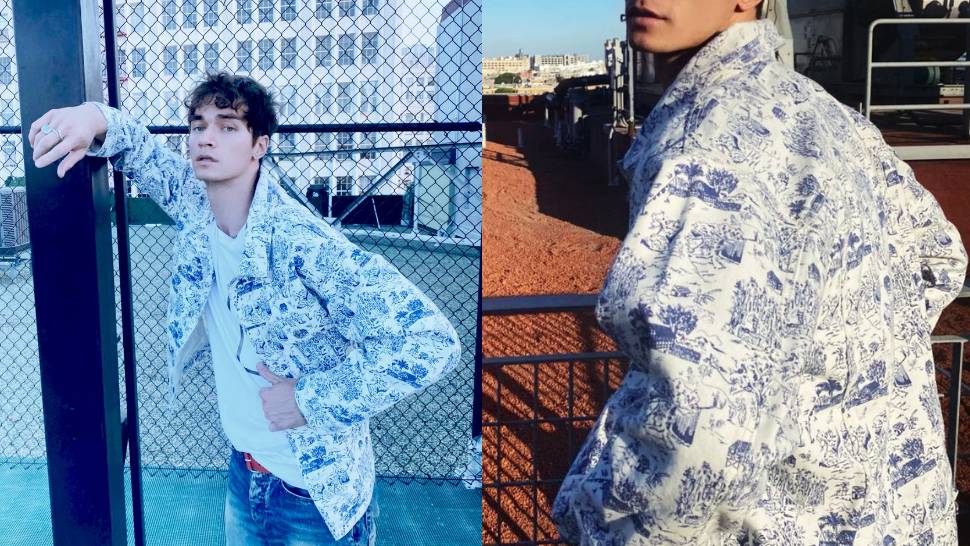 If the name Fifth Code rings a bell, chances are you may have come across this youthful menswear brand over 10 years ago with its made-to-order blazers seen on the country’s most bankable teen stars. Then 18-year-old Lorenz Namalata founded the label during his days at the De La Salle-College of Saint Benilde to much fanfare, with glossy pages and under-25 lists featuring him.

Over a decade later, Fifth Code has emerged from a years-long hiatus, marking clear growth and maturity in its creative direction and spirit. “I think the biggest change is that I no longer define or try to cater to a market that is exclusively ‘menswear’ or ‘streetwear,’” Lorenz reflects. “It’s whatever you want to call it and whoever resonates with the brand.”

He adds, “There was a lot of growth, the kind where I needed introspection, experience, and maturity—and those things could not be rushed. Although I already laid the framework for Fifth Code in college, I knew I had to apply some changes for the brand to grow along with me. It had to reflect the values I stand for today.”

Today, Fifth Code plays with a fresh and original take on hand-drawn Filipino themes, interspersed with traditional art styles and contemporary clothing. This is best exemplified in Tahanan and Mabuhay, two collections that were launched amid the pandemic. Tahanan is Lorenz’s reimagining of the 18th-century toile de Jouy pattern—popular in Parisian interiors and wardrobes then and now—updating its intricate French landscapes with Filipino vignettes inspired by the designer’s upbringing in Cagayan de Oro. Meanwhile, Mabuhay is a local take on the Hawaiian aloha shirt—said to be influenced by our own barong Tagalog—with cultural icons such as the jeepney, the carabao, and local farm elements replacing Hawaiian prints.

At Fifth Code, Lorenz’s prints are as important as the actual pieces, as the brand ventures beyond the trappings of a clothing business with its illustrations also on wallpaper, coasters, and ottomans. Creating these prints entails a painstaking process of reviewing art history, drawing illustrations by hand, and transferring them digitally. Although pieces like the Tipo del Pais print featured artwork by renowned artists, the work for Tahanan and Mabuhay was done exclusively by Lorenz, a testament to his creative conviction.

“I truly am very hands-on. I like making sure my personal standards are met at every step of the process because that’s the only way I can feel that I’m not shortchanging the very dear people who purchase from Fifth Code,” Lorenz explains, adding how he’s “keen on collaborating with creatives, too, and I constantly am on the lookout for creatives whose talent deserves a platform.”

Esquire Philippines spoke with the Fifth Code owner on the inspirations behind his Filipino-themed illustrations, as well as his process and creative vision.

ESQUIRE PHILIPPINES: What brought about Tahanan and Mabuhay, your two recent collections that were born during the pandemic?

Lorenz Namalta: During the pandemic, the world was talking about #BlackLivesMatter, and conversely, there was a call by Filipinos for Filipinos to not forget about what’s happening in the Philippines. It struck a chord with me and that’s when I started to feel that the country needs to focus on its own issues, too. We have our wins, events, and culture, and I just felt the need to see that in fashion or clothing.

ESQ: Can you tell us how you chose the Filipino motifs in the collections?

LN: It really hearkens back to the Tipos del País print I posted last June 2020. The print featured artworks by Justiniano Asunción, Miguel Guijarro, and Jose Lozano. It resonated well with peers and acquaintances perhaps because who knew a print could represent the collective feeling of being proud of being Pinoy despite the things we’ve endured, you know? The pandemic allowed all of us to remember our interconnectivity and we are all called to look after the Filipinos and the Philippines.

ESQ: Tahanan features an updated print of the 18th-century toile de Jouy. How did you come up with this Filipino take on the French pattern?

LN: I’ve made the pattern a few months before Bridgerton started airing and I think it was also just getting inspired by the things I saw online. Obviously, the toile de Jouy pattern was all about the French pastoral scene and, in true Fifth Code fashion, it was about how I could make it resonate with me. As someone who grew up in Cagayan de Oro City, there was really such a charm to living in a place that wasn’t as heavily urbanized as Metro Manila. Cagayan de Oro City is not a province but it reminded me of simpler times.

ESQ: Tahanan’s toile de Jouy features vignettes of Filipino life. Is there anything that particularly inspired these?

LN: I got inspired a lot when I saw an image of Pauline de Rothschild with her iconic 18th-century wallpaper. I remember feeling amazed by it that I wanted to capture that and make it my own. Of course, there have been others who have modernized toile de Jouy. I read up a lot on great Filipino artists like Damian Domingo and Francisco Coching to get a sense of art history in the Philippines.

A lot of the images I came up with were things I would do growing up, actually. So the research was all internal too; I took daily baths in my grandmother’s deep well in Iloilo and I swam with my cousins in unexplored beaches of Camiguin Island. These were all very deeply personal.

ESQ: Mabuhay, on the other hand, is your Filipino take on aloha shirts. Were you going for a particular vibe?

LN: I thought polos were something Filipinos wear all year round and it would be nice if there was one that was definitively Filipino. For a time, statement shirts proliferated and I think prints are a little subtler.

LN: Jeepneys are very iconic to me because my late paternal grandfather used to own and drive one for a living. It’s not only symbolic of our culture as Filipinos but it’s something part of my lived experience. The Bukid prints were my way of throwing it back to simpler times when I got to visit my mom’s town in Iloilo. Way before developments were made it used to be just acres of farmland owned by rich families across our ancestral house.

ESQ: Fifth Code doesn’t just feature clothing. You’ve ventured into printing your patterns on wallpaper, ottomans, mugs and coasters, even cookies. How do you envision Fifth Code as a brand?

LN: I can’t say for sure because I realize I do not like putting myself in a box that would limit me in the future. So for now, my focus is on prints and making Fifth Code items that I truly like in the hopes that others like it as well. I think it would be fun to be a lifestyle brand but then again, I’ll let things flow. 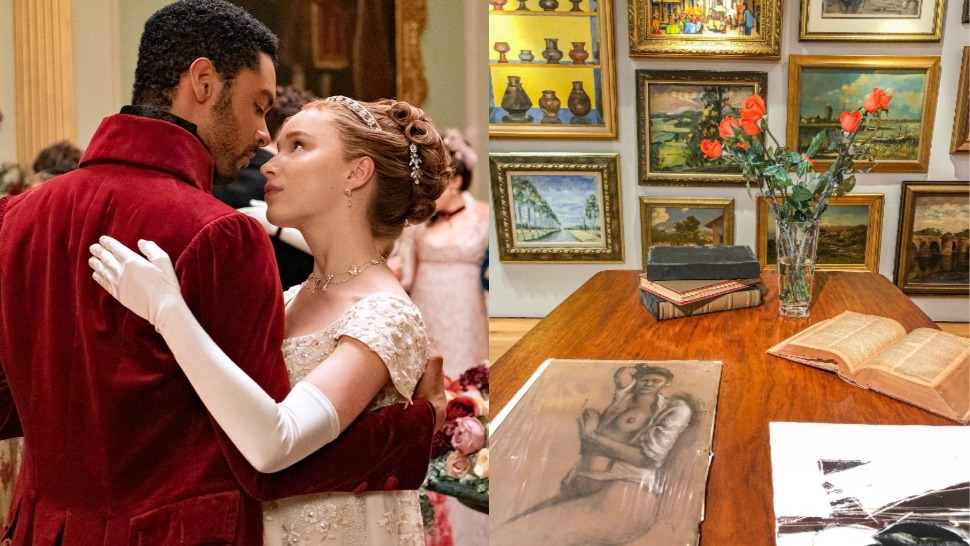 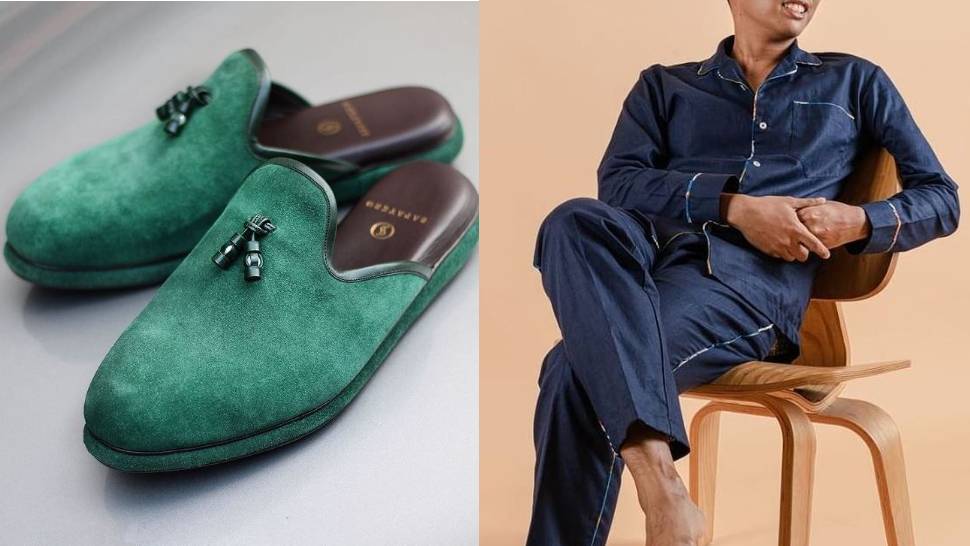 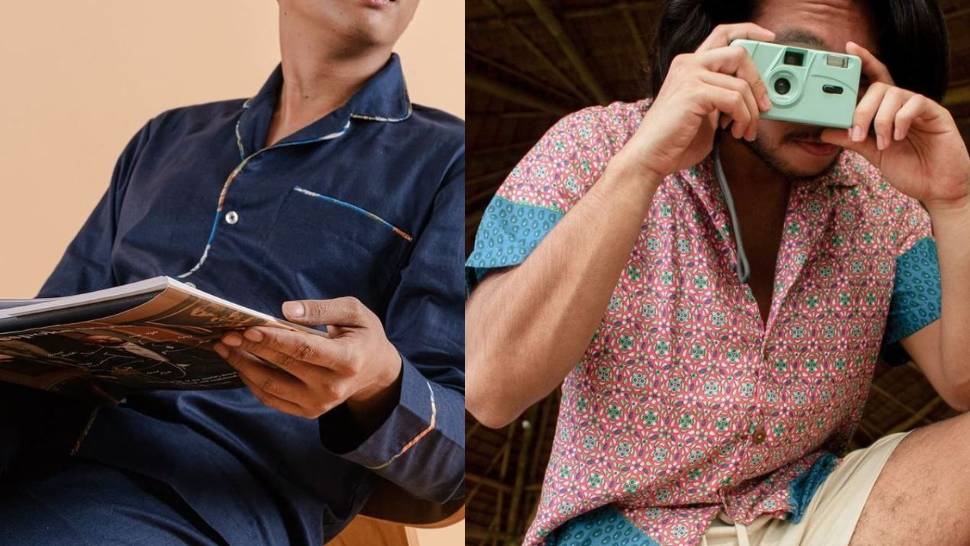 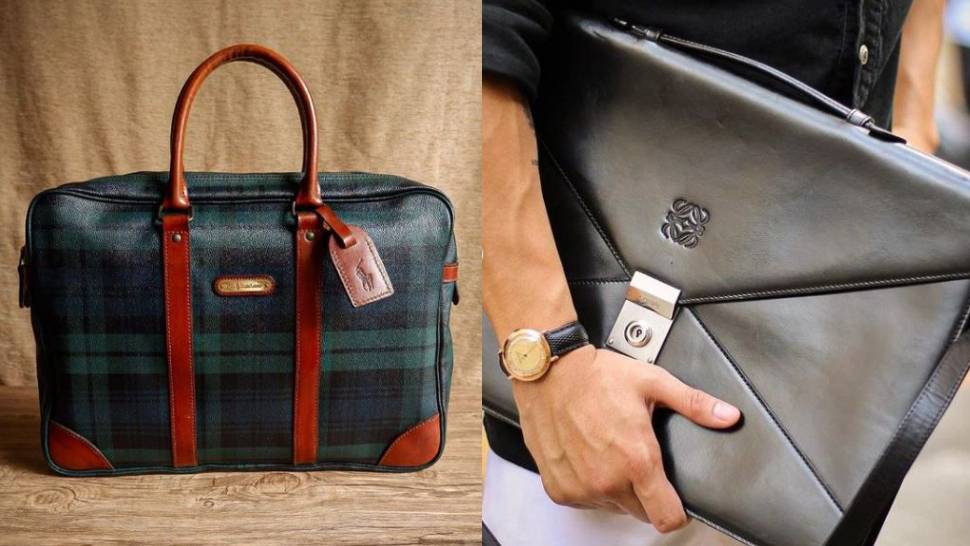 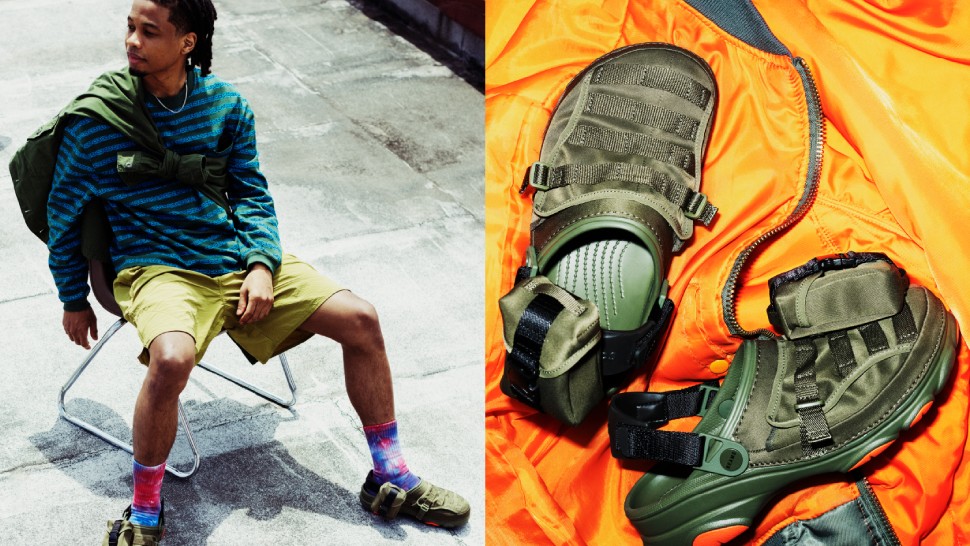