Gucci Is Doing The Most With These Amazing Classroom Doodles 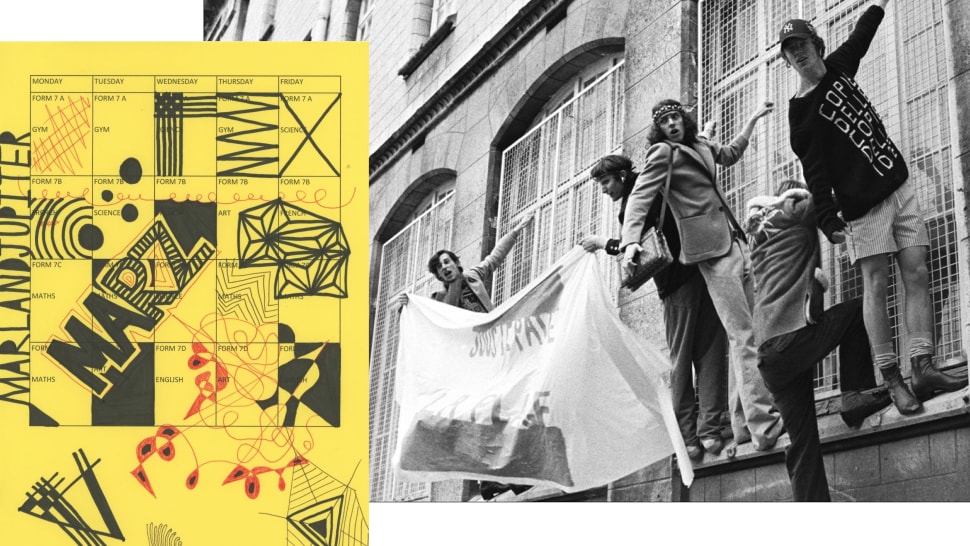 What does it take for a person to walk into a shop, pick up, say, a pair of longwing brogues, and then proceed to checkout? It's not enough anymore that the goods are made well, looks great, priced friendly, or meets whatever other quality a finicky shopper requires (are these vegan?).

In this moment, for goods—or anything actually—to rise above the mishmash of many, many things a person is bombarded with every day, they need to speak, and maybe do it loudly. No inside voices, please.

Objects needs a good hook to capture your attention and maybe, after a little oohing and aahing care of other things (see criteria above), that attraction is converted into a heavy paper bag filled with something new. That first part, the getting the foot in the door of your heart, is most important because you won't even consider those shoes unless you are made aware of its existence, right?

No other brand does this as well as the Italian luxury house Gucci, which, since being reshaped by creative director Alessandro Michelle into what can only be described as the number one source for that grandpa-geek-meets-retro-maximalist aesthetic in 2015, has become the Hottest Brand in The World today (it really is!).

For pre-fall 2018, Gucci does its teasing via a series of hand-drawn images that mimic the doodles and graffiti of youth. They paint moments set in class with notes representing a defaced schedule or a book page peppered with scribbles. Gucci describes the drawings as students exchanging "secret notes in a classroom during a poetry lesson, each bearing a love slogan." But maybe it was during a boring lecture, too? 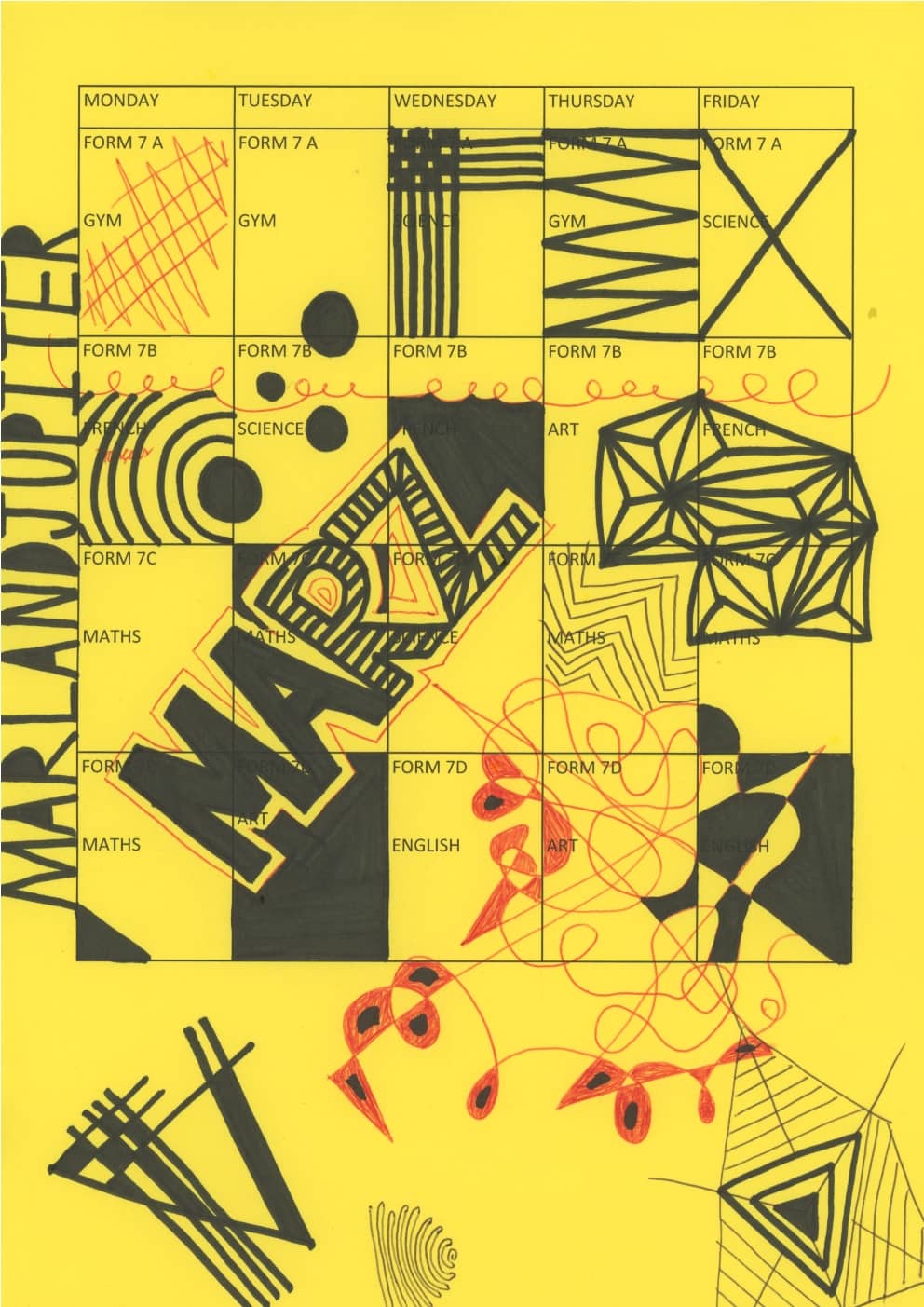 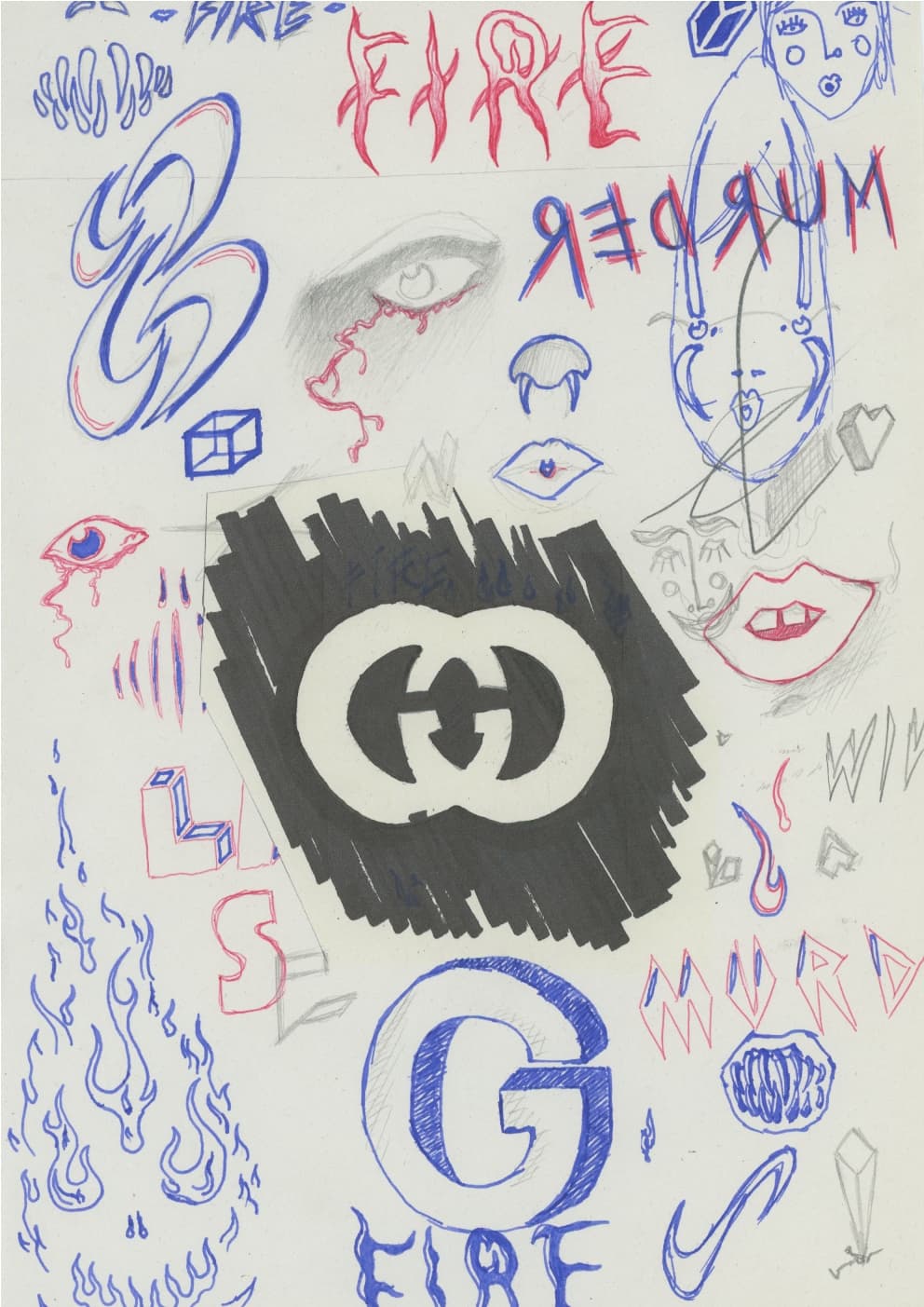 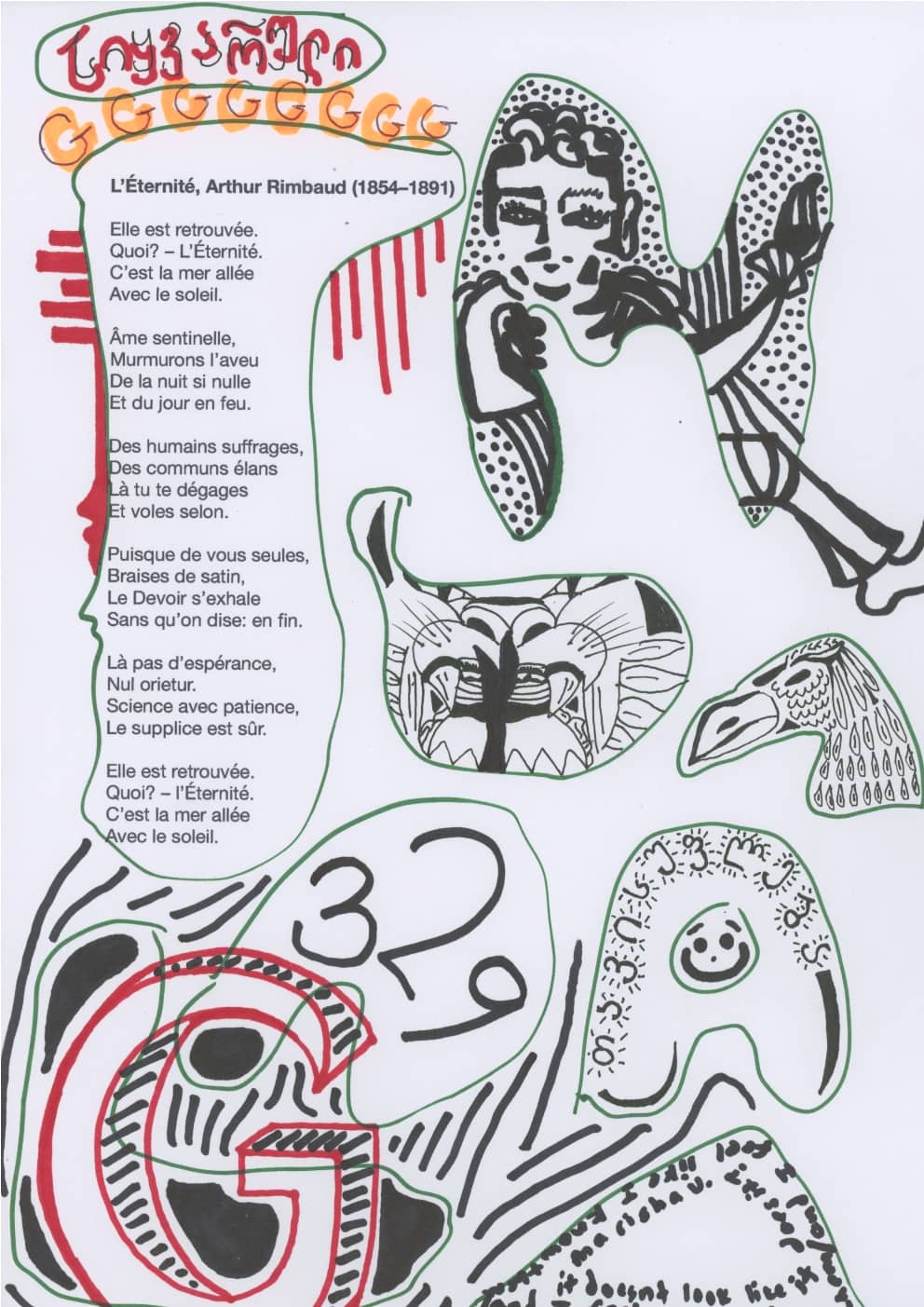 There is a back story, of course: The Gucci gang has been transported to the Paris protests of 1968, when students marched on the Sorbonne University. Fueled by rock ‘n’ roll, the philosophy of Jean-Paul Sartre, and a new politics of participatory democracy, it was a time of change around the world. And the (official) result is a Glen Luchford-shot, French Nouvelle Vague-inspired campaign where our young heroes “occupy a university campus... to celebrate change and challenge the establishment.” 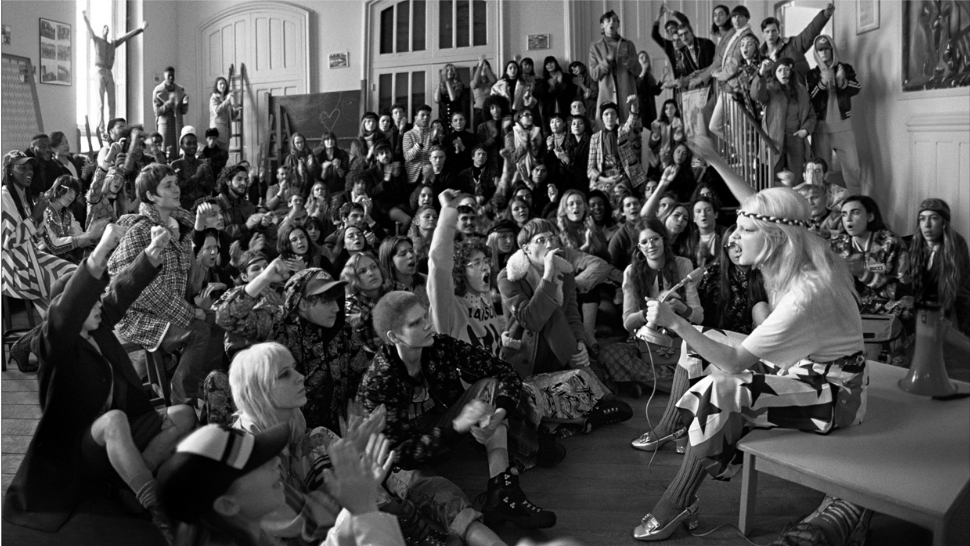 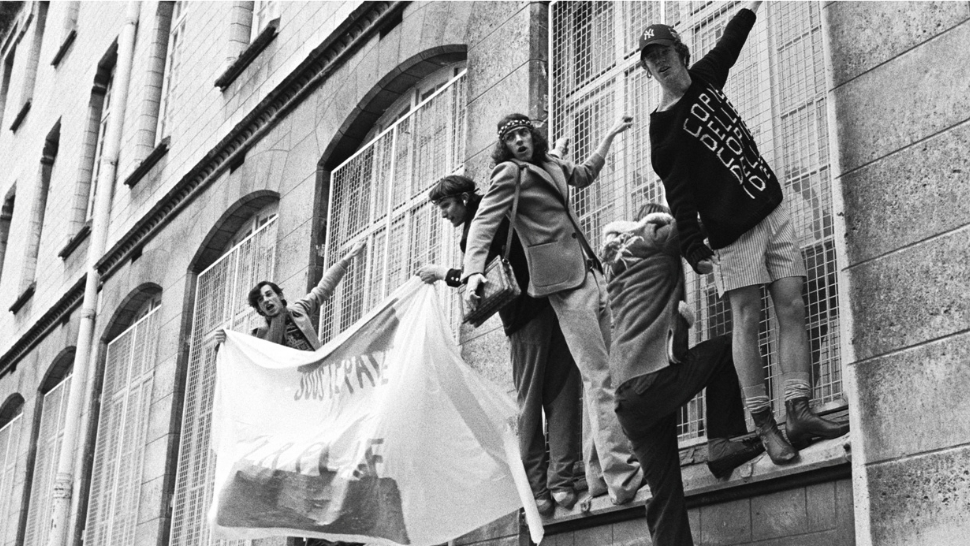 But let's put aside these moody images for now and return to those doodles, which may be a little more interesting in the way they portray the rebelliousness of youth as romantic (and not angry). Dreamers have drawn around the poem, “Eternity” by bohemian Arthur Rimbaud. “Sentinel soul/ Let us whisper the confession/ Of the night full of nothingness/ And the day on fire,” it says.

Now, how will this riot of inspiration translate into the Gucci pieces that you want? We'll leave it up to you to view the clothes at the store, but for now, the doodles made you look. 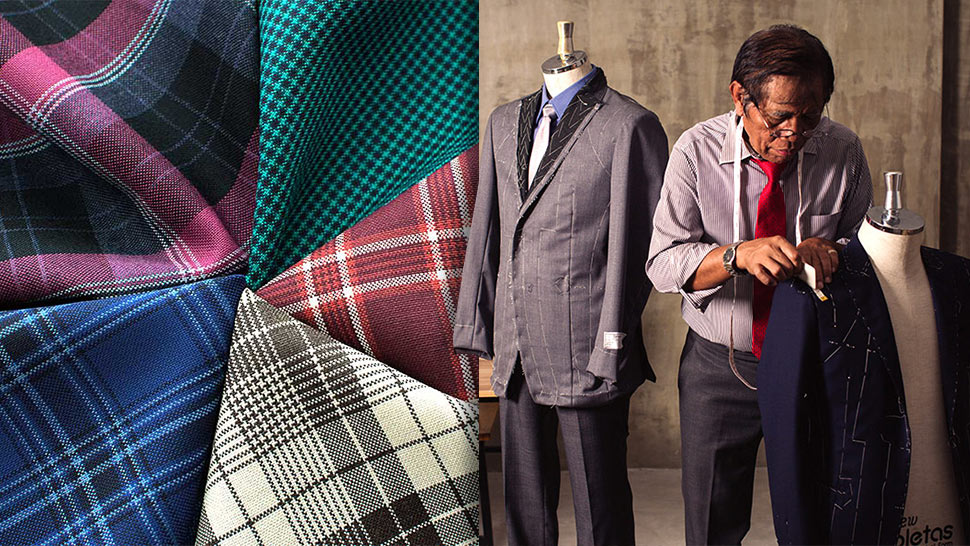 This Is The Secret To Wearing A Great Suit In Manila 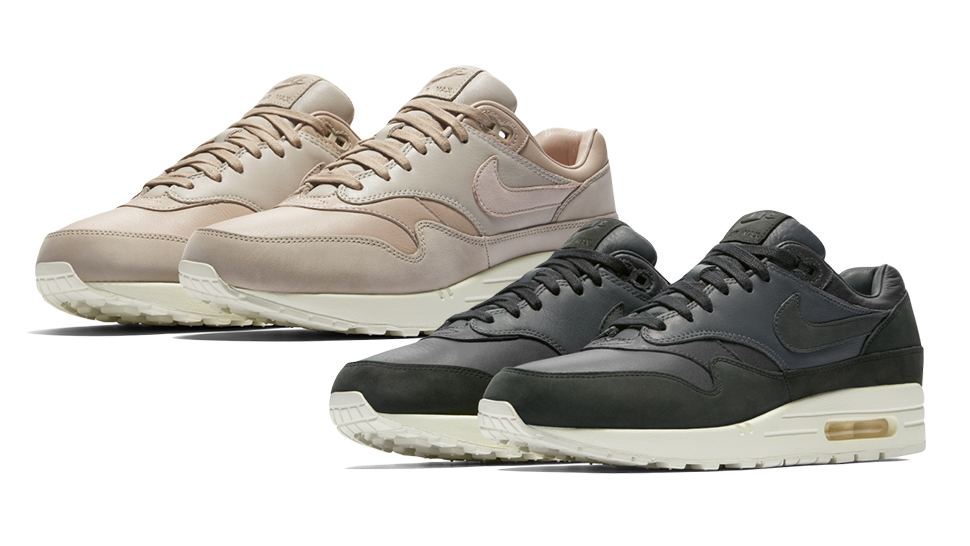