A true watch fan will be able to tell the timepiece you’re wearing (and measure your net worth) with little more than a passing glance at your wrist. Here is a rundown of the telltale giveaways that distinguish an essential watch from the pack. 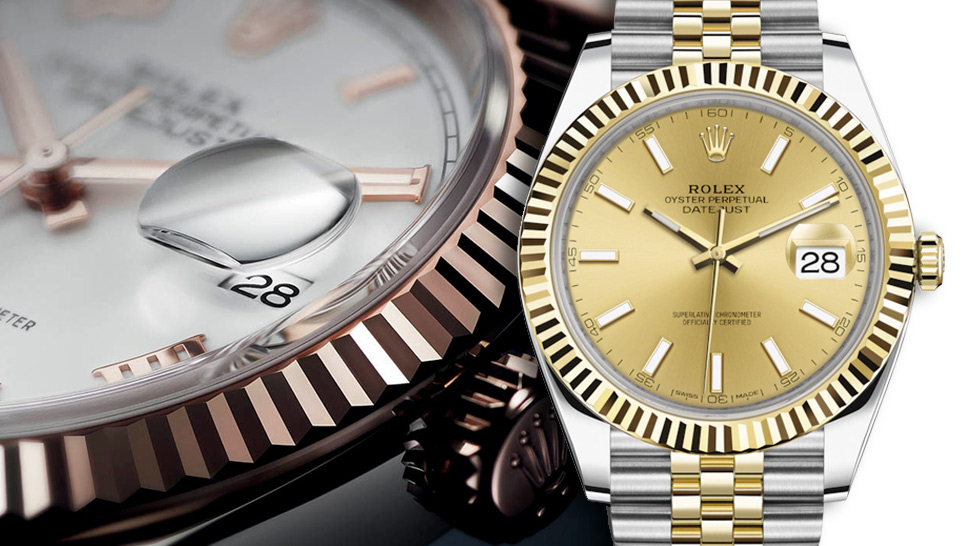 After a few drinks at a 50th Anniversary Homecoming Reunion (you know how we love those), a man who was easily 20 years younger suddenly trailed off midsentence as he fixed a stare at my left wrist. I thought he was just trying to check the time (by now, the evening was running rather long), but really, he was focusing on anything but.

“Nice watch,” he said, nodding at the Cartier Santos, and instantly both our watch creds were secured. It caught his attention from across the table, which is exactly what you want to happen when you wear that kind of watch.

That’s the thing about watch fans: Checking your wrist is a none-too-subtle form of sussing you out. If you want to get in on the action, here are the precise things you should be looking out for.

1| The Cyclops Lens of the Rolex Datejust 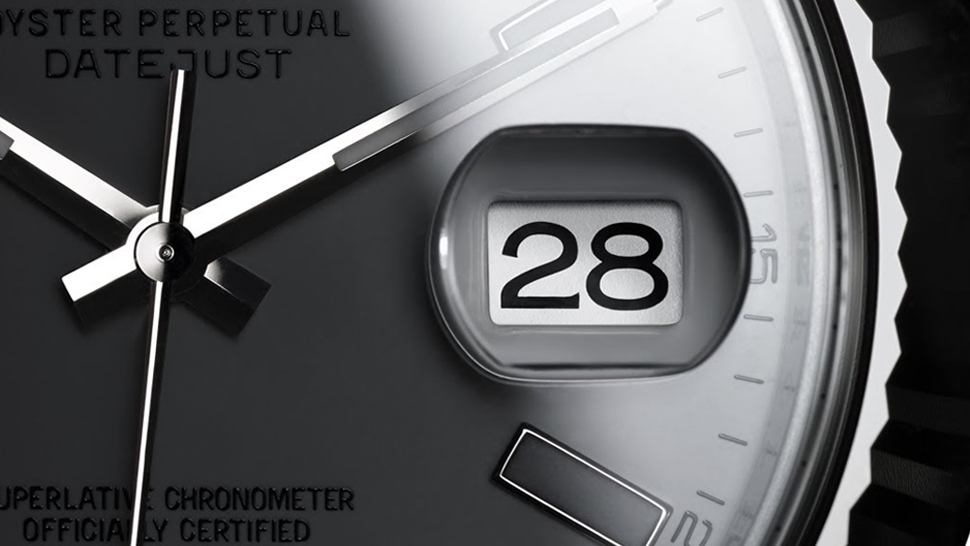 The bubble on the Datejust magnifies the date display for easy reading. IMAGE: Rolex

The Datejust is famed for having the date clearly indicated on the dial, a function of practicality. Another practical feature? The distinctive bubble atop to magnify the display—something that (we’re told) one would appreciate upon getting older. 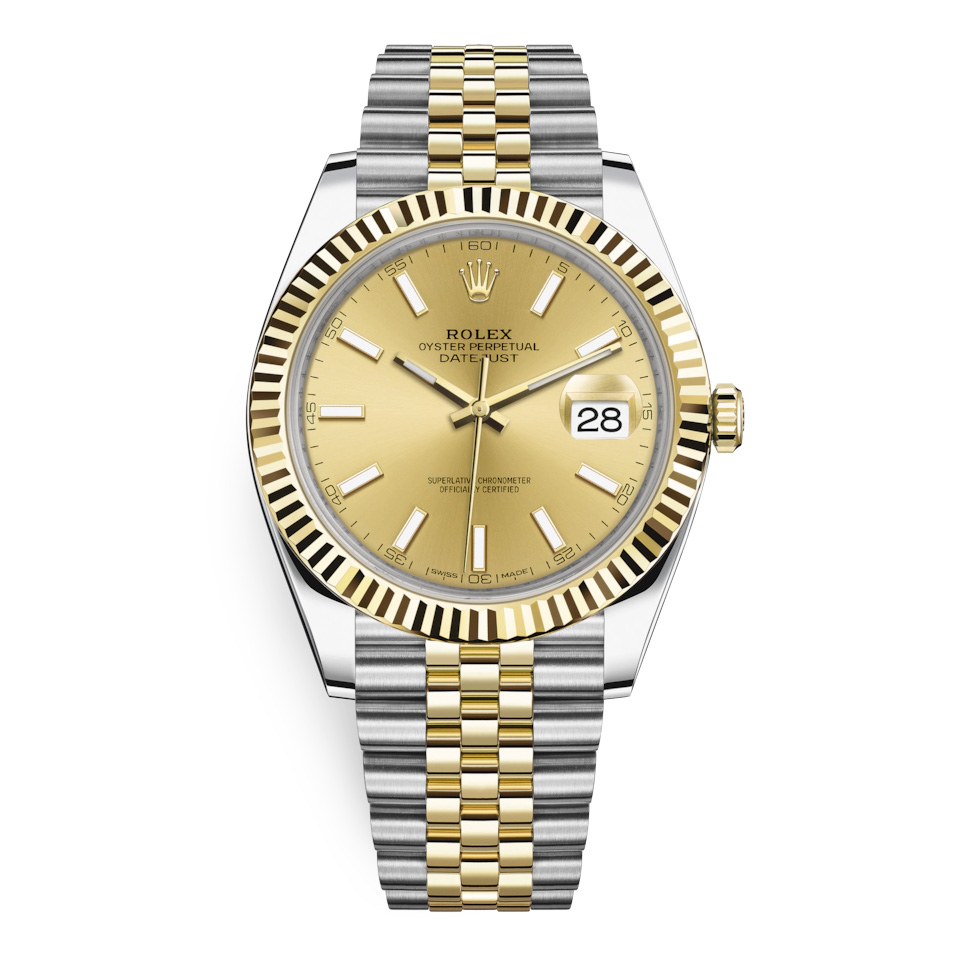 Though not a feature on the first Datejust that came out in 1945, the Cyclops Lens was introduced after earning a patent in the 1950s. Now, every Rolex with a date display has one—except for the Deepsea, which already features an ultra-thick crystal of its own.

2| The Reverso Case of the Jaeger-LeCoultre 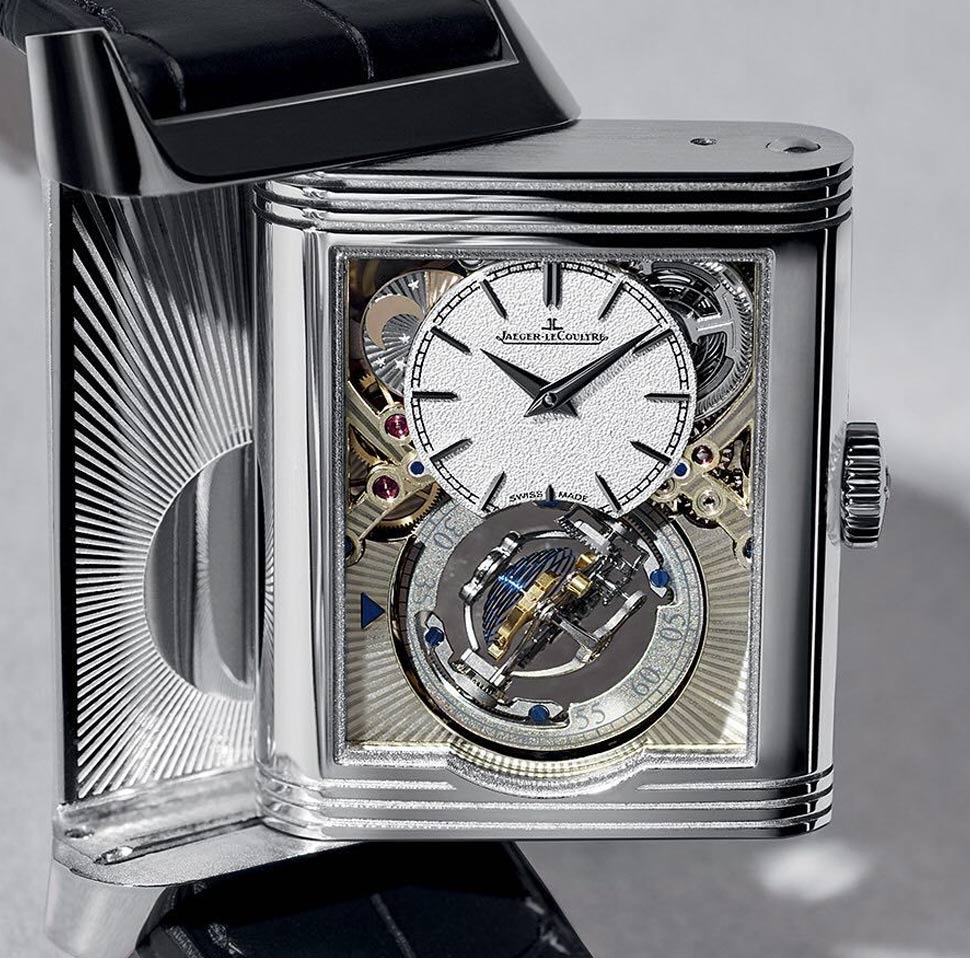 CONTINUE READING BELOW
Recommended Videos
The reversible case was specifically created to protect the watch from an errant polo ball. IMAGE: Jaeger-LeCoultre

A Reverso is the ultimate symbol of the leisure class because it was created specifically for the sport of kings: polo. The story goes that a British Army officer shattered the crystal of his watch in the middle of a match in India, hence the need for a timepiece that could be reversed so that only the steel caseback was on display. 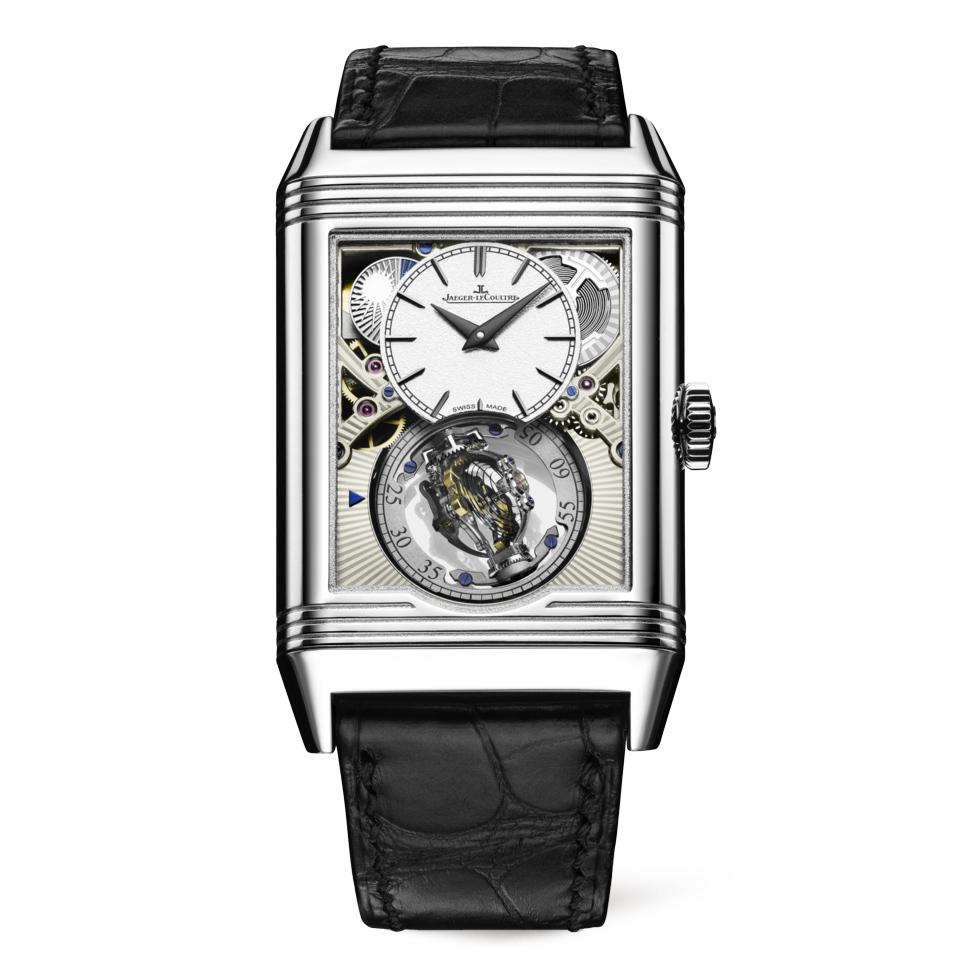 Later iterations have been cleverly designed so that a different dial is revealed when flipped over, so you get two watches in one.

3| The Elegant Simplicity of the Patek Philippe Calatrava 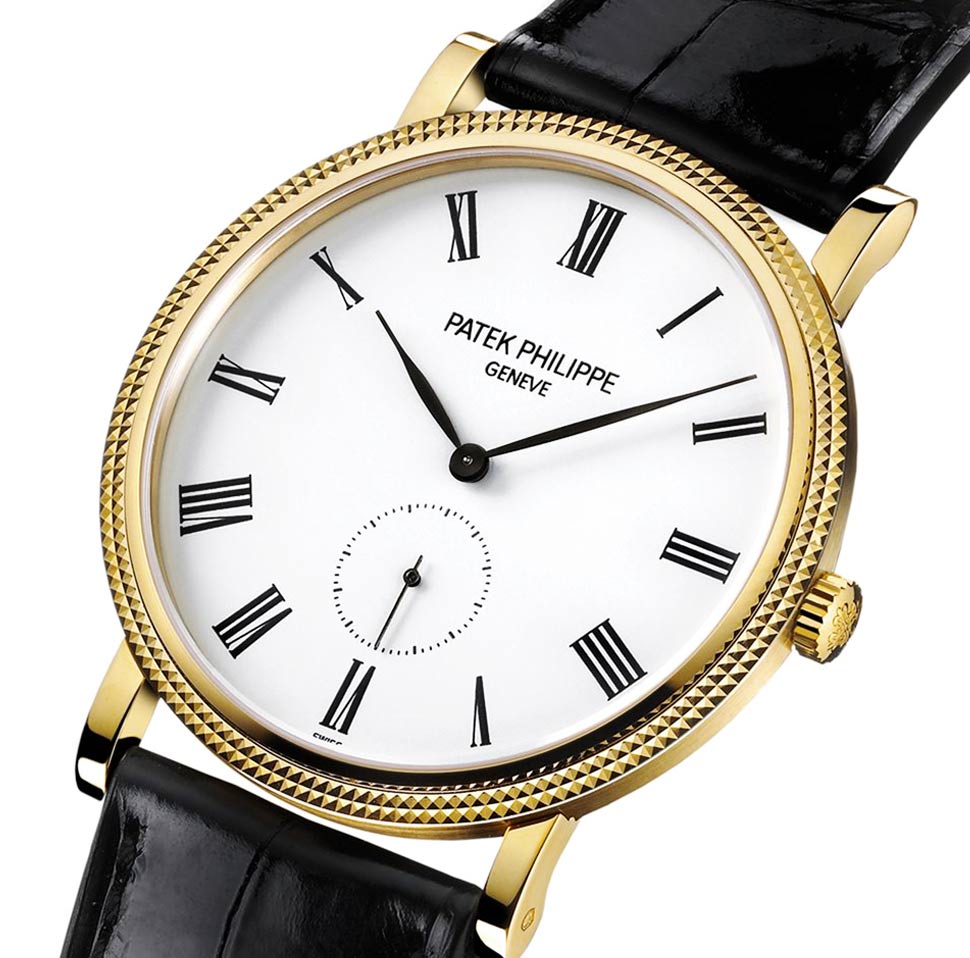 ADVERTISEMENT - CONTINUE READING BELOW
The pure design of the Calatrava has changed little since 1932. IMAGE: Patek Philippe

Horology enthusiasts go crazy for the dizzying complications that have been innovated by Patek Philippe. However, the one that truly embodies the brand’s appeal is a model of restraint: the classic dress watch, the Calatrava. 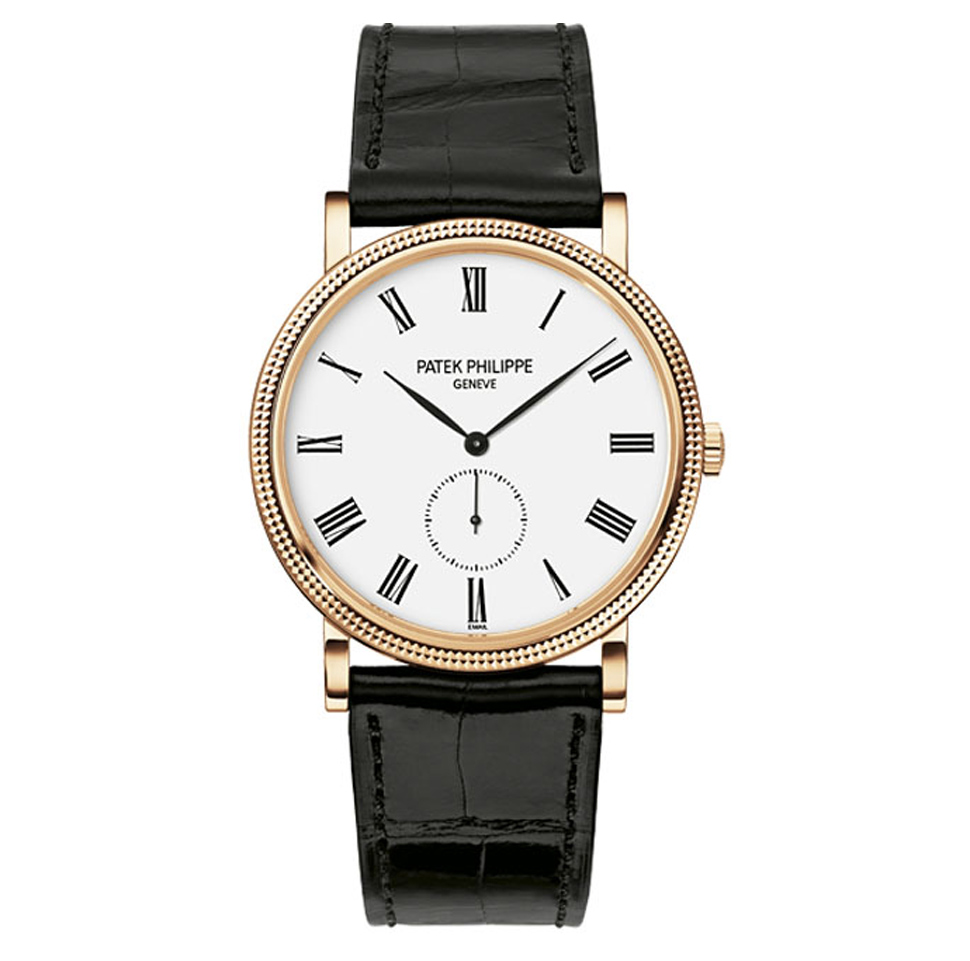 Round and pure with a design that has changed little since its introduction in 1932, it is notable as well because the cross of the Spanish order of knighthood (for which it is named) serves as the watchmaker’s emblem, iconic in its own right.

4| The Stainless Steel of the Audemars Piguet Royal Oak 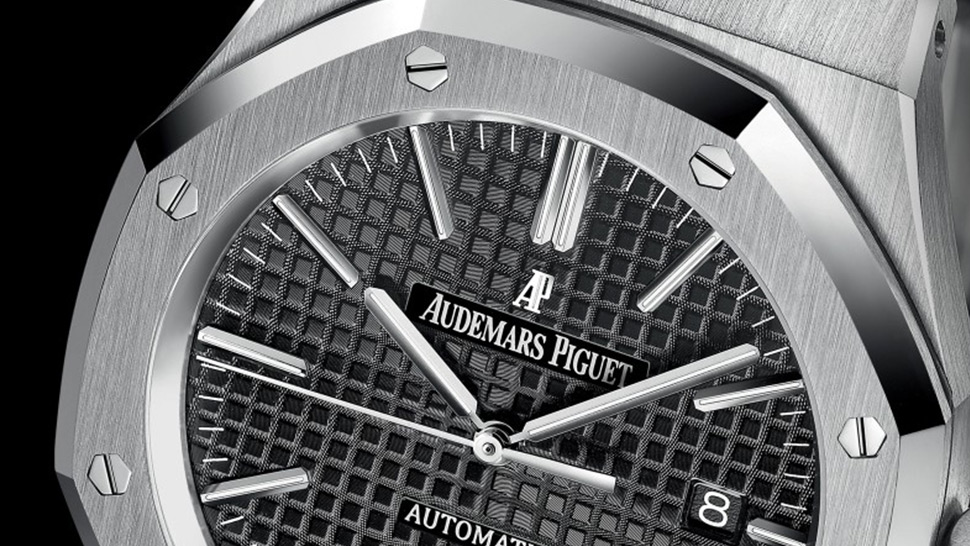 “To break the rules, you must first master them.” That is the motto of the oldest watchmaking manufacture still owned by its founding family, and nothing embodies this brazen philosophy more than the Royal Oak. A gamble in itself because the model was completely counterintuitive, the style was introduced when the brand was on the brink of bankruptcy in 1972. 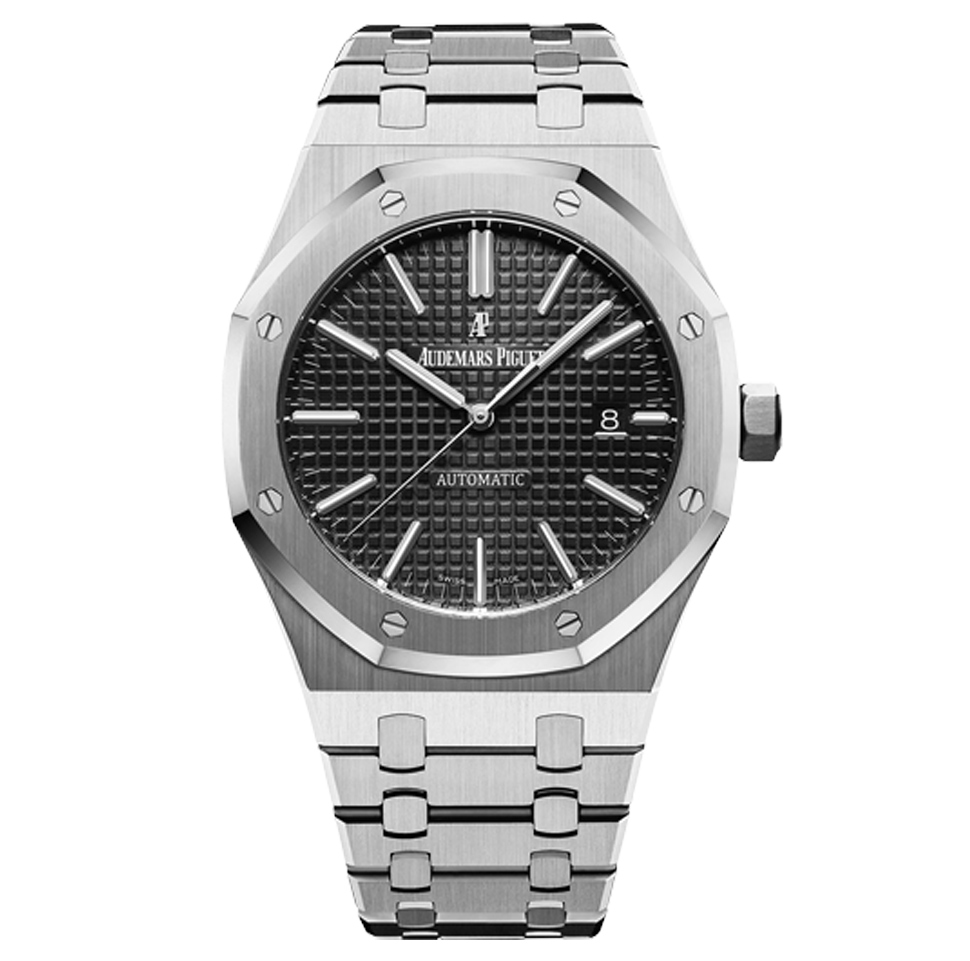 Designed by Gérald Genta, who set out to create a luxury watch made out of stainless steel, it caused a sensation and went on to become a legend of the watch world. It’s currently available in materials ranging from black ceramic to frosted gold, but stainless steel put it on the map, and remains a classic today.

5| The Automotive Origins of the Tag Heuer Monaco 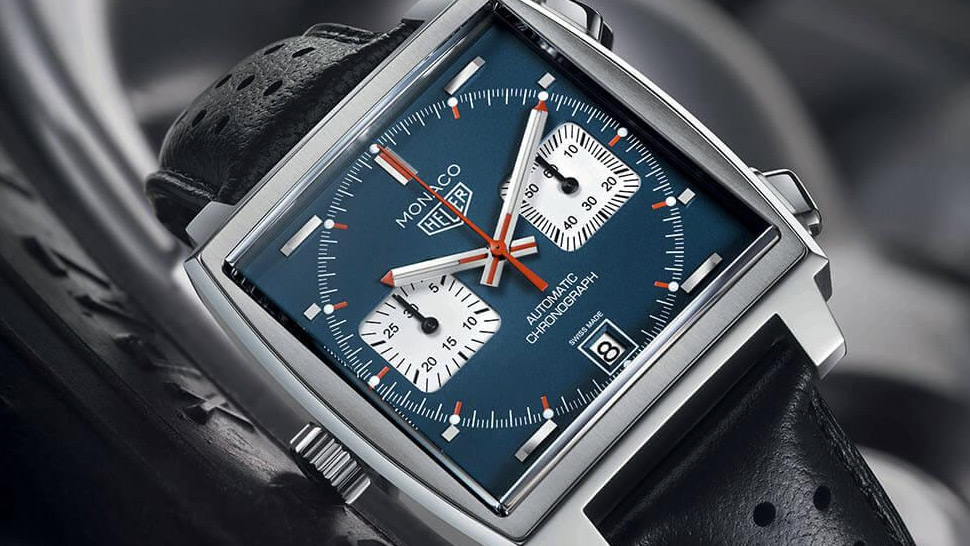 ADVERTISEMENT - CONTINUE READING BELOW
The square-shaped Monaco is made more covetable because it was worn by Steve McQueen. IMAGE: Tag Heuer

Named for the Monaco Grand Prix, it adorned the wrist of actor Steve McQueen and cemented the brand’s reputation as a luminary of the automobile racing world. 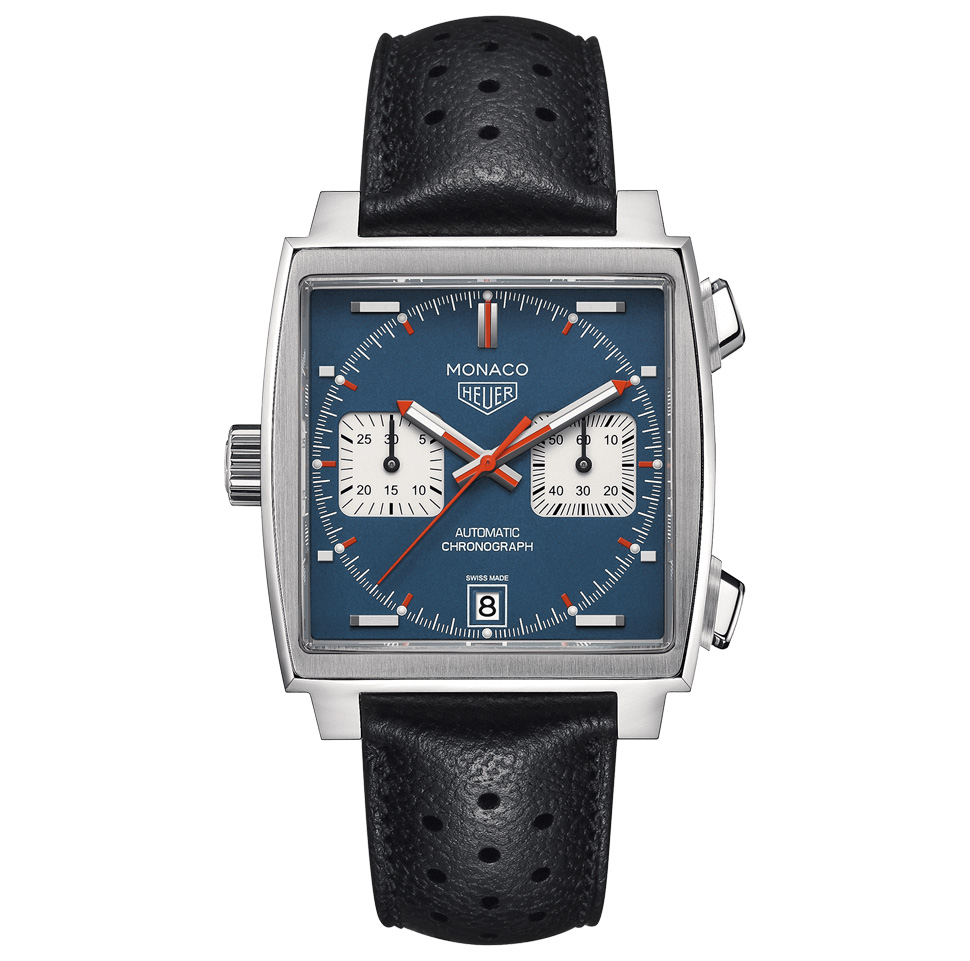 Unveiled in 1969 and made all the more desirable because production was halted for a few years, an early vintage model will guarantee, among collectors, respect, envy, and awe. The newer releases, in colors reminiscent of racing, pay tribute to the watch’s roots.

6| The Crown Protector of the Panerai Luminor 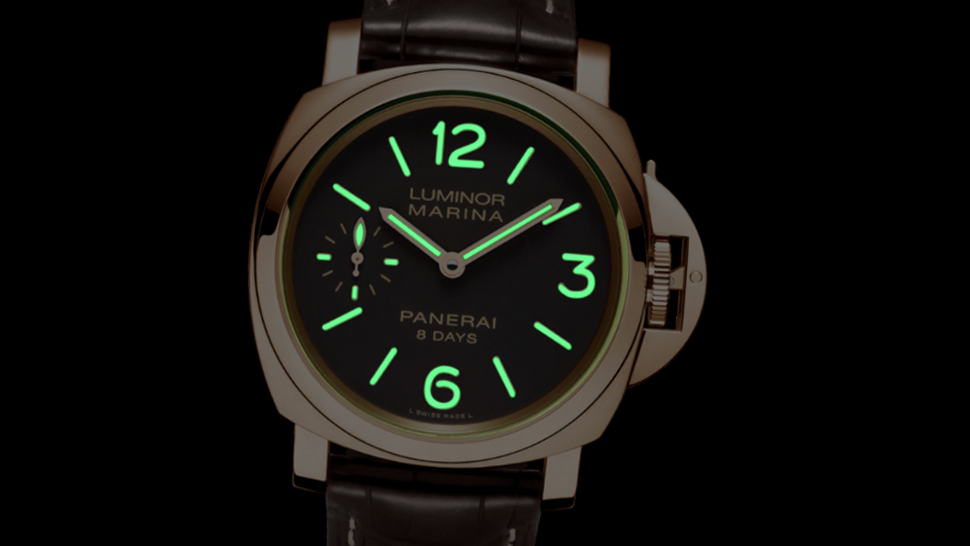 Officine Panerai rose to prominence for its relationship with the Royal Italian Navy. Supplying the military throughout World War II, it made watches with precision (all the better for launching underwater torpedoes) and maximum visibility in mind. 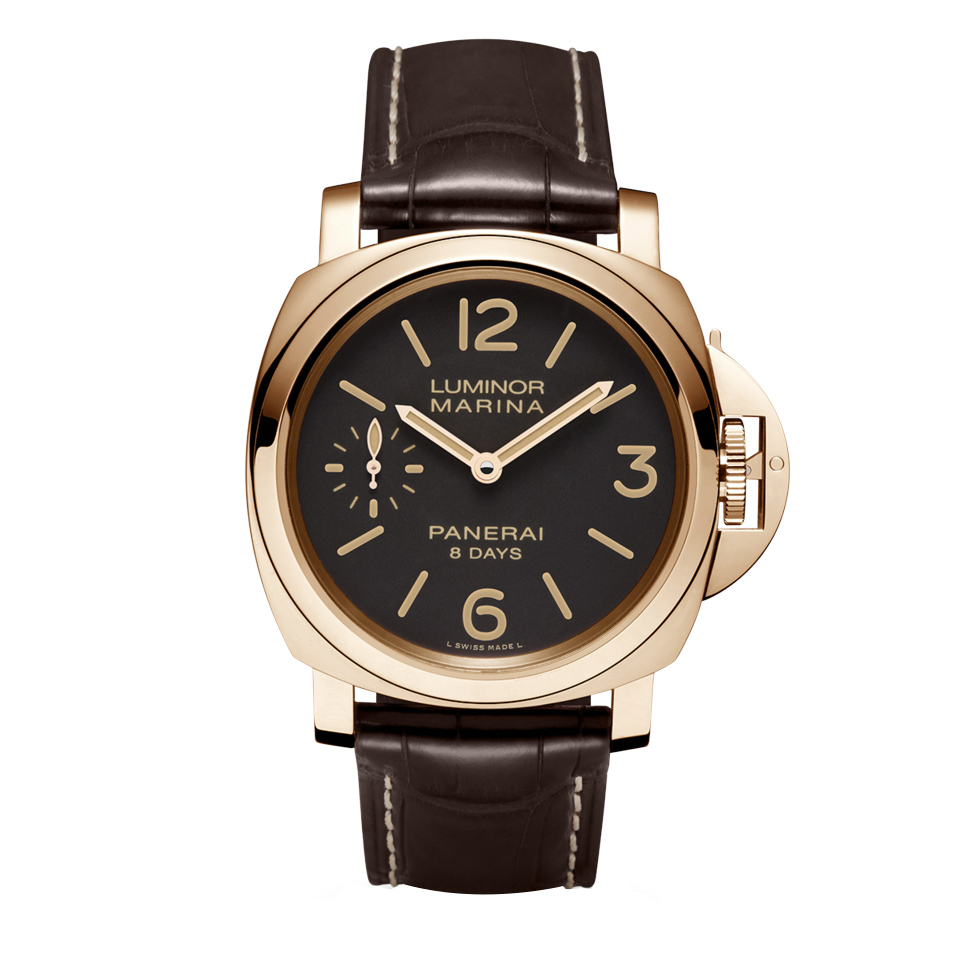 You need only catch a glimpse of the Luminor from the side, where the crown is located, to be able to tell it from afar—the crown protector, which sticks out with a slight bulk on the profile, is a distinct trademark and social signifier to true insiders. And that’s why you’ll want to show it off.

7| The Moonwatch Legend of the Omega Speedmaster 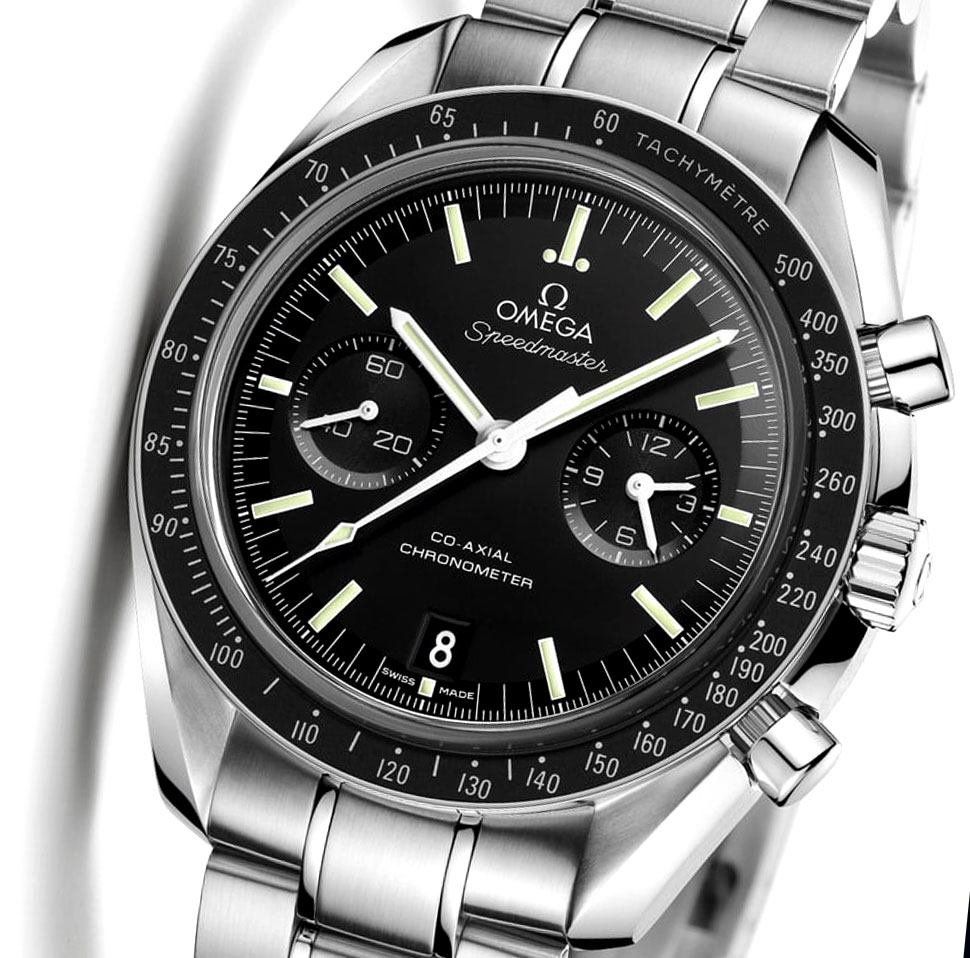 ADVERTISEMENT - CONTINUE READING BELOW
The Speedmaster helped save the astronauts of Apollo 13. IMAGE: Omega

For years, Omega has memorably marketed the Speedmaster as the first watch ever to be worn on the moon. Neil Armstrong left his in the lunar module as a backup timer, but Buzz Aldrin did have it strapped around the outside of his spacesuit. 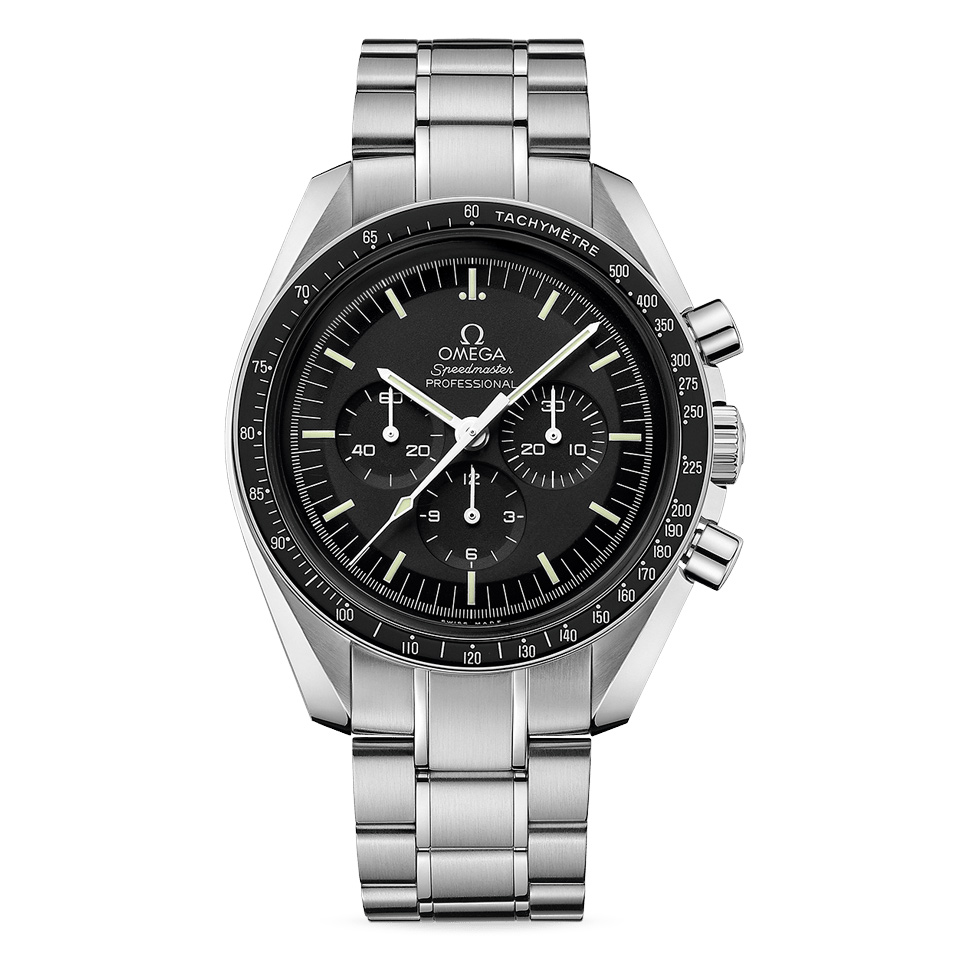 It’s also been credited with helping save the astronauts of the doomed Apollo 13. If it’s good enough for NASA, what other endorsement do you need?

8| The Inner Case of the IWC Pilot’s Watch 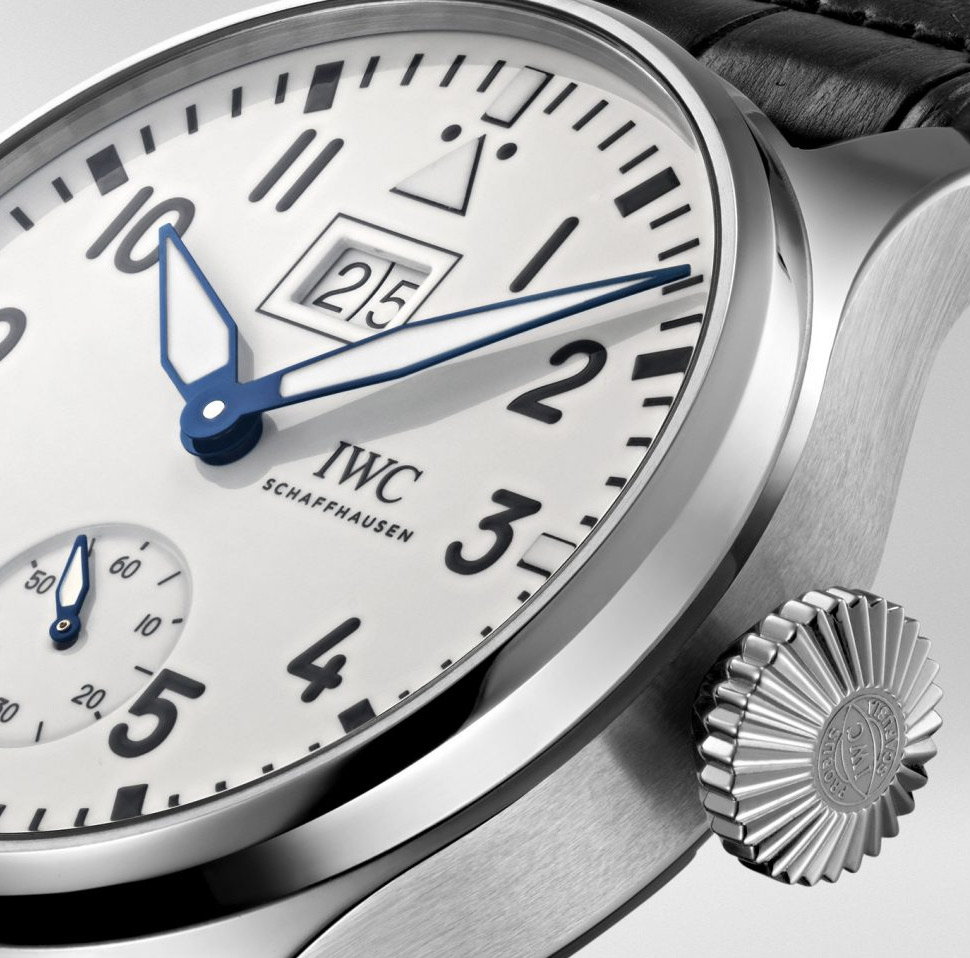 The thing that distinguishes this particular model is not immediately visible to the eye—but it’s a lifesaving necessity to those who employ it for its original use. The Pilot's Watch’s soft inner iron case protects the mechanical movement from magnetic fields, an essential for those who rely on it to keep time accurately in flight. 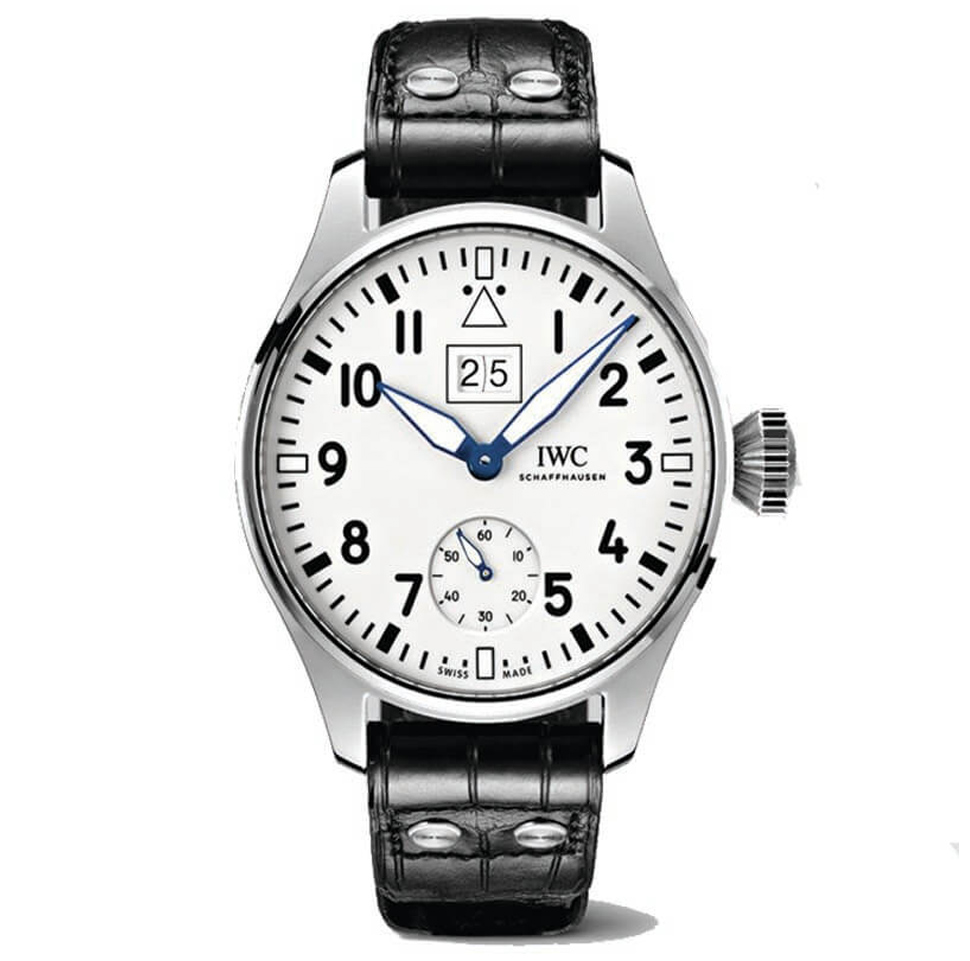 It is the watch of choice for the Royal Air Force and the US Top Gun. There’s also a special edition created in honor of The Little Prince, a story narrated by a pilot that is beloved the world over.

9| The Slide Rule Bezel of the Breitling Navitimer 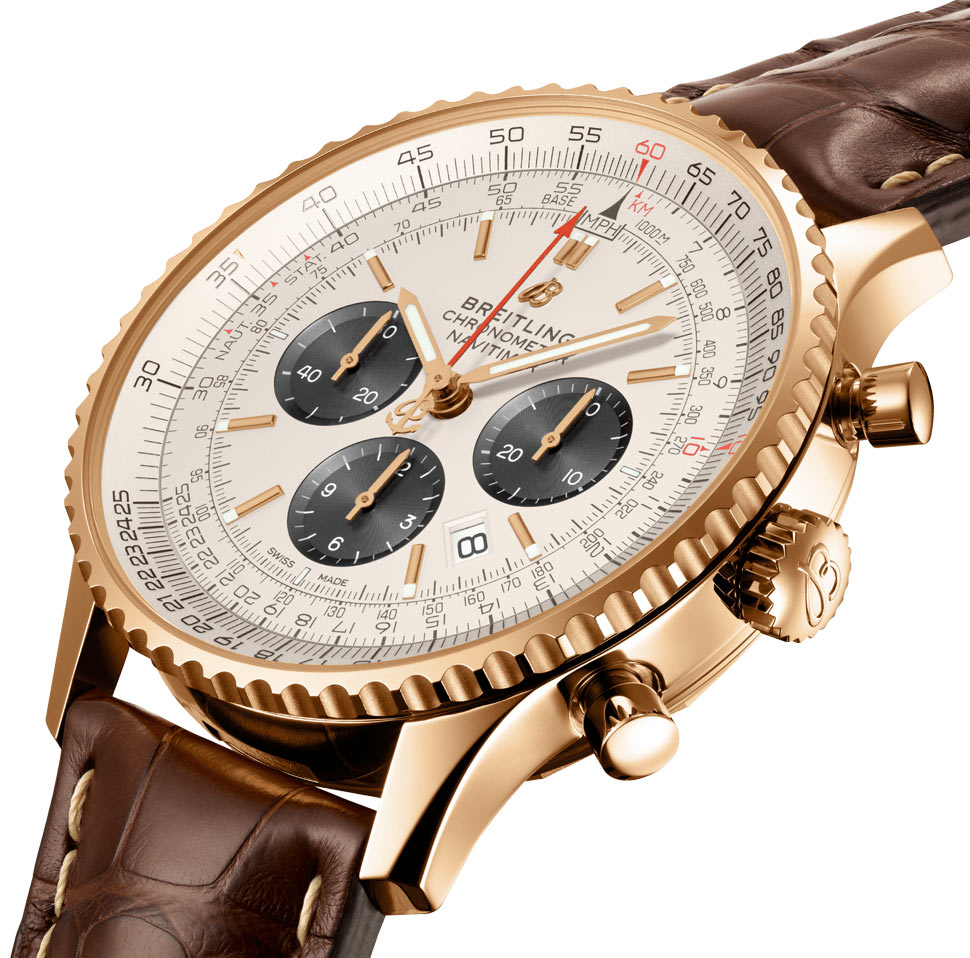 This is another watch where function contributes to aesthetic. Aviators prize the circular slide rule that allows complicated calculations, including speed, navigation, and fuel consumption. 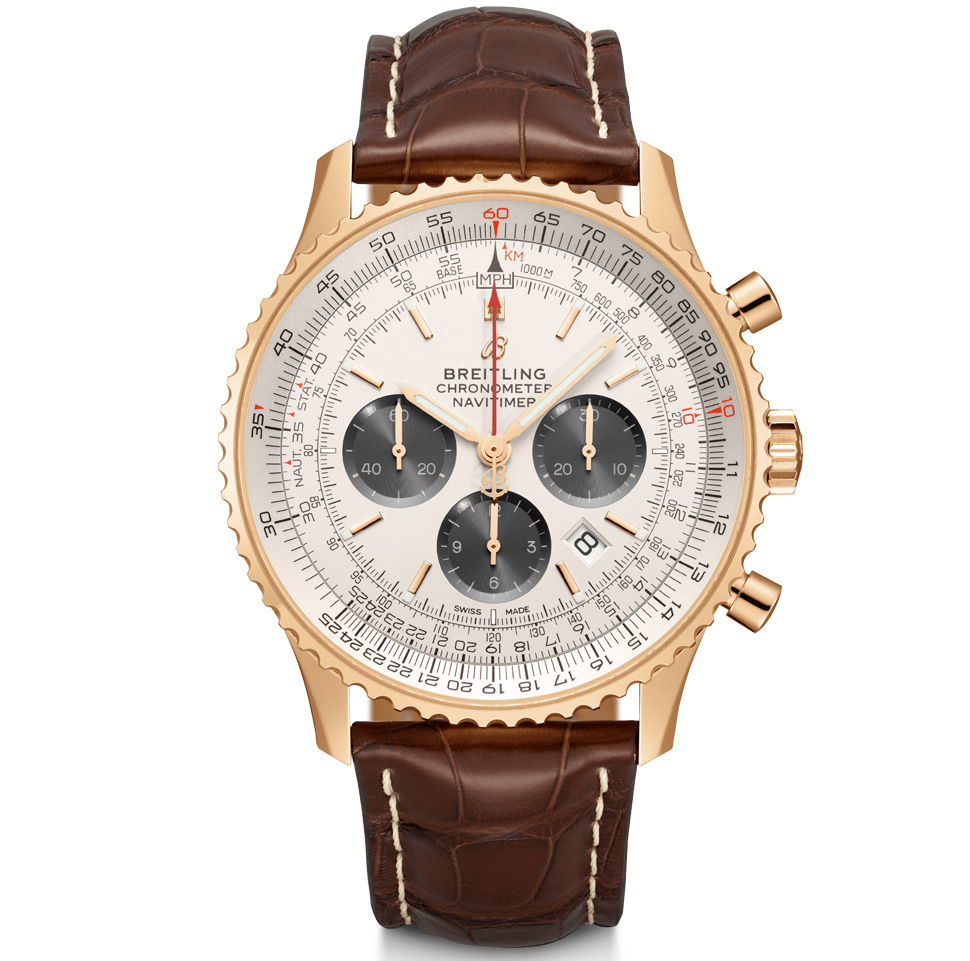 But all that aside, it’s also just really, really good-looking. Astronaut Scott Carpenter wore his when orbiting the earth aboard the Aurora capsule in the ’60s; it looked just as great then as it does now.

10| The Enduring Appeal of the Cartier Santos 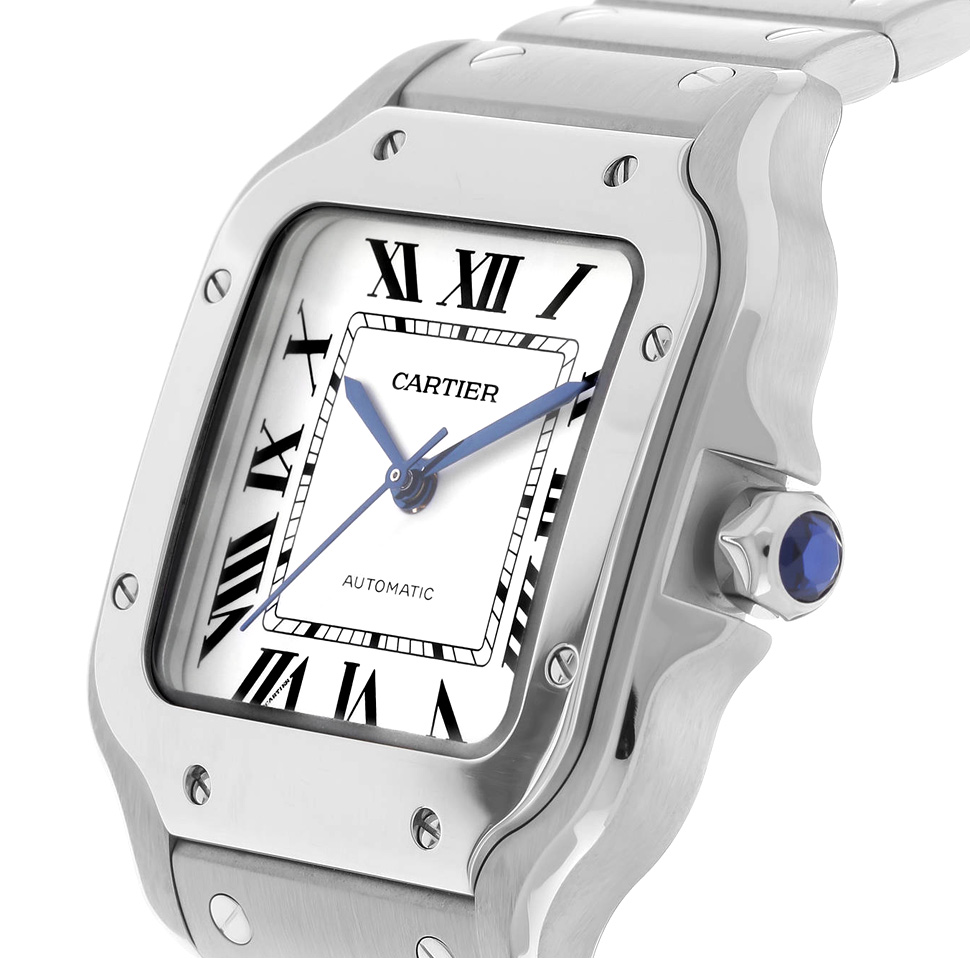 Let’s end with a watch that’s been proven to warrant double takes. Not for nothing is Cartier just as famed for its jewelry as it is for its watches, as the French brand knows how to create objects of desire. 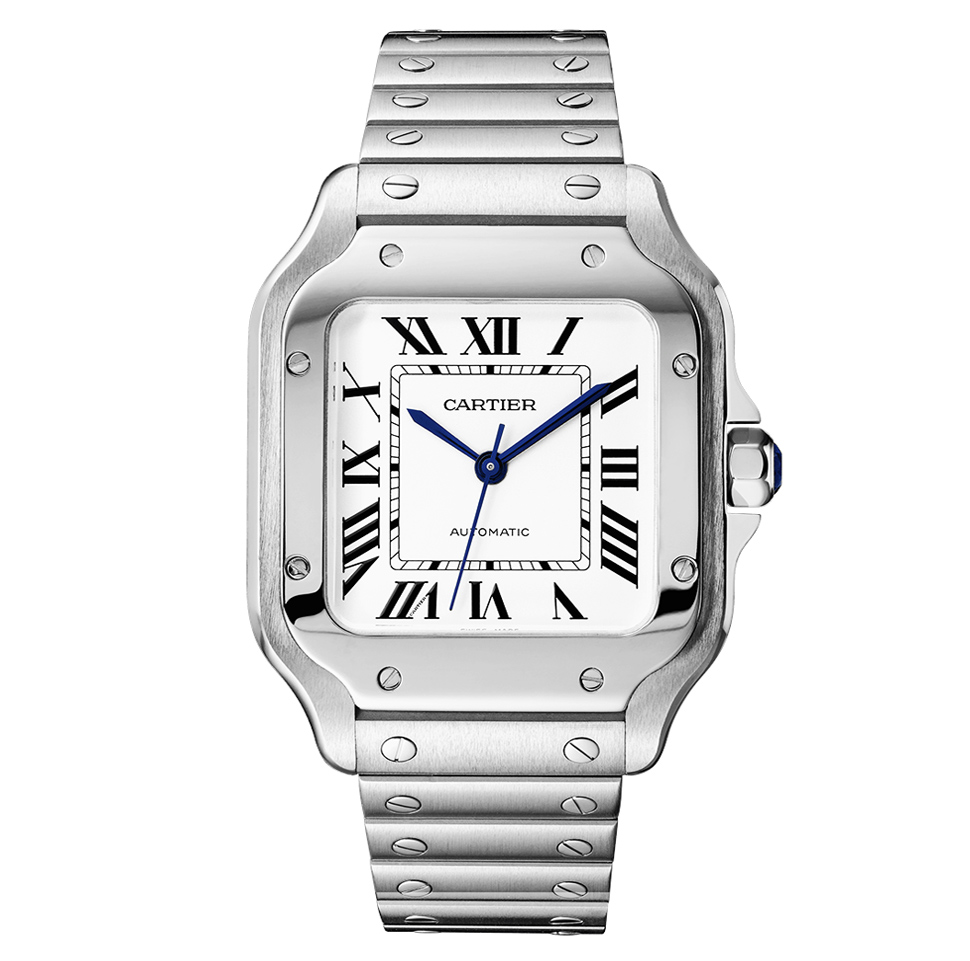 Alberto Santos-Dumont was the first man to achieve flight in a fixed wing aircraft; his friendship with Louis Cartier produced a timepiece that was the result of his observation of how difficult it was to pull out a pocket watch mid-air. The Santos de Cartier was created in 1904, and it continues to impress watch lovers the moment it is spotted on your wrist. Try wearing one and you’ll know exactly what we mean. 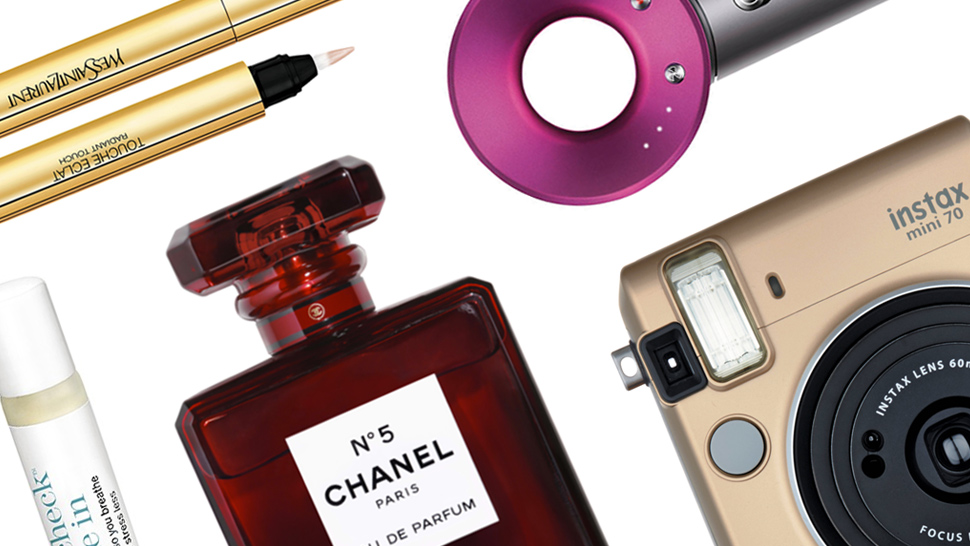 Christmas Gift Ideas For Your Girlfriend, Based On How Long You’ve Been Dating 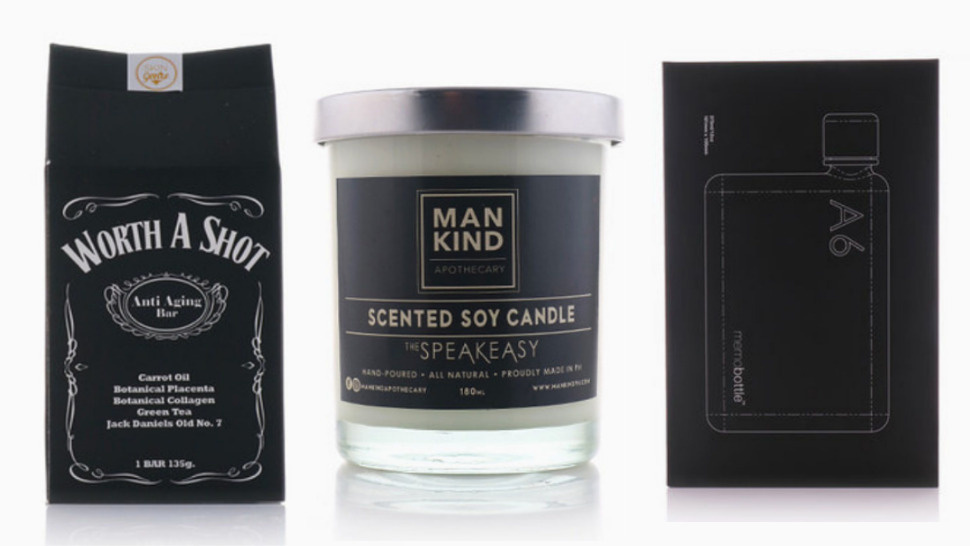