Is This Big Prep's Last Stand? J.Crew Taps Brendon Babenzien to Take on the Likes of Aimé Leon Dore

J.Crew is banking on Noah's Brendon Babenzien to put it back at the top of the food chain. But has the menswear world already moved on? 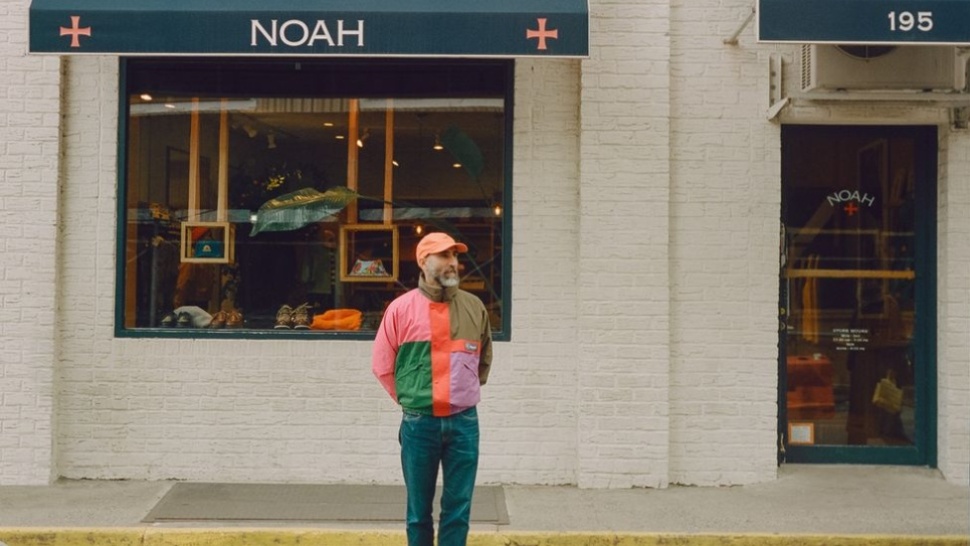 There was a time when people would travel from the UK to the US with the express intention of buying clothes from J.Crew. In the mid-2000s, the brand was at the peak of cool, offering a line of easy, preppy Americana that we could only see on MTV, and thanks to a favorable exchange rate, it was almost worth a trip across the Atlantic. It was affordable and cool—two terms that are rarely found in the same sentence.

In late 2013, J.Crew opened its first store outside the US with a 16,000-square-feet space on London's Regent Street, and the UK rejoiced. But that was about as good as it got, and gradually things went wrong. By 2017, mastermind CEO Mickey Drexler and creative force Jenna Lyons had left the company and profits were plummeting. Industry experts pointed to a rise in e-commerce and a decline in mall footfall (among other factors), but there is a suggestion that J.Crew was a victim of its own success—at once alienating those that came for wardrobe staples and losing touch with customers more concerned with the zeitgeist.

From a menswear point of view, J.Crew was something of a godsend, especially for guys in the UK. It sat somewhere between the clothes you wore to work and the clothes you wore at the weekend and allowed style curious men to explore without having to do anything too scary. Style's soft play area, if you will. But the pandemic proved to be the final straw for a brand already in deep financial woe and in 2020 J.Crew filed for bankruptcy. It was, allegedly, just a pause, and the brand made clear its intention to return as soon as the time was right. Well, with the launch of Brendon Babenzien's first collection for the brand it would seem J.Crew is back.

A former creative director of Supreme and the figurehead co-founder of iconic skate/prep/streetwear brand Noah, Babenzien has been drafted in to make J.Crew cool again. His first full collection for the brand, which went on sale earlier this week, comprises all the things that any style guy worth his Belgian loafers would have in the wardrobe, as well as a few weirder bits, and couple of J.Crew stalwarts. Rugby shirts, oxford button-downs, slim chinos, the Ludlow single-breasted suit—so far, so J.Crew—but then there's an argyle waistcoat, bleach-spattered blue jeans, and a sort of monk-strap-boat-shoe hybrid. (That's the Noah-ish bit.)

In truth, it doesn't feel very far away from the J.Crew of old, but the difference is in Babenzien himself and the cache he brings. Simply having him involved could open up a whole new audience. Babenzien started Noah after leaving Supreme in 2015 and the brand exploded in popularity, first appealing to skate kids, then working dudes that wanted to dress like the skate kids, and eventually everyone else. It was anti-establishment and outspoken about sustainability, but wearable and reassuringly expensive. In short, a brand that played in the same space as J.Crew—chinos, rugby shirts, varsity sweats, boat shoes—but did it with an irreverence and irony that made the big mass-market players—Brooks Brothers, Gant, Hugo Boss, look incredibly fusty. There was a truth to Noah that 'Big Prep' couldn't emulate. "To be quite honest, when we set out a lot of people said, 'well you can't be cool, stylish, somewhat affordable, responsible and ethical, and still edgy all at the same time,'" Babenzien told Esquire in 2019. "Well, of course, you can, because that's how we are. That's who I am, who my wife is, who my friends are. Don't tell us we can't be it; it exists."

The hiring of Babenzien looks to be J.Crew's attempt to reclaim its position of outfitter to nice fellas that want 'somewhat affordable 'clothes that make them look 'cool, stylish and edgy.' All the mainstream preppy-but-good outfitters (Brooks Brothers, Gant, J.Crew, Gap, etc.) have gradually been outshone by the likes of Aimé Leon Dore, Rowing Blazers, Adsum, Sporty & Rich, Only NY, Casablanca—young, small-to-medium brands that say dressing like Carlton Banks is cool, so long as you by the clothes from them. Only Ralph Lauren has managed to weather the new-prep storm (perhaps because Polo Ralph Lauren informed most of the brands discussed herein) and despite a wobble a few years ago, is back making profit selling the sartorial equivalent of the American Dream.

But there's fight in the old guard yet. Gant recently re-hired Christopher Bastin, the man that oversaw the excellent sub-collection Gant Rugger (RIP) throughout the mid-late 2000s, before leaving to do the business at Frame and NN07. Gant just launched a collaboration with St Vincent, perhaps in the hope that sensitive muso millennials will come for the American singer-songwriter and stay for the reasonably-priced Nineties sportswear (a 'Gant Racquet Club' hoodies costs less than half the price of a 'Casablanca Tennis Club' hoody.) And from the people that brought you Jack Wills, a brand that substituted the Ivy League college vibe for the English private school vibe to great success, there recently emerged Aubin. An offshoot of Aubin & Wills, which was itself once an off-shoot of Jack Wills. Aubin's S/S'22 look book is not dissimilar to the new J.Crew shots—young men at leisure by open water, wearing post-workwear style clothing in vintage-distressed fabrics.

It feels as though we've reached what may be the last stand of 'Big Prep.' One last push to convince an ever more educated and tribalized customer that you can still trust a big retail group to sell you irreverent, charming, nostalgic clothes that are both affordable and sufficiently cool. Arket and Uniqlo do good jobs of it for people (read: everyone) that want block color basics and minimalist fashion at low low prices, so why can't it work for garms with a bit more oomph? J.Crew is hoping Babenzien is the man to prove it can. "I don't dislike fashion," he told Esquire in 2019, "but I don't really care either. If it's good it's good, if it's not it's not and I'm not bothered either way." 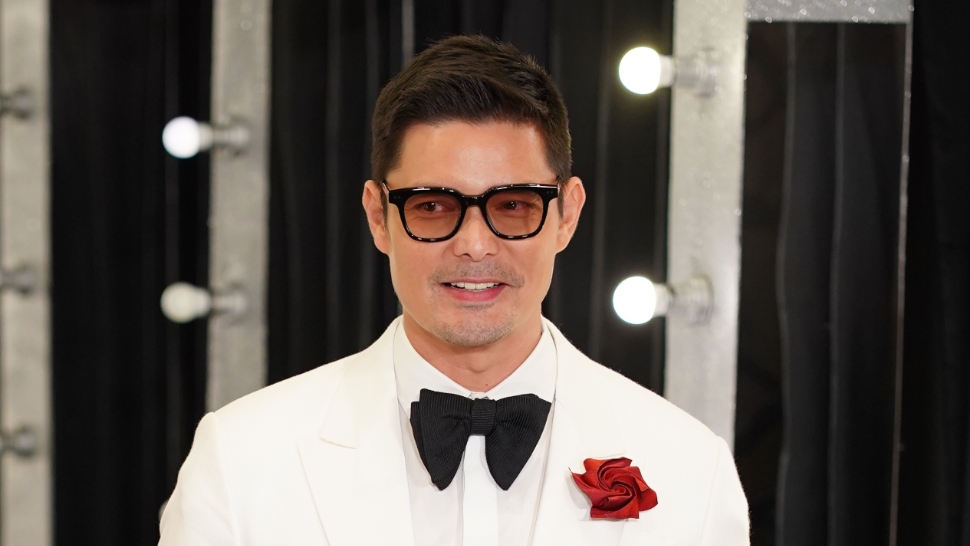 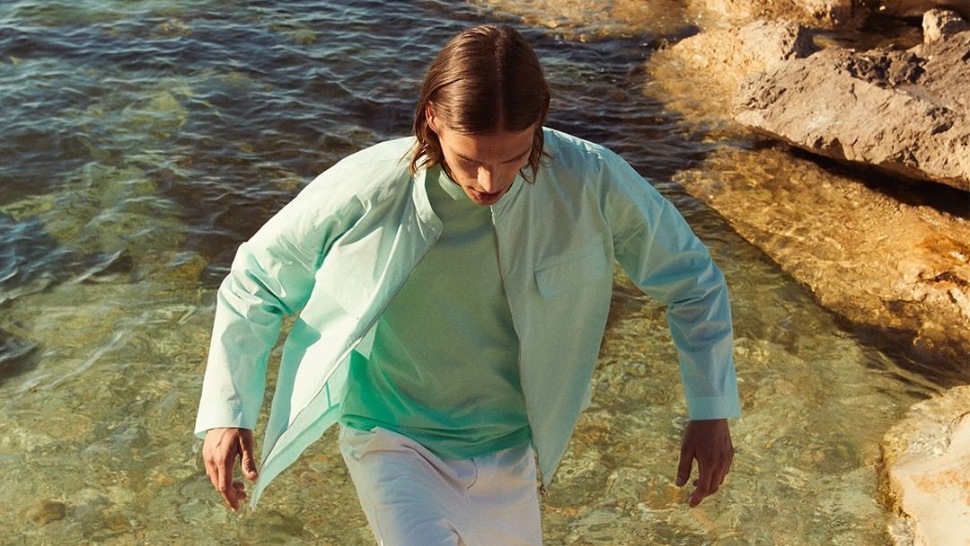