What It Takes To Make Shoes That Last a Lifetime

John Lobb's ready-to-wear collection will, with care, stay with you forever. 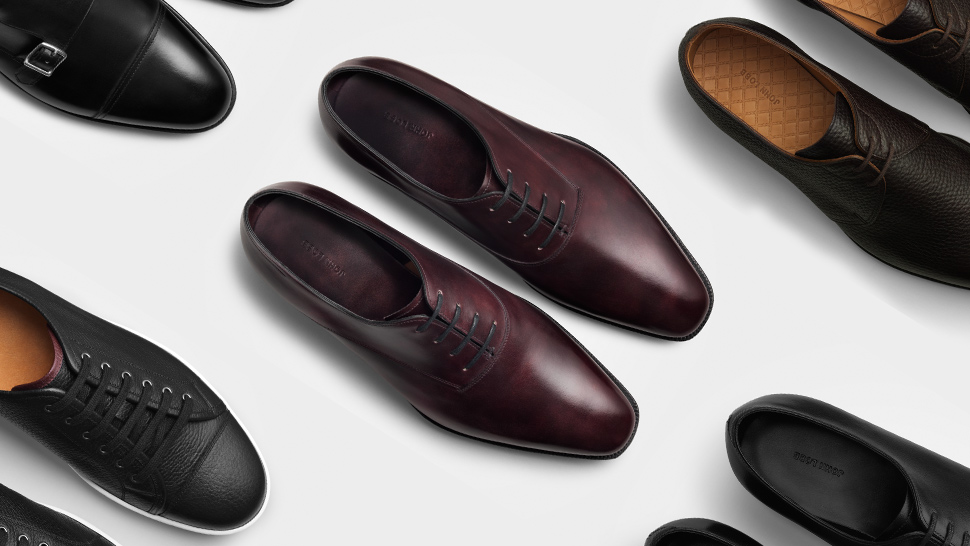 There is an element of kismet in the story of a young John Lobb walking from Cornwall to London in order to become a bootmaker. If you think about it, the farmer from a small hilltop village literally used his feet to reach his dream of becoming a person who makes the things you put on your feet to move around.

It was quite a long way, around 400 kilometers or five hours via car (according to Google Maps), to hoof it, but for a man from humble origins, in that time before automobiles, there was just no other way to do it.

That kind of do-it determination only leads to success, and before long—and even before he opened shop in London's Regent Street in 1866—he was appointed official bootmaker to the Prince of Wales in 1863. Today, John Lobb remains shoemaker to the Duke of Edinbergh and the current Prince of Wales with two Royal Warrants to its name. Which just speaks to the quality of these shoes. If these slow-crafted, handmade footwear has passed the exacting standards of the British royals for over a century, then they're certainly good enough for you.

Now, here's where it gets even more exciting: Around the time of World War II, an affiliation was made between John Lobb and Hermès to sell its shoes in their stores. You could say the partnership was perfect as both companies specialize in precious objects, whether it is a pair of double monk shoes or a vibrant silk scarf, so much so that the agreement eventually lead to the acquisition of the shoemakers by the Paris luxury house in 1976 and the introduction of the ready-to-wear collection in 1981—and thus the wider availability of the legendary Lobbs to more men (with money).

The John Lobb workshop on St. James' Street continues to operate under the Lobb family, who still makes very classic bespoke footwear, while the 24 shops around the world, including the newly minted John Lobb boutique in Manila (beside Hermès, of course), are run by the French company and primarily focus on ready-to-wear with contemporary flavor. 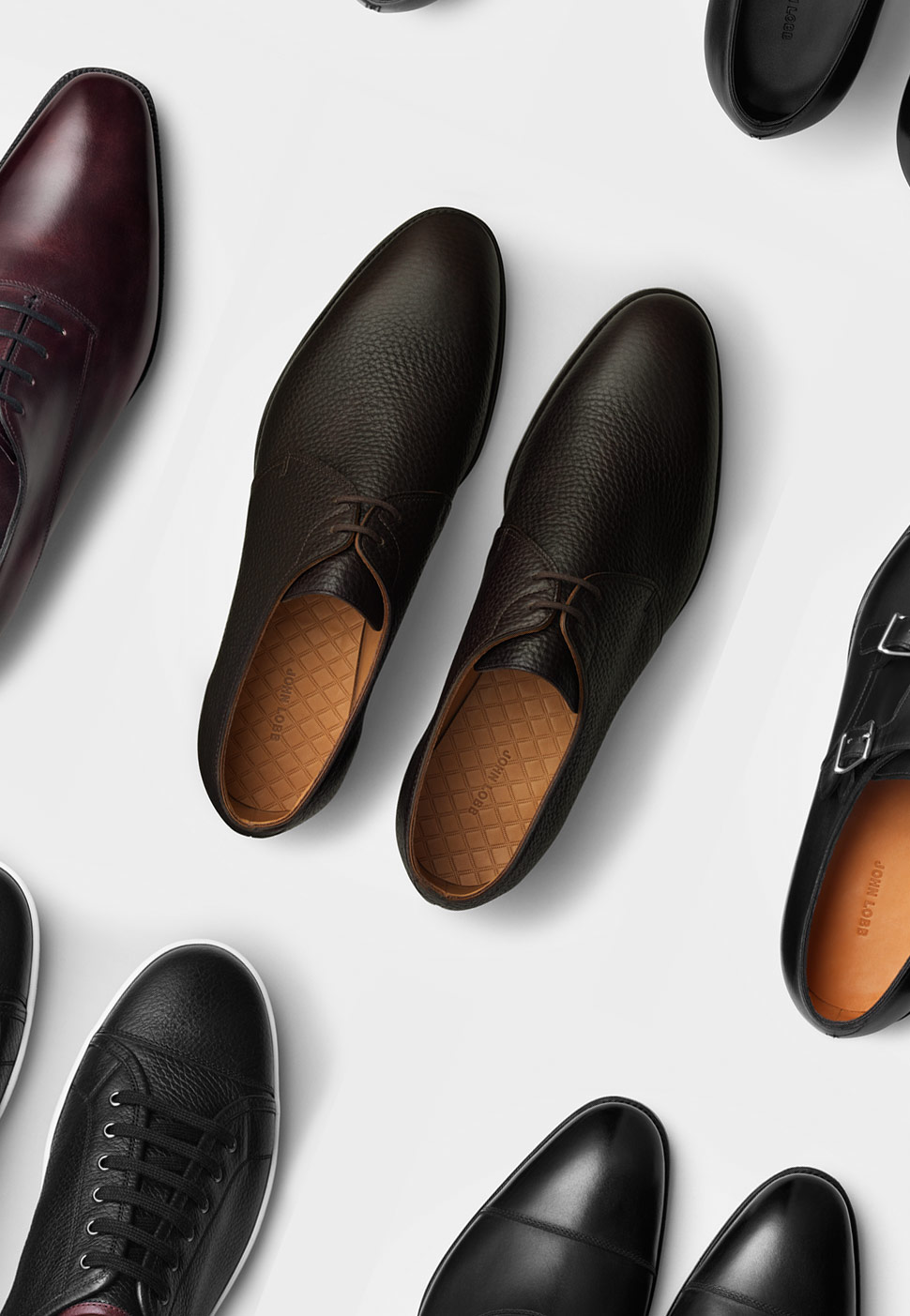 That's not to say that there is a disconnect between the John Lobb on St. James' and John Lobb Paris. Nicholas Holt, Asia Pacific regional director of John Lobb, explains how both outfits share the same DNA. The proof is in the pudding or, in this case, the shoes and their very making, which is a six-week process with over 200 different steps. “That’s really intrinsic to the original values of the brand: the attention to detail and using the best materials,” he says.

To be more specific, the formal collection is made using Goodyear welt construction. If you're not a shoehead, all you need to know is that this preferred and very old way of crafting shoes allows for “comfort and the very best quality, but ultimately that means the leather, the upper, should last a lifetime—if cared for properly.”

Translation: John Lobb shoes will last longer, decades and decades, as their soles, if worn and ruined, can be unstitched and replaced. (The store, of course, offers repair as well as polishing services. “Which is key because caring for the uppers and the leather is something that will prolong the life of the shoe,” says Holt.)

Holt, who is based in Hong Kong, observes two major things about Asian men and their shoes. First, we are braver: “Men are keen to express themselves, and shoes are an easy way to do it. Maybe, they are a slightly more overt way [of expression] than wearing fashion.”

Second, he finds Asian men very good at blurring the lines of dressed up and dressed down. “Asian men are good at dressing up a more casual style like a sneaker,” he says. “Maybe it's less popular, due to the climate, to wear a more formal shoe with a suit, shirt, and tie to work every day. You can wear a pair of chinos and a sneaker.” 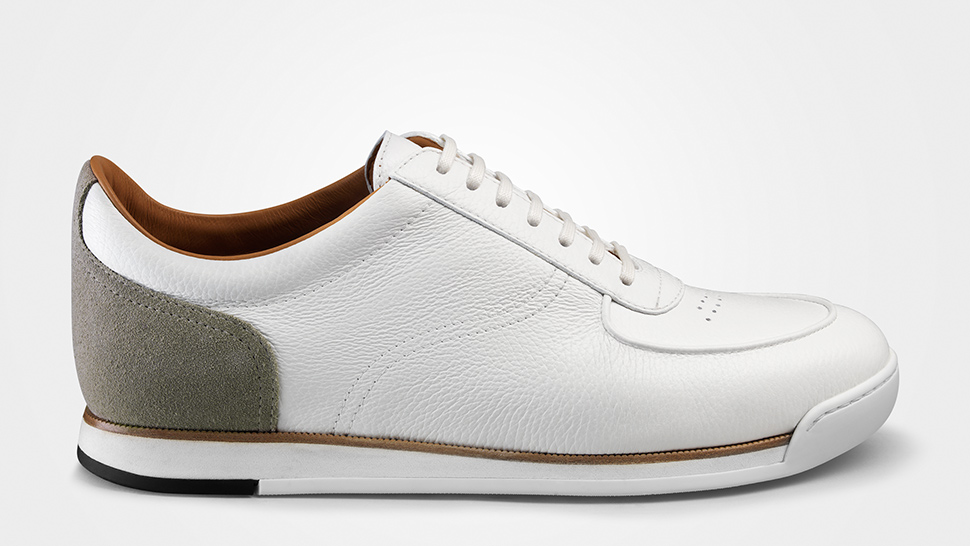 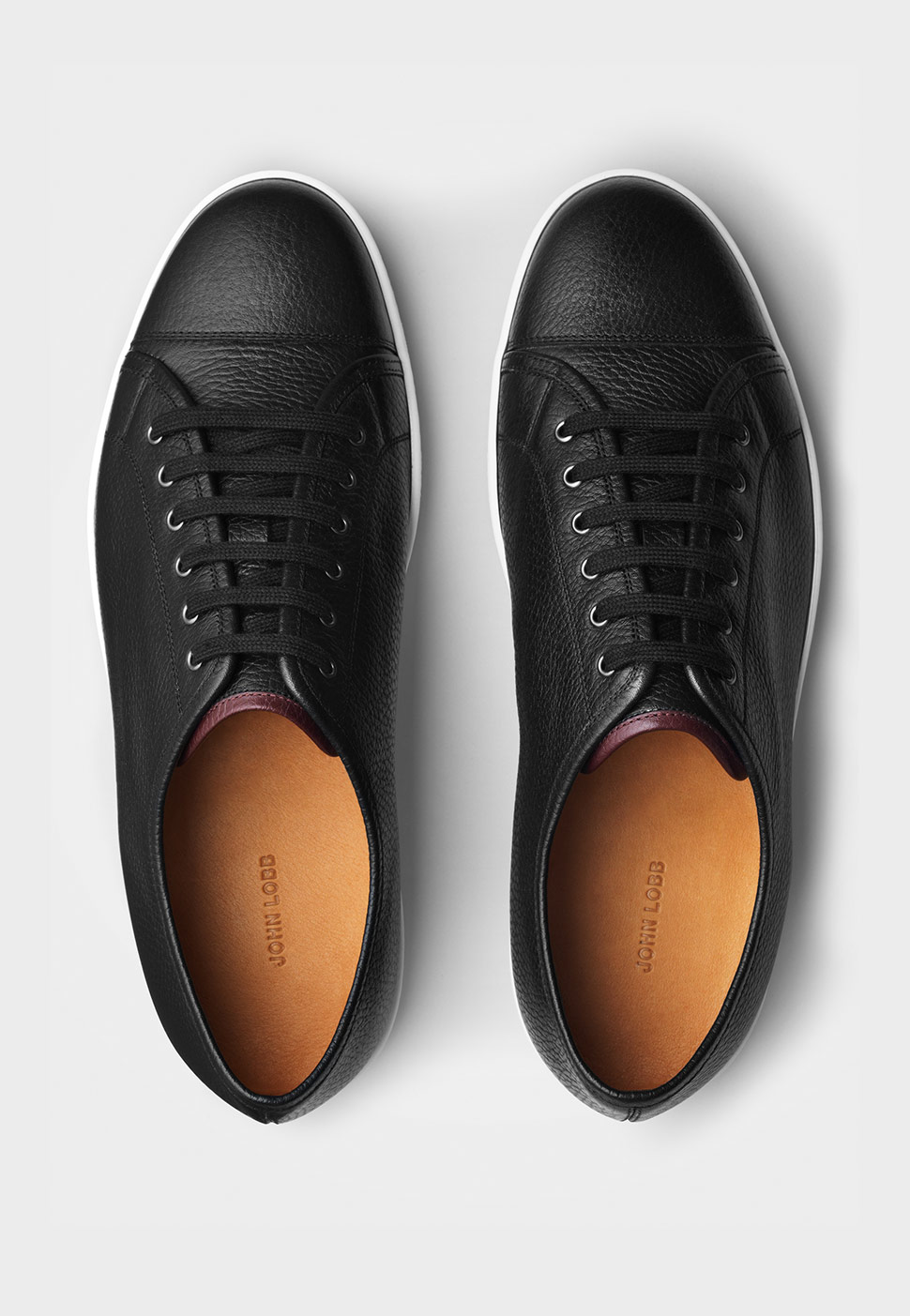 Holt moves to the cubbies of sneakers on one wall of the shop and points to the Levah. “I can wear this navy sneaker with my outfit today, which is quite formal, and I wouldn't have any problem doing that, mixing fabrications, silk and linen and flannel and leather sneakers,” he says.

For the record, he is wearing an inky blue coat, a white shirt, a black knit tie, and a pair of stone-colored trousers with a slight break. And the shoes on his feet are the Hayes, a limited edition double monkstrap in plum from last season. (Fun fact: “Each year, we create a limited edition shoe, which pays homage to Saint Crispin, who is the patron saint of shoemaking.” Who knew there is a patron saint of shoemaking?). And yes, you could very well imagine this rig looking just as right with the calf leather Levah sneaker, whether in blue or bright white.

If you're looking to dip your toe into John Lobb's luxury pool, the sneaker collection is a good place to start (these are not gut-wrenchingly expensive—but still expensive). Holt, himself, has several: “I have a pair of this in a white velveteen chalk, a softer calf, more akin to a suede, and a tumbled leather in tan. I would wear these every day of the week. I love them. The sole here is white rubber, but it's also available in gum.”

The contemporary touches, like that gum sole, can be credited to John Lobb's artistic director, Paula Gerbase, whose (maybe difficult) task is to bridge the heritage of the bespoke John Lobb with today's ready-to-wear operations.

To bring past to present or take present to past, Gerbase took the same journey that John Lobb made over a century ago. And passing through the vast moorland of Dartmoor in southwest England, she came to add softer materials and granite-like touches to the footwear collection as well as the imagery and interiors of John Lobb. 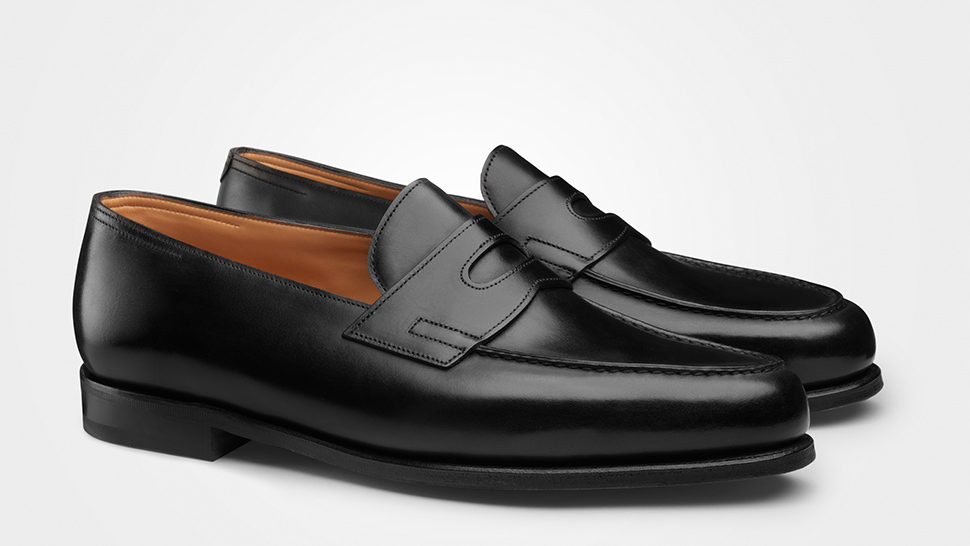 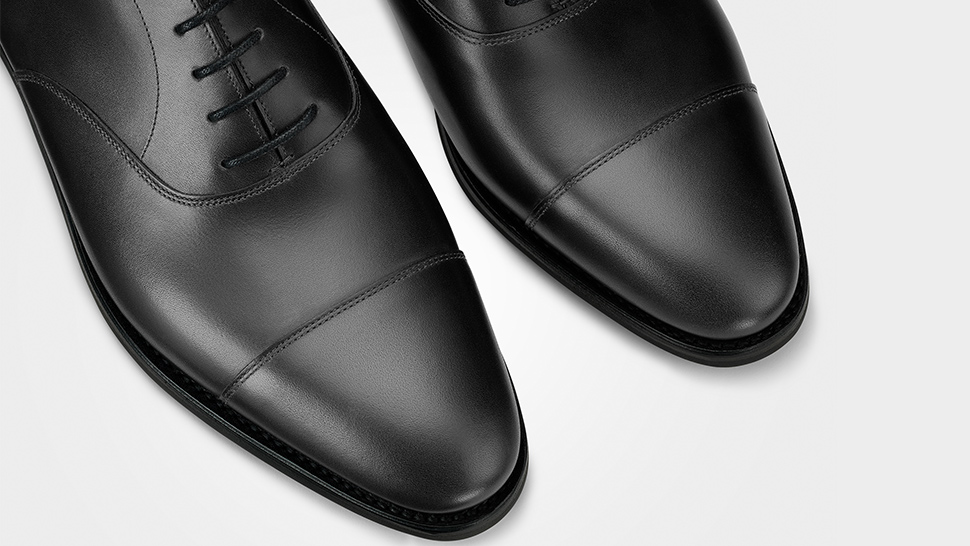 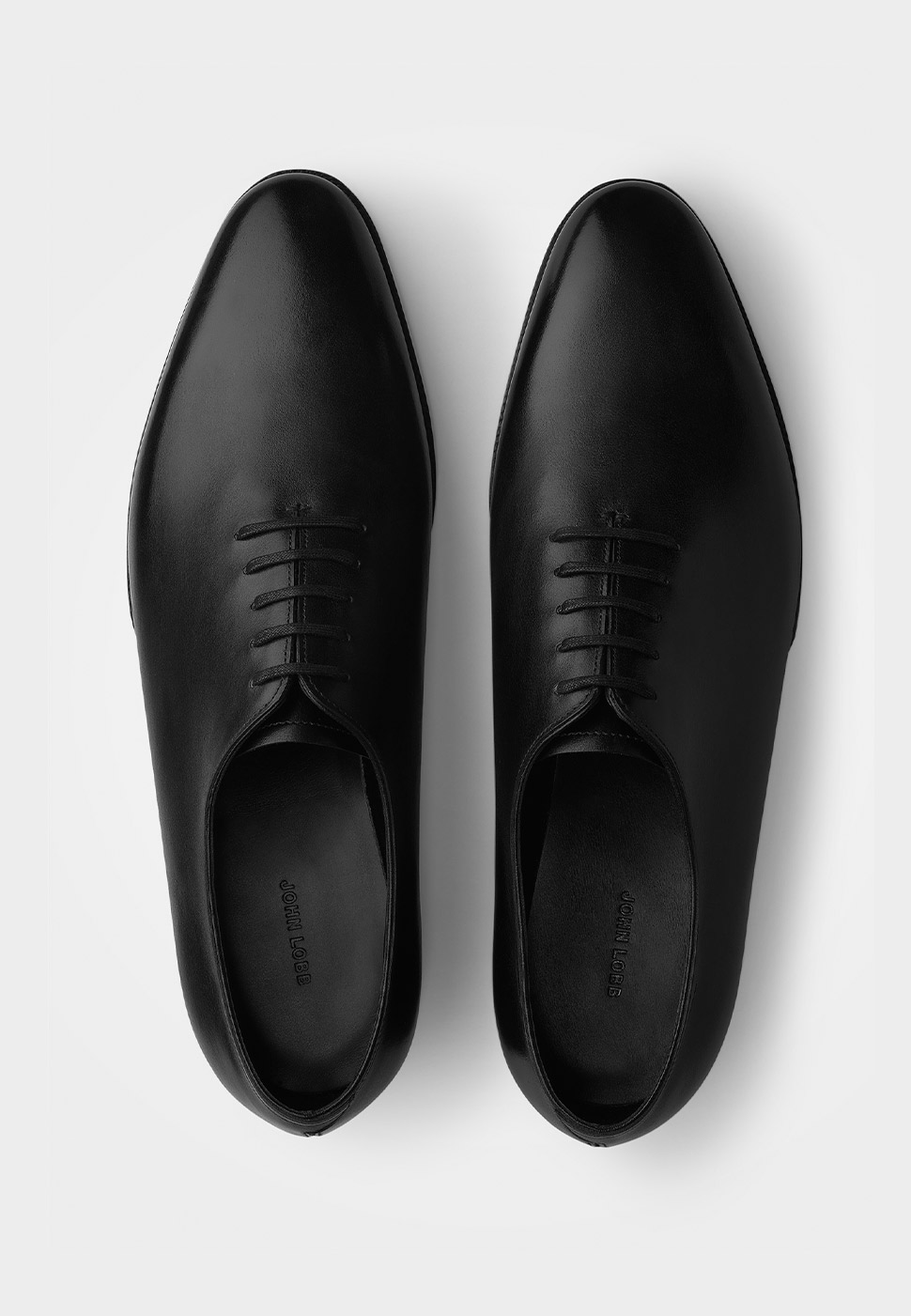 “She also calls upon designs from our archives for inspiration,” says Holt. The Lopez penny loafer, for example, is based on a bespoke model from 1950. The design, which “hasn’t changed very much at all,” speaks of the timeless quality of John Lobb as it continues to be a bestseller.

Other highlights range from the classic, the William, a double buckle shoe that is named after Lobb's son (he designed it), to the modern, the Weldon derby, which feature Lobb's Tensile construction, a technique that gives the Goodyear-welted shoe lightness and flexibility. “This really shows the innovation of taking those elements of intrinsic craftsmanship from 100 years of development and adding a modern twist,” adds Holt.

All the above are worthy and beautiful, but we really need to talk about the Marldon, a favorite of Holt and, we think, an exhibit of John Lobb's full mastery. The formal shoe is made from one piece of calf leather that's been sewn together with a single seam, resulting in the cleanest, slickest shape—the perfect punctuation to a suit or a jeans-and-T-shirt look and also your dependable companion on many, many journeys from now until (maybe) forever. 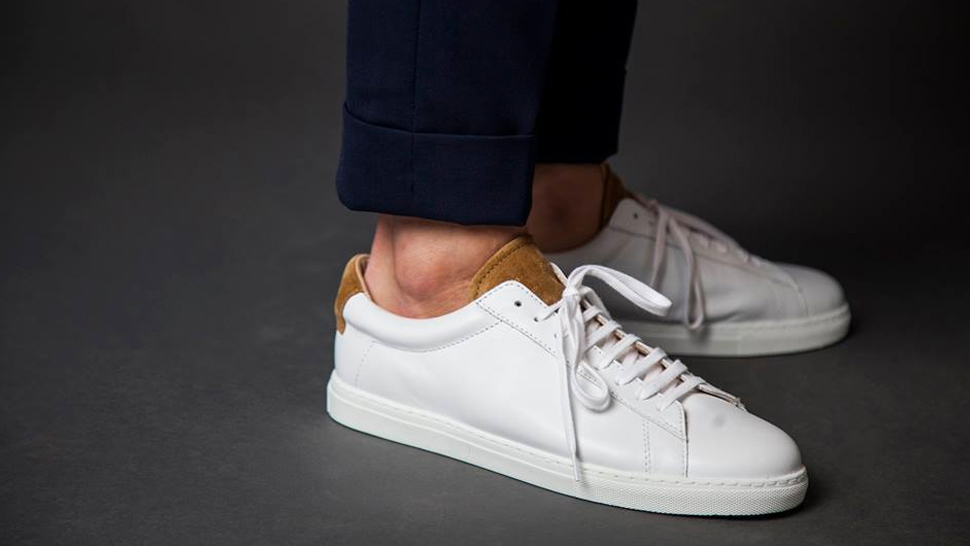 Luxe, Plain White Sneakers Will Never Go Out of Style
All Photos
Comments
View As List