Deep cuts from the new king of streetwear. 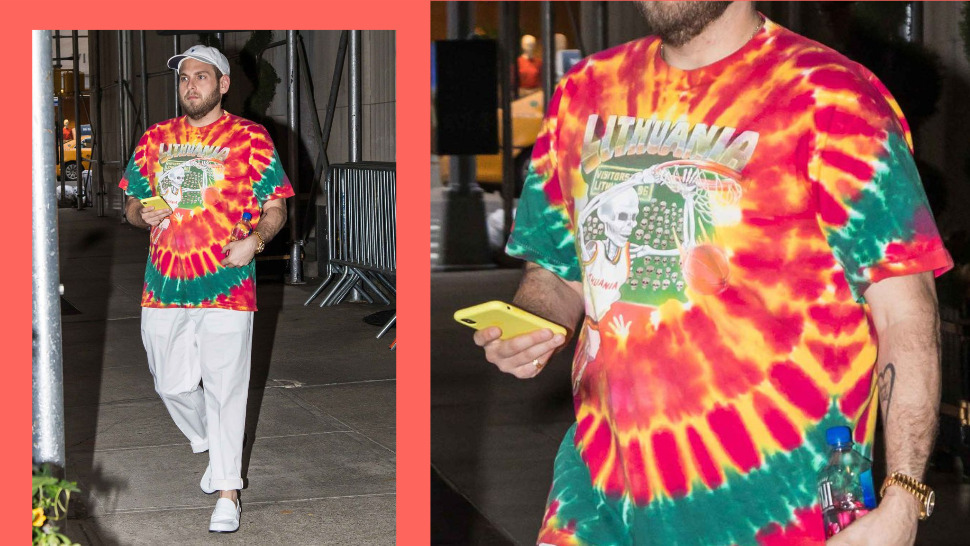 Jonah Hill has quietly established himself as a low-key style god over the last couple of years. The guy knows his streetwear, wears it well, and even has his own 'fit watch online. And 2018 Jonah doesn't show any signs of slowing down. Case in point: the outfit he wore this weekend in New York City. 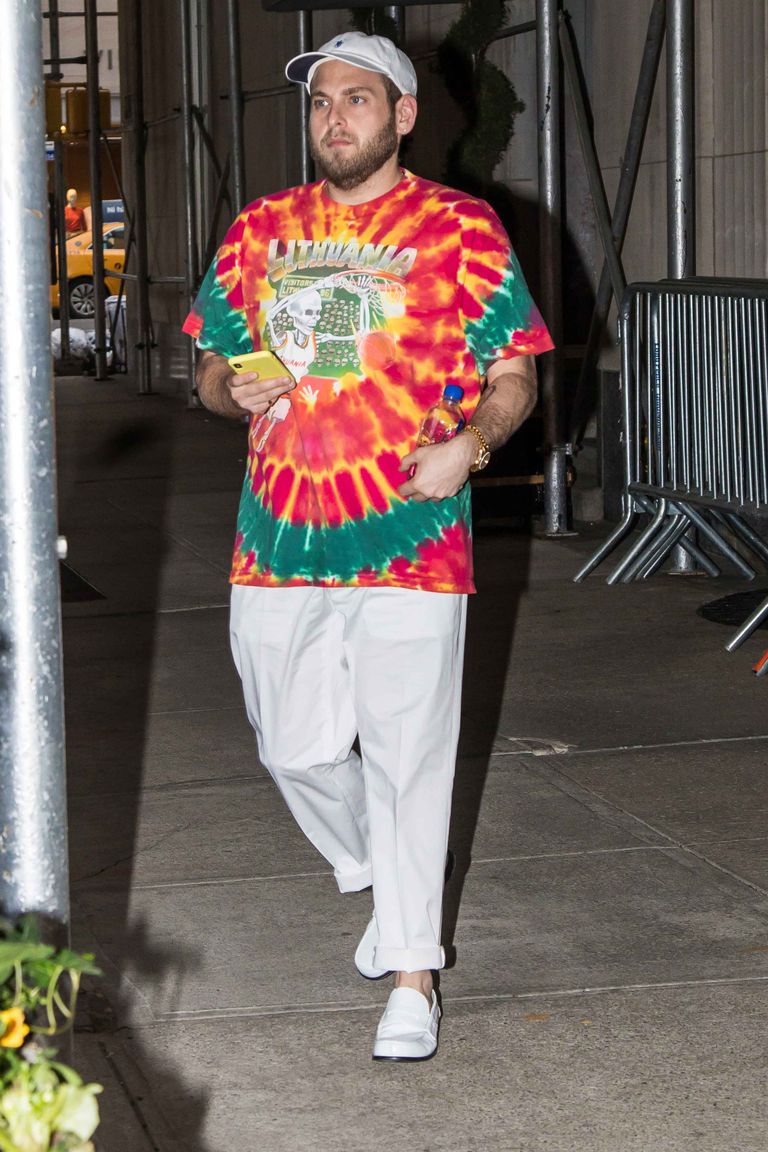 Clearly, that shirt is the star of the show. But before we get into the interesting story behind it, let's take a moment to acknowledge the other elements that make this look worthy of note. First off, the high-low accessories combo of a white dad cap and what looks like a gold Rolex. Second, the wider-legged fit of the pants, which feels right on trend right now. And finally, the white loafers with a black sole, which are a swerve in and of themselves.

But really, this is all about the tee: colorfully tie-dyed, and featuring a skeleton dunking a basketball. That's amazing! And the story behind it is pretty amazing, as well. The design was created for the 1992 Lithuanian Olympic basketball team by none other than The Grateful Dead. Apparently, the newly formed team was hard up for cash and made a few appeals overseas. For whatever reason, those appeals reach The Dead, who saw fit to fund the Lithuanians in the form of a check and some sweet, sweet merch. The check let them go to the games. The shirts made sure they caught everyone's eyes while they were there. 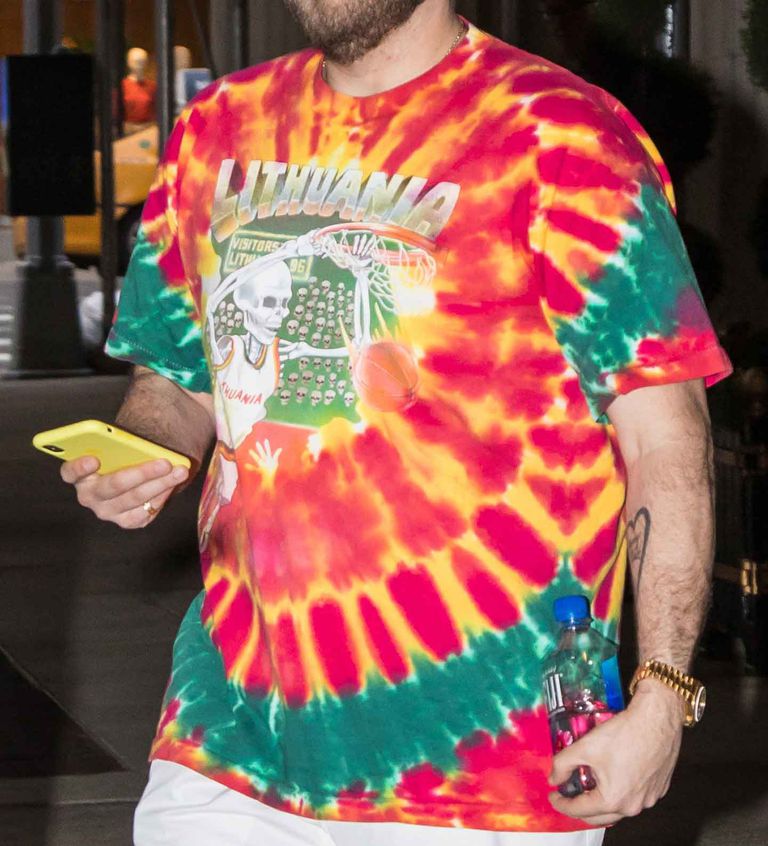 Lithuania surprised pretty much everyone by winning the bronze medal in a competitive field that included the U.S. Dream Team, securing a footwear sponsor along the way. That meant they could have worn some appropriately athletic-looking gear when they took the victory stand. Instead, they honored their OG sponsors in full dunking-skeleton, tie-dye glory.

I have no idea if Jonah Hill knows all of this, or simply thought the shirt was rad. Both are fine! It's a dope shirt either way! If you want one for yourself—which, good call—there are a couple options. This site (apparently from 1992 also, by the look of it) claims to be the exclusive source of new and legit ones. But if you want to keep it classic, why not go vintage? Ebay and Etsy both have a good few options available right now. Happy hunting. 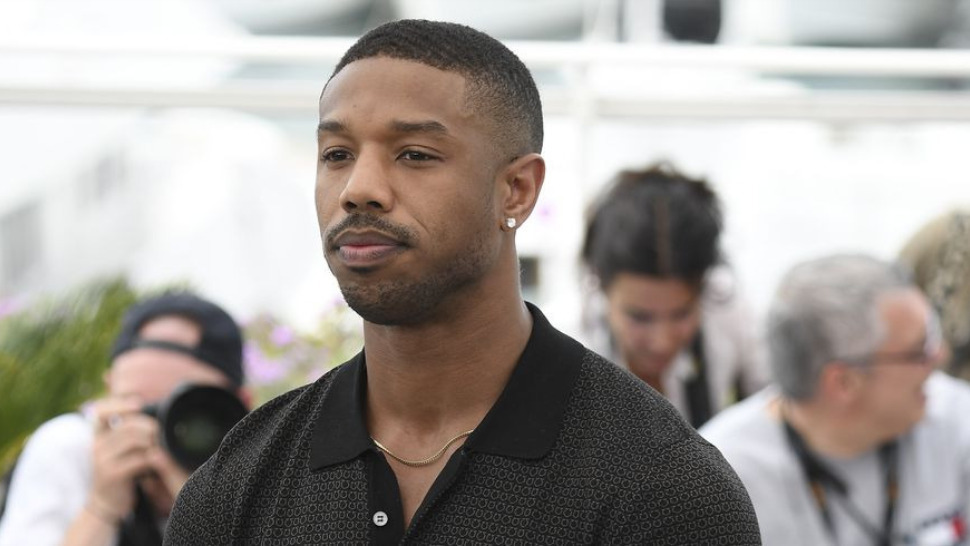 Learn How to Look Buff From Michael B. Jordan's Style Hack
All Photos
Comments
View As List