The Pièce De Sleazésistance is his bright blue parka.
Mar 10, 2019

Justin Bieber, the 25-year-old we worship for his lack of fucks about personal style, continued his crusade of letting everyone know about his new clothing line, Drew, when he stepped out of a van in New York City on Tuesday.

Bieber, looking like a cross between Dude Laying Down Sleeping Inside a Subway Car and Super Mario's Deadbeat Cousin, was seemingly draped in a Drew House fit that combines decades of poor style trends into one beautifully sleaze-tastic aesthetic that, frankly, is hard to look away from. My friends, Bieber is once again putting on a sleaze clinic. The sleaze trend, of course, is one in which very famous and very wealthy people dress like suburban weed dealers—and he deploys it regularly.

Because I can't look away from it, I noticed a few things. For instance, that's a trucker hat he's chosen to slap the ol' Drew logo on. If anyone's going to unearth this trend from the Ashton Kutcher Memorial Style Cemetery, it's Bieber. Unfortunately, it seems too difficult a task, even for our sleaze lord and savior himself. The audacity to try, though, is what seats him on the far left side of our Mount Rushmore of Sleazy Style (that's George Washington's spot).

Justin Bieber, either looking directly into a mirror or listening to a boomer who’s bringing up his YouTube years again. 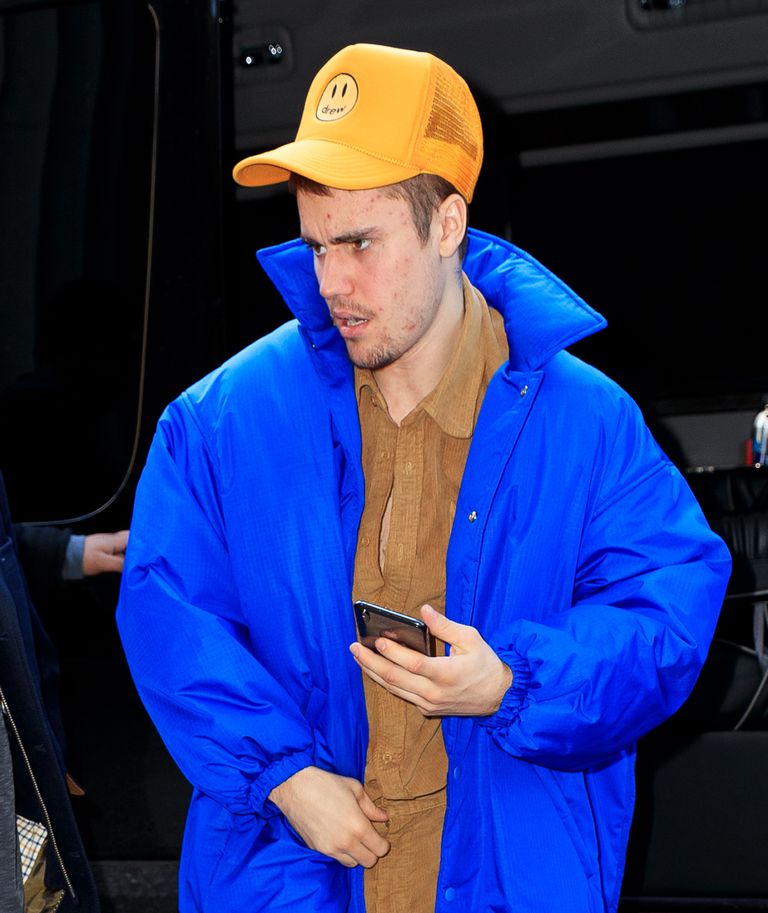 At first glance, I also thought our young 7-Eleven dumpster king was wearing a full corduroy jumpsuit, too. He isn't; it's two pieces, which I was only able to find out because his shirt came untucked at one point. Whatever it is, I'm assuming it's some unreleased Drew House, because the entire line is filled with two main themes: Smiley Face and Corduroy.

Now that everyone and their brother feels comfortable in a Canadian Tuxedo, you have to respect the man for taking it up a notch and diving deep into corduroy bliss. Not to mention the admiration I have for his complete middle finger to fit. Those pants are roomy—even by 2019 standards, which have our pant legs returning from a state of suffocation. His fly being only about 80 perecent up is the real chef's kiss of it all.

But the Pièce de Sleazésistance is Bieber's bright blue parka. Not only does it look appropriately cozy for this bitter NYC day, it's also a sort of stylish double edged-sword. The silhouette is simple enough not to distract from the skunk weed fever dream that is the rest of the fit, but at the same time, that royal blue punches you square in the face. As it turns out, the jacket is Balenciaga and belongs to his wife, Hailey.

All things considered, Bieber's look in its entirely is a sleazy stew of what makes a Pitti peacock-worshiping, monk-strapped #menswear dude spill his Cortado. And that's exactly why I love our sweet boy so much. 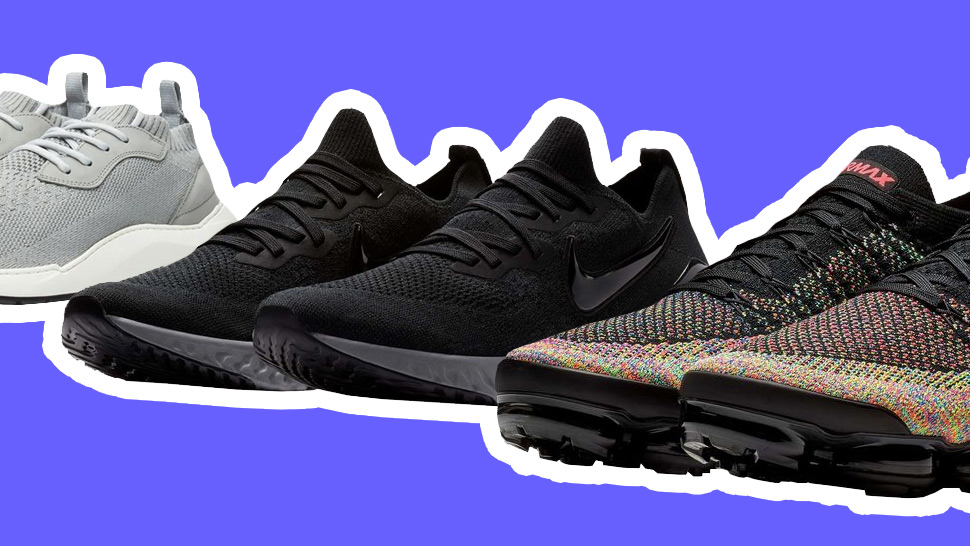