But there's one thing that's actually pretty easy to emulate. 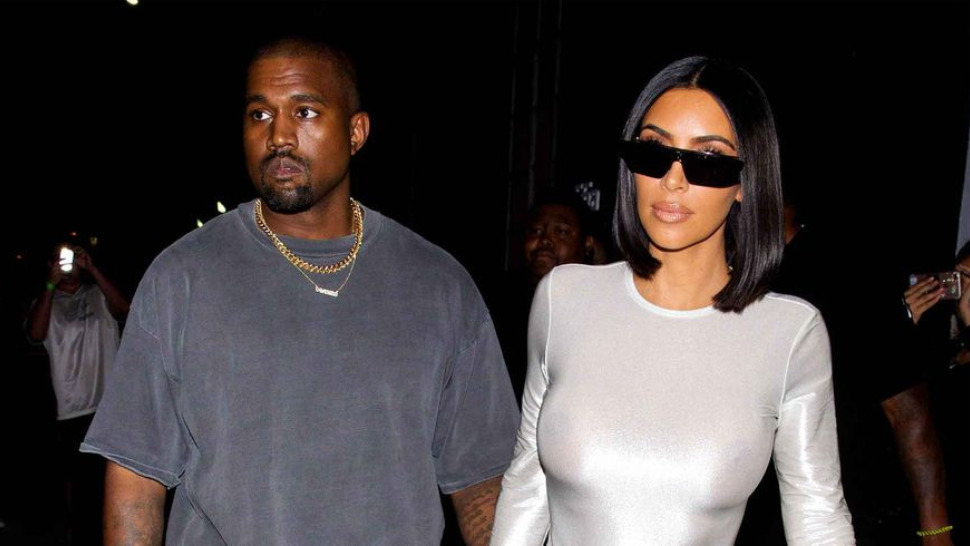 Did you hear? Kim and Kanye stepped out for a date this weekend in West Los Angeles. And considering they're two of the most famous people on the planet, here are two facts about this excursion that should surprise absolutely no one. 1) There were photos. There had to be photos. And 2) The clothes they wore were a pretty far cry from the stuff you'd find at Applebee's on any given Saturday. 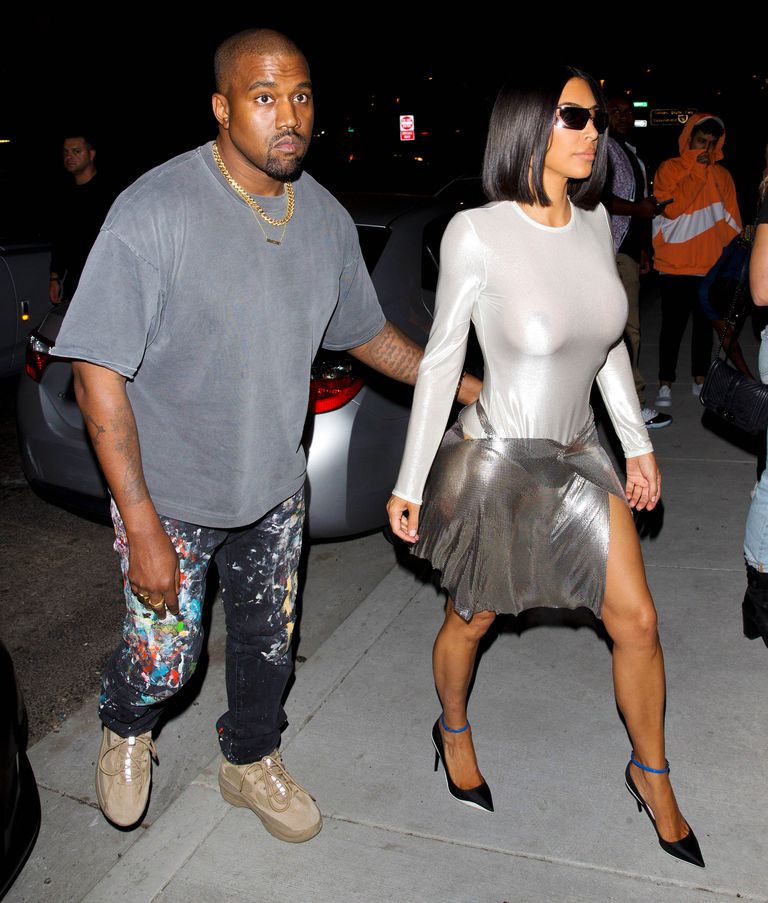 I have exactly no idea how to properly capture the essence of Kim's outfit except to list a few words that come to mind: "Body stocking," "NASA," "semi-translucent," and "SILVER!" (it has to be in all caps, and it has to be followed by an exclamation point). It's a look. Or maybe a lewk. It's something. 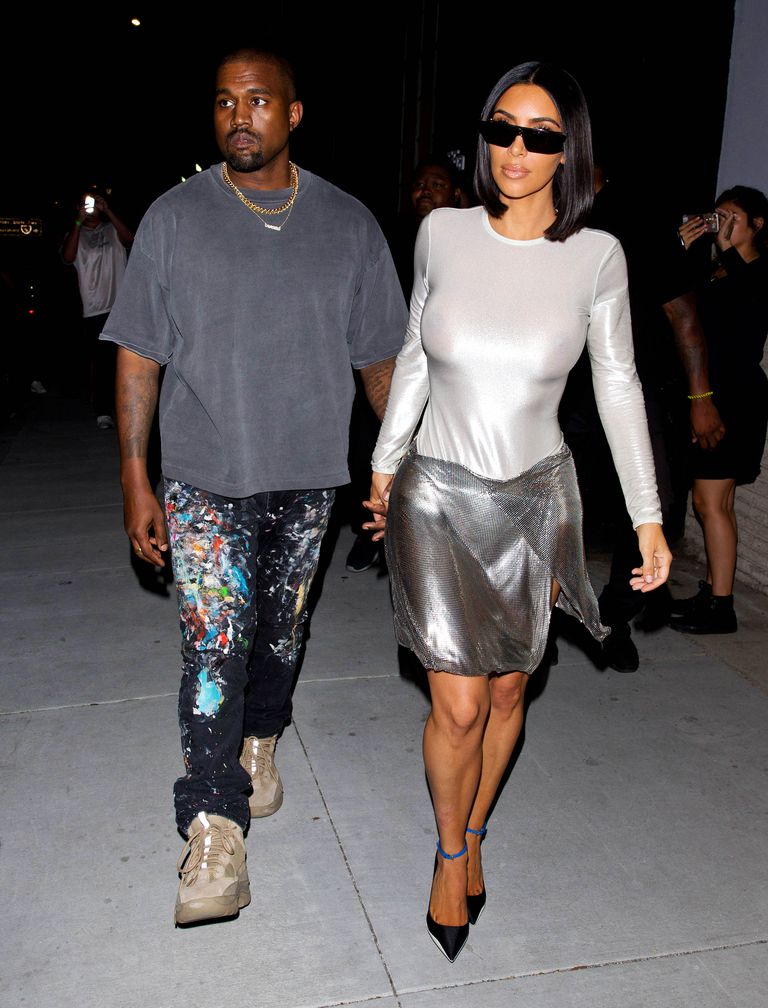 I actually do have some idea how to properly capture the essence of Kanye's look, because it is so very Kanye. He's wearing Yeezy up top and on his feet, so that makes a lot of sense. But what really shouts for attention is the leg area. Namely, those jeans.

I'll admit, I'm not sure who made them. They've definitely got some Margiela vibes, and this pair of shoes from the label has a similar paint-splatter treatment and color scheme. But nothing on the market seems to match exactly, so maybe they're a yet-to-be-released style or something from the archives.

Still, the aggressive application of the paint seems a little more DIY—as in, I wouldn't be at all shocked if Kanye just grabbed some old denim and painted it up himself. And if there's one takeaway from these shots that normal style-minded guys might actually be able to use, it's this: Don't be afraid of a little self-customization. Got some jeans you're bored with? See what happens if you throw on some paint. Just beware the paparazzi flashbulbs that may follow.

Or, if you'd rather get the designer version... 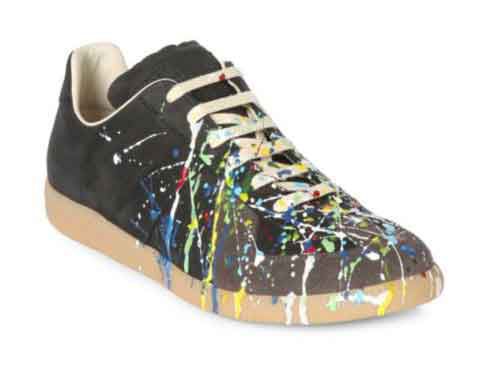 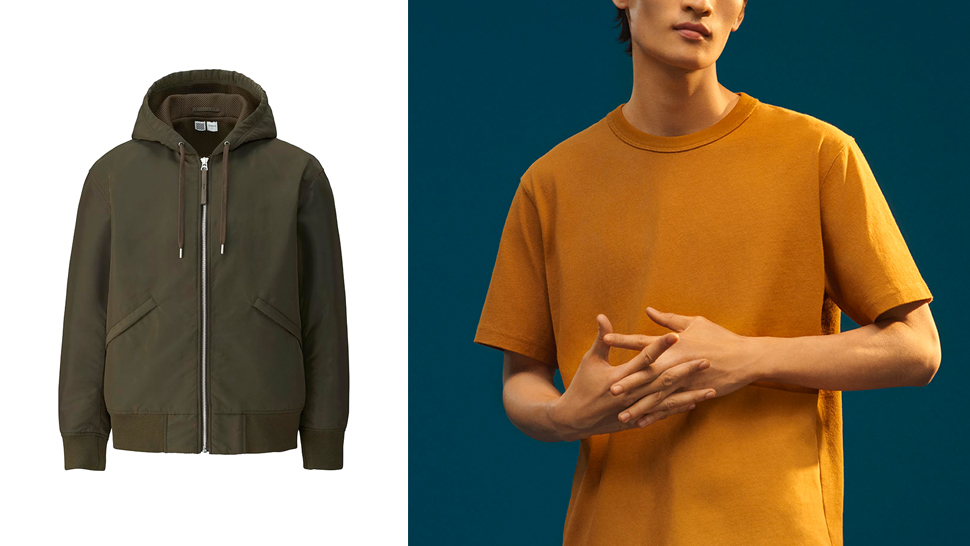 Another Season, Another Brilliant Uniqlo U Collection 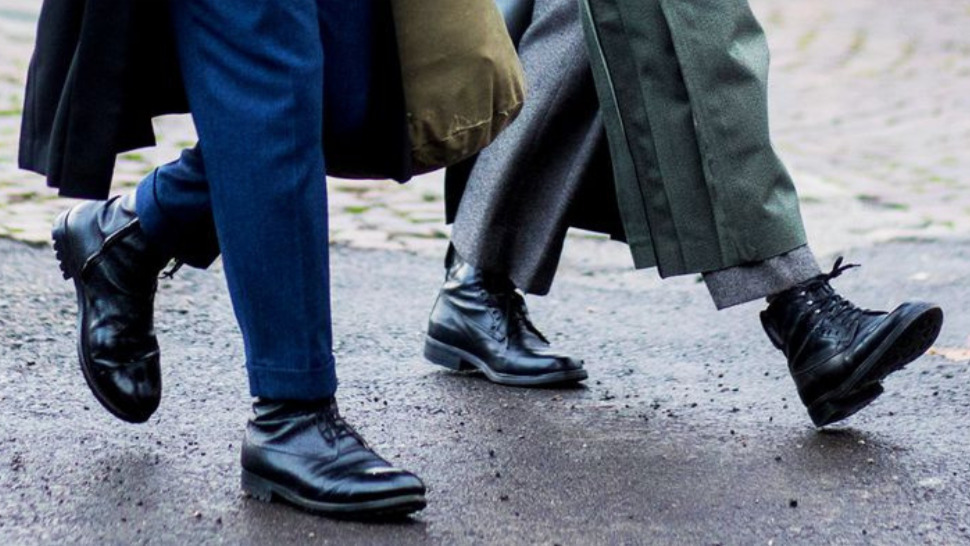