As Kanye West takes another stab at monetizing faith, fashion needs to reconsider its relationship with God. 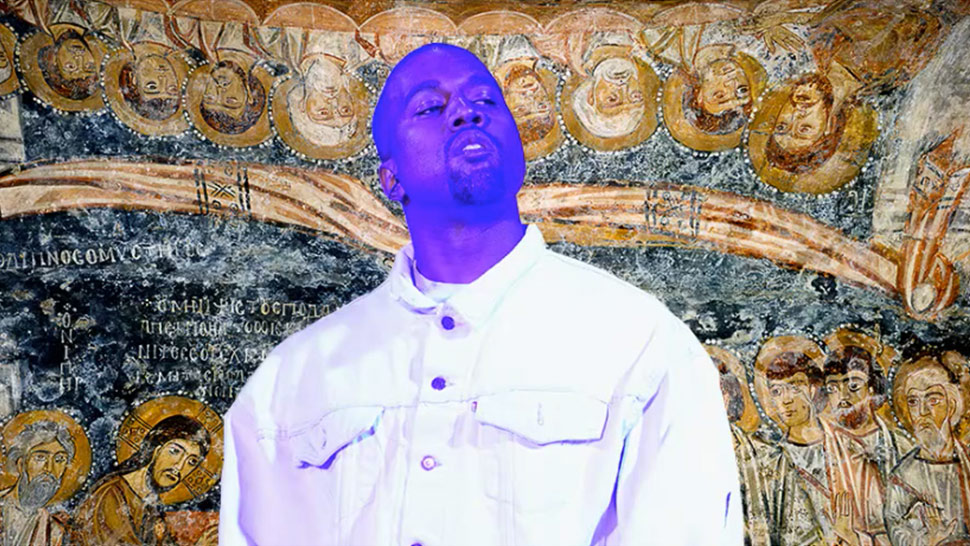 Walk the streets in and around the Vatican City and you'll discover a plastic buffet of Catholic souvenirs: Jesus for the dashboard, a pint-sized Virgin Mary, even the 'Calendario Romano', a round-up of the hottest men to don a dog collar, which may or may not be sold to titillate chaste believers.

Religious paraphernalia—church merch—is nothing new, a sacred cash cow for the Church (and opportunistic souvenir shops) to milk. These are objects acquired during pilgrimages to Rome, Lourdes, or Jerusalem; half souvenir, half-divine object. If you happen to be in a capital of one of the world’s oldest religions, makes sense to take home something to remember your trip by. Spuriously caucasian Jesus figures are of universal appeal to both the devout (these ornaments can be of real significance to millions) and the skeptic. These are objects purchased in the context of their surroundings and the faith that pervades it. Even the holy heartthrob calendars.

Which is partly why Kanye West's latest delivery from the pulpit grates. As part of the wider Jesus Is King album release, the rapper debuted several lines of merchandise, one in conjunction with A$AP Mob’s creative collective AWGE. So far, so similar to the multi-pronged drops that accompany most major album releases these days. The contrast here, however, is the iconography. Emblazoned upon a sea of jersey T-shirts, jogging bottoms, and sweatshirts is a Kanye’d take on Christian motifs that include Jesus Christ as designed in MS Paint, slogans that place the rapper’s name directly above and alongside the crucifix, and wordplay that’s more Katy-Perry-featuring-Kanye than it is College-Dropout-Kanye: “I am no Saint I am only his father.” Get it?

The Met Gala was a crude amalgamation of Catholic clichés, ill-advised religious garb, and Rihanna as sex pope

This marries up nicely with West’s extremely commercial reboot as a born-again Christian. Good comms strategy. The authenticity of this pivot isn’t necessarily the issue (although it is another crack in West’s unpredictable and ever-changing ideology). What’s troubling is that West is charging up to $250 for hangover-wear that co-opts imagery of substantial spiritual value. Not to you, maybe. And certainly not to me. But to a lot of people. Alone, we might be able to believe that Kanye, as good Christian, was spreading the word of God. In tandem with a controversial new album, this is about spreading the sales of Yeezus. Not the gospel.

Since he's not said otherwise (and, we're sure he would) we're assuming that the profits go straight to Kanye West Inc. Which is business as usual, you could argue: the Church of England is one of the UK’s biggest landowners and the collective Catholic Church is worth more than the Bill & Melinda Gates Foundation. But, for all its faults (and there are so, so many), the Catholic Church is the globe's largest non-government provider of healthcare services, 65 percent of which are located in developing countries. Their banner of Jesus Christ at least has some charitable purpose. While West’s $1 million donation to prison reform initiatives is commendable, that's pocket change for a man with an estimated net worth of $240 million.

Kanye's also something of an interloper in the religion-for-profit game. For the 2,000 years between the comings of Jesus and Yeezus, the Church built itself—and its coffers—through branding and merch. The kitsch of a Roman souvenir shop is the modern iteration of the bones—supposedly chipped off saints—that were peddled to believers. In 2016, Waterford Cathedral's "fragment" of the True Cross was revealed to be an 11th century dud by radiocarbon experts from Oxford University. Still, that barely dents the belief and mystery such items conjure. They mean something. You can’t really say the same for a fluoro, WordArt sweatshirt.

West is the most recent culprit in this co-opting of religious messaging for personal gain, but he's not the worst. Fashion has long looked to religion, and specifically Christianity, for what could generously be termed "inspiration." But, as with all things that flirt with cultural appropriation, there’s a right way to do it. Look to lived experiences. Involve those in the design process. Adish, an Israeli streetwear brand, is an example of good practice: Sell Palestinian-inspired menswear, use Palestinian techniques and employ Palestinian people to do it. Dolce & Gabbana similarly infuses its collections with a lived experience of Sicilian Catholicism.

On the flipside, there's the Met Gala, which pilfered it for 2017’s "Heavenly Bodies: Fashion and the Catholic Imagination" shindig. The result was a crude amalgamation of Catholic clichés, ill-advised religious garb, and Rihanna as sex pope. The red carpet procession was like a diamond-dripping version of a stag-do nun's costume. Twitter outrage seemed somewhat vindicated: This was blasphemous, at least by the terms of the Oxford Dictionary. The anger would probably have been amplified (and rightly so) if Anna Wintour and co had decided upon Hinduism, Buddhism, or, really, any other faith as the dress code of their fancy dress party.

And herein lies the problem of merch-ification. These clothes aren’t designed in relation to landmarks of spiritual importance, nor are they of any spiritual value. They’re for fun. In the Met Gala’s case, that means something to punctuate your viral dance. For Kanye, it’s for streetwear acolytes who worship at the altar of Supreme, not the ones at Sunday mass (and no, the rapper’s celeb-packed new Sunday Service doesn't count). Collab lines and costume parties merely serve to add brand value to the celebrities that power them. It’s a shame it has to devalue an entire belief system in the process. 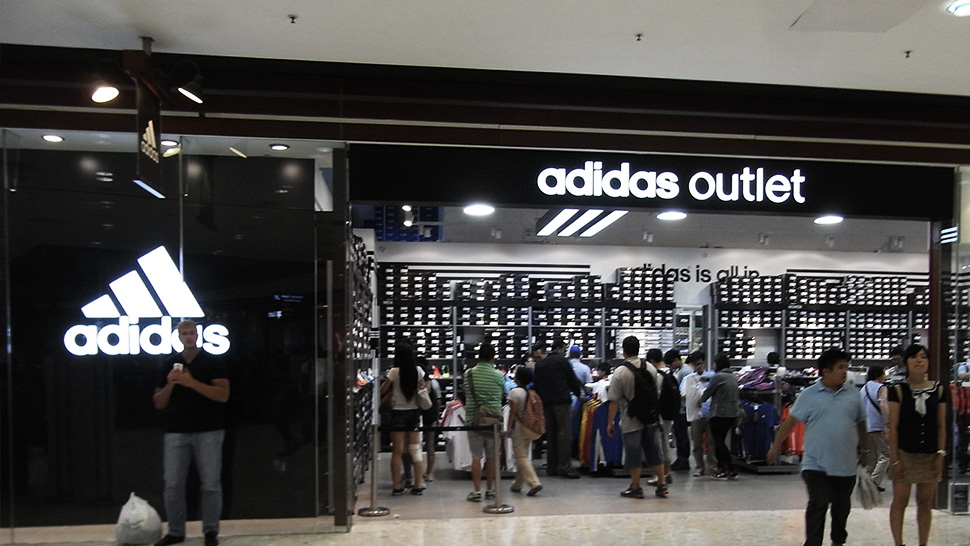 The 12 Best Outlet Stores in the Philippines 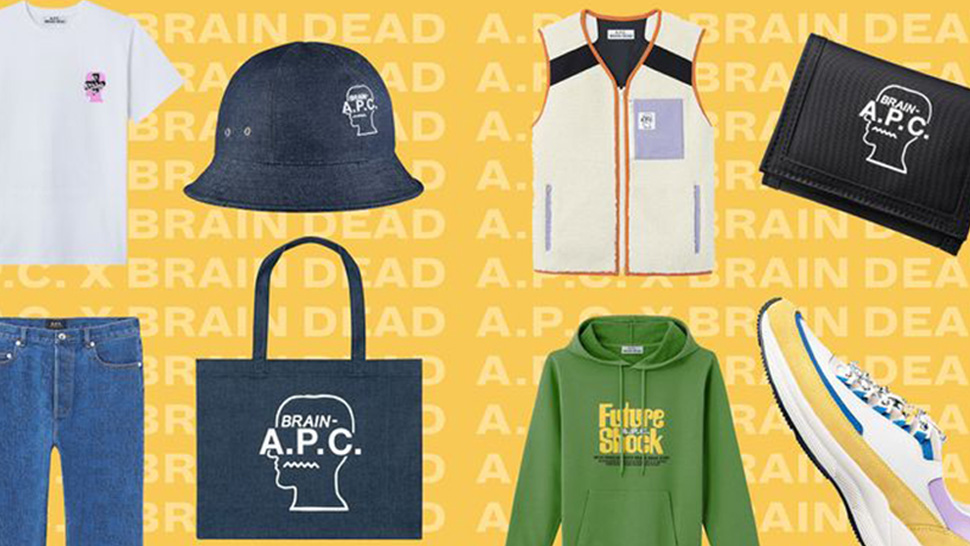 The A.P.C. x Brain Dead Collab Hits the Sweet Spot Between 'Weird' and 'Cool'
All Photos
Comments
View As List