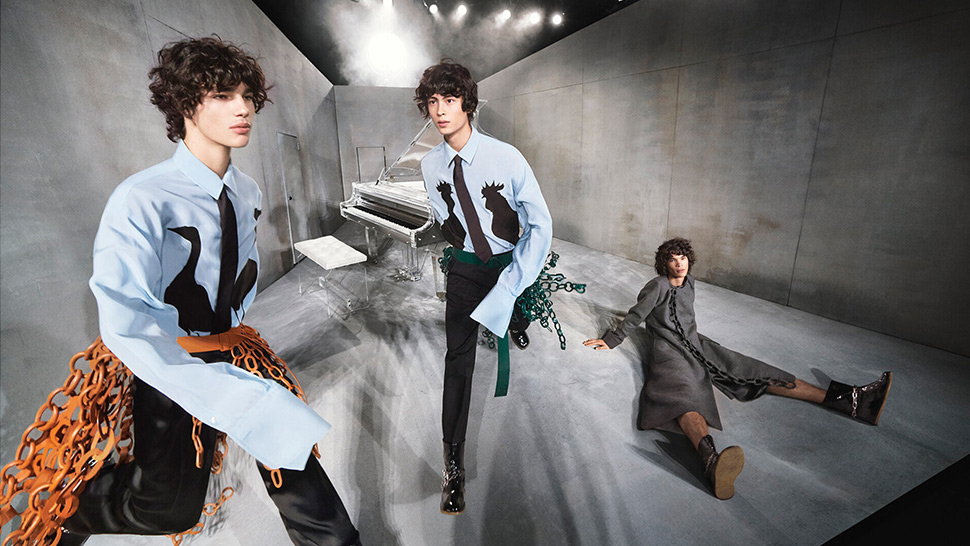 Loewe recently debuted its latest menswear collection in Paris, and along with it, a bold campaign that features athlete and activist Megan Rapinoe.

The project is part of an ongoing collaboration between Loewe creative director Jonathan Anderson, photographer Steven Meisel, and creative studio M/M. The campaign images were released with a short film titled For Real. In it, Rapinoe invites viewers to use their voice, speak from their heart, be honest, and find the truth.

According to the label, the campaign is a "tryptic of character, fashion and product images, kept together through Loewe's prismatic identity. An idea of distortion—of facial features, body postures, and object surfaces—runs through."

"I am so thrilled about this partnership with Loewe and Jonathan Anderson. Multiple worlds crashing together, creating something bigger, different, and more exciting than either could alone. To me, the goal of a collaboration should not be to stand next to one another, but rather become something else, together," said Rapinoe.

Louis Vuitton Is Opening Its First Restaurant in Osaka

Back To The Fuchsia: Why The Pink Power Suit Rules In 2020
All Photos
Comments
View As List