What We Learned From London Fashion Week Men's 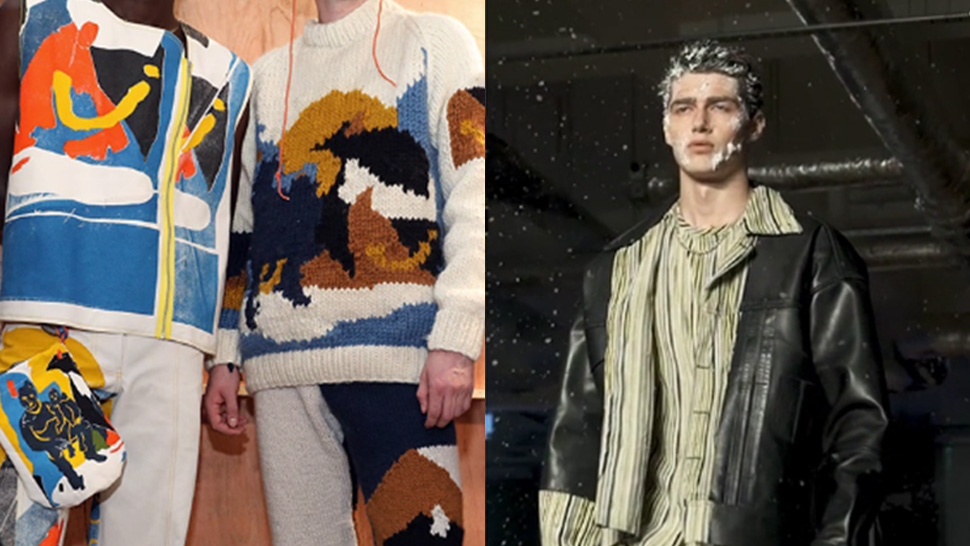 As 99 percent of the world slept, lazed, and contracted gout over the Christmas period, the makers of fashion worked harder than ever to prepare for the first working weekend of January: London Fashion Week Men's.

As the kicking off point for the menswear show season, the capital has become known as something of a hotbed for emerging talent: London, in the grand tradition of enfant terribles Vivienne Westwood and Alexander McQueen, likes to break the rules and go a bit mad (just take one look at the guests who pepper the front row).

All of which is a good thing. And so, fresh from hibernation and in search of some new really really nice clothes, our Esquire style team provides their take on menswear's boldest weekend.

Sustainability Goes From Strength To Strength

Upcycling, repurposing, handmade, organic, sustainable—the buzzwords of the last decade—became an urgent call to arms for the fashion industry with London’s menswear designers leading the way.

Emerging Menswear Talent award winner Bethany Williams’ entire business model is set up as a social enterprise. Her A/W 2020 collection—a colorful appliqued mix of patchworked coats, boxy jackets, and wide pants —was made in conjunction with The Magpie Project, a charity that supports mothers and young children in temporary accommodation in East London. The nylon pieces were fashioned from old bell tents; the decorative ribbons and ties were waste material from a toy factory; and the collection itself made in a North London factory by female ex-offenders training at the London College of Fashion.

E. Tautz’s Patrick Grant was in a similarly combative mood. Backstage, he waxed lyrical on the complexities of sustainability issues with 50 percent of his collection made from recycled cloth—mainly discarded white shirts and jeans—from industrial recycler Astco, and the embellishment, patchwork, and darning by students from the Royal College of Needlework.

Priya Ahluwalia took her inspiration from the 1965 colors and patterns of Barbara Brown—a British print designer best known for her work at famous furniture store Heal’s during the Sixties and Seventies. True to her own design ethos, Ahluwalia sourced from deadstock cloth, reused textiles from past projects and, in place of printing and bleaching, used lasers to embed curved shapes onto second-hand denim.

Truly a new way to feel good about buying clothes in the future.

As expected, many designers used their 20-minute moment in the LFWM sun to muse on the ecological ills of fashion. And rightly so. One feels that 2020 will be the year in that actual, serious changes will need to be made by the fashion industry’s big players in terms of production methods, volume, and waste, or they will run the risk of alienating an ever more-conscious customer.

“No more fiddling while Rome burns,” said Patrick Grant in the notes for his E. Tautz show. The text went on to explain that the brand’s collection won’t vary too much from season to season in order that you won’t need to buy more every six months, and it demanded that customers “FIX” their clothes when they are worn out, rather than replacing them with something new. In support of Grant’s dogma, the collection of louche, elegant tailoring was largely comprised of fabrics recovered from clothes bins across the country, and even pieces that had themselves been given new life via artful patchwork repair.

Elsewhere Studio ALCH created “winterized” versions of (presumably) Summer pieces that came equipped with detachable, reusable bags, which will come in handy when you forget your Daunt Books tote. And Paria Farzeneh’s excellent Gore-Tex-riddled collection was designed to offer the function needed to face the environmental ills of modern life. “We need to be warmer, windproof, waterproof, heat sensitive, environmentally sensitive,” she says. The woodblock-printed fabrics she uses throughout her collections are sustainable, too, made by a man in Isfahan, Iran, using turmeric and saffron.

Tailoring is rigid. There are rules to be followed when you suit up. There are rules to be followed for those that make said suits, too. But the architects of such hardline diktats will be very cross. For in the grand tradition of London-based designers gleefully dowsing convention in gasoline, this season saw a Sex Pistols-like sit-in upon Savile Row. A whole new generation of designers is getting a bit punky with the suits. And, with them, I imagine an old generation of tailors feeling really quite sickened about it all.

I’m with the former train of thought. That’s because Wales Bonner went for patchwork suits and contrast pockets and incredibly wide windowpane checks. Martine Rose scrawled her own offering with buzzwords and pinned the occasional badge and collar pin to ever-bigger lapels. And John Lawrence Sullivan allowed city bankers entry into Berghain, combining big and wide boxy fits with string vests and leather that may or may not be sourced from deepest, darkest Berlin. Consider the rulebook firmly on the bonfire (around which we’ll be dancing like we're at a Dead Kennedys gig in our brand new baggy and mad suits).

The Return Of Nice, Smart Shoes

During the previous five-or-so year cycle of men’s fashion shows, the footwear worn by the models on the runway and the front row movers, shakers and shameless preeners can be placed in two (ok, 2.5) distinct categories: trainers—chunky, garish, retro, outdoorsy—and heavy-soled boots and derbies—silhouette shifting, height-padding black leather clompers—which made it all the more interesting to see such a propensity of... regular, smart shoes out and about this January. How daring.

Okay, yes, of course, there were trainers, it’s 2020 after all, including special black Adidas Superstars at Nicholas Daley’s psychedelic Afro jam in Dalston and another playground kickabout-inspired Adidas collaboration for Grace Wales Bonner’s tailored homage to South London, the Seventies, and sound system culture, but these were the exception, rather than the rule.

Adidas aside, Wales Bonner sent her models weaving through Lindley Hall in Victoria in high-polish Oxfords and two-tone monkstraps. At E-Tautz, where Patrick Grant has made a name for re-defining just how voluminous a trouser can be, models shuffled along in neat loafers with conspicuously un-chunky soles. Martine Rose, another star-in-waiting of the London scene, took over a North London primary school (her daughter’s, apparently). The shoes, in black and chestnut, were an avant-garde riff on a classic lace-up, with heavily extended midsoles acting as a kind of scaffolding around the leather.

Much has been made of the ‘return’ of the suit, so it makes sense that after years of sportswear domination the smart shoe also gets another go in the great, silly, fashion cycle. Wearing nice, smart shoes, the hottest footwear trend of the year. 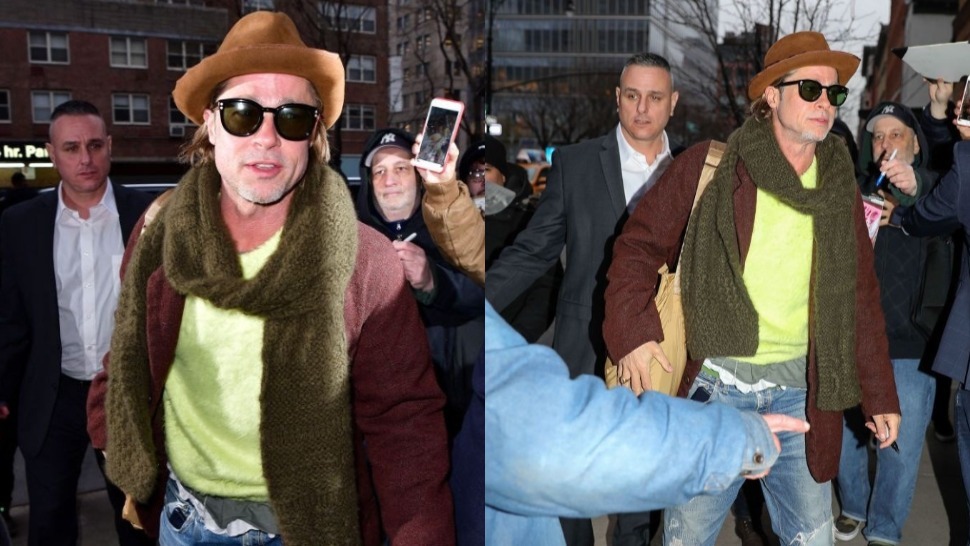 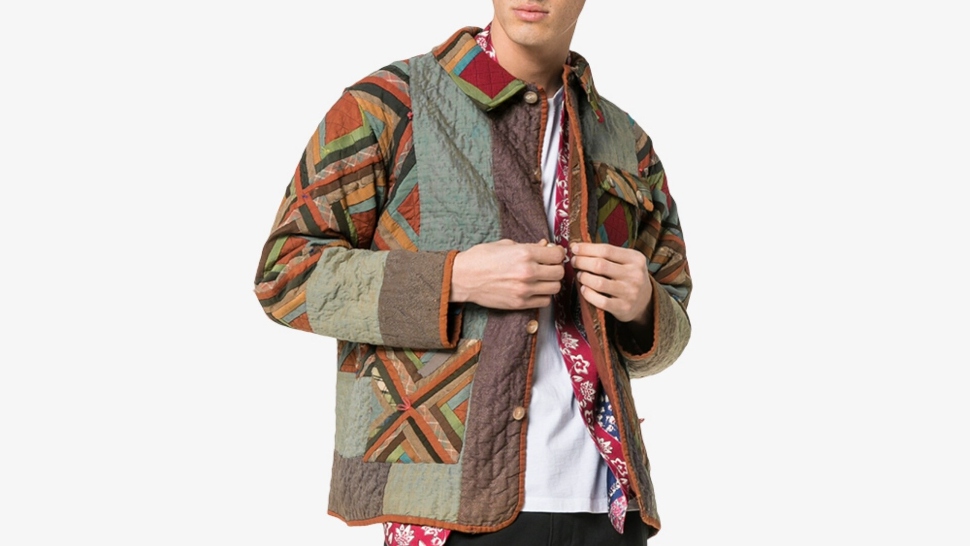