God, Who Wore It Best at the Met Gala?

The saints and sinners of the Met Gala 2018. 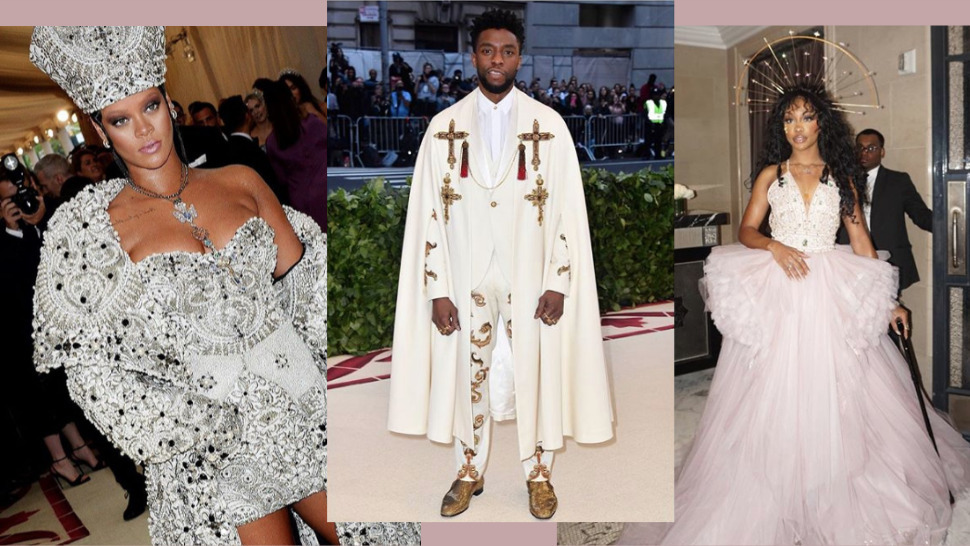 Dear religious readers, does it work this way: Can we ask forgiveness ahead of doing something not good? Like a pre-paid sorry? Because we're going to cast our critical (and very professional) eye on last night's Met Gala, whose tricky theme, Heavenly Bodies: Fashion and the Catholic Imagination, has blessed us with plenty of crazy looks. And it might be funny or sacrilegious? But we still want to enter heaven later. God, are you listening?

Cardi B As Pregnant Catholic Virgin

We have to start with Cardi B because she went in. Not only did she show up in a pearl-covered Moschino outfit that can only be described as what you see when you experience a religious hallucination, she wore the insane dress while being about-to-burst pregnant. In an interview with Vogue, the rapper shares that she wanted to look “very Catholic, because I'm Catholic,” and what is more Catholic than being pregnant?

In The September Issue, Candy Pratts Price referred to Anna Wintour as “...like the Pope” of fashion. Rihanna did not get that memo, because she came dressed as a Pope who only wears hand-beaded vestments by Maison Margiela by John Galliano. (For the record, Anna Wintour came as Anna Wintour in Chanel.) This is okay, because she was a co-host of the gala along with Wintour, Donatella Versace, and Amal Clooney. And she is Rihanna.

If we're going by theme, Boseman is best dressed. (Clooney steals the show in his black tux otherwise.) But man, T'Challa out of costume needs some T'Challa attitude (or Shuri spirit), because in most of the photos we've seen, he looks a little unsure of what he's wearing. With all the Versace motifs present (bejeweled gold crosses, tassels, gold shoes) and a flawless fit, his fashion facsimile of a religious vestment looks great though. Smile. Or brood better.

Katy Perry As Angel You Didn't Pray For

This reminds us of that scene in the very important film Mean Girls when Karen Smith went as “a mouse, duh.” Katy is an angel, duh. (Not a chicken, duh.) It's a lot of look, but in a sea of more inventive interpretations, this is just okay.

If you want to appear angelic, this is how you do it. The dusty pinks and soft layers of Sza's Versace gown makes us happy. Her celestial halo and golden tears are never overwrought, too. They're just right.

At the other end of the spectrum, Collins is either an angsty vampire nun, a sad goth Mary, or, as she describes, Our Lady of Sorrows in blacked-out Givenchy. The bloody red tear drop is bloody genius.

Just gonna insert this here because she looks like a Grecian goddess heading to Studio 54.

Of course, Gucci. Are we bored of this? No. Last night was the most perfect time to reference the savior by dressing as if life is a neverending maximalist fever dream. It was also the best time to make a statement by arriving as a gilded gang with Gucci creative director Alessandro Michele and a wounded Lana Del Rey.

Speaking of sets. This is how you coordinate with your friends without looking matchy-matchy. The Versace jackets are, yes, out of this world, but we are more interested in that diamond chain in the shape of a house.

A lesser creature would have been swallowed by this Valentino gown and Philip Treacy headpiece, but McDormand rose to the challenge, diving into the role of OTT Guest In Big Hat who just wants to have fun.

Last year, he stalked the red carpet with his dreadlocks on hand (as a furry purse?). This year, he decided to honor the tradition by lugging around the gold record for his single, “Icon.” Have you heard of this song? And do you also repeat the same gag twice? 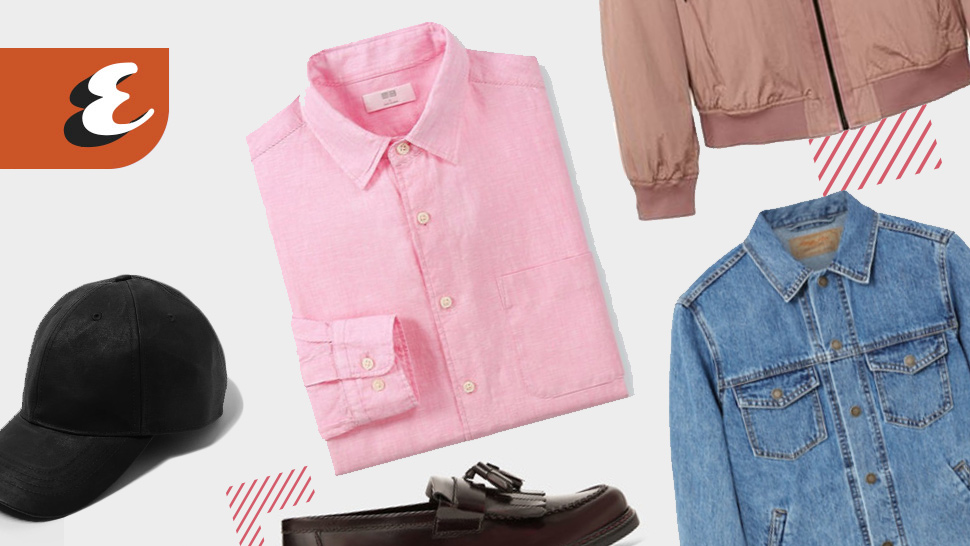 How to Pull off Pastels: Real Men Wear Pink
All Photos
Comments
View As List