Who Is The Most Stylish Man Of 2018? Round Five: Dev Patel vs. Michael B. Jordan

We pit lions against panthers for our latest knockout. 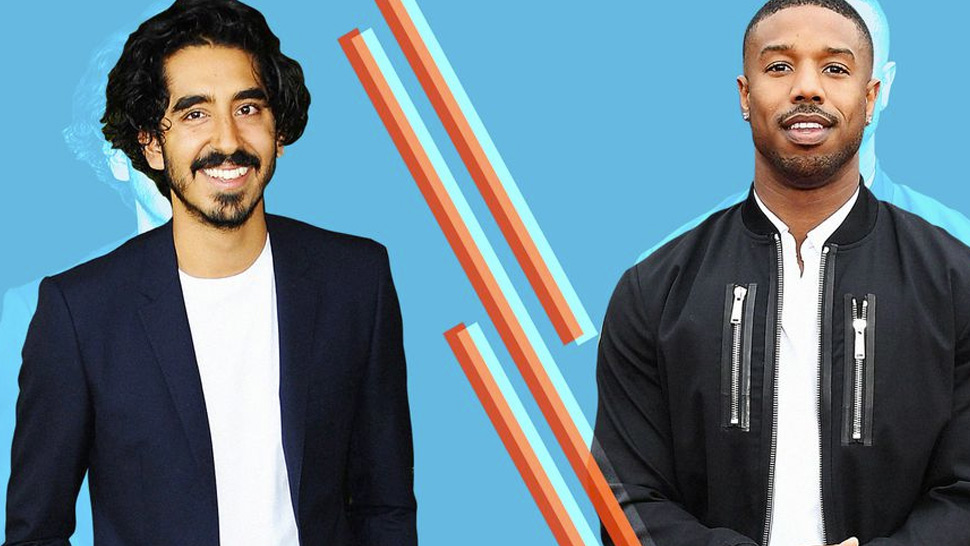 Annual best-dressed lists often make little sense. That's because a whole lot of backroom politics and planning go into them. So this year, Esquire is asking you to decide the Most Stylish Man Of The Year in a tournament for the ages... Last week, Ryan Reynolds eked out a victory over Gosling, and it's onto the next big knockout.

So first, let's look at our Black Panther breakout star. After what's been a stellar year career-wise, Jordan underpinned media appearances with a series of impressive looks, and better yet, found a point of difference for each. Think golden collar tips, a belted blazer or peak lapels that almost outstretched the actor's mighty Killmonger torso—all statement touches, sure, but still restrained enough to appear navigable to non-superheroes. 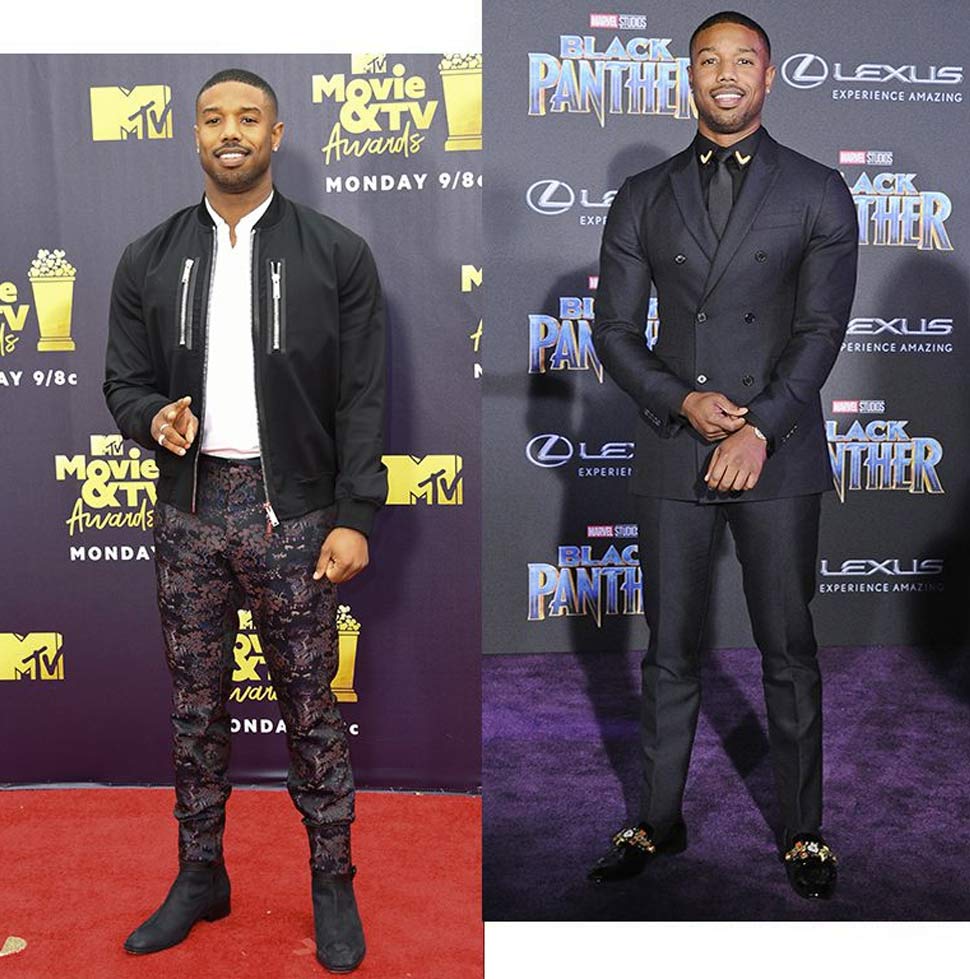 High points haven't all been on the back of the marketing trail, either. This year's Met Gala—the fancy dress party that can so easily play king or clownmaker—crowned Jordan as a serious style icon. The 31-year-old went for a beefed up Beetlejuice courtesy of Off-White, and pulled off what could've been a disastrous look by, again, hinting at statement as opposed to turning up the volume full blast. That sort of stuff is better left to the Jared Letos of the world. 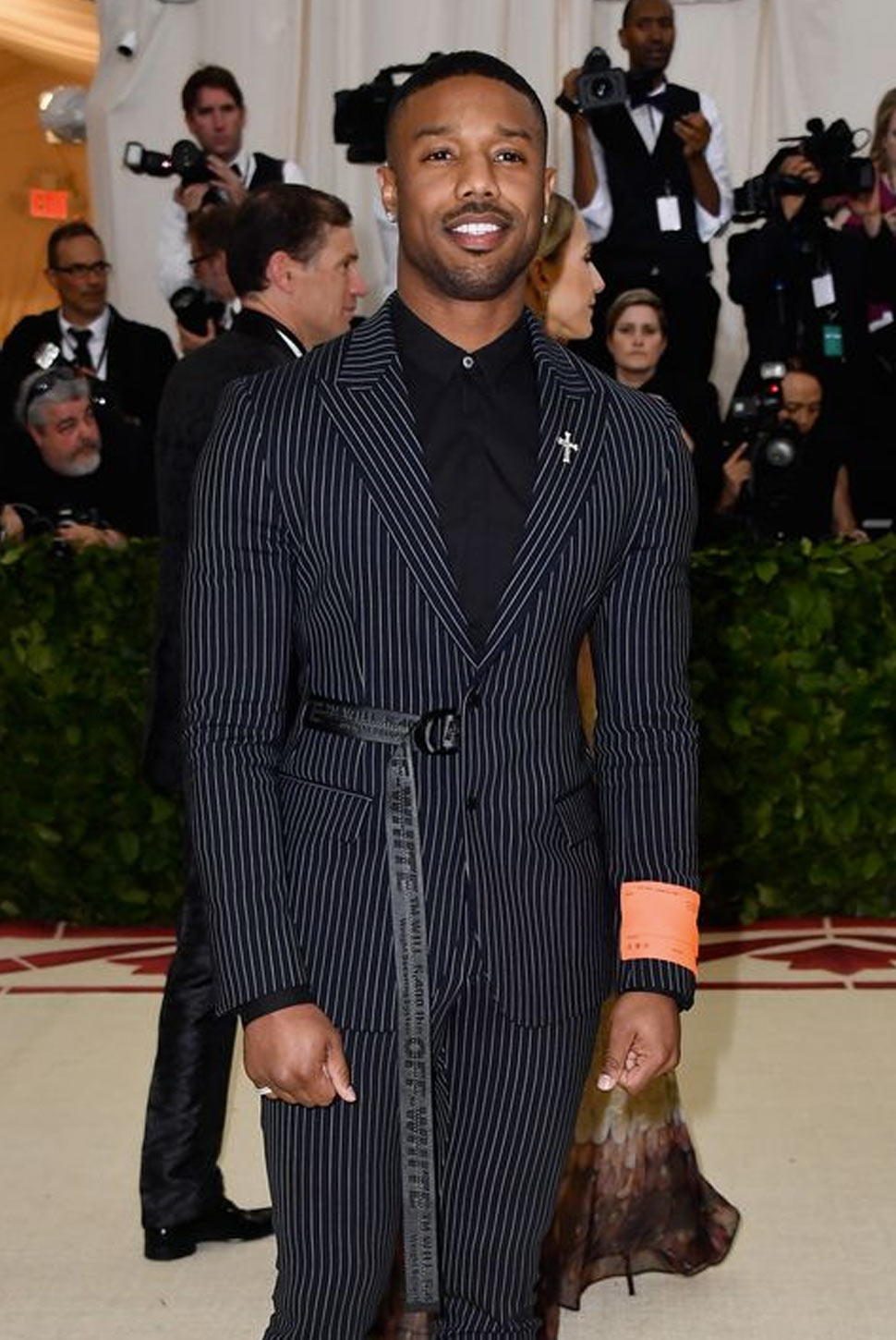 The rule extends to Jordan's casual wardrobe, too. Instead of a simple bomber, we've seen outsized zipper accents. Instead of a straightforward worker jacket, we've seen outsized checks at the BET Awards. And lest we forget Jordan's long-standing inkling for Coach's signature dinosaur sweatshirt—an endorsement that's led to the US label hiring the Creed II star for its latest campaign.

Where Jordan enjoys endorsement from the playful Coach, his rival saw almighty backing from classic Italian outfit Ermenegildo Zegna. Yes, Dev Patel is just as powerful an ambassador, and the British actor proved his mettle starring opposite Javier Bardem in the brand's stylish Defining Moments campaign in August.

Let it be known that such gigs don't come on the back of a forgettable wardrobe. Where Jordan goes loud, Patel plays it down—with devastating effect. Just this month, the Hotel Mumbai star worked the step-and-repeat in simple stripes. Easy enough. Yet by opting for a reworked stripe (and tying his look together with similar shades elsewhere), the 28-year-old proved that staples can be just as impactful. 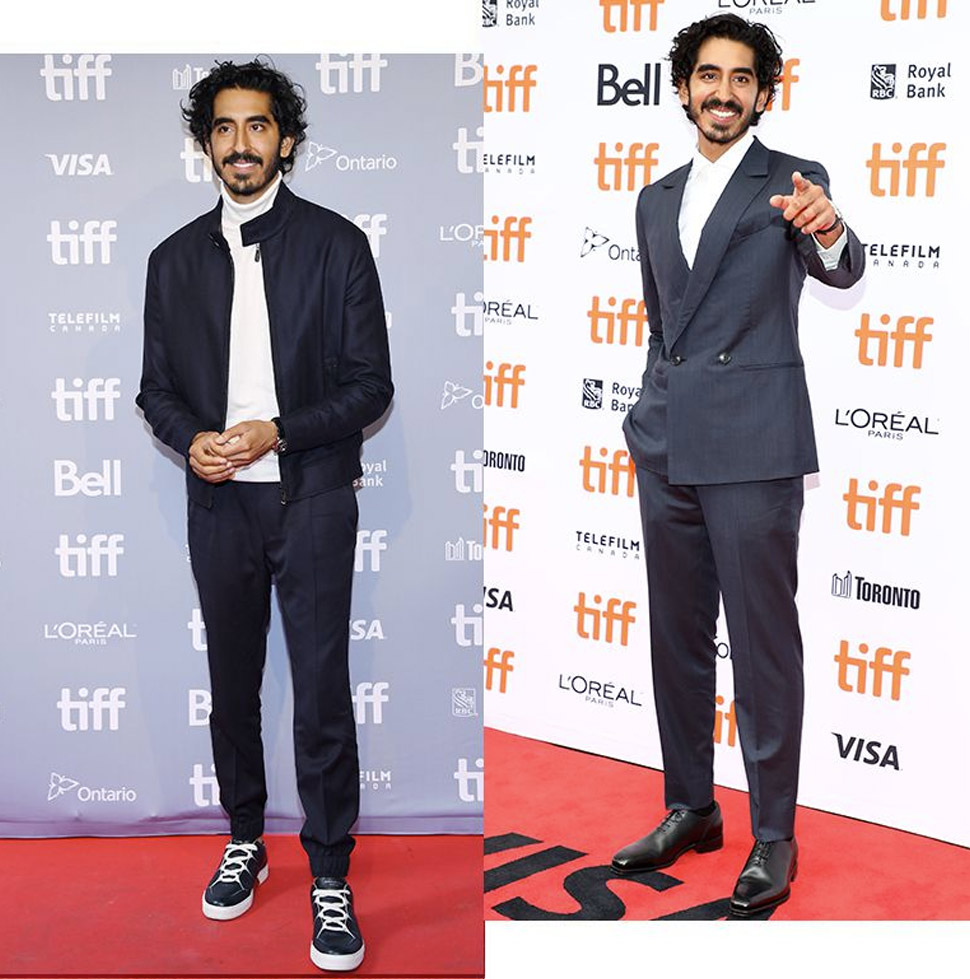 Patel did the same yet again, reworking the classic rollneck at the Toronto International Film Festival, only to prove just as knowledgeable in the world of watches. IWC—another accrued partnership of the Lion star—is a watch insider's label, the kind that gets a deep nod of respect from even the most erudite of watch nerds. Haute horlogerie is tough to crack. True to form, Patel made it look easy.

It's a big turnaround from a man who cut his teeth on Skins (unlike his classic wardrobe, a life of day-glo paint and ill-fitting hoodies hasn't aged so well). And, while Patel may not have the all-American showmanship of his contender, there's a lot to be said for British understatement (not that we're at all biased, of course). 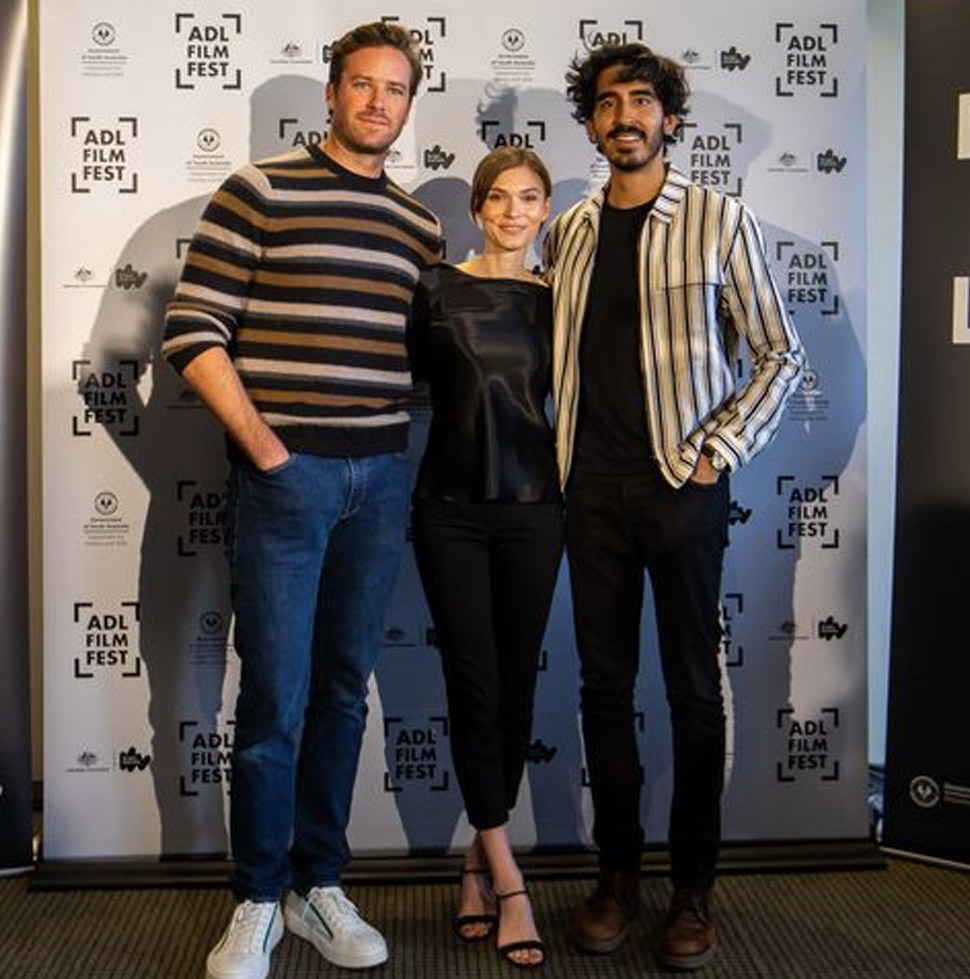 So, which side of the coin do you pocket? Fail-safe peacocking that could bring down a Black Panther, or classic clothing that'll survive this season and the next (and probably the one after that too)? 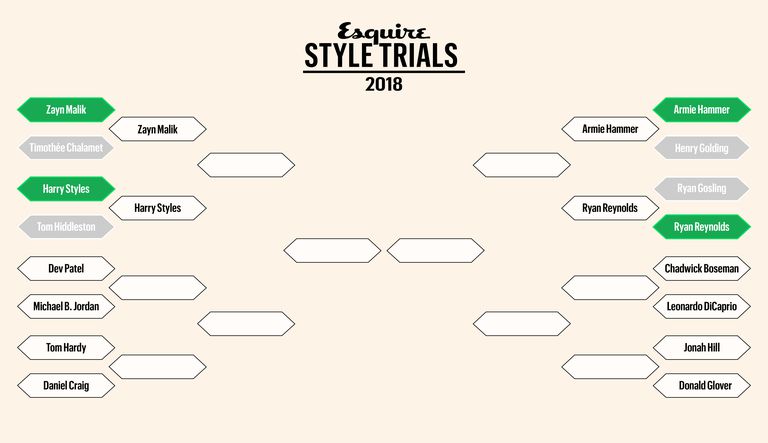 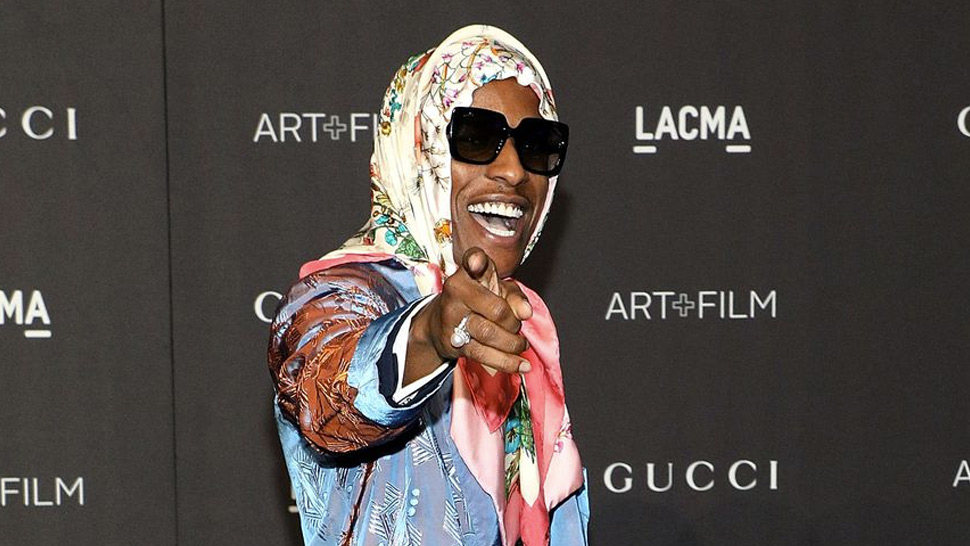 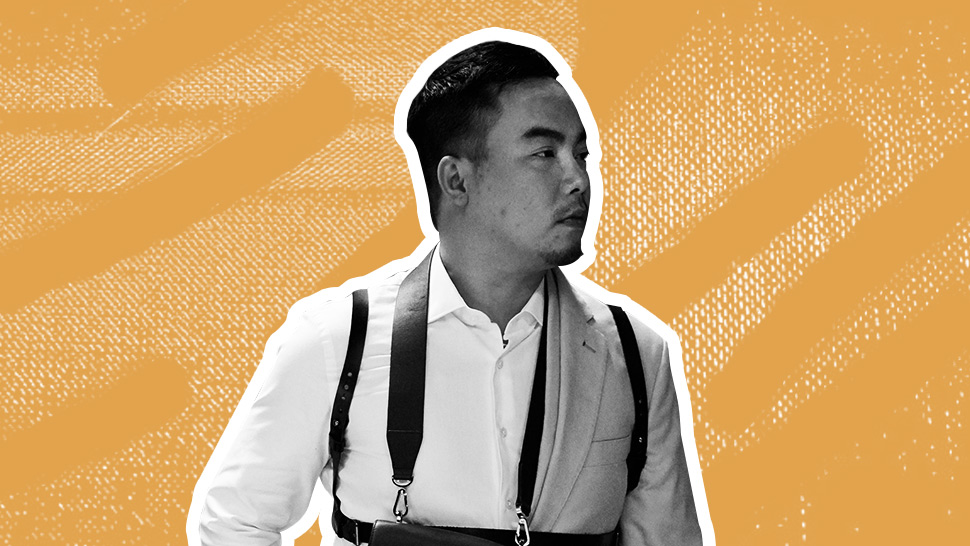 What Ken Samudio, the Filipino Accessories Master, Wears Every Day
All Photos
Comments
View As List