The new silhouette is officially unveiled, and we went inside New Balance's Massachusetts factory to see how it's made. 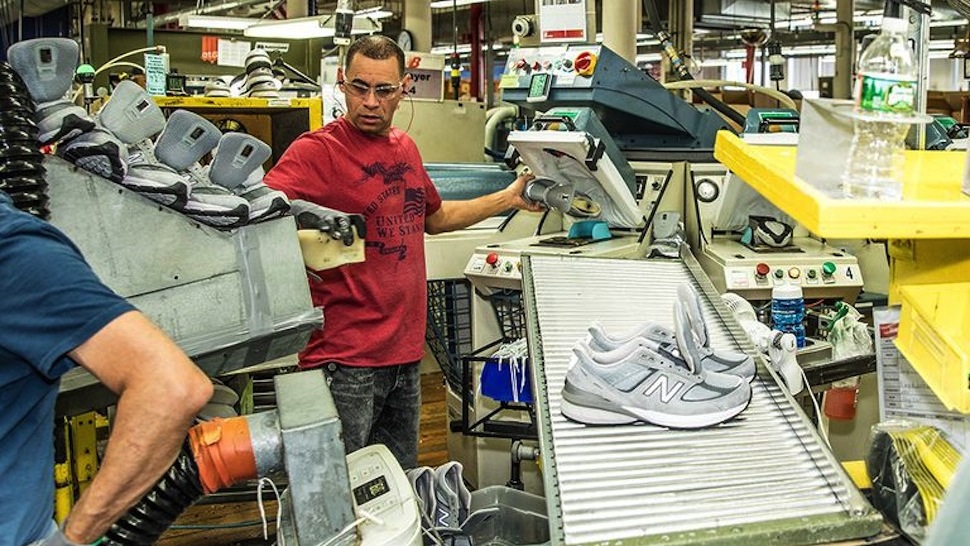 The New Balance 990v5 hasn’t even hit shelves yet, and I’ve already ruined a pair. All due apologies to the sneaker gods, but I pray for dispensation on the basis of a noble purpose: education. For myself, yes, but also for the general public. Because even though the 990—most notably the USA-made 990v4—has enjoyed a pretty wild resurgence in popularity lately, it’s remarkably easy to not think too hard about what actually goes into crafting a sneaker in America today.

That’s why I went to shoe school. Seriously, that’s what New Balance calls it: “Shoe School.” The most recent student to matriculate at the Lawrence, Massachusetts, factory before me? Jaden Smith. (Yes, I felt cool when I learned this.) 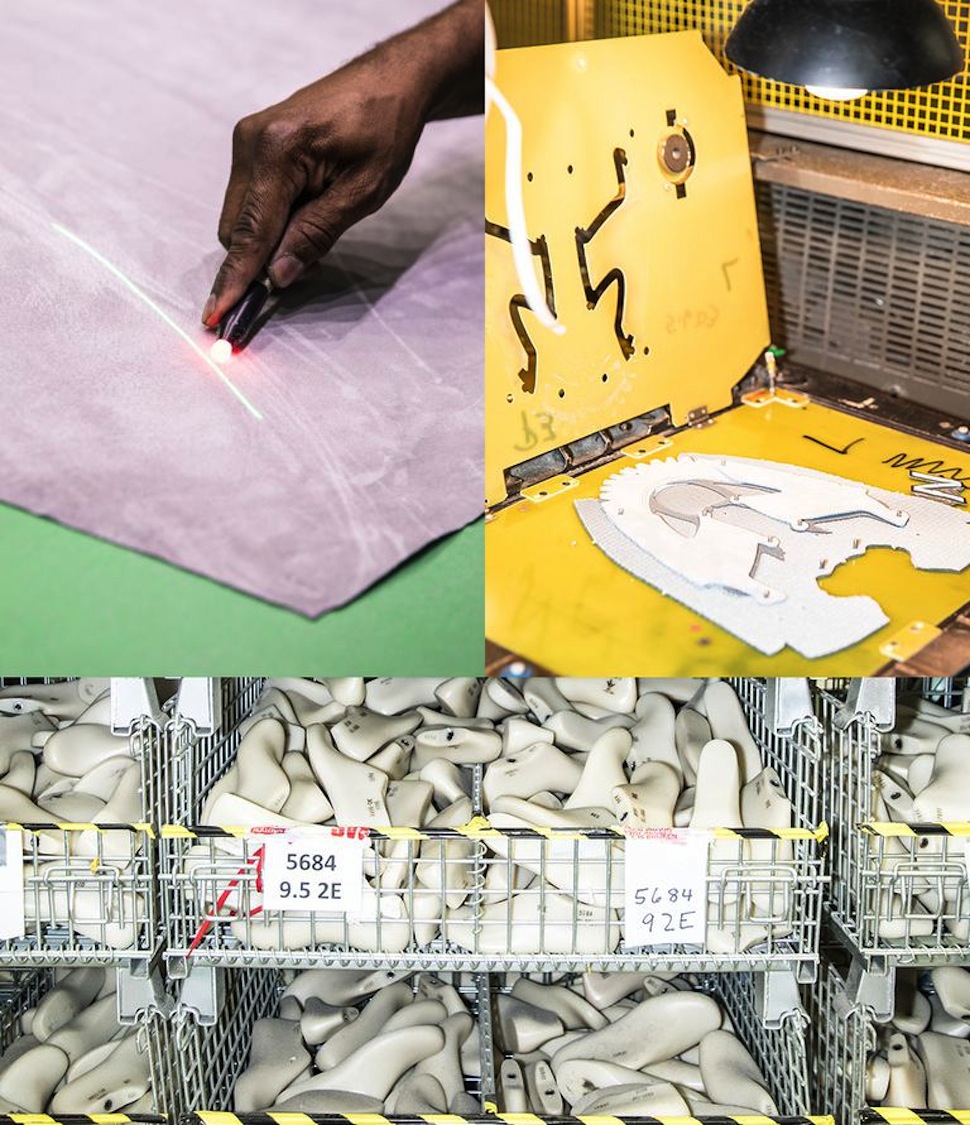 Clockwise, from top left: A worker identifies different thicknesses of suede for different parts of the shoe’s upper; one of the machines on the initial part of the production line; lasts, or foot-shaped forms, used to mold different sizes of sneakers.

Apparently, Smith is skilled with a sewing machine. So when the NB crew let him onto the line to try his hand at assembling a pair of shoes, he did a bang-up job. Me? I completely, utterly botched it. There was laughter, and it was at me, not with me.

But the embarrassment was worth it. Because stepping into the world where New Balance creates American-made athletic shoes—they’re the only ones doing this currently, by the way—is one hell of an experience. 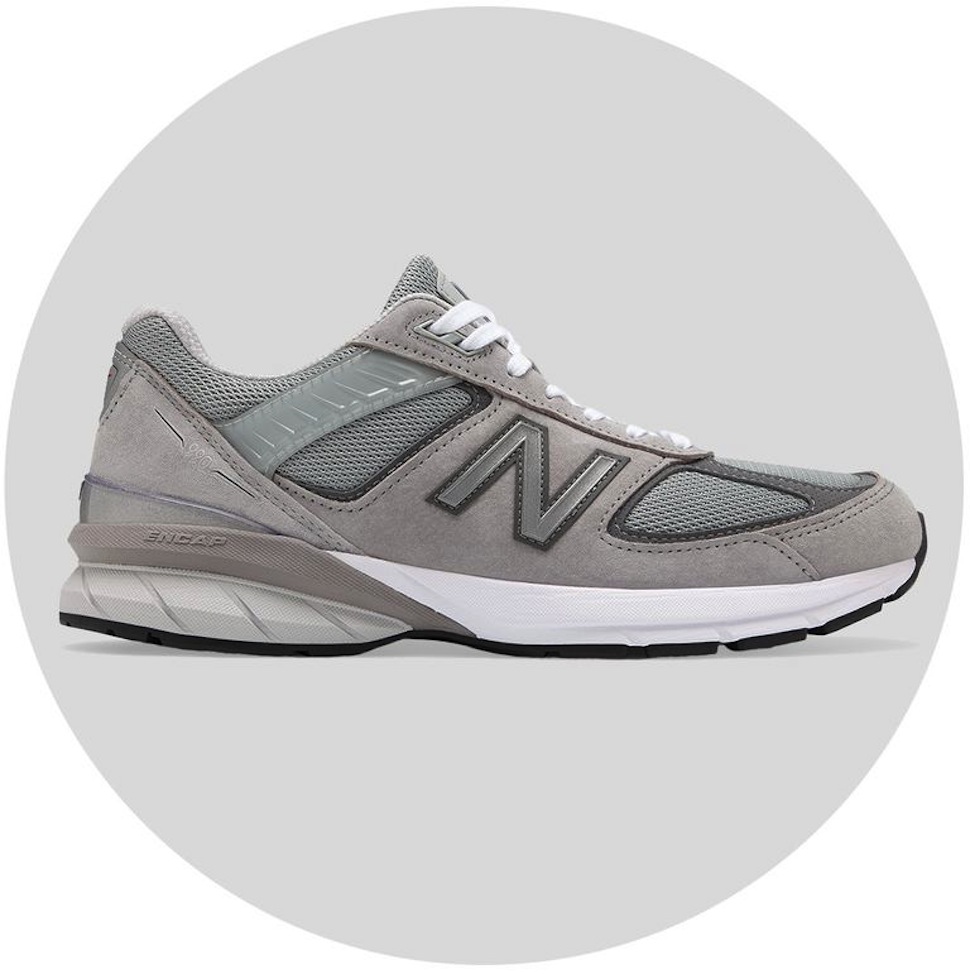 Sneaker School starts off, as so many academic experiences do, with a darkened room and a projector. You learn about the Lawrence factory itself (it houses a gigantic clock tower second only to Big Ben), the folks that work there (many of whom are Dominican, and have worked with the company for years if not decades), and what they make there (the custom NB1 program, for instance, which benefits from quicker turnaround due to the domestic location). And then it’s off to the factory floor, where the main event on my visit was the soon-to-be-released 990v5.

The 990v5 is, as the name suggests, the fifth iteration of the history-making 990 sneaker. The OG version, released in 1982, was the first athletic shoe to break the $100 price barrier. It made waves for that, though any naysayers that are still paying attention would be chastened to know that the style has endured for 37 years.

The v5 still bears a lot of the original’s DNA—that famous gray colorway has been a standby for decades, and it’s one of the launch colorways for the 990v5—but really, the shoe is part of an ongoing evolution. So what you’re seeing with the newest version isn’t too far of a cry from the v4. 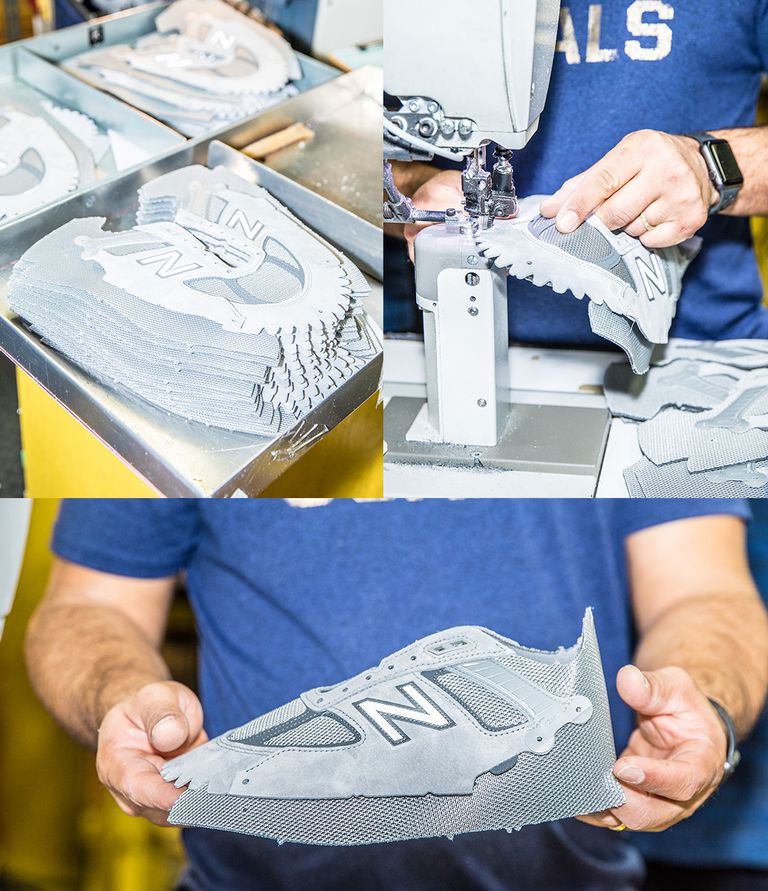 The upper requires skilled hand-work when it gets nearer to completion.

You’ve still got the beefy-but-not-too-beefy midsole, though some of the tooling has been toned down and streamlined on the new silhouette. The toe-box, with its distinctive paneling, is just about identical to its predecessor. And that crucial mix of materials—leather, mesh, and hits of reflective textile—that’s a calling card of the 990 series.

But this is an evolution, and you’ll find that in a new TPU “power strap” around the collar, plus a padded OrthoLite insert (to boost the comfort factor) and some new detailing on the heel, tongue, and foxing. Does it feel considerably different than what came before? That depends on your eye for the little things. It’s similar enough to feel comfortable, but the change in vibe ensures that anyone other than a truly casual observer will notice. (It’ll still wear great with cropped jeans, wide-leg chinos, and all manner of other norm-y staples, though.) 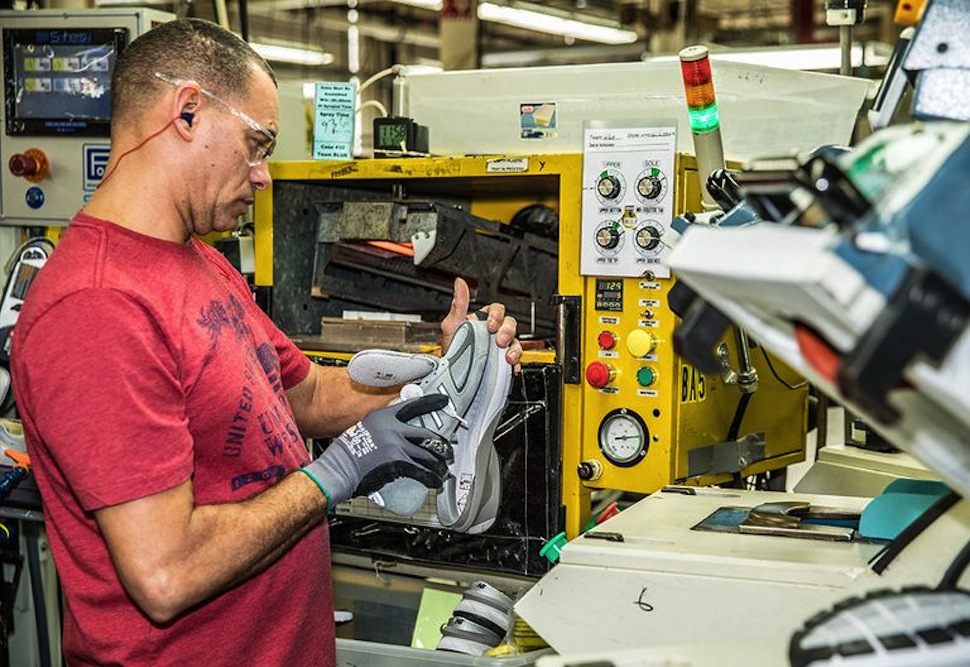 A worker fits the upper and the sole unit together.

The 990v5 hits stores on April 6 in gray, black, and navy. And to celebrate the new launch, New Balance is also putting the shoe on its NB1 customization platform this summer, on June 14. Either way, there’s a very good chance your pair (should you choose to invest) will come from the Lawrence facility, though it could also hail from one of the brand’s factories in Maine. Either way, it’ll be made by some impressively advanced machines paired with even-more-impressive human expertise. 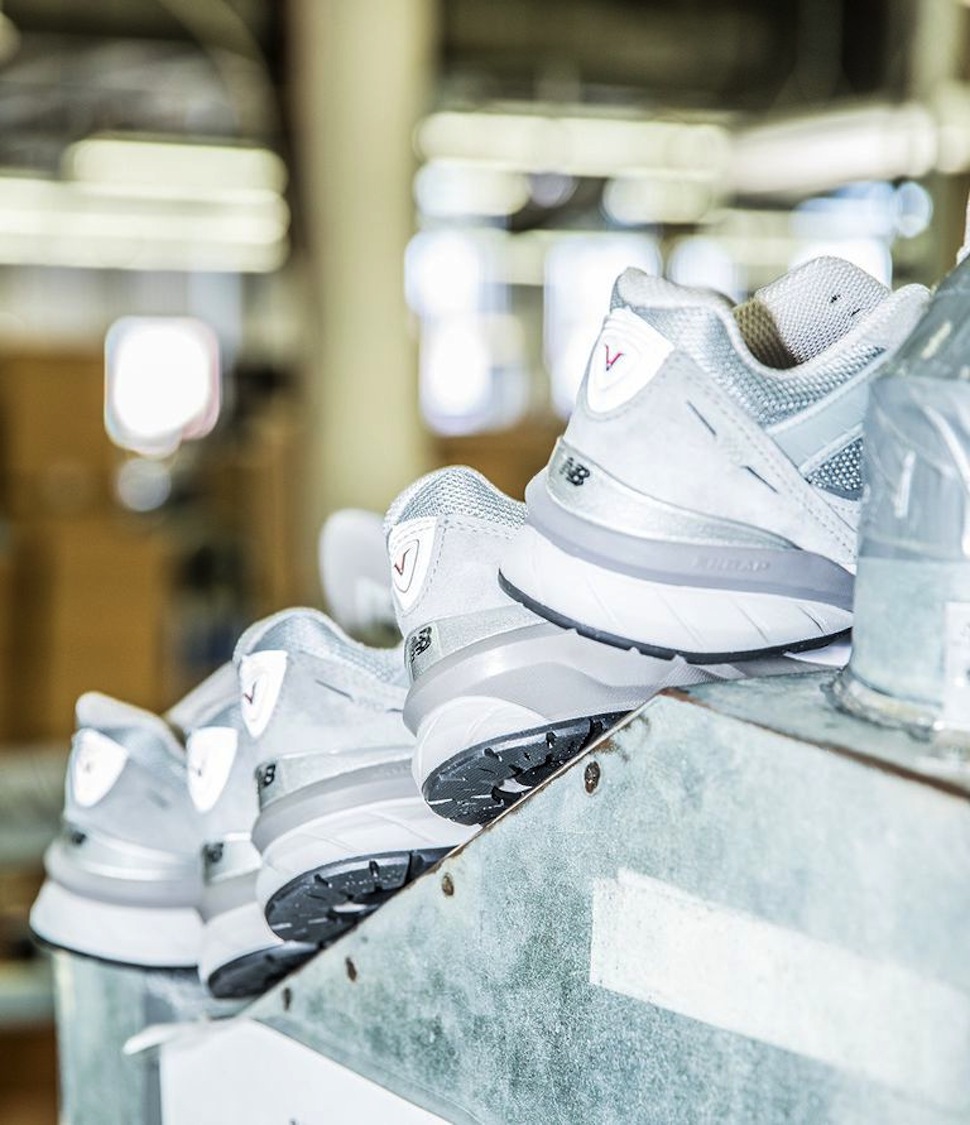 About that expertise: The pair I ruined was a women’s size 8. The factory was set up for that size on the day I learned the lesson that I’m not very good at sewing a heel-counter to the rest of a sneaker’s upper. So if you happen to be that size and miss out on a gray pair come early April, my apologies. I did it for a good cause. 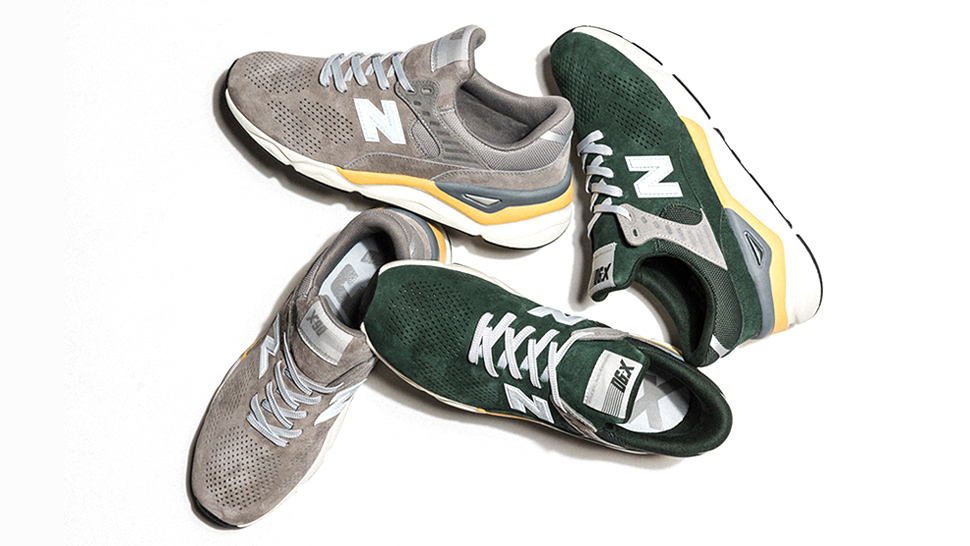 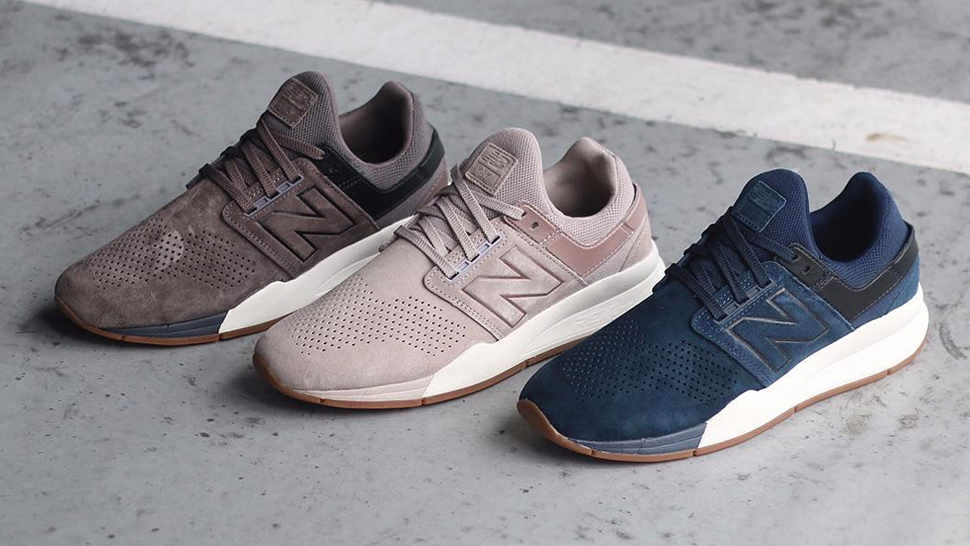 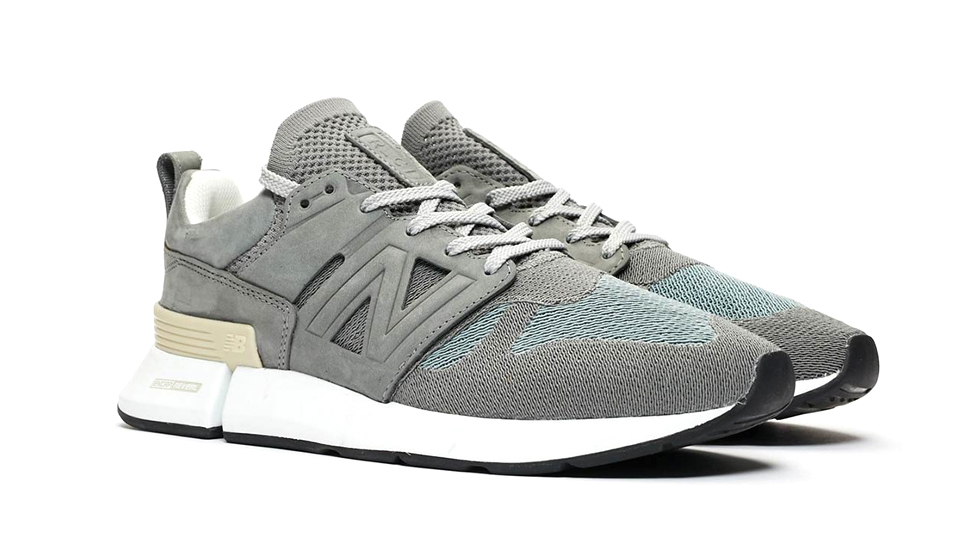 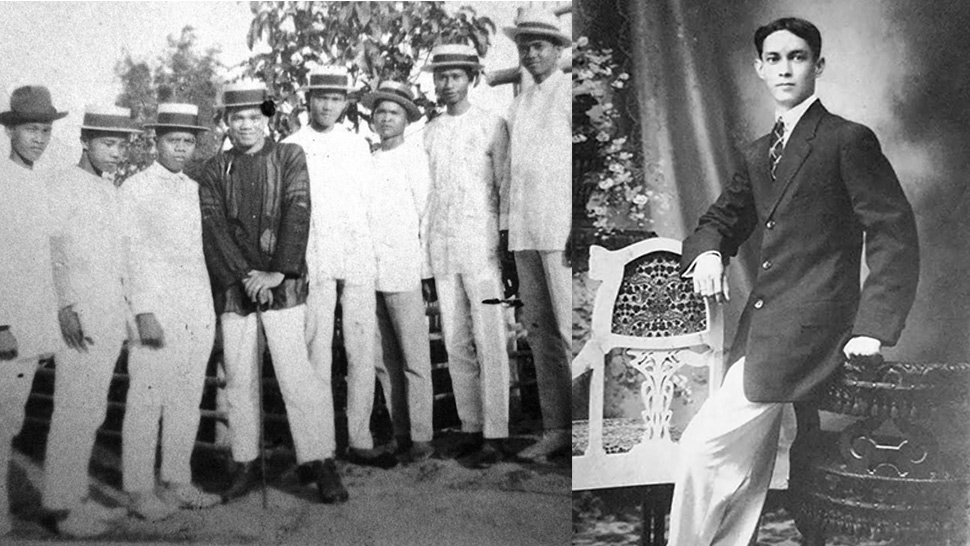 Americana vs. Camisa: The History of Filipino Men's Fashion 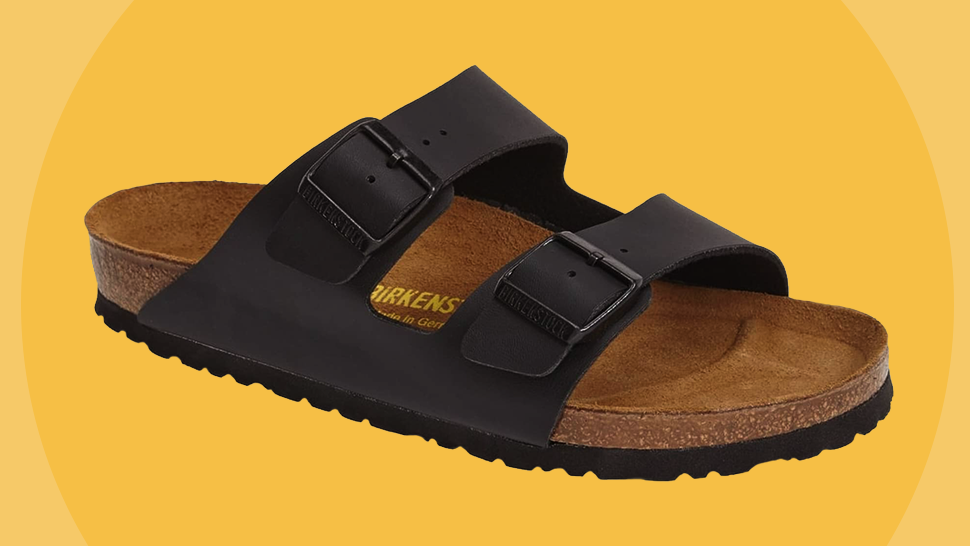 I'm Done Resisting the Birkenstock Movement And You Should Be, Too
All Photos
Comments
View As List