It's called the "Special Field Air Force 1," and it's damn good. 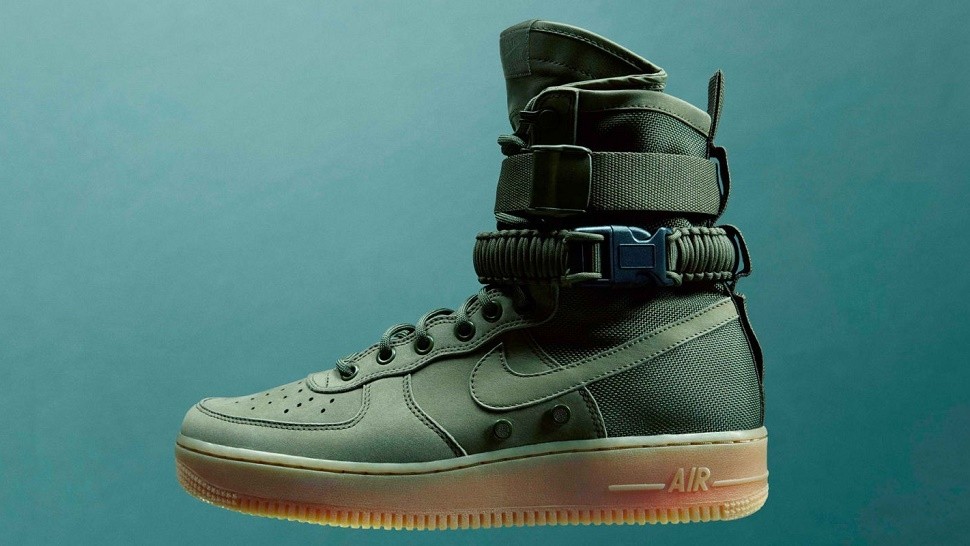 Unlike infinitely remixable Swoosh staples like the Dunk and Air Jordan 1, the Air Force 1 has rarely been improved by throwing weird colorways or exotic materials at it. The AF1's a haiku poem of a sneaker, its beauty and power flowing out of its elegant simplicity. Dipping it in patent leather and digital gradients is like dumping a two-liter of Mountain Dew Code Red on a Mark Rothko painting.

Or at least that's how it seemed until today when Nike dropped the Special Field Air Force 1 and turned our world upside down. 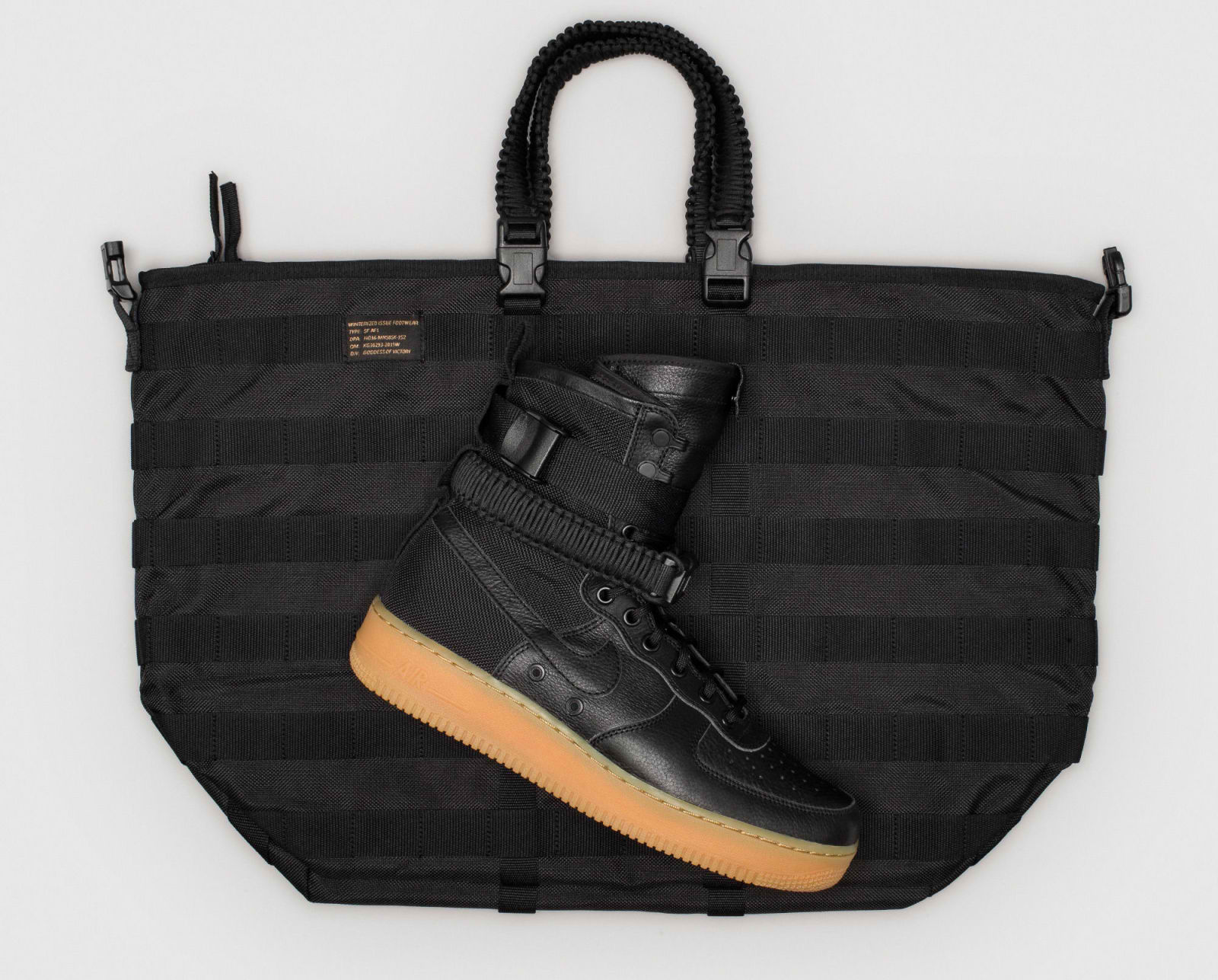 The SF-AF1 looks more or less like a standard AF1–albeit with a gum sole and an upper rendered in monochrome leather and ripstop nylon–from the sole up to the ankle, where it suddenly turns into a military-inspired boot with an adjustable ankle strap, a second strap made of braided paracord (which you can remove and use as the handle for the tote bag that comes with each pair), and an "espionage pocket" in the tongue that definitely isn't there for weed-storage purposes. 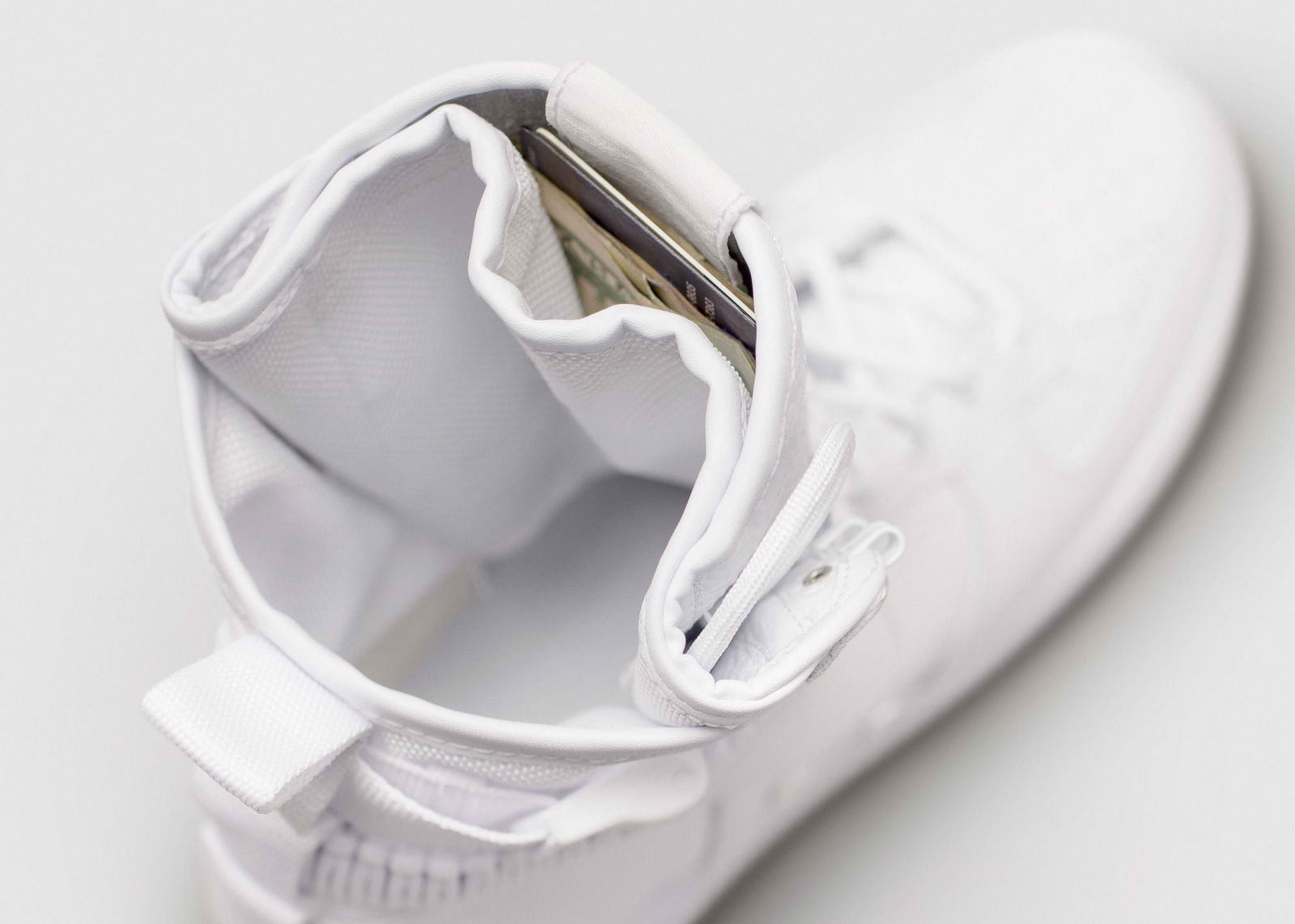 It's a weird-sounding shoe on paper. The even weirder part is that it not only somehow works, but looks absolutely flames. It's not just a perfectly timed entry into the about-to-explode military boot wave (which Nike's already been doing great work in); it also shows the kind of inventiveness and design smarts that have been conspicuously missing from a lot of the company's recent new releases.

The men's version of the sneakerboot will be available in "Faded Olive/Gum" and "Black/Gum" on Nike's SNKRS app and at select retailers starting November 5 (with a mono white version available exclusively at Complex Con in Long Beach on November 5 and 6)—though apparently rising-star rappers with jaw-dropping new albums get to skip the line.

This story originally appeared on Esquire.com, and appears here with minor edits have been made by the Esquire Philippines editors. 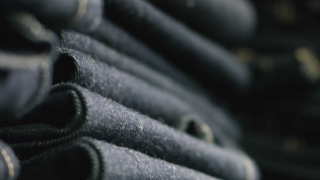 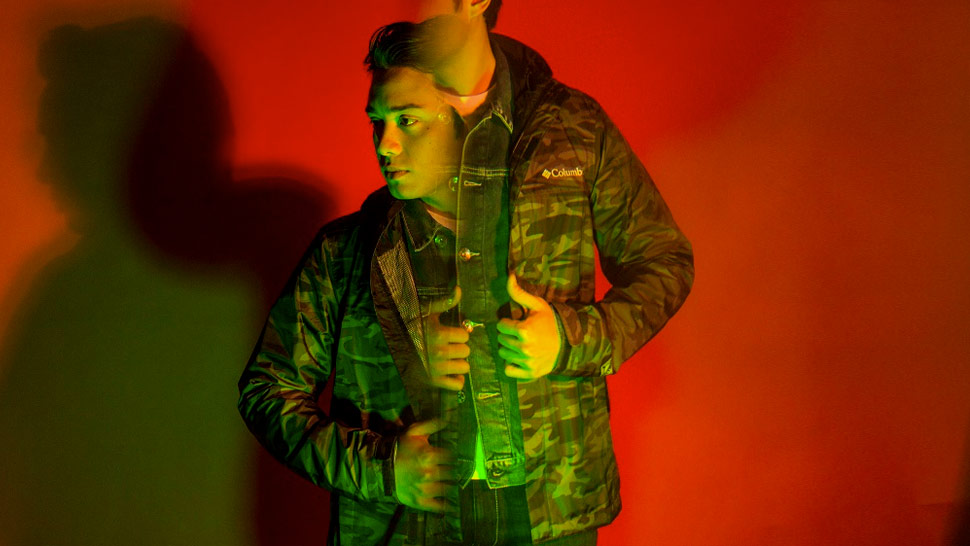