Thieves' Common M.O.s and the Bags That Thwart Them

Keep sticky fingers at bay with these solutions. 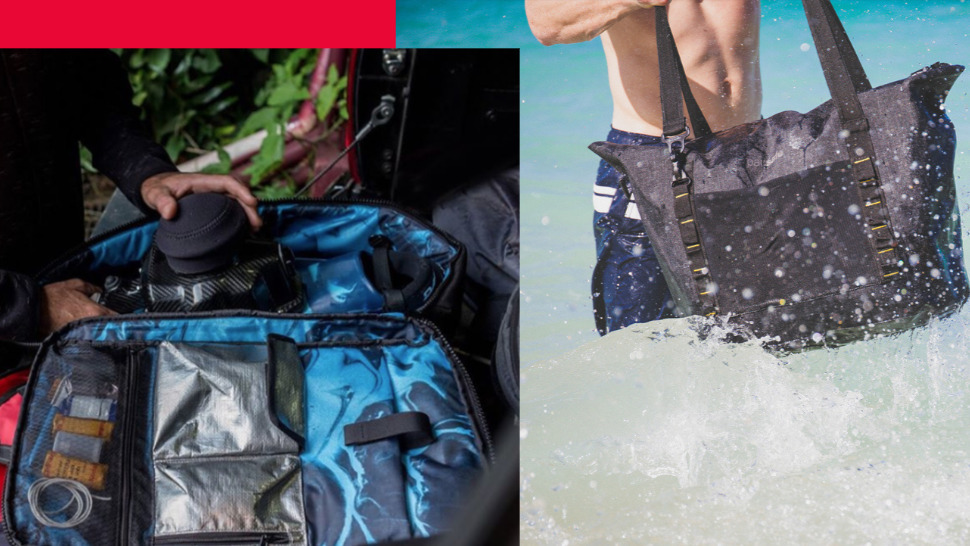 On film, sticky-finger activities look cool, especially when, for example, you are Brad Pitt in Ocean's 12, looking like a style and grooming god (silk shirts, close-cropped hair, bone structure), making his way through Europe as he steals a fancy egg.

But it's not at all cool when it happens in real life with you on the other side as the subject of theft. You feel stupid and scared, and it takes away from the special moments you're trying to create as these ugly situations usually occur while you're on a wonderful vacation, wide-eyed and slack-jawed, on an unfamiliar street in a very crowded place.

We're not trying to scare you (promise!), but this is the reality: In this big, big world, there are a very bad people who would like to get your money, expensive gear, or even worse your identity (more on that below) through rude means. So here, with the help of Pacsafe co-founder Magnus McGlashan, who recently dropped by Manila, we present a few common cons and the possible wards against them.

CON #1: EXCUSE ME, KIND SIR
You're walking through a crowded street in Italy, and someone comes up to you: “Oh, can you help me with this?” Guess what happens next? “Someone [else] is behind you undoing your zipper, putting his hand in, and taking your camera or wallet. You don’t even know it until your home, and it's gone,” says Magnus.

The Solution: The Zipper That Needs Two Hands To Open
“This is called the Roobar,” he says while zeroing in on what looks like a cross between a mountain climber's carabiner and a this-means-business gate lock on the top of the Venturesafe sling pack. Magnus joins two zippers together (they fit into each other mechanically), slips the now-united zippers into bar of the Roobar, and locks it off.

The point is: With this centralized locking point, it requires two hands to unzip the zips. If a scammer tries to open your bag, he won't be able to do it—and also, you'll feel it. What happens next is maybe a karate chop to the thief's neck.

CON #2: TINKLE, TINKLE, LITTLE COINS
“I was in London...someone dropped some coins, and all the girls at the table grabbed their handbags. I was like: 'What are you doing?' Well, that’s a scam,” says Magnus.

While everyone's looking at the poor schmoe who dropped his bag of coins, conmen would sneak up from behind, scoop up bags on the back of chairs, and walk away. This is the moment when you should reflect on the many times you just left your bag on your seat or the floor.

The Solution: The Strap That Keeps Bags Grounded
“We always have one [part of] the bag that you can undo, put around a fixture, and lock off,” says Magnus.

This is a strap or cable that you loop around, say, the leg of a chair or any immoveable object. There's also wire in the straps so it can't be cut off. Possible applications? Think of when you need to take a leak while in a coffee shop. You can now go release all that caffeine back into the wild with the knowledge that your bag will stay put.

CON #3: IN THE REALM OF FREQUENCIES
A scammer with an RFID reader can skim personal information from your RFID-enabled credit card, debit card, or passport as you walk by. You won't even know that a crime has been committed because it happens through the invisible realm of radio frequency. The perpetrator sits far away and his crime is contactless.

The Solution: The Metal Blocker That You Possibly Need
RFID blocking has been available for years, but most manufacturers use tin foil laminate, which Pacsafe thought could be improved. They spent up to two years looking for a material that makes sense and lives up to their standard of innovation until they found what Magnus only describes as a metallic material that is used against radiation.

But, hey, is RFID even a big thing? “It’s definitely happening, and people are losing their identities. How problematic it is? Who knows? But why not have it?” he says. “It really comes to: 'Do you need the security all the time? …You’ve got the option.'”

CON #4: THE CUT-AND-RUN
You’re making your way around a popular night market and, before you know it, marauders have sliced through the bottom or sides of your bag. “They'll put their hand in or let stuff fall out. Grab it and run off!” describes Magnus.

The Solution: The Wire Cage That Is The Bane Of Cutters
“That’s what the Exomesh is designed for: to prevent slash-and-run thieves,” he continues. Because if your bag is equipped with the cut-resistant tech, you'll have nothing to worry about, except for a damaged bag—but your goods will be safe!

The one-and-half-millimeter thick mesh that surrounds pieces like the Travelsafe X15 is like a cage, chain mail, or “a very secure wire container.”

The big question now is: How did all this innovation in specialized bag safety—a category that did not exist before, notes Magnus, and of which Pacsafe continues to be the leader despite many copycats—come about?

It's important to know that it was a pair of very experienced travelers (and best friends), Magnus and co-founder Rob Schlipper, who developed the 20-year-old Australian company. They love travel, but “hate to hear stories where people have their passports or wallets stolen. It's not fun.”

The beginnings of Pacsafe was, in fact, born of an un-fun situation. “[Rob] was in a country that was in a dangerous situation and they got evacuated by the consulate” says Magnus, who would not reveal the country, but only says this happened in 1989. “When their bags followed him to Bangkok, it was filled with newspapers and bricks, and had every single bit of stuff taken.”

From that ugly experience, Rob set out to find a way to secure a backpack, which were then just flappy affairs with no zippers, especially for backpack travelers. He wanted to create a bag that can be left in a tiny hostel or placed on the roof of a bus in India without worry. He wanted a system that just prevented thieves from getting into a bag, grabbing its contents, and then stuffing it with bricks.

Today, Pacsafe is present in 33 countries—including the Philippines, where its first ever brick-and-mortar store was established in Glorietta 5—and continues its innovation in the field of making-you-not-worry-about-bad-things. After all, as Magnus puts it, “you want to have a great time.”

One last story: One late and tiring night many years ago, Magnus was at a busy train station in Milan, carting around a trolley bag and carrying a cross-body computer bag. He was late and only had five minutes to figure out which platform out of the countless platforms on the departure board (which was in Italian!) he needed to get to. And of course, there were lots of people around, whizzing by and banging against him and his luggage.

“But I didn't have to worry about them. I knew because I clipped my zips off and I have wire in my straps, so they can’t come unstrapped. I can concentrate on what I needed to do, and that's to get on this train.” he recalls. “That was a wonderful feeling! Let Pacsafe do the worrying for you. Enjoy that once in a lifetime trip and remember it for all the right reasons.” 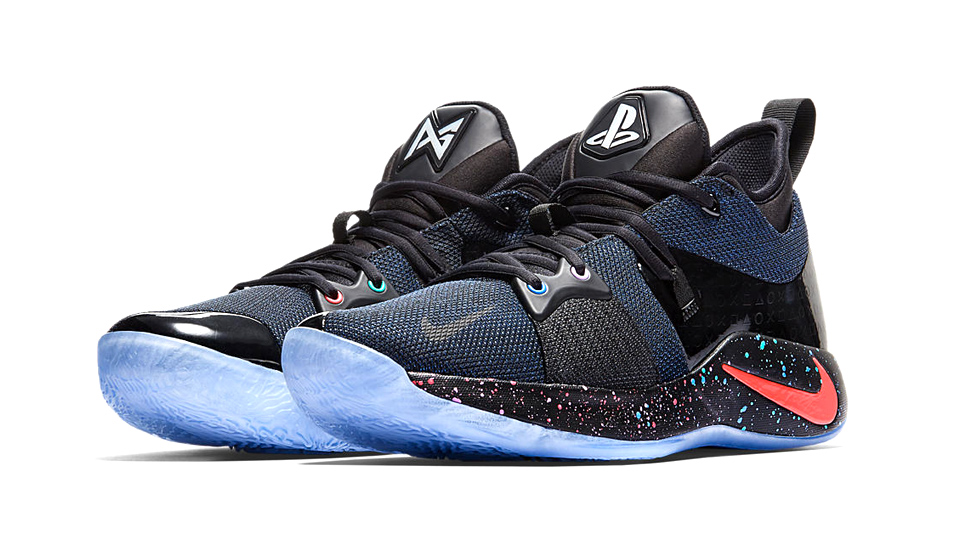 Nike Transformed The Playstation Controller Into A Pair Of Trainers, Because Why Not? 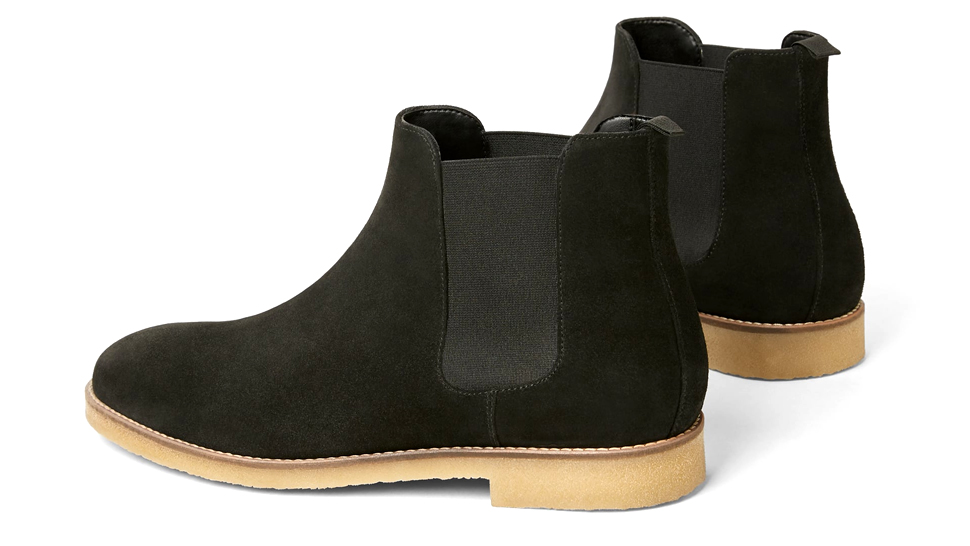