The popular subreddit turned 10 this week, and it's still helping guys improve their style-sans trolls. 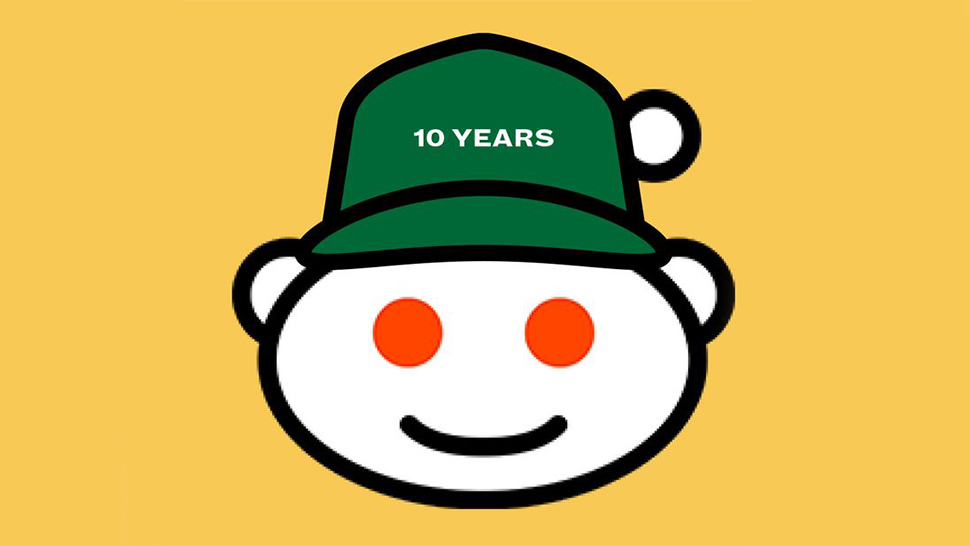 The Internet is not often a place for , productive discussion. But Reddit’s style-focused Subreddit, r/, has been and remains one of the few prominent places on the Internet that fosters real discussion. There are a few things that make that possible, like Reddit's discussion-friendly format, a clear set of rules (and the enforcement thereof), persisting engagement, and general positivity.

Honestly, it's a pretty special spot. And in honor of the group’s 10th anniversary this week, we're taking a look back at what it has done right—and how it just keeps getting better. 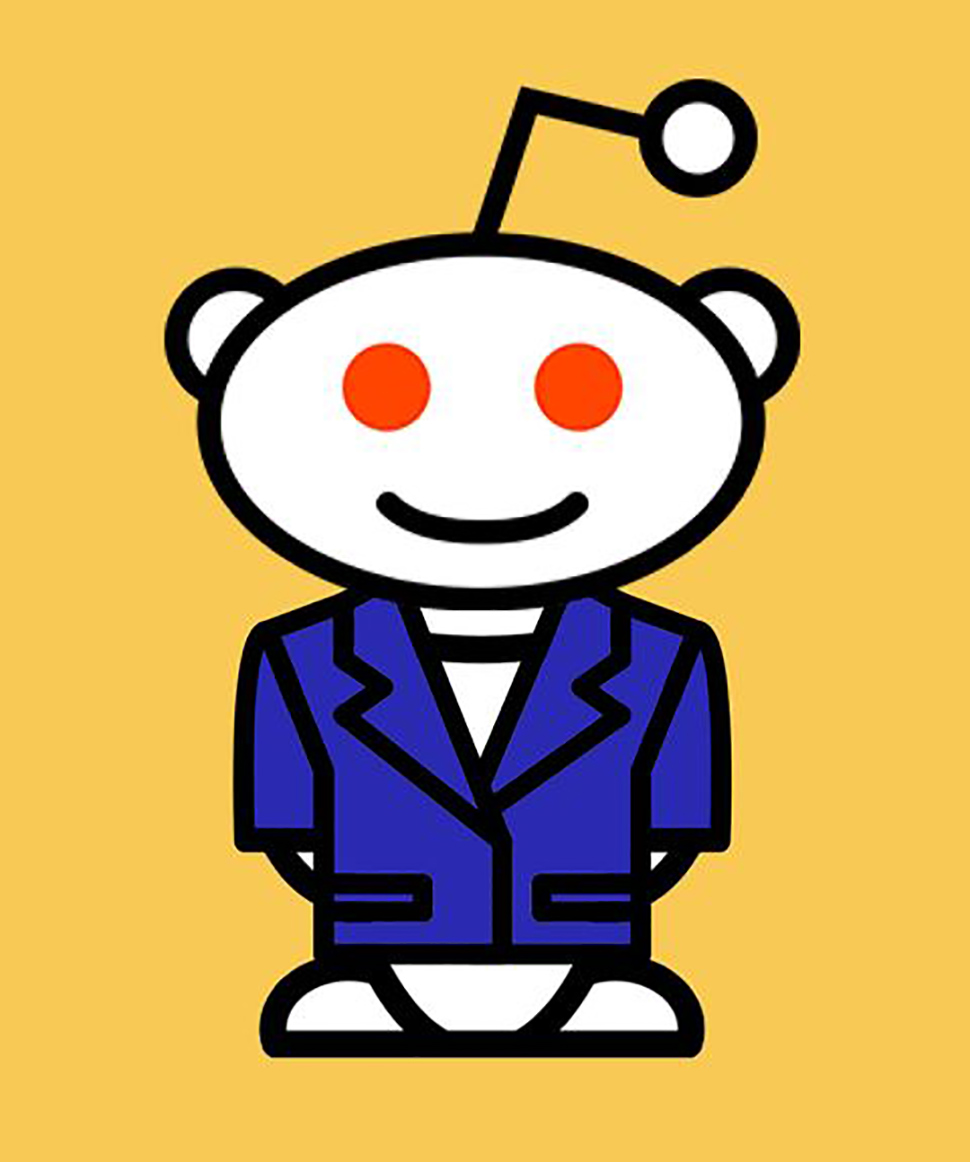 “There used to be online menswear forums but they were archaic,” says moderator Nay Jones. “Reddit was easy to get into and it was clean. No one was trying to sell you stuff—just regular blokes buying and sharing stuff that they like. It’s special and weird.”

Part of what makes it weird is what makes it important: The Subreddit is not run by industry experts or stylists. There’s a hard stance on blocking spammers and marketers and brands. The advice comes from regular people who aren’t necessarily trying to look stylish but rather to just not look bad. That's what makes it so accessible.

Founder Jeremy Wagner-Kaiser started the Subreddit 10 years ago after going off on another thread with other users about fashion advice. “I had a huge inclination that I was dressing like a slob,” he says. “It was created explicitly to give advice to people who don't have any idea what they're doing. We want them to have clear, straightforward answers.” That means learning what outfits are considered business casual, how pants and shirts should fit, and what shoes are actually worth investing in. 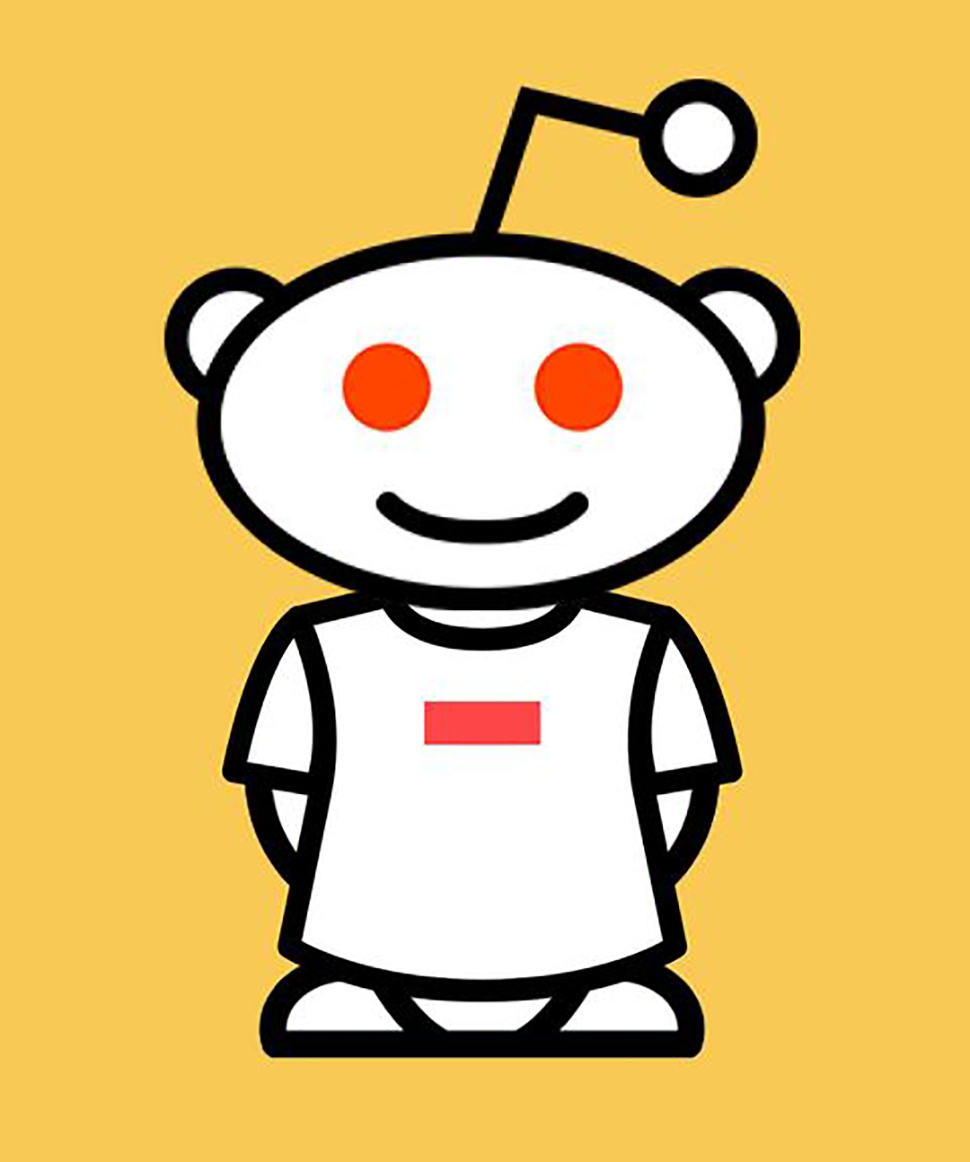 The main mission—giving and receiving advice—is built into the fabric of the community. You can feel the earnestness, the genuineness of the community, through all of the threads. A guy posts a photo of his outfit and asks if it looks okay; the community responds with things like, “This part is good but next time, change this up,” or, “It might’ve worked better if these pants were hemmed a little more.”

“People feel it’s a genuine space where the people responding are knowledgeable,” says Jones. “They’re not afraid to ask, because they know the answer they’ll get is right and respectful.” A big part of that has to do with the culture that its leadership and members established and maintained over time. But that feeling—that you could ask and be answered, without being flamed—wasn't always the standard.

"They're not afraid to ask, because they know the answer they'll get is right and respectful."

Other forums that existed at the advent of MFA weren't necessarily accessible to the regular newbie. Places like NikeTalk, Superfuture, Styleforum, and Ask Andy About Clothes might've offered good style tips, but they required thick skin to accept. There was an issue with elitism and seniority, where some members felt you had to have a certain level of fashion knowledge and forum to raise your hand. And if you looked a little off while doing it? Well, gird yourself; flames are coming.

MFA blew up because it softened the blow, instead offering a kind of advice that didn't require feeling less-than or getting laughed at. Even if you did look like a slob—and a lot of newbies do—the community let you down in a nicer way. It was the perfect recipe for bringing new guys in and giving them a place where they might want to actually stick around.

Founder Wagner-Kaiser credits active, interested members in propelling its mission forward. It’s the one place where novices and hobbyists alike come to talk, share, and learn about style. Those different perspectives, which all find common ground in giving and receiving advice, have created a community that fosters genuinely thoughtful conversation.

“It's the lifeblood of the community,” he says. “What people will often show up for is advice. Once they feel like they understand it, one of two things happens: They’ll read it, leave, and that’s it. Or, they find it’s a topic they enjoy, and they hang around. The ongoing discussion allows people to be there on a more regular basis.” 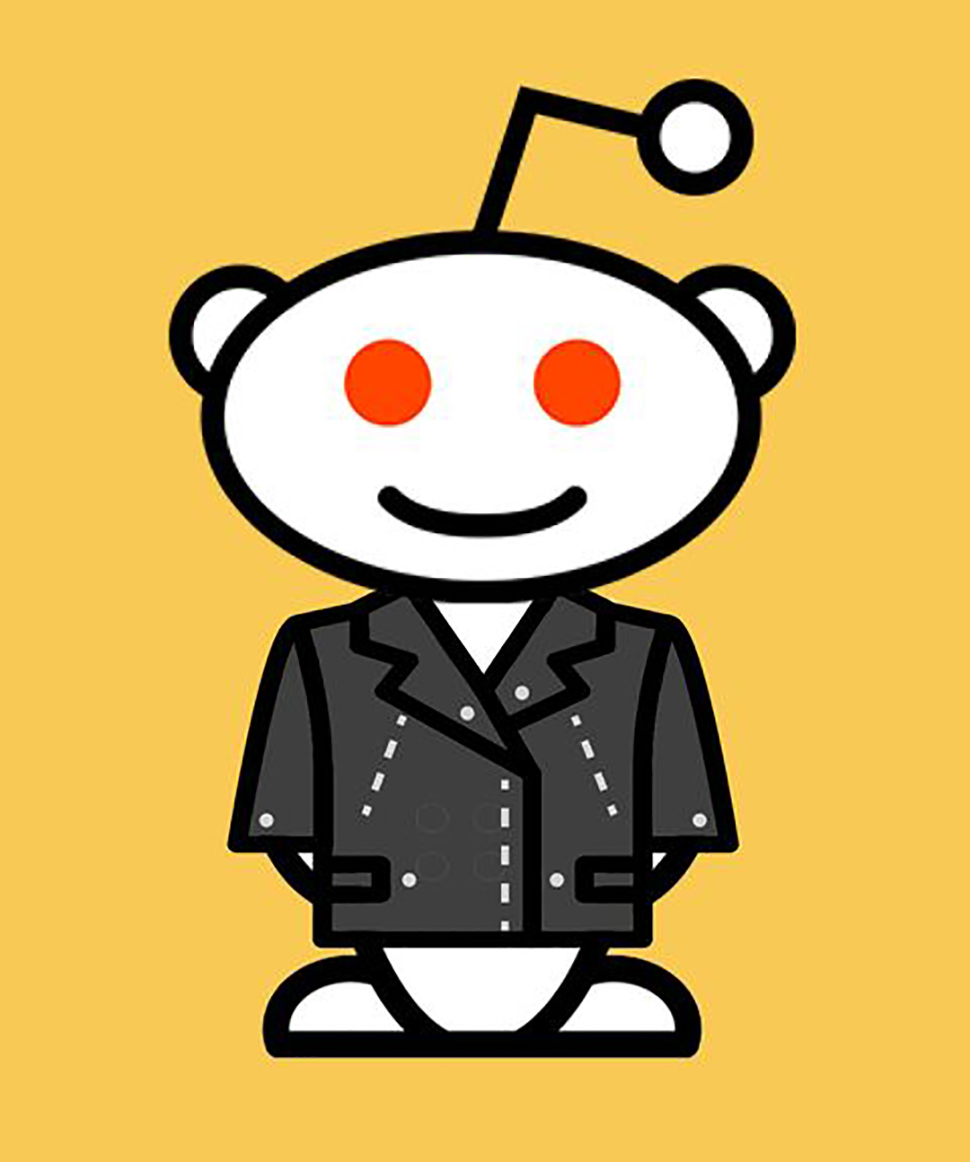 Because of Reddit’s platform, this consistency in respectful conversation has receipts. New members are able to come into the conversation, poke around, and understand the kind of topics, information, and interactions that are normal and appropriate here.

“This is a Subreddit that has both a strong stream of new users and the older core members that have kept it going on for a long time,” says moderator Walker Livingston. That’s in part due to how the actual page is organized, too. Moderators and members have put in work over the years to establish a home base of information that both new and returning members can reference.

“There’s a wheel of content around them so they can go learn whatever they like,” says Livingston. “Men’s fashion changes at a glacial pace, so it’s far easier to reference back to and not have to constantly update it.”

The clear-cut guardrails help, too. As with many Subreddits, the front page shows a list of rules that members must follow to stay part of the community. There’s zero tolerance for personal insults and attacks, marketing, and spam. These rules are clear, and they are enforced.

“We block a lot of people,” says Livingston. “We take an aggressive stance on weeding out [people and content] that doesn't belong. For a minute, we had some men's rights activists trying to come in and post about their stuff. They can very kindly fuck off. With Reddit, the tools to organize the conversation are a lot easier. There's a general sense in the community of what’s okay here and what’s not.”

"For a minute, we had some men's rights activists trying to come in and post about their stuff. They can very kindly fuck off."

“I would give a lot of credit the community leaders who were about it,” says Le. "There are rules that they enforce and are diligent about following up on it. It started with having 'advice' in the title; most people are coming here to understand a topic, and they make it an easy place to break down and understand information. All the credit goes to the leaders who are on a mission to keep it that way.”

While MFA has been and continues to be a great entry point for style beginners, it’s also set an example for what a productive, interest-based community can look like. Now, there’s a whole world of men’s style-focused Subreddits that have followed its lead, like r/streetwear and r/. 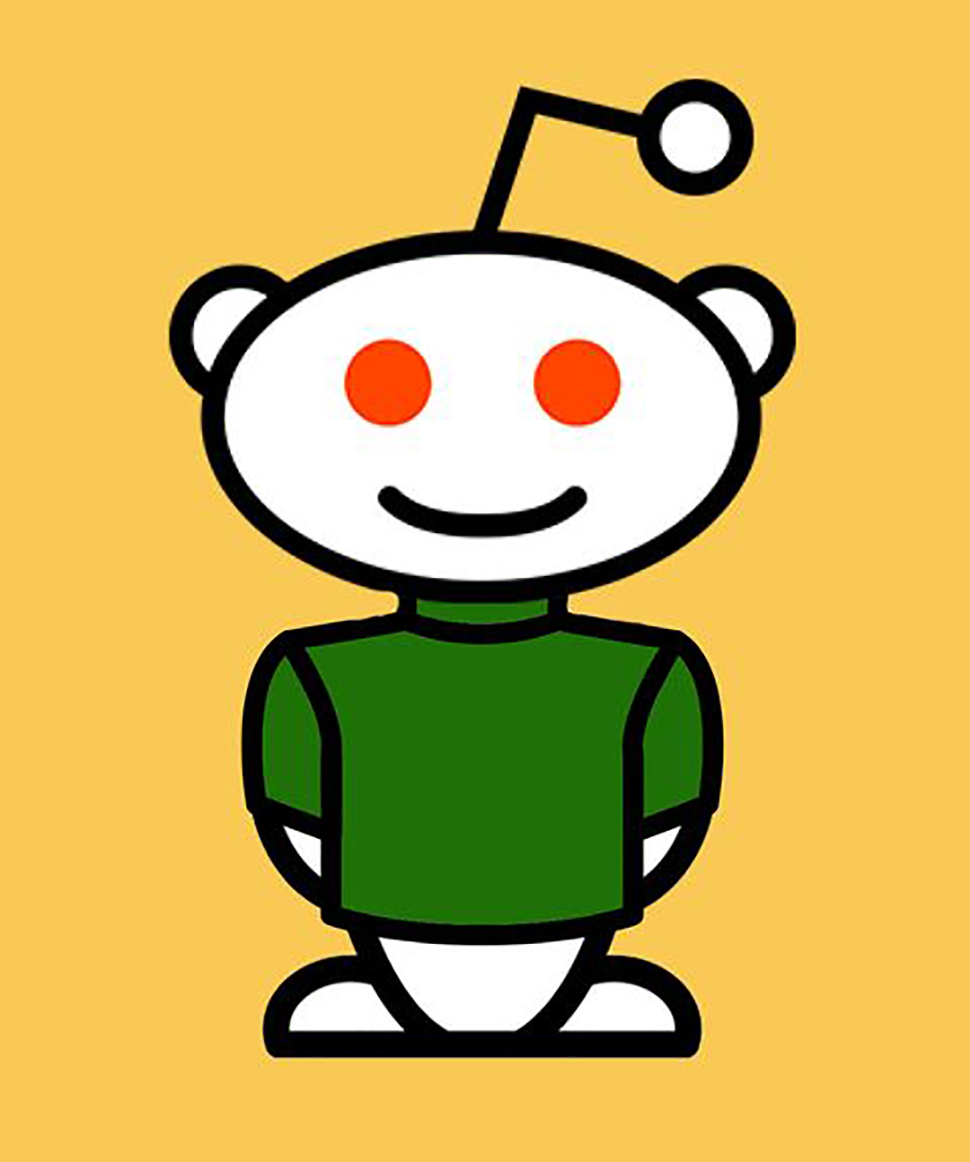 “I think of MFA of this great umbrella community that gives you a good look across male fashion in general,” says Le. “There’s sort of a virtuous cycle where the [productive] discussion in MFA led to the emergence of these other communities.”

And if those other communities have anything to learn from this one? It’s about sticking to a mission while welcoming different points of view. It’s also about contextualizing what you’re discussing. And it's about having patience and understanding and maintaining respect, even behind the anonymity of a screen.

“There's a range of people who come to this place,” says Jones. "Some want style as and others come here because they want a shopping list for a new date or a new job. You have to be respectful of all those views. And as a community, we’re not afraid to look in the mirror ourselves. When I started, I thought I was the bee’s knees. And then I found out that, hey, maybe I’m not dressing the best or don't know the most. We’re not afraid to poke a bit of fun at ourselves. At the end of the day, it’s all just clothes and fashion.” 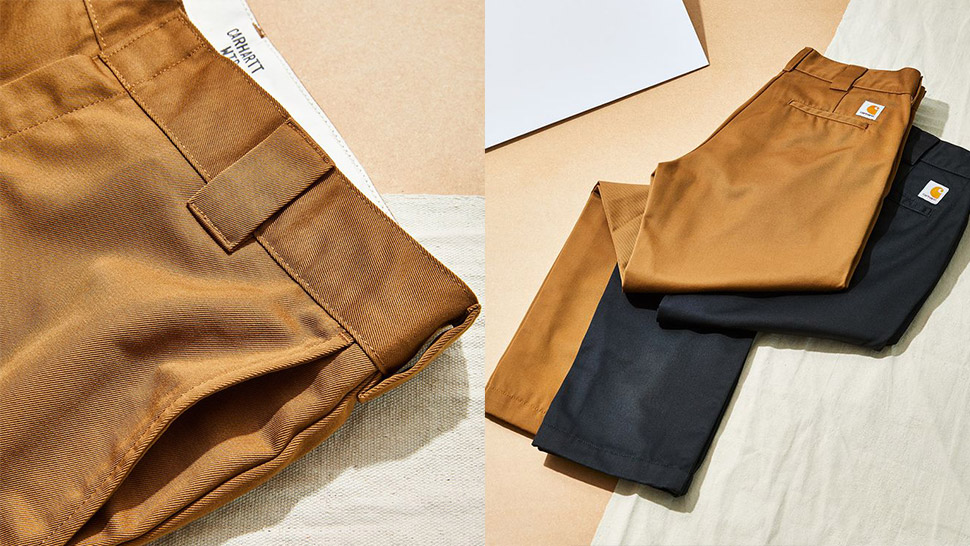 The Perfectly Fitted, Workwear-Meets-Streetwear Pants It Took Me Years to Find 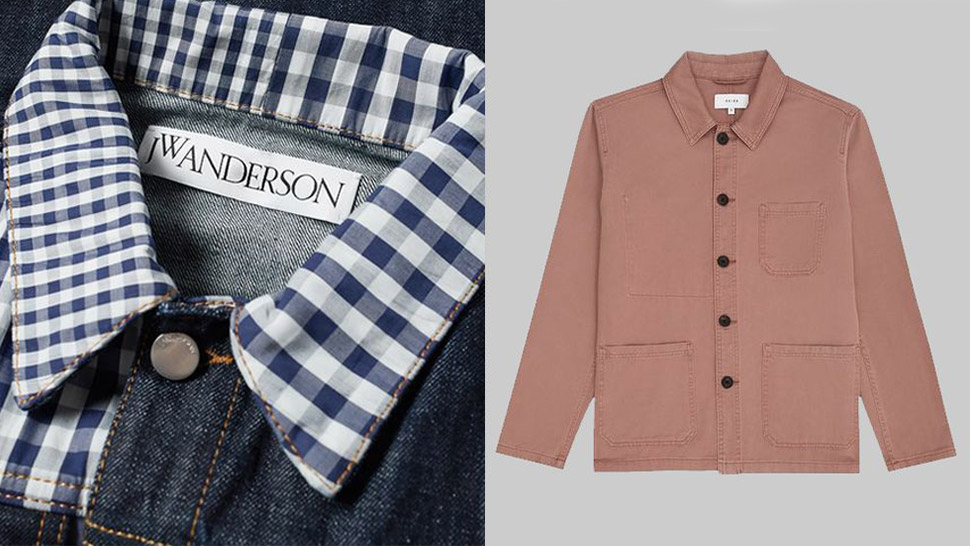 Rejoice: Jacket Season Is Upon Us Once More
All Photos
Comments
View As List