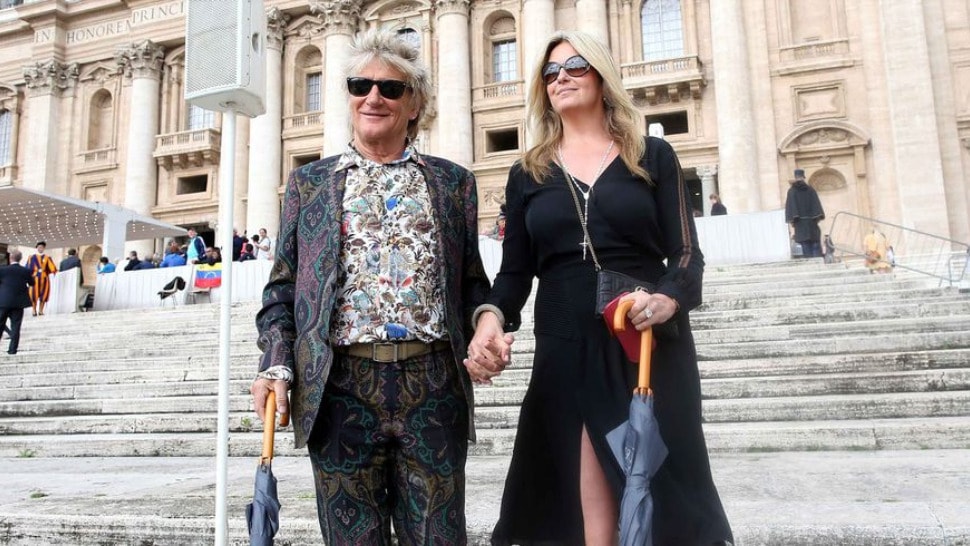 Did you know that Rod Stewart has been knighted? It's true! He is not merely "Rod Stewart," but "Sir Rod Stewart." I did not know this until today. But it makes sense, because Sir Rod Stewart is a national freaking treasure. Who else but this man would dress up like the love child of Carnaby Street in the '70s and your grandmother's favorite drapes to meet the Pope? No one! That's why he's Sir Rod. 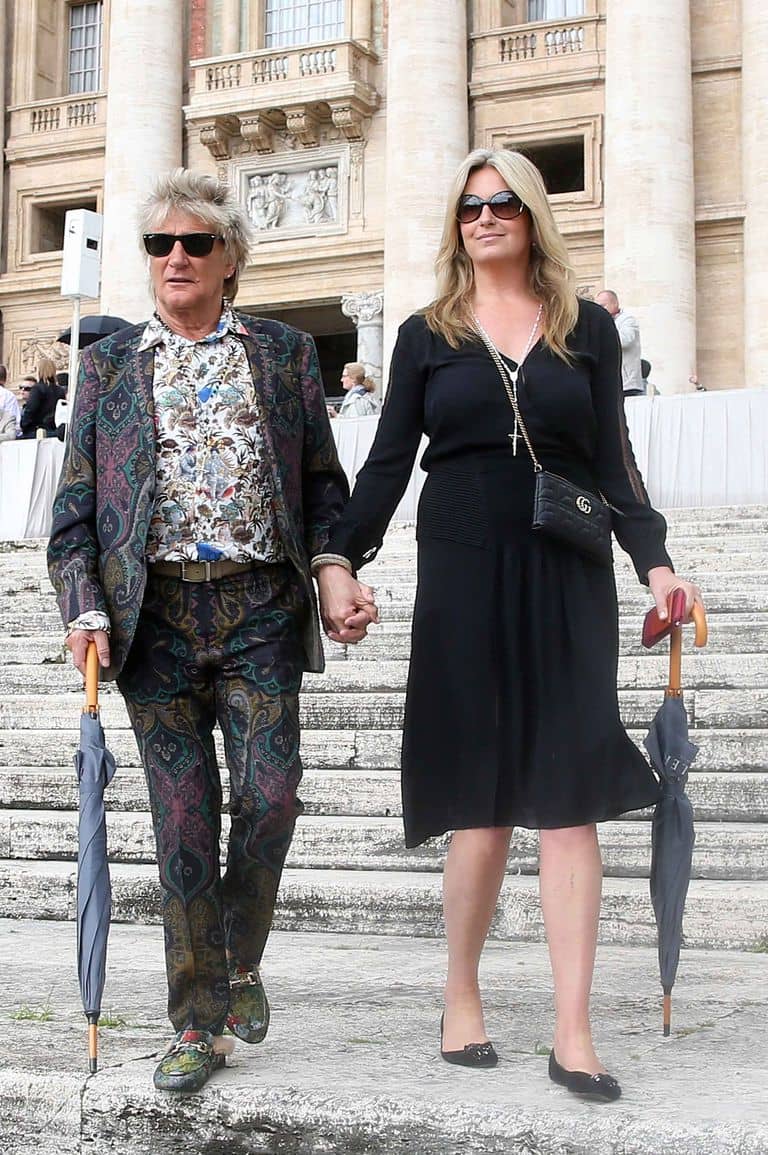 For his jaunt to the Vatican, Sir Rod rocked a psychedelic suit in shades of purple, navy, and green. He paired that with an equally eye-catching and mind-bending shirt in a vaguely floral motif. And the foundation upon which this legendary fit was built? A pair of jacquard, fur-lined slippers, of course. (They look to be by Gucci, which, also of course.)

"The Pope asked us to pray for him and we where presented with blessed rosary’s [sic]," Sir Rod's wife, Penny Lancaster, wrote on Instagram. Sadly, there is no word, thus far, on what the Pope thought of that outfit. But considering the Catholic Church's rich history of ornate and sometimes-ostentatious vestments, I'm thinking he was probably pretty into it. 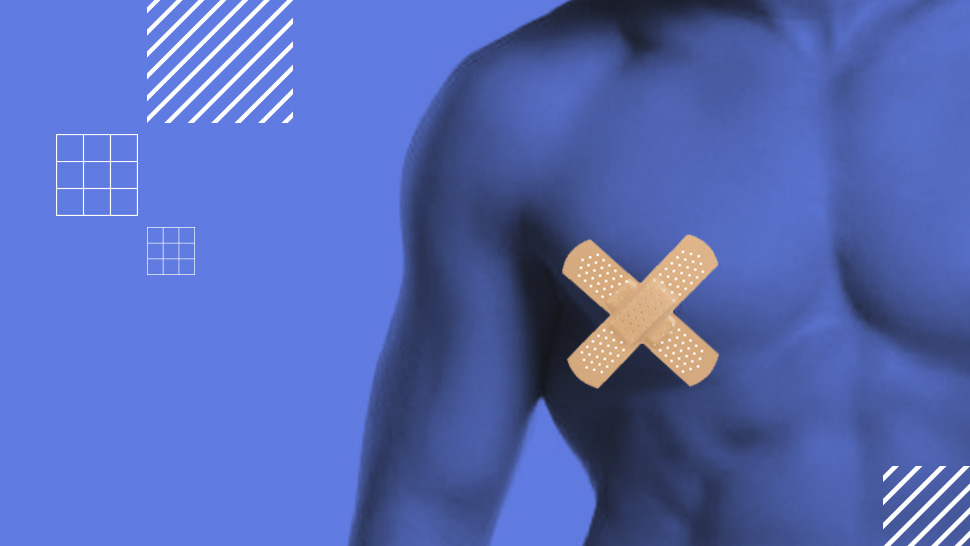 Ask Esquire: How Do I Hide My Pointy Nipples When Wearing A Shirt?
All Photos
Comments
View As List