Why Men Are Making Their Own Clothes Over Lockdown

Lockdown has challenged regressive sexist attitudes towards the craft, and the results are impressive. 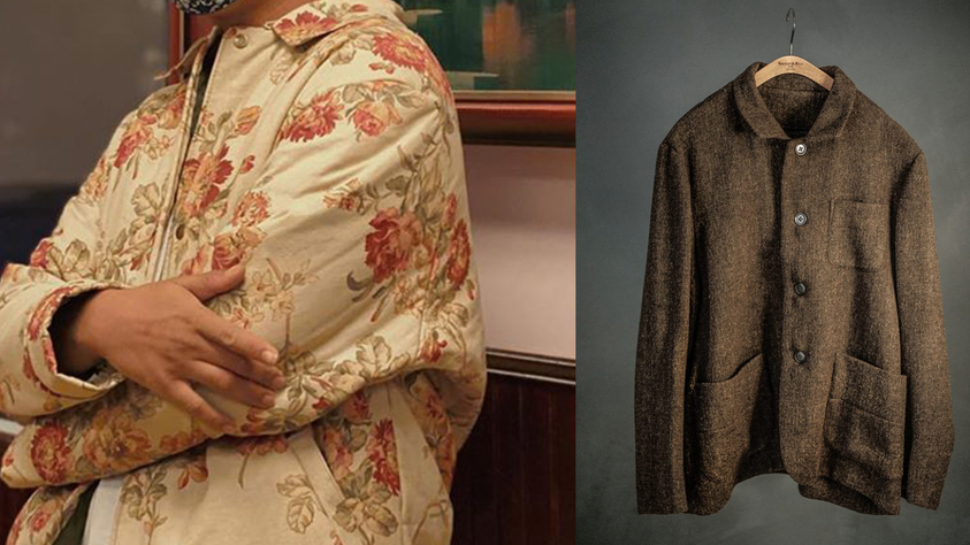 It all started with a pair of old curtains. In late March, as Colorado, USA, crept into lockdown, 23-year-old Jonathan Simanjuntak began his search for a new hobby. “Quarantine was getting really serious,” he tells me from his home in Aurora, a city spread across two of the state’s hardest-hit counties. It didn't take him long to land on sewing. “If I’m being super honest, the fact that I can’t afford Gucci and APC had a lot to do with it.”

Before the local government could stop him, Simanjuntak raided thrift shops for fusty fabrics, damaged clothes, and any rag that might prove useful. Three months later, after a lot of trial and error and YouTube tutorials, he uploaded his first big project to the 260k-strong Reddit community /r/sewing: A Dickies-inspired work jacket, upcycled from a blanket and some floral curtains he found at Goodwill. It immediately shot to the top of a subreddit almost entirely dominated by dresses. “Thank you everyone for the nice comments,” he wrote at the top of the post, which gained seven thousand upvotes. “I’m smiling a lot rn!”

It should come as no great surprise that /r/sewing has grown in popularity. As stringent lockdown measures loomed, the world got busy keeping busy. Google searches for ‘sewing machines’ jumped by 400 percent in the US, and John Lewis reported that sales of them had risen by 127 percent over April. What might come as a surprise, however, is the amount of men who began posting their own creations – from face masks to full outfits – on the forum, a real rarity before the pandemic hit. “I see a lot of new seamsters like me popping up in the subreddit every day,” Simanjuntak tells me. “The first time you put your own work on your body feels like magic – it’s wild addicting.”

According to Merchant & Mills, a former warehouse-turned-sewing emporium in Rye, East Sussex, more men than ever are taking to the craft. The British draper received a month’s worth of orders each day at the start of lockdown, but it was their template for a men’s workwear silhouette that reigned supreme. “The Foreman Jacket shot through the roof. It was the best-selling pattern by miles,” says Carolyn Denham, who co-founded the company ten years ago. Even before lockdown, she noticed that men were finally beginning to see the value in producing their own clothes with long-lasting materials. “Sewing doesn’t have to be this mumsy, cutesy thing with pink scissors,” she tells me. "Men relate to it being a 'quality' thing. I think they hook straight into that."

“When you start sewing, spending six to eight hours on a garment, you realize the value of your clothes."

Why do so few men sew? In truth, the history of the sewing machine is bound in misogyny – a depressing totem of how emancipation and oppression can intertwine. The breakthrough tool was hailed as a huge time-saver upon its invention in the mid-19th century, but the major beneficiaries turned out to be factory owners. Foot-powered sewing machines allowed crowded, poorly ventilated sweatshops, staffed almost entirely by women, to mass-produce clothes for the first time. For several months of the year, it was common for poverty-stricken British seamstresses to work twenty-hour days sewing à la mode dresses for wealthy women. Needless to say, they were often expected to craft and fix clothes for their own families, too. The industry’s pitiful wages were compounded by the fact that men, who controlled the bespoke tailoring trade, blocked women from joining their trade unions.

Of course, that problem has never gone away – it’s simply been outsourced to poorer countries and hidden from plain sight. Less gendered, sure, but just as unequal. This year, The Guardian discovered that a factory in Leicester that provided clothes to Boohoo, the biggest fast fashion company in the world, was secretly paying laborers £3.50 an hour to work through lockdown with no social distancing measures. For Redditor Mehedi Sarri, the scourge of modern slavery was one of the main reasons he picked up a needle in the first place. “When you start sewing, spending six to eight hours on a garment, you realize the value of your clothes. Then you start doing the maths and it doesn't add up. How is it possible to sell clothes so cheap?” he says. “I understood that the sewing process is industrialized, but it is at that moment that you really realize the exploitation of others and our planet.”

The 32-year-old librarian, from Toulouse, France, learned to sew when he lost his job back in 2017. “I had to cope with society’s judgment of my status,” he tells me. “When you’re unemployed people can be very harsh, so I had to make use of my time and not get in the wrong state of mind.” A new job in 2018 meant that his hobby fell by the wayside and eventually vanished, but lockdown presented the perfect opportunity to get back on the horse. A fan of Japanese fabrics like Kokka and Nani IRO, he crafted his own shirts, coats, trousers, and, of course, face masks. “Three of my friends expressed their will to have some training sessions with me. That made me so happy,” he says. “I also taught one friend how to sew right after confinement, and he made a bunch of masks.”

"Just me and my machine is a perfect combo."

Sewing with quality materials can be expensive – more expensive than buying clothes from a high street shop, anyway – and the equipment costs can be prohibitive too. But the ethical upcycling movement, spearheaded by designers like Emily Adams Bode, Sam Nowell, and Greg Lauren (nephew of Ralph), is encouraging people to make the most of what we already, collectively, have. Jonathan Simanjuntak's aforementioned floral jacket, a one-of-a-kind item, cost £15 to make. Ishmael Jasmin, a 20-year-old Redditor from Los Angeles, has even started selling his own streetwear pieces crafted with woven blanket materials, including a pair of Space Jam-themed shorts. “Sewing has been very beneficial to my mental health,” he tells me. “Don’t get me wrong, some projects can be draining and annoying. But when I’m creating something, I don’t have to really worry about any outside noise. Just me and my machine is a perfect combo.”

The global crafts market is expected to value $51 billion by 2024, and Merchant & Mills's Carolyn believes that its rapid growth is being driven by the twin pursuits of mindfulness and sustainability. “When I opened the business, it was about just taking time to sit down peacefully at your sewing machine and make yourself something to wear,” she tells me. “[But I also] wanted to express my outrage at the profit-driven, disposable ravages of the fashion industry and share the gift my Mum gave to me: satisfaction through sewing.”

Some would say she's fighting a losing battle. In 2017, a report by MPs found that the UK fashion industry throws away 26.7kg of clothes a year, the most in Europe, and a poll by Bernardo’s found that, in 2019, Britons spent an estimated £2.7 billion on clothes they only wore once. Meanwhile, a survey by Hobby Craft revealed that only one in five of us could sew on a button (the number of men who are up to the task is likely much lower).

Esquire Style Director Charlie Teasdale has always tried to support the callus-thumbed crafters of the fashion industry as much as possible, but he believes that men could stand to learn some DIY skills. "I think clothes-making is one of those lost arts that our ancestors would be saddened to learn the death of. (Sorry, ancestors. We have Arket now.) It’s the kind of thing we should probably all have a basic knowledge of," he says. "Not so much in terms of making clothes, but it would be better for the world if we all had a grasp of how to fix things."

We can’t mend all of society's problems with a needle and thread, but we can do our bit. “Learning how to create, alter, and fix clothes is pretty crucial, but I don’t expect everyone to pick it up,” says Simanjuntak, who has been uploading more pictures of his charity shop creations despite the easing of lockdown restrictions. "This is definitely a time for people to be more in control of the quality and production of the goods they consume. I’m still going to be sewing a lot when this is all over." 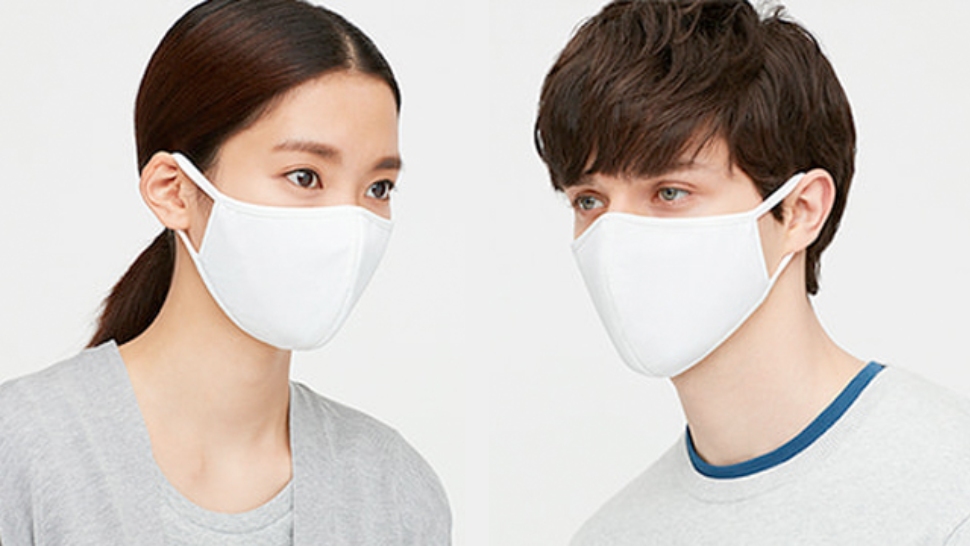 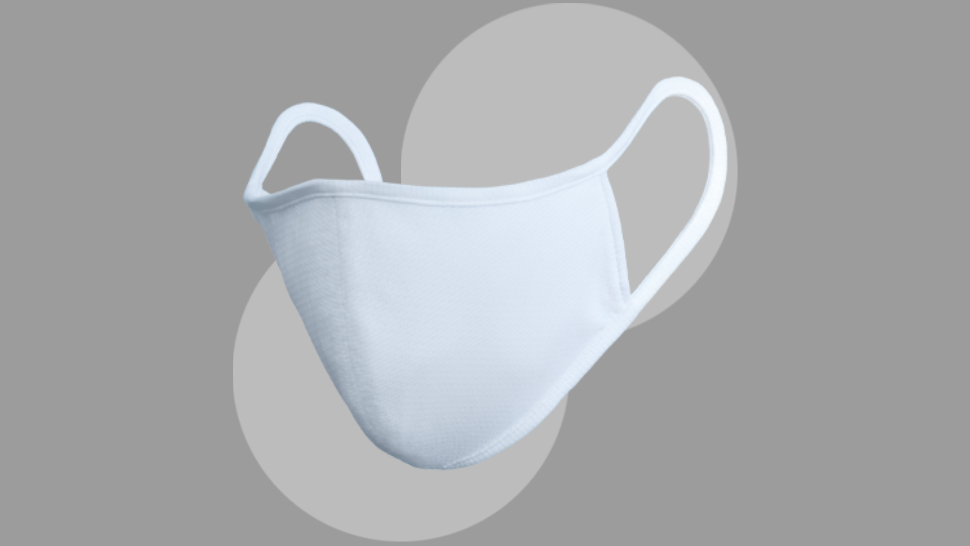