Should You Wear Oxfords or Brogues? 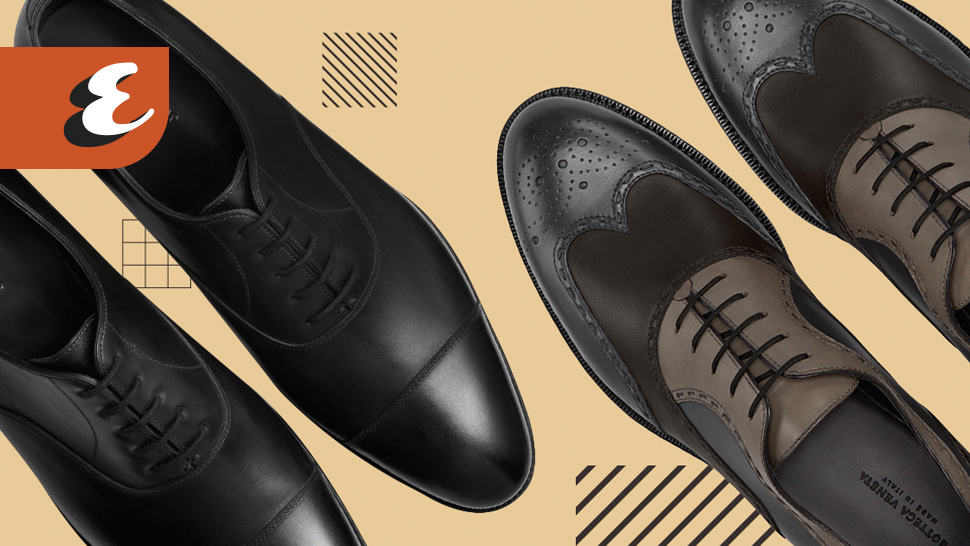 In the movie Kingsman, the dandy agent Harry Hart gave his protegé Eggsy three words to live by: “Oxfords, not brogues.” Any well-dressed man worth his salt should have an arsenal of essential dress shoes in his closet, but what exactly did Harry mean? What's the difference between oxfords and brogues? Are oxfords truly superior over brogues? Here, a primer to address your burning shoe questions. 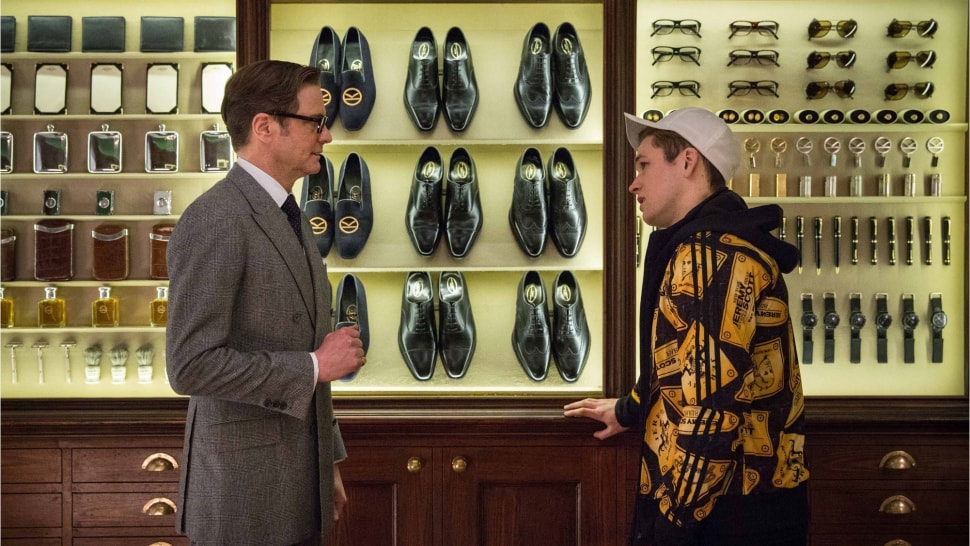 An oxford can be a brogue, and a brogue can be an oxford.
Simply put, an oxford refers to a dress shoe that has a closed lacing system, meaning the parts of the shoe that hold the shoelace eyelets are sewn under the vamp, rather than on top of it. This gives the oxford a clean look and a slim silhouette, making it perfect for suits. 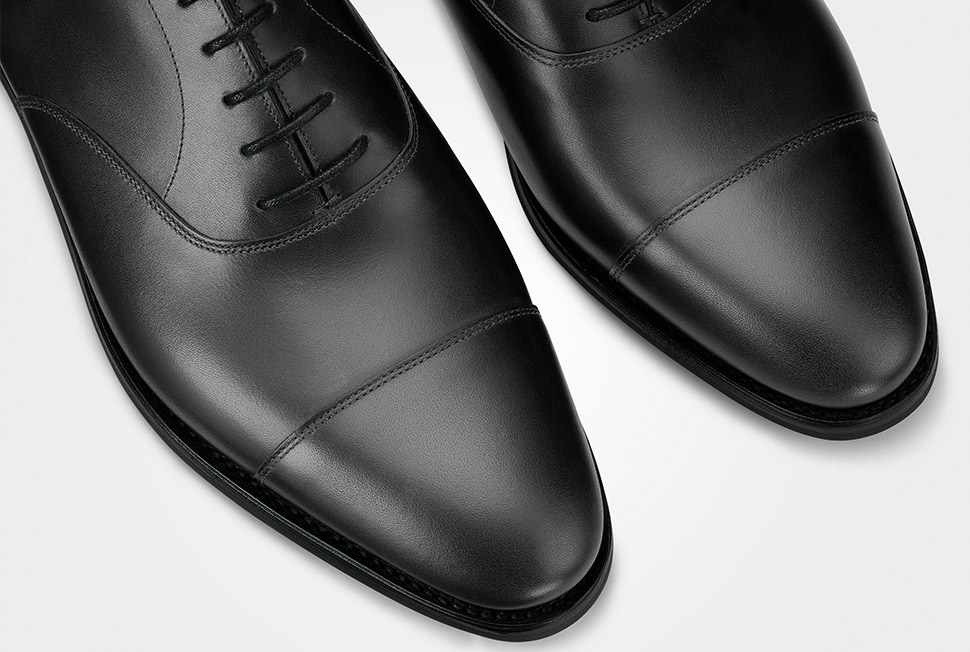 An oxford is identified by its closed lacing system.

Meanwhile, brogues denote “broguing,” a kind of ornamentation created by small perforations or holes. Any shoe with broguing is called a brogue, even if it’s an oxford. Hence, brogues and oxfords are not mutually exclusive. 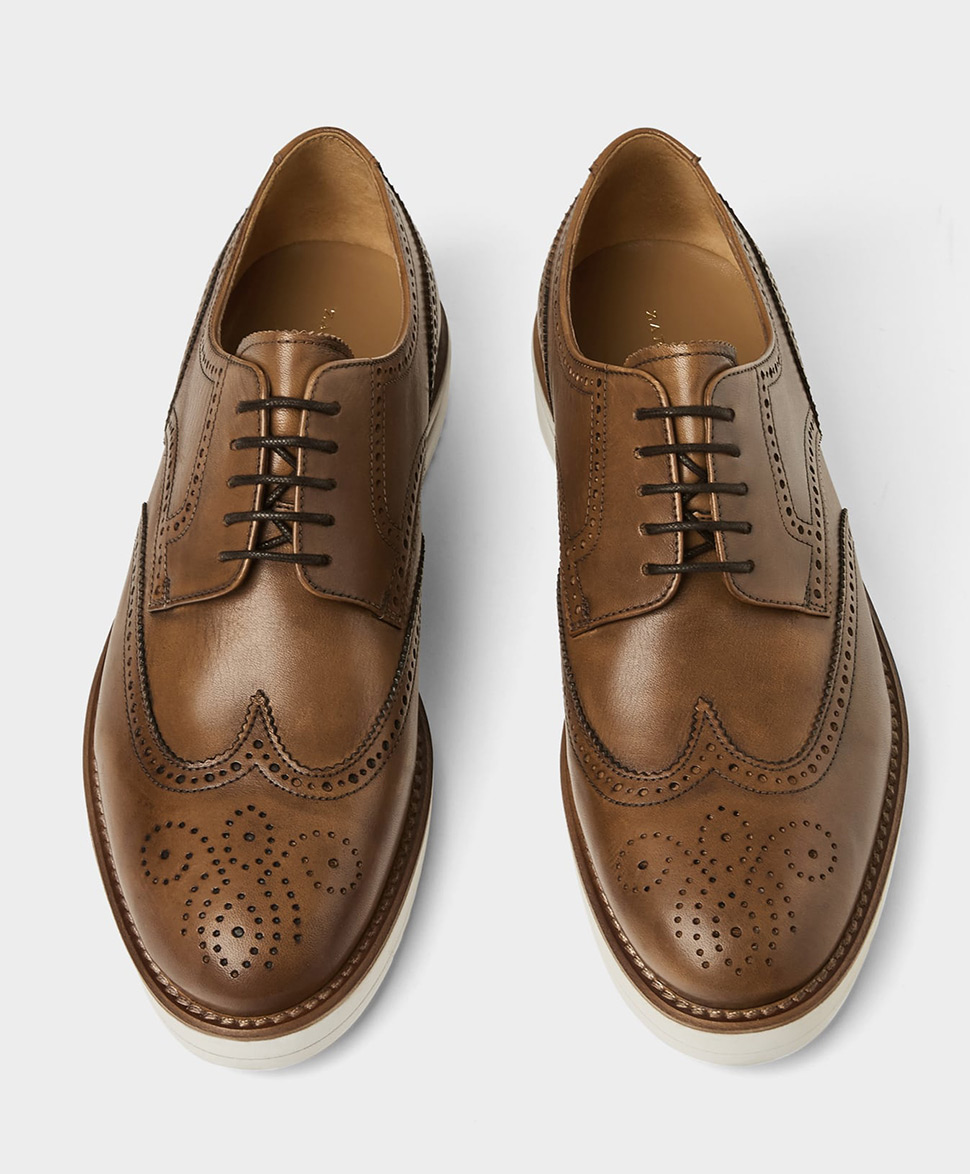 A brogue refers to shoes with decorative peforations. 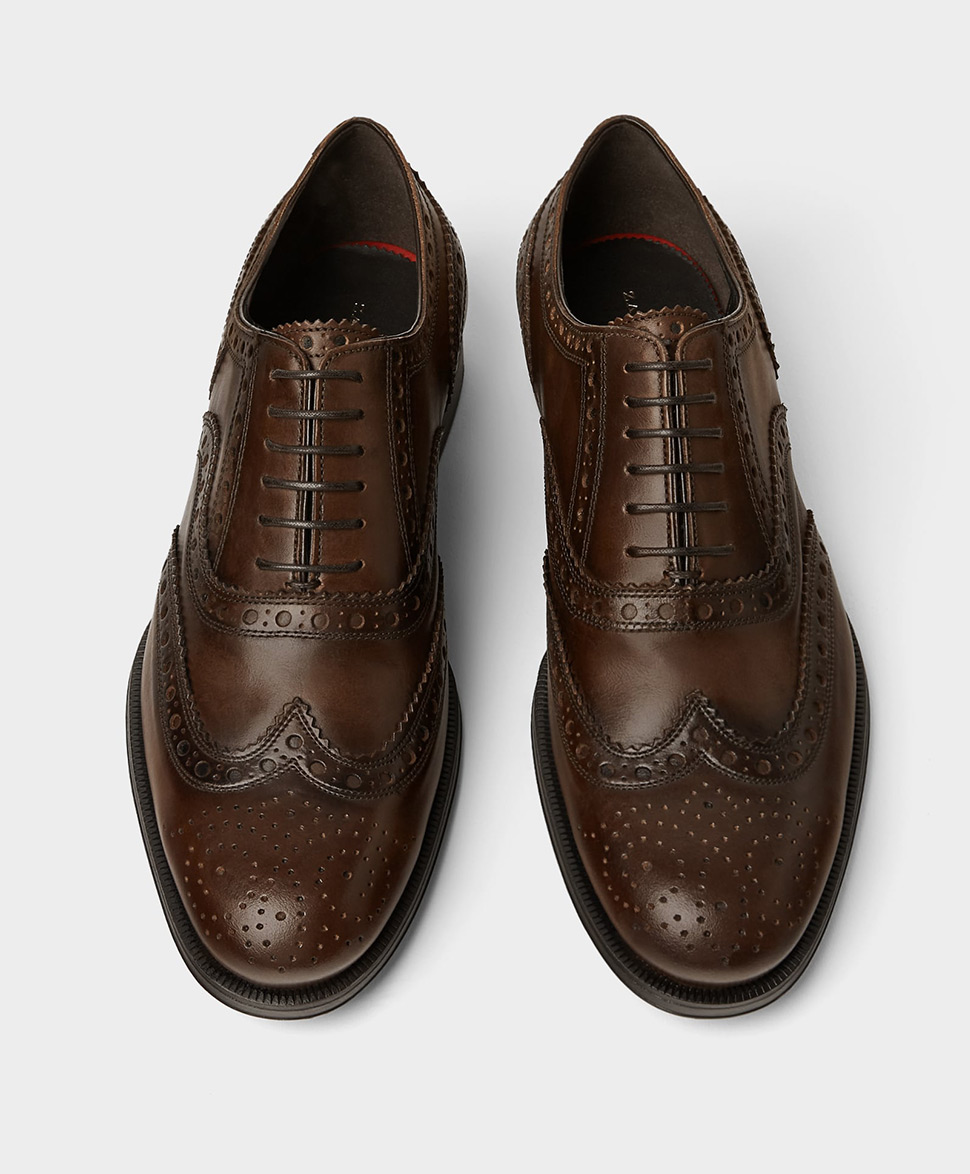 A brogue can be an oxford with both a closed lacing system and fun holes.

So what exactly did Colin Firth’s debonair character mean by oxfords, not brogues?

Plain or cap-toe oxfords go best with black tie.
In the past, gentlemen took a liking to oxford shoes, whose sleekness and smoothness lent a smart and formal look to its wearer. Even today, (patent) oxfords are preferred for black-tie dress codes. Typically, the plainer the shoe, the dressier it is, so traditionalists would advise against wearing brogued shoes with suits.

These menswear rules have been broken time and again, however, which means you can get away with wearing cap-toe oxfords for more relaxed occasions. A brown cap-toe oxford, for example, looks great with cotton pants, a button-down shirt, and a sport coat. 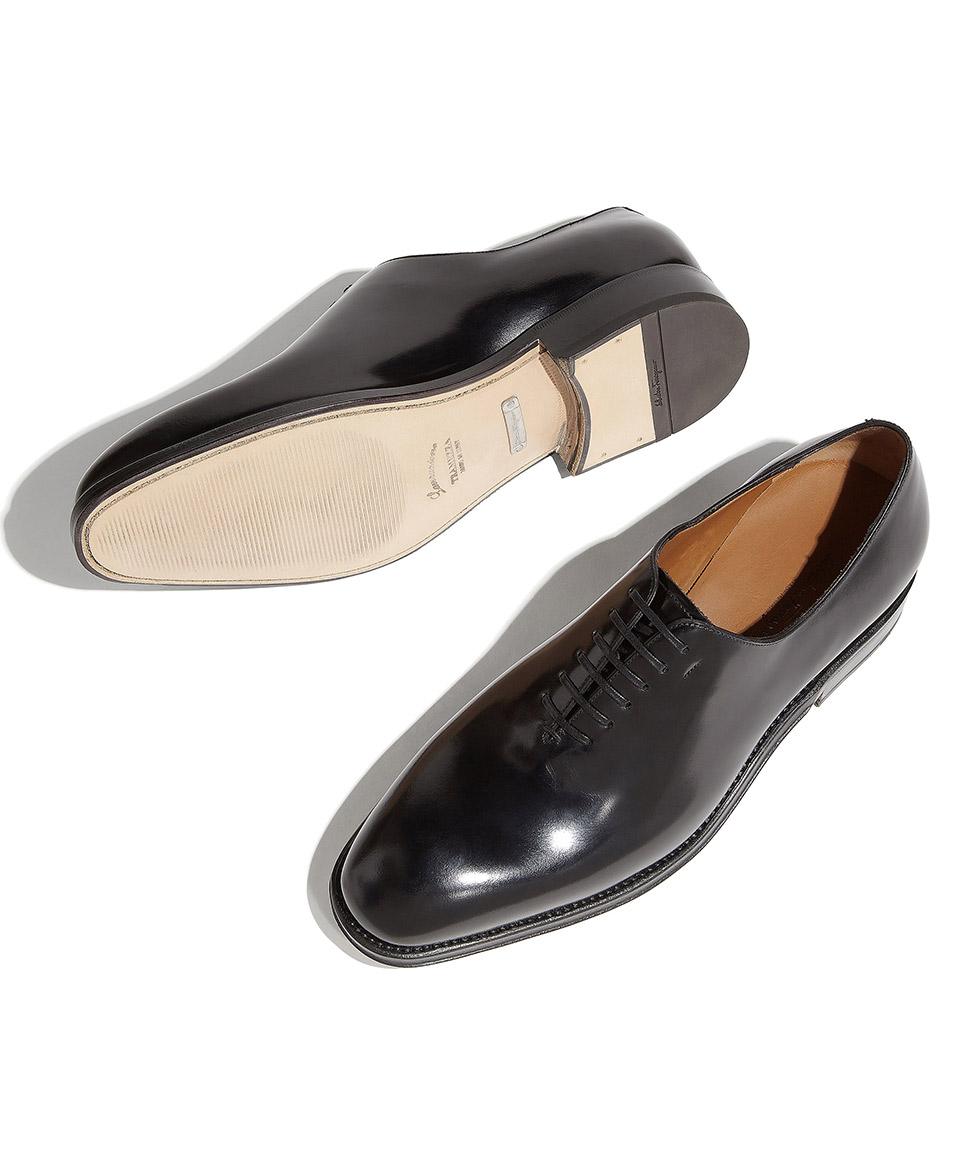 Brogues are typically meant for more casual affairs. They used to be associated with the countryside, and were worn in fields and wet terrain (the tiny holes were once functional, as in they allowed water to pass through when traversing wetland). Nowadays, however, brogues are a staple in any man’s wardrobe, and can be paired with anything from cotton pants and chinos to cuffed denim jeans. 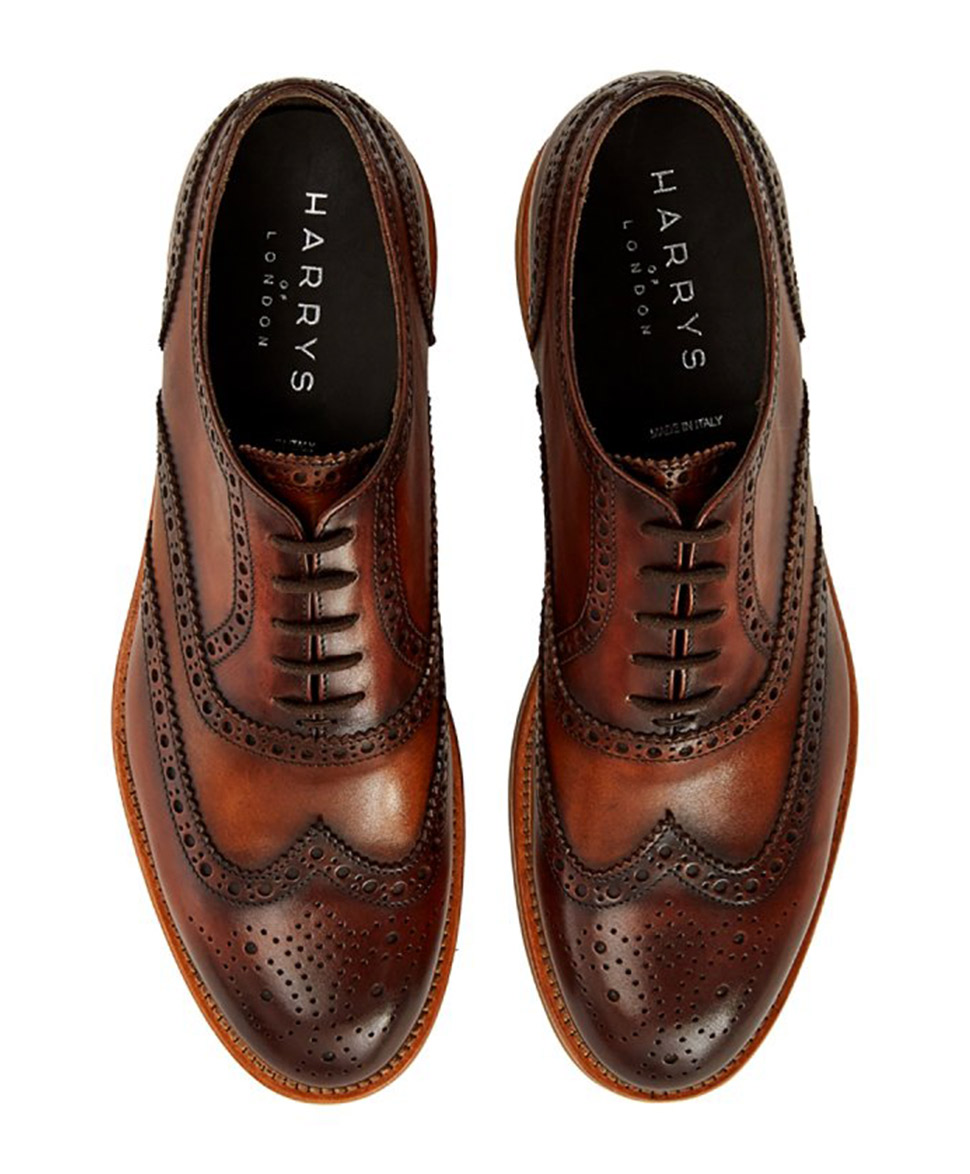 Imagine this with dark blue jeans—perfect.

Different kinds of broguing are meant for different occasions. The more detailed the broguing, the more casual they are. Below are just two of the most popular styles.

Semi-brogue
Semi-brogues or half-brogues are perhaps the middle ground between dressy and relaxed, making them suitable for business casual. They’re conventional and striking at the same time, without being as whimsical as their fully brogued counterparts. Feel free to pair them with daytime suits. 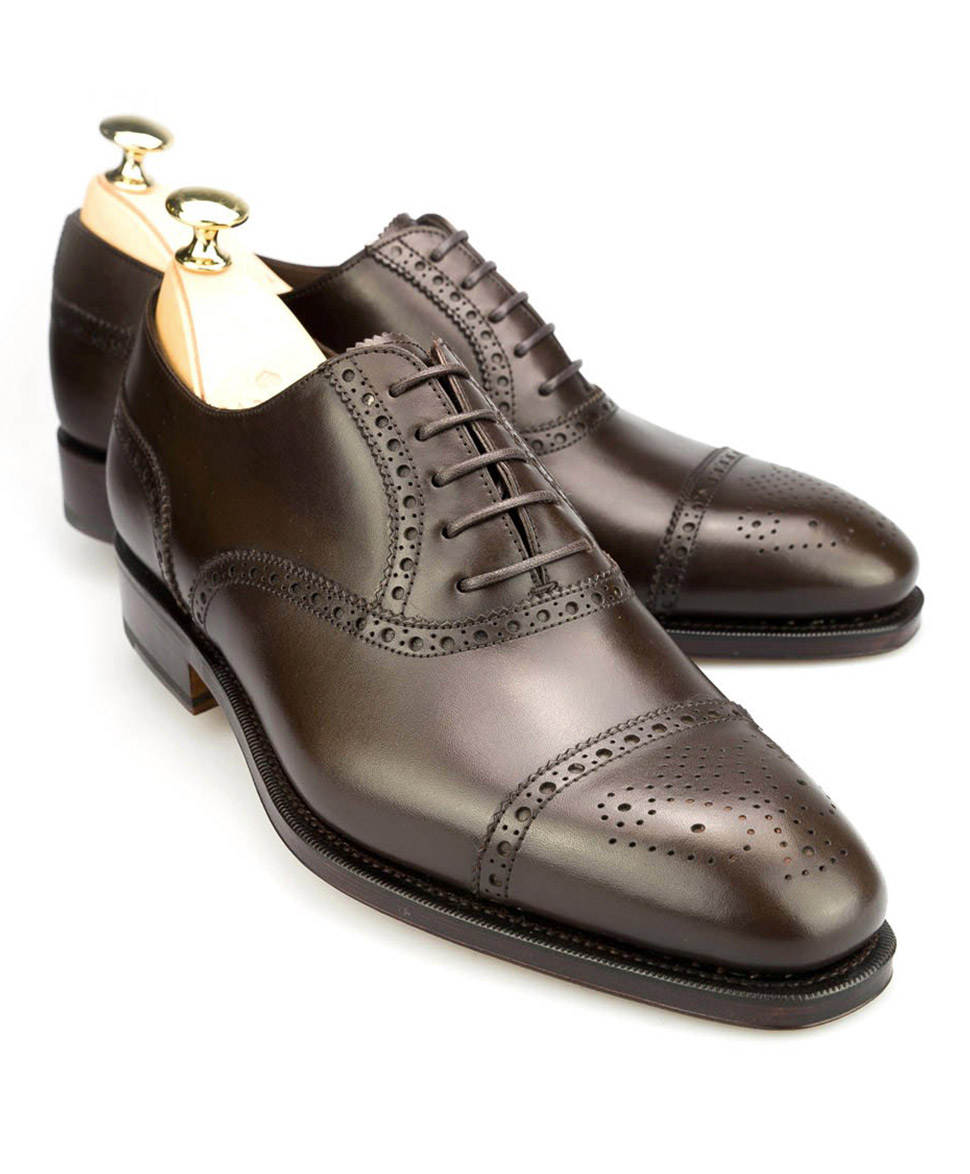 The semi is a dotty compromise.

Wingtip
Wingtips have become an iconic shoe style because of the distinct “M” or “W” design on the cap toe and sides. Today, wingtips are a leisurely and sophisticated choice for the style-savvy, with its fancy ornamentation sure to add panache to any man’s outfit. Wear them with cuffed denim jeans and a plain white shirt for a classic look with a rugged edge. Or, stroll down the city in khakis and a button-down shirt.

A word of caution: Wingtips naturally draw attention, so if you’re getting your first pair of dress shoes, we advise against them—best to stay on the conservative side. 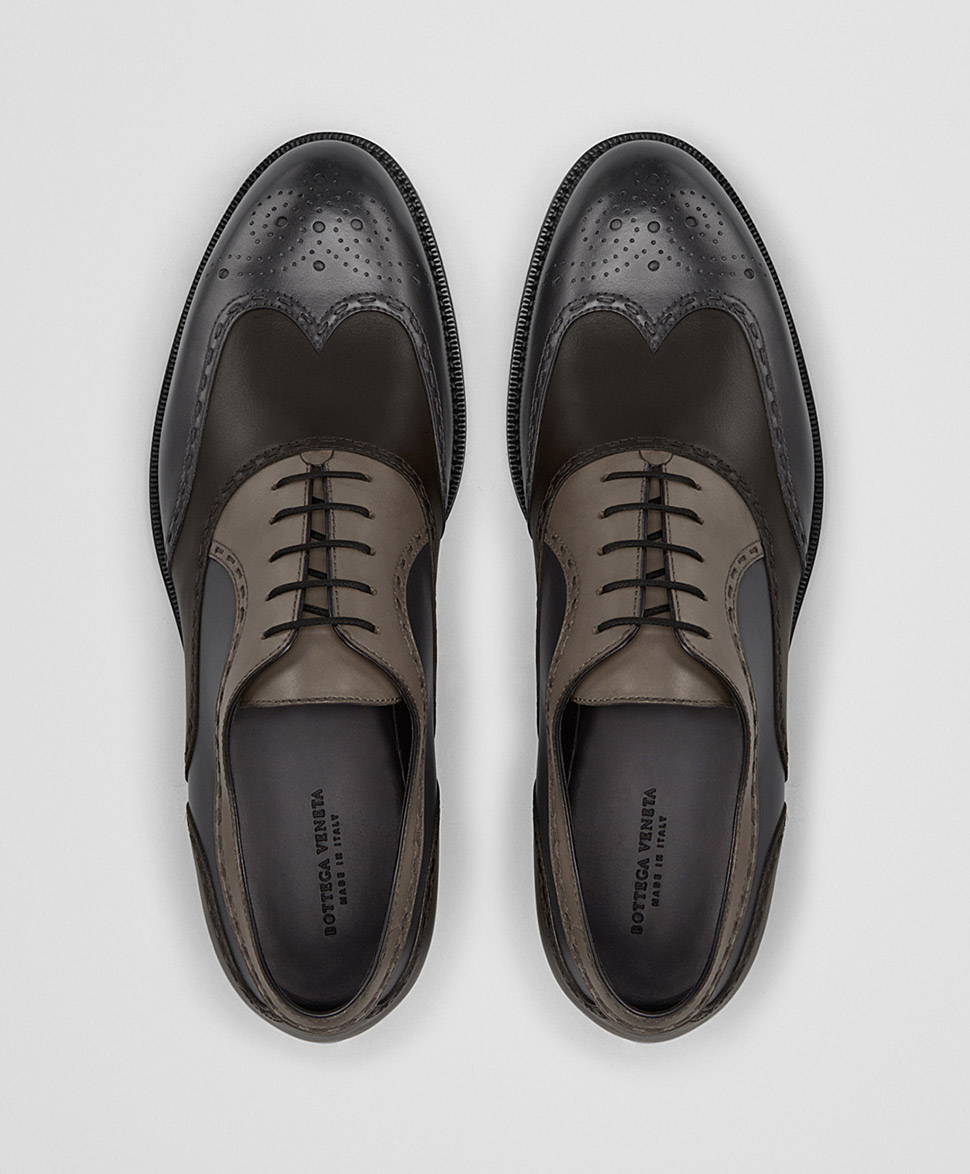 Wear this beauty with caution.

So, oxfords or brogues?
If we are going to be strict about it, the question should really be oxfords or derbies: the smoothness of a closed lacing system versus the informality of an open lacing system. We think Firth's agent Hart—who must be a traditionalist—was  making a point about dressing well always, and for him, it meant the unquestionable corrrectness of wearing a suit only with a dressed-up shoe (the oxford) and never a casual pair (the brogue, which is usually are styled as a derby).

That doesn't mean you can only wear oxfords with suits (though this would look the sharpest) or you can only wear brogues with jeans (though this is most classic). Style is alive and ever-changing. There is no problem breaking with tradition, wearing either in formal or informal occassions, but you have to know which is which and master the rules first. 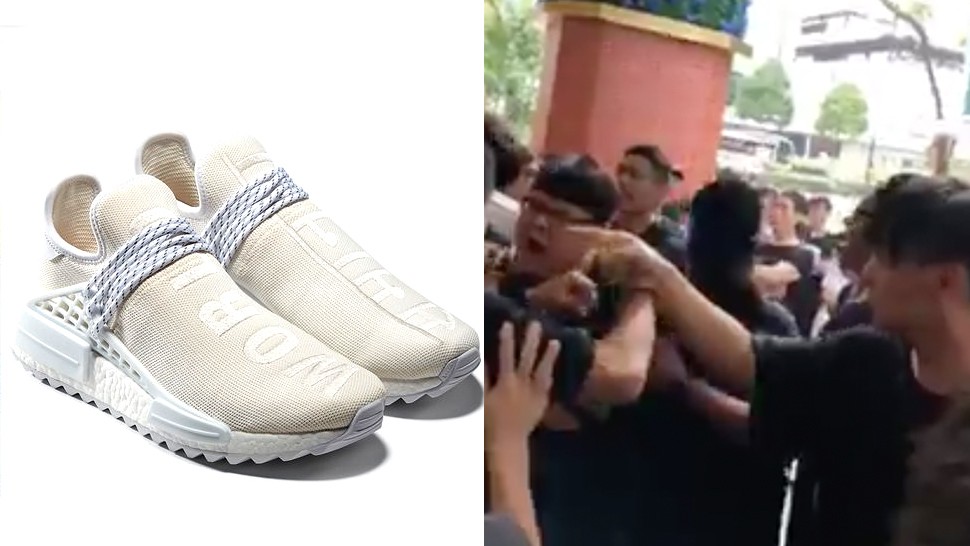 A Sneakerhead Fight Broke Out Over Pharrell's Peace-Themed Adidas Collab 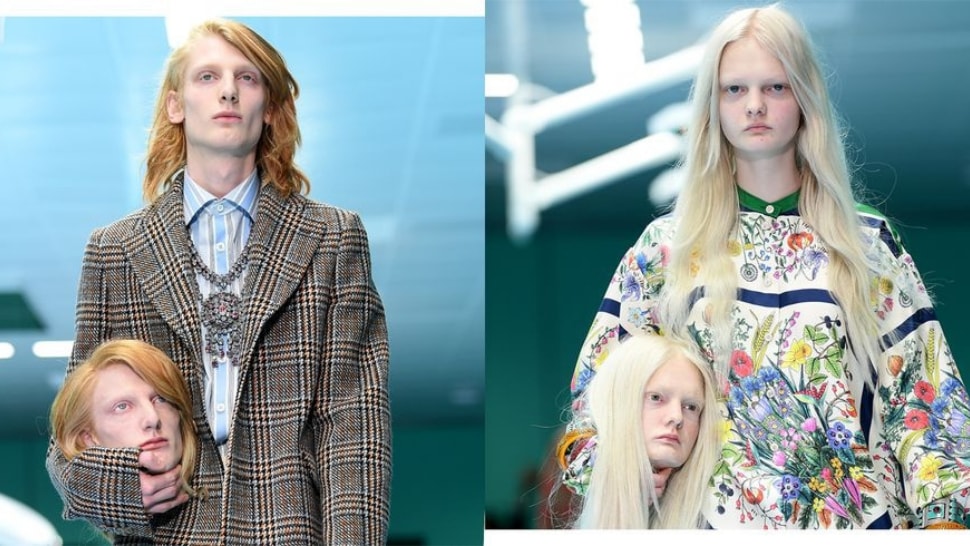