Why Old School Auction Houses Are Clamoring For Rare Sneakers

In the aftermath of another record-breaking sale, streetwear has become big business on the auction block 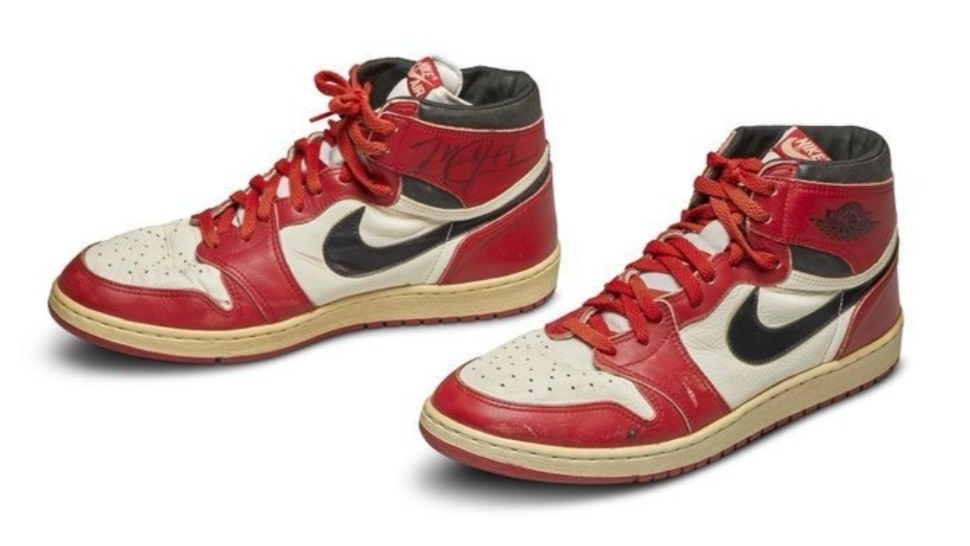 To the untrained eye, the shoes appear unremarkable. A well-worn pair of Nike Air Jordan 1s, the perforated leather on the toe is creased, the ankles have begun to cave and there are scuffs on the red leather and the inside swoosh. The only real indication that these big trainers — if you were to inspect them closely you'd notice that the left shoe is a US 13 and the right a 13.5 — are special comes from the looping signature etched in permanent marker on the inside of the right ankle, hardly faded after 35 years, which reads: Michael Jordan.

Top Story: Who Are The Descendants of Our Heroes Today?

Over the course of 10 days in May, these legendary custom-made and game-worn AJ1s from Jordan's 1985 rookie season with the Chicago Bulls were up for online auction. Sotheby's, in charge of proceedings, placed a reserve of $150,000 on the shoes. In the end, 10 bidders spanning four continents, one as young as 19, shattered that estimate. In the final 20 minutes, the price was driven up by $300,000, before the digital gavel came to rest on a winning bid of $560,000. Sold to a private buyer... somewhere. The most expensive pair of trainers ever sold.

"We expected the pair would achieve a great result, as they were a particularly beautiful example of Air Jordan 1s," says Brahm Wachter to me via email. Sotheby’s Director of eCommerce Development, it was Wachter who arranged the auction with the trainers' former owner, Jordan Geller, a noted collector and the owner of the ShoeZeum, a sneaker museum in Las Vegas. "With all the excitement surrounding Michael Jordan and 'The Last Dance', my wife and I decided that it's time to let the shoes find a new home," he said in the lead up to the auction.

Given the incredible popularity of The Last Dance, the 10-part documentary series that charted Jordan's career and the rampant Chicago Bulls teams of the 90s, it's no surprise that Geller was eager to auction off his prize assets at short notice. According to Jesse Einhorn, Senior Economist at sneaker resale platform Stockx, "On the day of the premiere, we saw a 63 percent increase in traffic on Jordan Brand pages on StockX and a 90 percent increase in Jordan sneaker sales, relative to a typical Sunday." Says Wachter, "The auction was planned in about 10 days! He [Geller] thought it would be the right moment to offer this pair."

"I think Michael Jordan was the greatest athlete to play any sport, and The Last Dance helped to remind people of his extraordinary legacy. The sneakers also have cultural importance in terms of how it helped revolutionize the sneaker business. I believe those two factors helped bring this world record price."

Jordan aside, rare trainers and streetwear have proven fertile ground for Sotheby's and its rivals. The world's first international auction house founded in London in 1774, Sotheby's is an art world and antiquities behemoth, but last July it made headlines when, along with the streetwear and sneaker marketplace Stadium Goods, it oversaw the sale of 100 of the rarest trainers in the world, including a pair of Nike 'Moon Shoes', designed by Bill Bowerman for track athletes to wear in the 1972 Olympic trials, which sold for a then-record $437,500 to Canadian businessman Miles Nadal, who spent a further $850,000 on the other 99 pairs on offer. The Moon Shoes' former owner? None other than the ShoeZeum's Jordan Geller.

In January 2019, Carson Guo, a 17-year-old from Vancouver spent $800,000 on each of Supreme's 248 different skate deck designs in an auction arranged by Sotheby's. In December of that same year, Christie's, another venerable 18th century London house sold a comprehensive lot of Supreme items for $2.1 million in an auction titled Handbags x Hype.

"Some were surprised that Sotheby’s was selling skateboards," said Guo in an interview posted on the auction house's website. “But to me, it was very natural for an international brand [like] Sotheby’s to have insight into current trends and to be developing new concepts like this."

A selection of the Supreme skateboard decks that were bought by the Canadian teenager, Carson Guo at auction

The sneaker market is, at its current rate of growth, expected to be worth $95bn by 2025, while, according to StockX, the resale market today is valued at around $6bn. It's no wonder that venues that have typically dealt in Picassos and Pateks are making moves in a space that, to many, is still considered a juvenile interest.

When asked about whether the old world of auctions coveting rare trainers is a good thing, Thomas Turner, a sneaker historian and the author of 'The Sports Shoe: A History from Field to Fashion', has mixed views. "They [auctions] bring attention to what many within the sneaker world have long appreciated: that sneakers are culturally and aesthetically significant artefacts — and also a way to make money. But they also add to a culture of hype and inflated value, in which the real value of shoes is overlooked. They perhaps contribute to a sense that it’s all about wealth and purchasing power, rather than innovation, style, and imagination."

A pair of original Nike Mags, part of the $850,000 Sotheby’s lot bought by the Canadian businessman Miles Nadal

Miles Nadal, the man who spent more than $1million on the 100 rare trainers sale last summer, says, "I was pleasantly surprised at the magnitude of interest in the sale, and believe this is just the beginning of a surge of interest in sneakers as a luxury collecting category."

When it comes to the most expensive trainers of all time, it's yet to be seen whether the sums paid in recent months will have the same kind of all-but-guaranteed appreciation as something like a vintage Rolex Daytona or a Modigliani. Are we looking at the next vintage watch market? Or a flash-in-the-pan defined by hype and inflated internet chatter?

"Similar to watches, art or other collecting categories, sneakers and streetwear can also hold historical and cultural significance, exceptional provenance, rarity, and more," says Wachter. "We’re looking forward to doing more in the year to come in the space."

"Sneaker culture has always venerated certain shoes in the same way collectors of art and watches have, so this isn’t necessarily a turning point for that culture," adds John McPheters, co-founder and co-CEO of Stadium Goods. For the larger public to understand and see the elevated market for these items is certainly a turning point. The design, history, and innovation behind every sneaker have sparked the same passion in collectors as would other premium products."

And how about a trainer that could exceed the value of the very special Air Jordan 1s? Is there a white whale sitting in some dusty shipping container or secreted away in a temperature-controlled room guarded by two enormous bald goons?

Jesse Owens, the athlete behind the next great pair of auction house trainers?

"The shoes that Adolf (Adi) Dassler is said to have made for Jesse Owens for the 1936 Berlin Olympics could perhaps command a similar price [to the Nike Moon shoe]," says Turner the trainer historian. "The story was similarly significant in the creation of the Adidas brand after 1948, and the shoes themselves are linked to a key moment in 20th Century history."

If they do exist, and they are found, don't be surprised to see them turn up for sale on an old-world auction block soon. 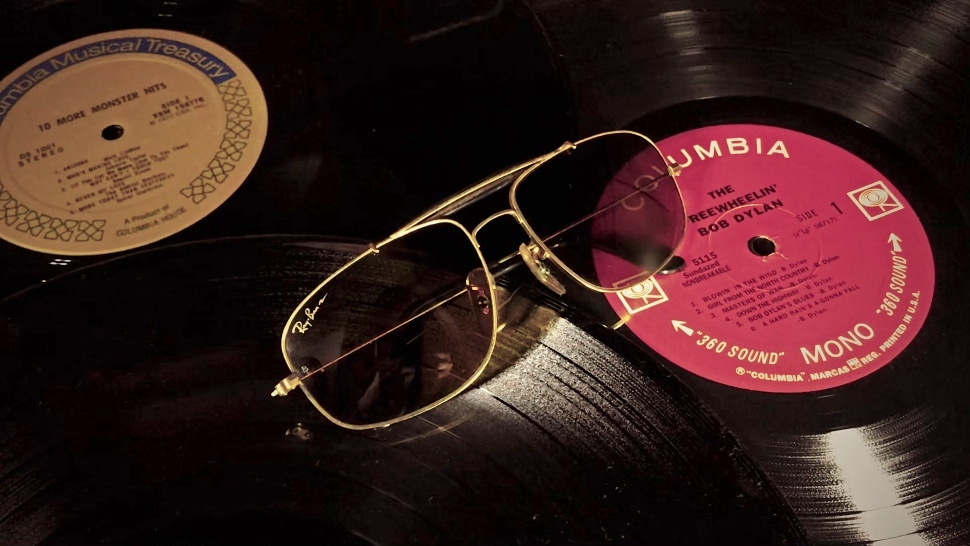 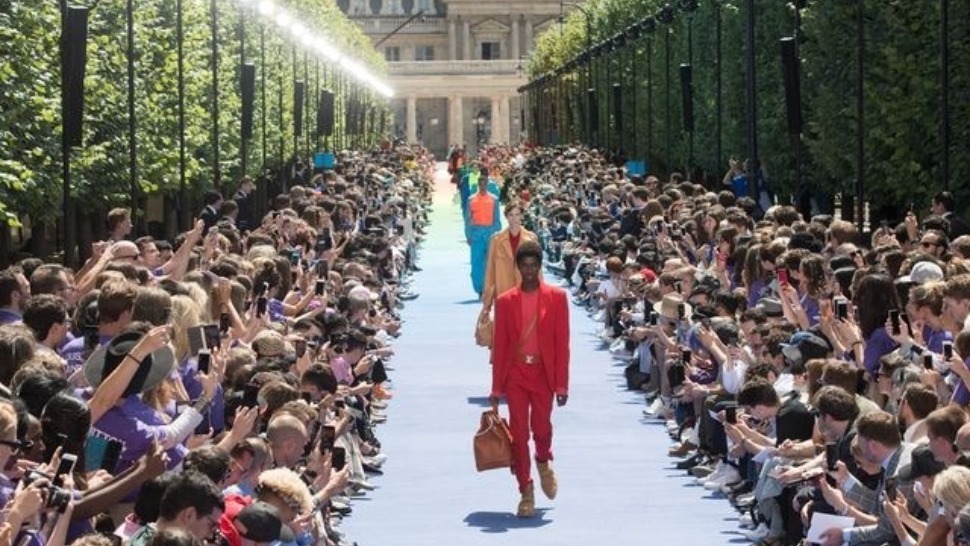 Must The Shows Go On? Fashion Week In The Time Of Coronavirus
All Photos
Comments
View As List