7 Style Icons Every Man Can Look Up To

These are legit goals.

In the fickle world of celebrity, only a handful of men have transcended fame and trends. Here, we present seven of the most stylish men as seen in Timeless Icons, the new coffee table book by Tod’s that includes the men (and women) who have changed the style game. Learn from the inimitable style of these gentlemen.

“In love, we have to dare everything if we really love.” –Alain Delon

Instead of the slim suits that his contemporaries favored, Delon wore cable-knit sweaters, crewneck pullovers, and relaxed chinos that reflected his casual, insouciant style. The personal life of this French actor with boyish good looks was as exciting as his acclaimed films (he was discharged from the French Navy and also investigated for a high-profile murder case), and he seemed to have breezed through everything with charm and ease.

“Just let the wardrobe do the acting.” –Jack Nicholson

Nicholson first made his mark in pop culture as an alcohol-addled criminal lawyer, wearing a single-breasted cream suit and a pair of tinted sunglasses, in Easy Rider. After almost 60 years making movies, he still maintains a rebellious flair whether in his choice of offbeat roles or a wardrobe that mixes tailored pieces and workwear staples.

“In front of a camera, I feel solid, satisfied. Away from it I am empty, confused.” –Marcello Mastroianni

Growing up in the world of the Italian theater, Marcello Mastroianni was a master of commanding the power of the finer details. Never seen out of his Milanese three-piece suits, the actor showed the post-war world what being a modern Italian is all about: refined, respectful of traditions, and romantic with the ladies.

“Anything worth doing is worth overdoing.” –Mick Jagger

With a mop-top and full pout, Jagger changed the sound of rock ‘n’ roll and, along the way, revolutionized the way men dress. He was a velvet dandy in the ‘60s, a gender-bender in the ‘70s, and spandex-wearing rock star in the ‘80s. Now, the 70-year-old favors slim suits worn without a tie. Though his style has grown up, some old habits are hard to shake off. Recently, he is rumored to have purchased a multimillion-pound estate while high on LSD.

Newman’s fuss-free approach to gentlemanly dressing made him the Hollywood icon who is still imitated by leading men today. In two-button suits paired with square-end ties or cotton shirts tucked loosely in khaki chinos, he showed how perfect neutrals could serve as the backdrop for colorful personality.

“There is nothing like a challenge to bring out the best in man.” –Sean Connery

From a brawny Scottish bodybuilder, Connery transformed himself into the most-loved British spy, the oldest sexiest man alive, and also a knight (in a highland kilt). In whatever incarnation, the actor maintained an elegant edge. He demonstrated how broad shoulders and a nipped waist (in a polished tuxedo in Dr. No or a tweed hacking jacket in Goldfinger) are best showcased with impeccable tailoring.

“There's something about my shaggy dog eyes that makes people think I'm good. I'm not all that good.” –Steve McQueen

Steve McQueen paved the way for the modern American leading man: confident and a bit rough around the edges. His style valued movement and comfort above else, but never sacrificed the refinement of a well-fitting garment, whether it was a pique shirt or a leather biker jacket. He complemented his clothes with an eye for accessories—white canvas sneakers, Persol spectacles, and the Tag Heuer Monaco.

Tod's is at Greenbelt 4, Makati City. 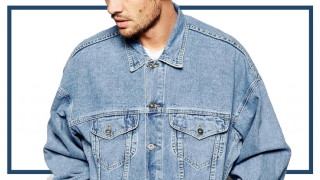 How to Wear a Denim Jacket for Every Occasion 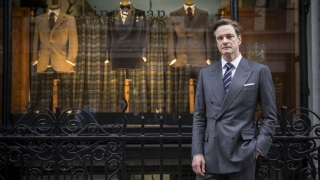 How To Buy A Suit: The Complete Guide For Men
All Photos
Comments
View As List