On the unlikely relationship between the modern hype machine and the old world of clothing and craft. 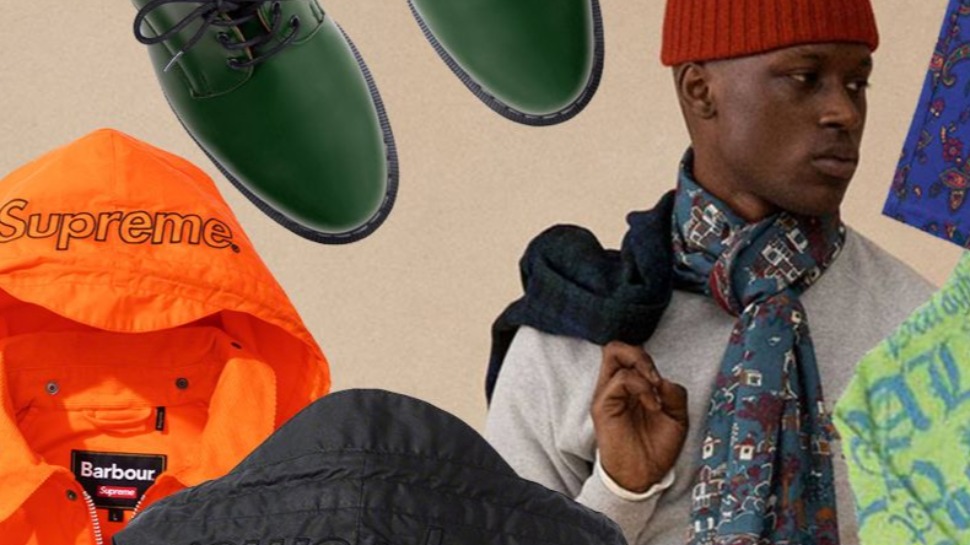 By the time you read this sentence, spring's biggest (and perhaps its unlikeliest) collaboration will have already sold out.

Featuring a series of waxed cotton field jackets in orange, black, and leopard print, along with crusher hats, camp caps, and side bags, Supreme x Barbour has been the talk of the town (Instagram comments) since it was announced last week. The general consensus being: it looks good, combined with a sense of low-level surprise, all artfully modeled by skater, designer, artist, and former Palace pin-up Blondey McCoy in a campaign shot by Japanese photographer Jiro Konamai. But... Barbour? Collaborating with Supreme?

Despite the supposed discord of two such brands working together, Barbour x Supreme is just another example of the cool and queue-oriented world of taciturn streetwear looking to archival brands with proud heritages. Many of them are very old and very British, in the hope that clout can be traded for credentials, a surprise factor, and, perhaps, a more or less ready-made piece of classic design that can be rubber-stamped with modern appeal.

Leopard-print wax jackets aside, in recent seasons Palace has collaborated with Pringle of Scotland on a logo-heavy mohair granddad cardigan and rainbow-effect jumper. Aimé Leon Dore has worked with Drake's on sweatshirts, suits, and silk scarves; Woolrich on block color puffer jackets and tartan cardigans, as well as with Baracuta on one of its original Harrington jackets. Noah NYC, founded by former Supreme creative director Brendan Babenzian, has collaborated with Sperry on crocodile-effect boat shoes and released an exclusive range of footwear made by Solovair, one of Northampton's original shoemakers that once outfitted the British army. It also uses traditional mills across Italy and the UK for its tailoring and knitwear. Everyone's done a Clark's Wallabee collab. Supreme teamed up with Aquascutum on a range of check and tan gabardine raincoats as far back as 2016 (ancient history by streetwear's standards). Dr. Martens, another Northamptonshire original, is a master left-field collaborator, having worked on special editions with Stussy, Nanamica, Beams, Engineered Garments, Comme des Garçons and plenty of others.

"[Collaborations are] very easy to produce, very easy to drop and they spice up the existing collection" Gachoucha Kretz, an affiliate professor in marketing and brand management at HEC Paris, told the Business of Fashion in January. "Luxury is supposedly more timeless... [but a collaboration] brings novelty and freshness."

Supreme working with Nike or Stüssy or Palace with Adidas is neither new nor particularly surprising, but Dior working with Stüssy and Nike, or Adidas with Prada (which they both have in recent months) is. The same framework applies for Barbour with Supreme or Palace and Pringle. Consumers and eyeballs have become so jaded by volume that it takes a lot to generate excitement and create clothes that appeal to a proper intersection of fans and buyers. For a young American who has never heard of Drake's or Baracuta, Aimé Leon Dore's collaborative door opening is a point of intrigue, and, loathe as many are to say it, one of 'newness'.

When speaking about his work with Aimé Leon Dore to Mr. Porter, Drake's Creative Director Michael Hill said: "While we're very different companies, we have a mutual appreciation for each other and share many of the same values." Over at Woolrich, which made outdoor clothing and supplies for soldiers during the American Civil War (though now based in Italy), the brand's global creative director Andrea Cané said of the label's ongoing ALD collab: "I think that brands, at least once every 10 years, need to find some talent that gives a renewed brand aesthetic and perspective. When you handle a brand of almost 200 hundred years, sometimes you lose the capability to see your authenticity through a new lens for the new consumers and this to me is what collaboration is all about."

"Teddy [Santis, Aimé Leon Dore's founder] reminds me of Ralph Lauren at the start of his career," Cané adds. "When I started to work with Woolrich in the early Eighties, Ralph was one of the major customers of our fabrics made in the Pennsylvania mill in Woolrich PA. He took the best manufacturing US company and added a great revised taste for that age, Teddy is having a similar approach but in today’s consumer environment, still with great taste. He knows his audience and he does not want to give them the wrong product, so for me, he’s a warranty to evolve Woolrich on the right path."

A workwear brand that was founded in South Shields in 1894 and, five generations down the line, is still a family business, Barbour started off making oilskins and paraffin-doused waxed cotton jackets for the fisherman, dockworkers and hardscrabble laborers of the frigid, blue-collar North East of England. Supreme began life, 100 years later, as a downtown New York skate institution famous for its VHS videos, almost-comically surly staff, and James Jebbia, its infamously tight-lipped and elusive owner, originally from Surrey. In 2020, a 23-year-old skateboarder with a shaved head and a gold tooth wears a bright orange jacket that is Supreme in style and coloration, but is based on an equestrian design that Barbour concocted in the Eighties. Blondey McCoy poses in front of a brick wall, the camera bulb flashes and the jacket, which also comes in black and leopard print, sells out within five minutes of going on sale. Everybody wins. 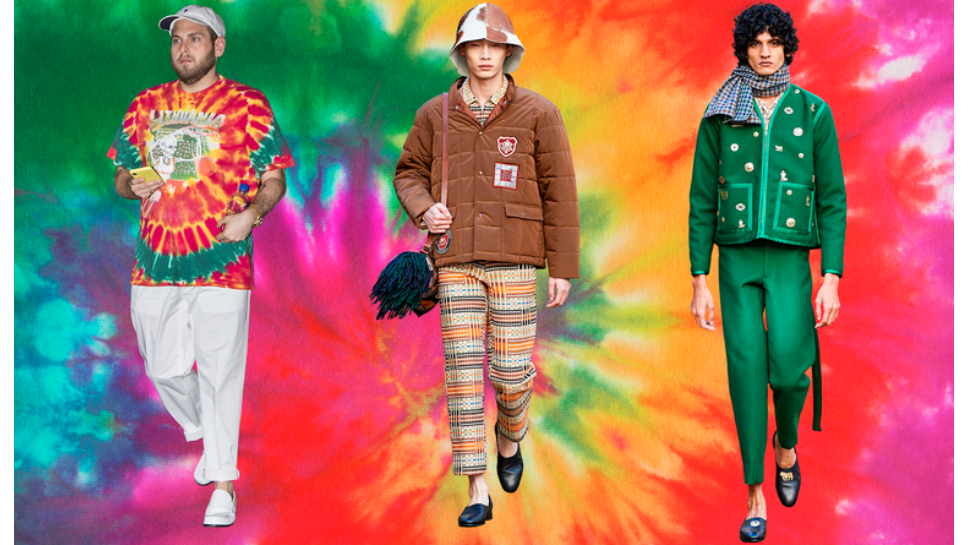 The Second Coming Of The Hippie: How '60s Counterculture Crept Back Into Menswear 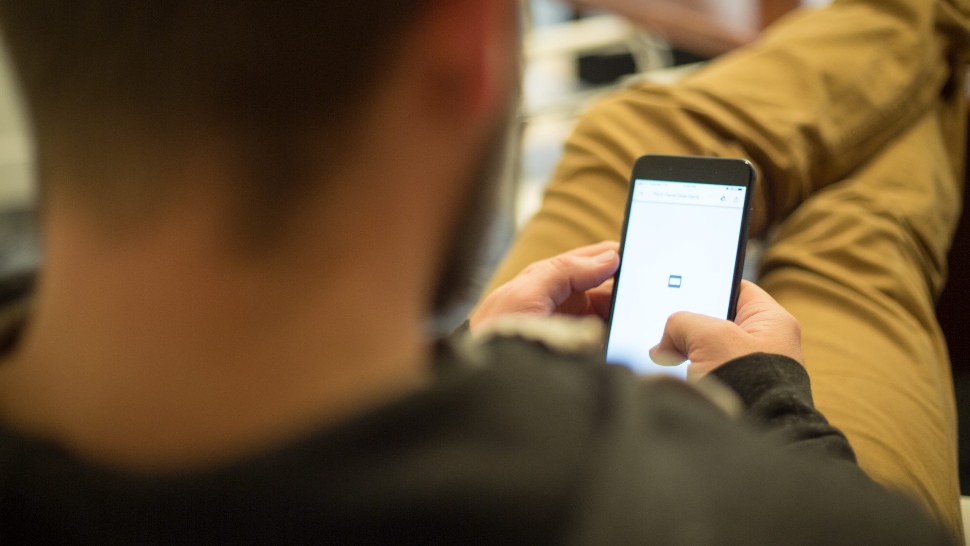