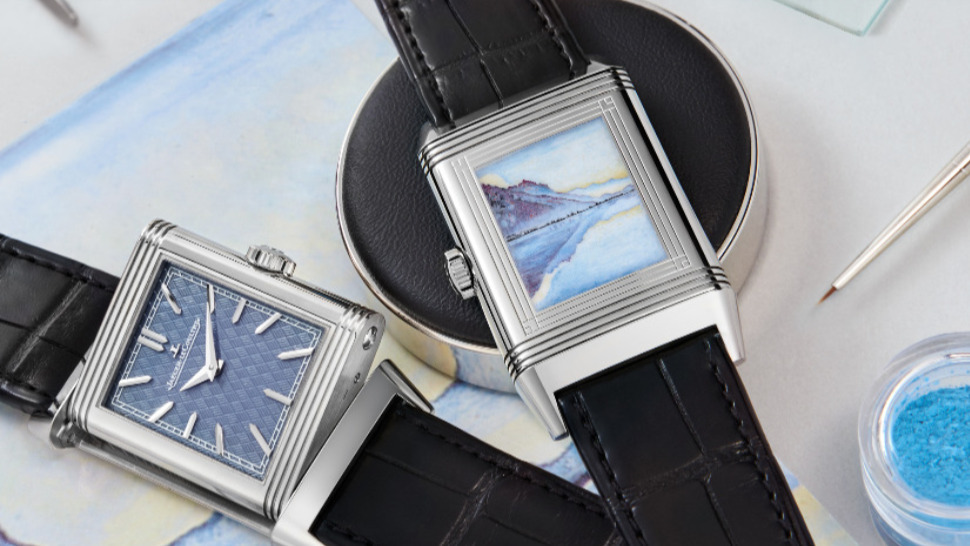 Luxury watches are often described as works of art—the amalgamation of the adroitness of timekeeping technology and the beauty of precious materials plus a few other bells and whistles just for fun. The language used to describe these watches are couched in dream, emphasizing how, more than just tickers that tell time or investments to be acquired and sold off (when you get bored), they are really sensual representations of the countdown of life.

Swiss timekeepers Jaeger-LeCoultre, however, does not speak in abstraction when it presents a trio of limited edition Reverso Tribute Enamel as art, for, beyond the expert machinations of watchmaking, there are reproductions of masterpieces by the emblematic Swiss painter Ferdinand Hodler found in the set.

The miniatures of three landscapes depicting mountains and lakes, on the reverse of the watch's face, was accomplished through engraving and enamelling. Recreating these very large and well-nuanced paintings onto a surface smaller than a postage stamp was difficult, but Jaeger-LeCoultre's Métiers Rares artisans, who put in fifty hours of careful work for each watch, were able to accomplish the seemingly impossible feat. 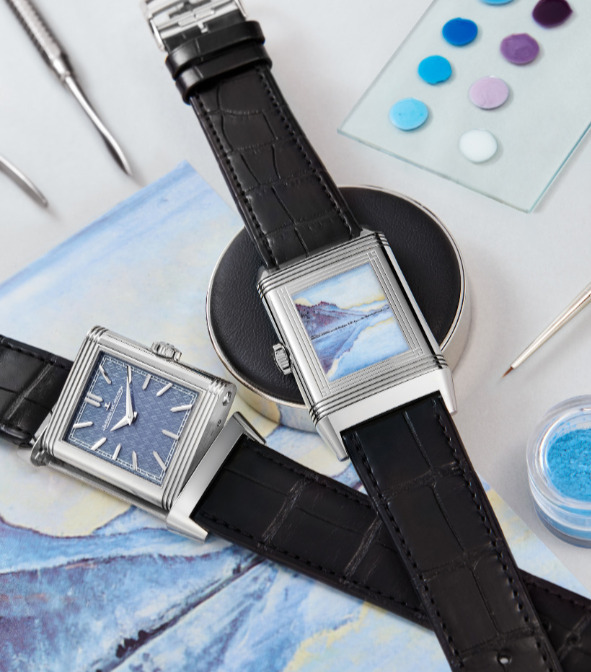 A lot of consideration has gone into the minis. See how, in Lake Geneva with Mont Blanc in the Morning Light (1918), a tender gray was applied to the watch's front to harmonize with the pink and gold of morning light; in Lake Thun with Symmetric Reflections Before Sunrise (1904), artisans focused on creating blue shades to better show the mountains amid the bright scenery; and in Lake Thun, Symmetric Reflection (1909), focus was placed on the mirror effect of the Alps mountain seen in the backround and the lake's reflection. In short, beautiful.

The Reverso is the most perfect canvas for such delicate expressions. The double-sided rectangular watch offers a unique proposition: two faces (slide, flip, and turn over) for two different times or a pairing of time and keepsake like, for example, an engraving of your wedding date or even the very face of your beloved. In this series, a century-old machine also created the weave-like guillochage, whose color has been matched with each painting's scheme, on the watch's front. (You should know by now that the Reverso is an iconic timepiece that must have a place in your bucket list of watches to collect.) 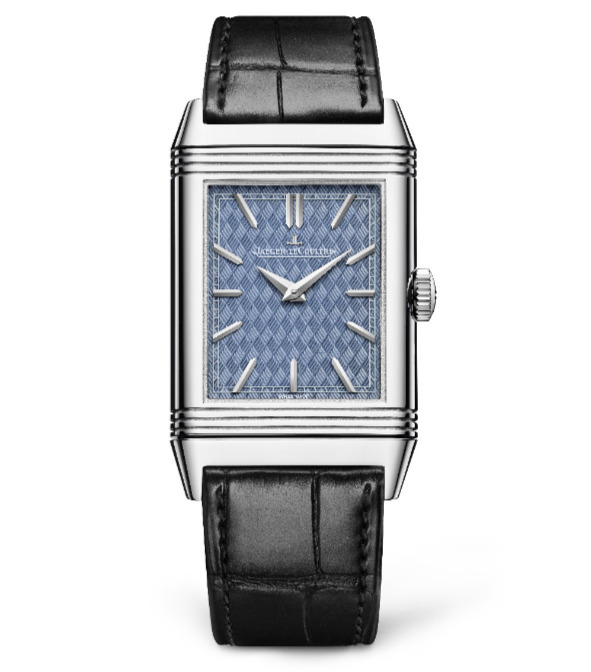 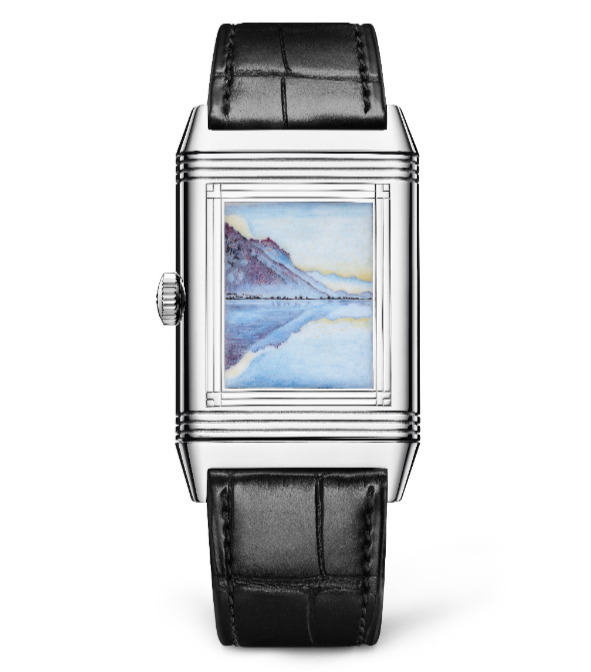 It would be good to know (for purposes of exciting dinner conversation) that Hodler, a major figure of symbolism, presented a very clear expression of nature's order in his works. And apart from commemorating the centenary of his death, the artist is being tributed by the watchmakers because his depictions of Swiss lakes and mountains mirror the Vallée de Joux, the birthplace of Jaeger-LeCoultre Manufacture in 1833.

To say that this release has a limited run is an understatement, too. Only eight watches have been produced for each of the three variations. So yes, it might be too late now to get your hands on them, but here we are poring over these works of time and art, because sometimes we just want to dream. 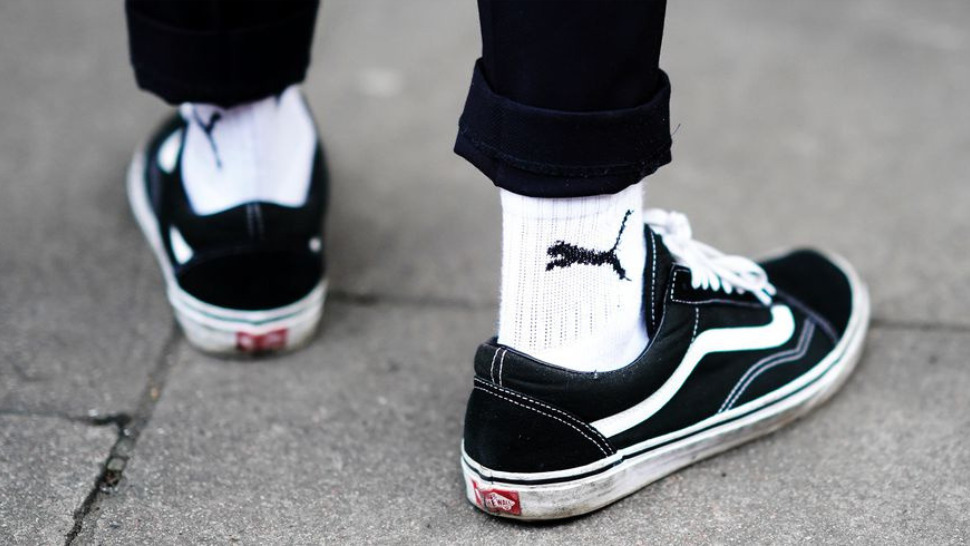 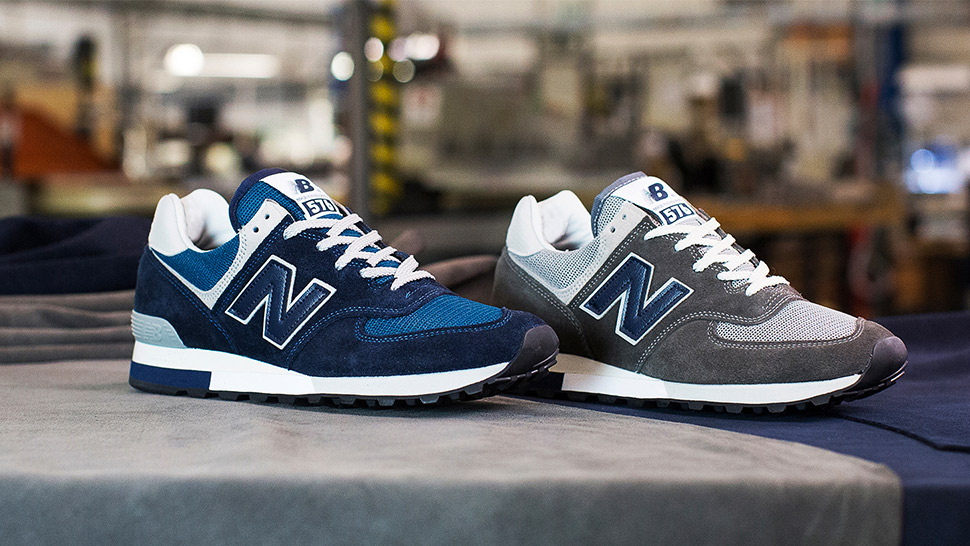