The Sleek, Stylish Watch for Guys With Champagne Taste (and a Beer Budget)

Introducing the newest addition to Timex's Waterbury collection: the Chronograph. 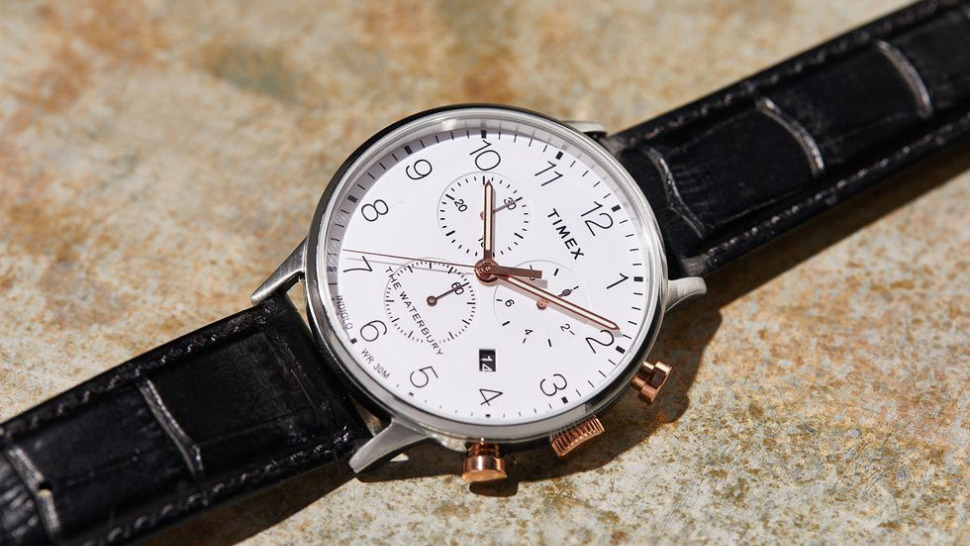 I am the last guy to scoff at an investment-level watch, because, let's face it, they're pretty fantastic. But one of the best things about loving style in 2018 is the fact that beautiful design isn't limited to the upper echelons of any given market; it can be found across the entire price spectrum. Which is why, right this very moment, you can get a great-looking watch that looks like a million bucks—but only costs $129. A watch like the new Timex Waterbury Chronograph, which has the elevated design and functionality you'd expect from an expensive timepiece in a very affordable package. 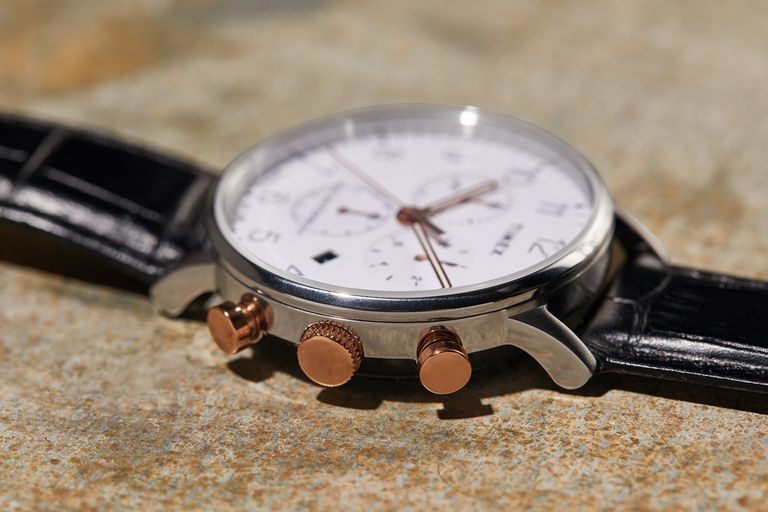 It Looks Damn Good.
When you get right down to it, you don't really need a wristwatch to tell time nowadays. (That's what phones are for.) So if you're going to wear a watch—and let me be very clear when I say I think you should—aesthetics are a major consideration. Timex delivers on that front, with a perfectly sized 40mm stainless steel case that looks right on just about any guy's wrist. The white face pairs elegantly with the steel, and the rose gold accents on the pushers, crown, and hands give it that little something extra. Oh, and that croc-embossed strap? That's the perfect low-key flex. 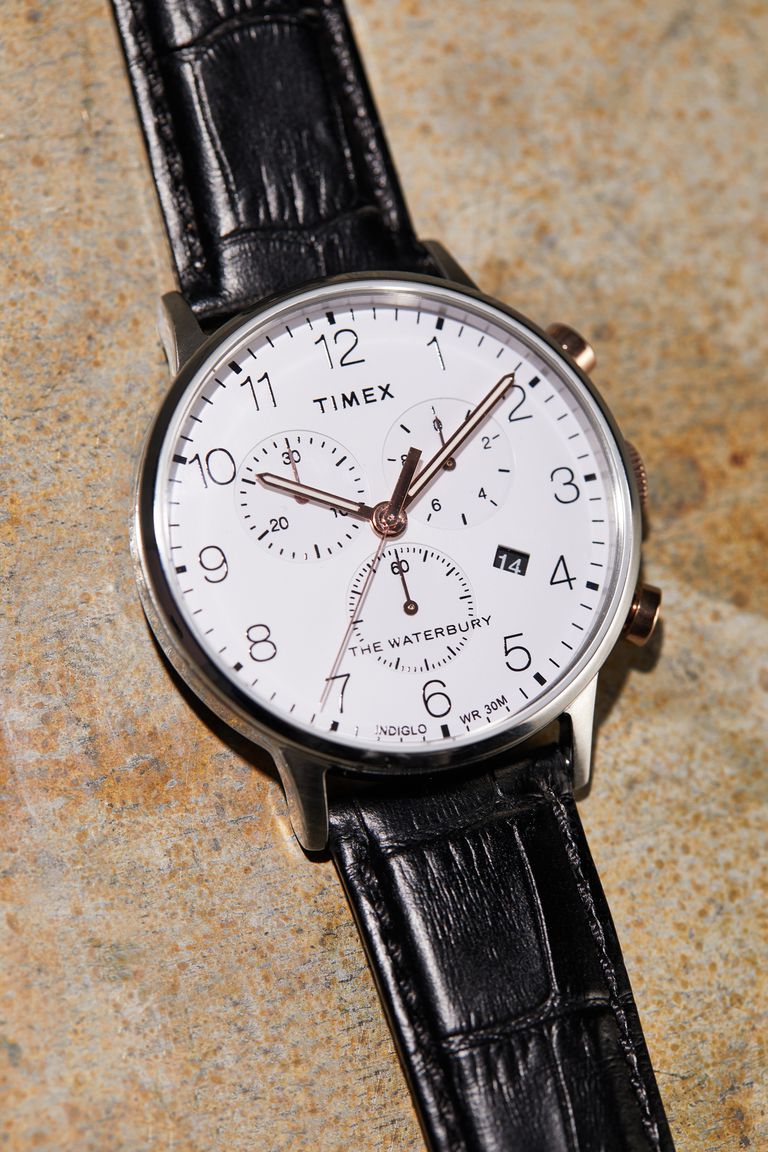 It's Easy.
High-end mechanical watches are triumphs of craftsmanship and ingenuity. Quartz watches may not hold the same sort of esteem in the watch world's collective consciousness, but there's no getting around it: They just plain work. They're reliable. They only lose time when the battery runs down, and then it's just a simple fix to get things working properly again. They're workhorses, and for an everyday watch for a whole lot of guys, that's exactly what's called for. (Plus, again, this one looks really damn good.) 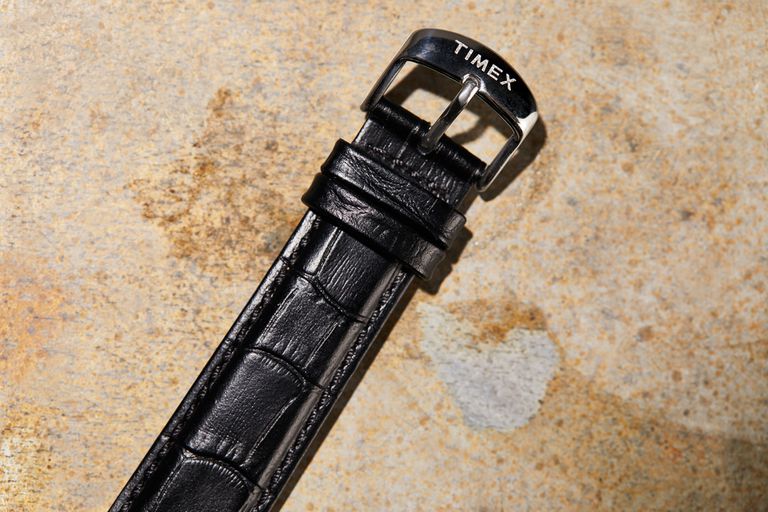 It's Functional.
The chronograph on the Waterbury measures time to 1/20th of a second. The face lights up at night with Indiglo. (That might seem like a gimmick if you're one of the few people who's never used it, but it's supremely handy in a pinch.) The crystal is mineral glass, not that cheap plastic stuff, so it won't scratch when you put it through the necessary paces. There's a reason Timex has been a go-to for guys for ages: The brand makes watches that do exactly what they're supposed to. In this case, that means looking good, working well, and pairing with just about any kind of personal style. That's hard to beat—at any price. 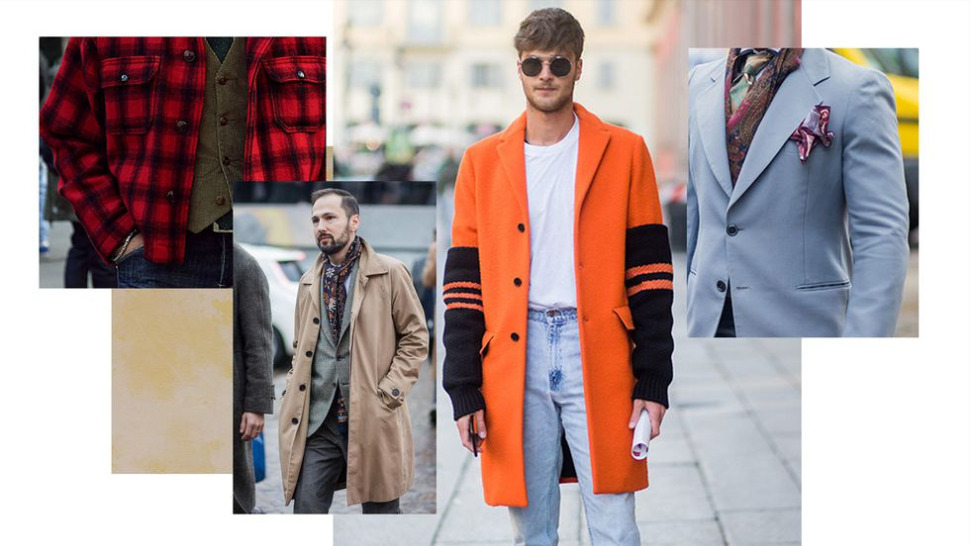 4 Style Ideas You Need To Borrow From Your Girlfriend ASAP 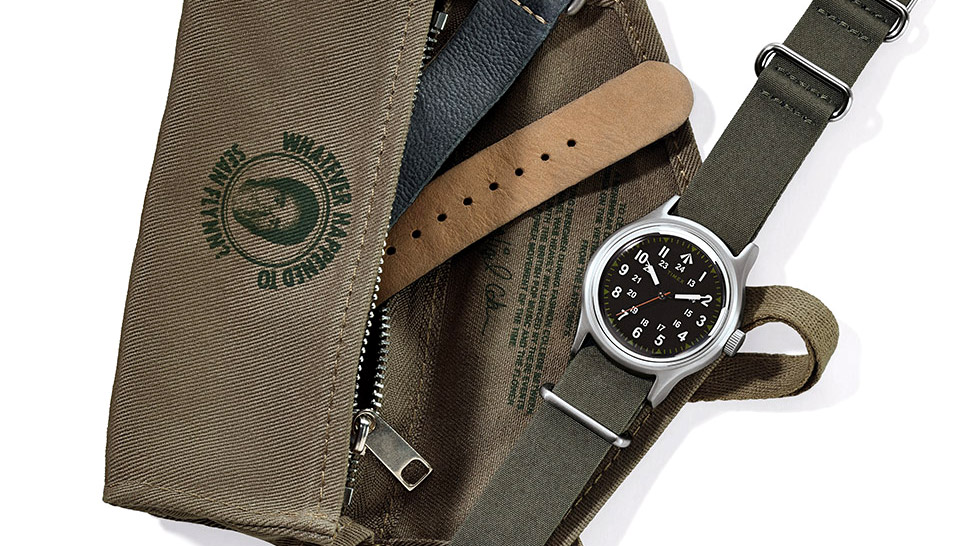