The legendary American designer does not mess around-even when he's halfway across the world. 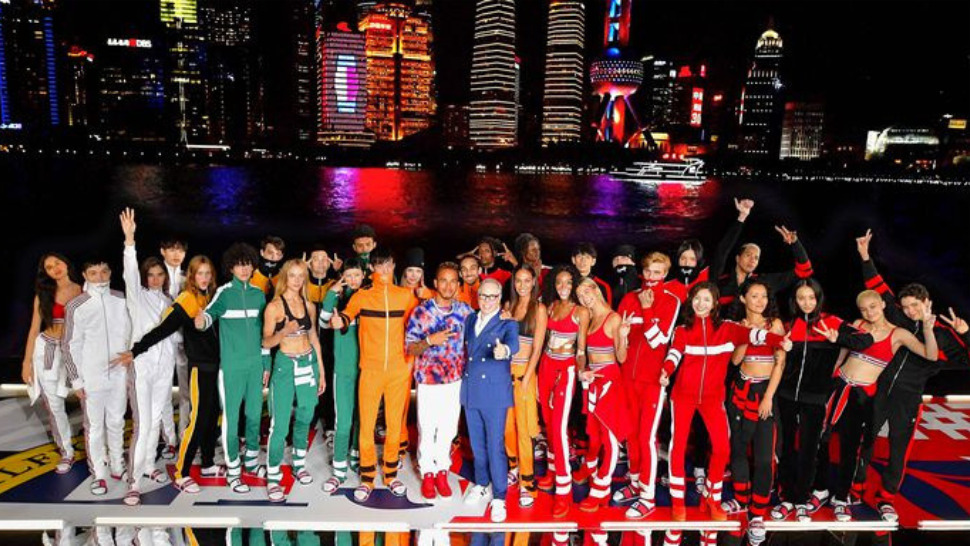 As the sun set Tuesday night, Shanghai’s international port—the world’s busiest—was packed with crowds wearing red, white, and blue. Past a no-man’s-land of security checkpoints and retractable ropes, an empty runway overlooked the city skyline. Behind the marquee, a massive, air-conditioned tent swarmed with press, stylists, and cool-kid models, some with entourages of their own. Out front, 1,000 seats sat empty, waiting for the fans to funnel in and the show to start. Welcome to #TommyNow 2018. 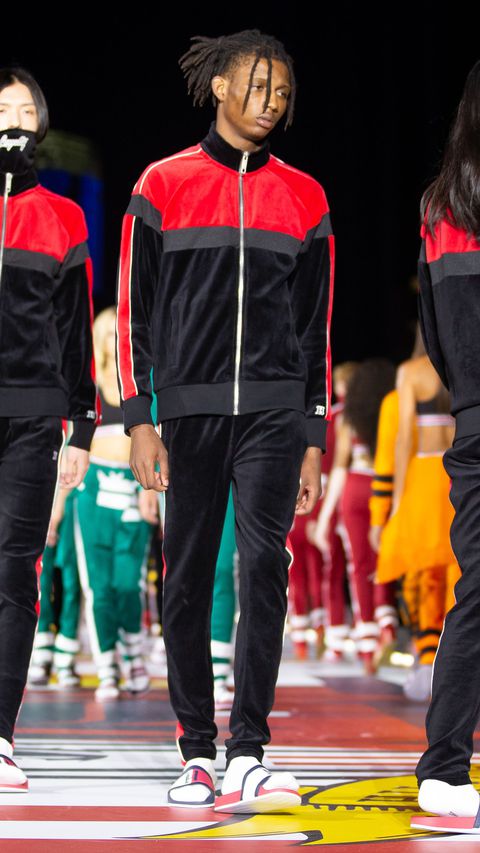 Tommy Hilfiger’s currently riding the wave of a comeback narrative—the label, which grew so ubiquitous it risked overexposure in the early 2000s, has roared back to life in the past five years thanks to a trio of converging forces. There’s the booming market in nostalgia, laser-focused on Tommy’s first mid ’90s heyday. There’s the designer’s knack for partnering with just the right boldfaced names (more on that later). Then there’s Hilfiger’s initiative to democratize the stuffy, old-school runway show, replacing hushed Parisian catwalks with riotous, social-media optimized spectacles on a global scale (see: Tommy Pier in New York, Tommyland in L.A., Rock Circus in London, and Tommy Drive in Milan). In short, Hilfiger simply seems to know which way the wind is blowing.

Which brings us here to Shanghai: a true 21st Century city (most of it has sprung up in the last 25 years), against whose skyscraper-studded background Hilfiger presented his latest fashion-show-as-cultural-comment. 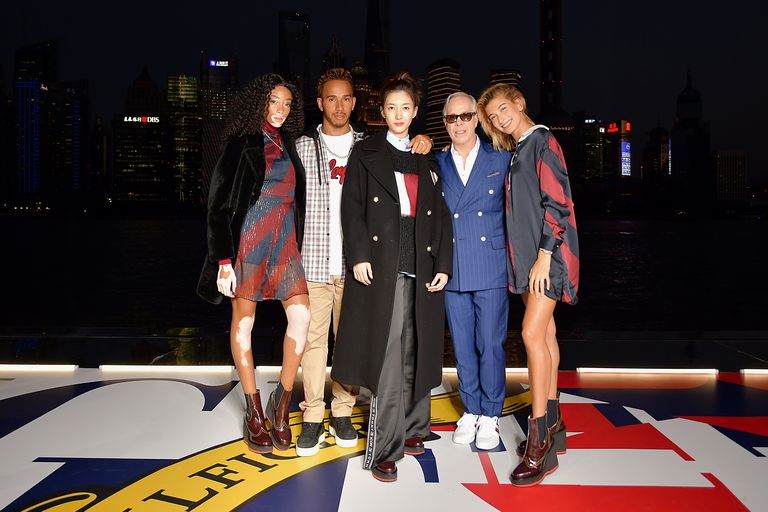 “Shanghai is one of the fashion capitals of the world, and our business is growing faster in Asia, specifically China, than anywhere else in the world,” Hilfiger says backstage, seated before a scrum of cameras and TV lighting. He has just finished a livestream appearance (the show is broadcast on Facebook, Twitter, Instagram, YouTube, and Chinese sites Weibo and Youku) and is taking questions from international press. “The fan base is enormous,” he says. “The millennial consumer here loves fashion, and loves American brands.”

Ask anyone in the business: If you want to see the future of fashion, look East. The Asia Pacific region accounts for almost 40 percent of global sales in apparel and footwear, making it the single biggest market in the world, and China, with its 1.3 billion population and an expanding (and increasingly monied) middle class, is the jewel in that crown. Hilfiger notes that it isn’t just about the clothes—it’s about speed of acquisition, too. “In China, they love the whole see-now, buy-now aspect of our shows, so we’re in the right place at the right time.” (Every item that headed down the runway tonight can be purchased immediately on tommy.com—a far cry from the months-long gap between presentation and purchase at traditional fashion shows.) 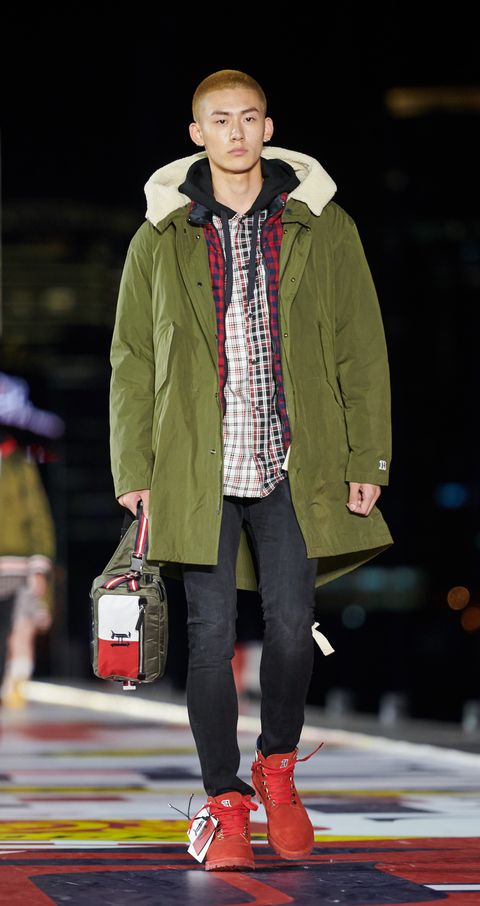 On the runway, Hilfiger showcased his trademark take on Americana (read: preppy, but not old-school) with a roster of American and Chinese talent. Olympic fencer Miles Chamley-Watson, model Lucky Blue Smith, and it girls like Winnie Harlow and Hailey Baldwin shared the catwalk with Asian A-listers like actress (and Shanghai native) Maggie Jiang. Hilfiger’s capsule collection with world-champ British Formula 1 racer Lewis Hamilton skewed street, heavy on graphic stripes, track suits, socks-and-slides, and deeply ‘90s mixed-plaid shirts and hoodies (many worn around the waist), while the core line played it more traditional with patchwork outwear, military jackets, and collegiate stripes.

For the final walk, Hilfiger and Hamilton (fresh off an Italian Grand Prix win) took to the runway together, followed by an army of models in looks from Hilfiger x Lewis, Hilfiger Collection, and women’s line Tommy Icons. When the catwalk cleared, spectators were left looking at the Shanghai skyline, where Hilfiger’s red, white, and blue logo glowed on the facade of the China Financial Information Center building. As fashion crowds began gathering in New York, it was just one more reminder that the designer is staking a claim to this city of 24 million—and the wider market beyond. 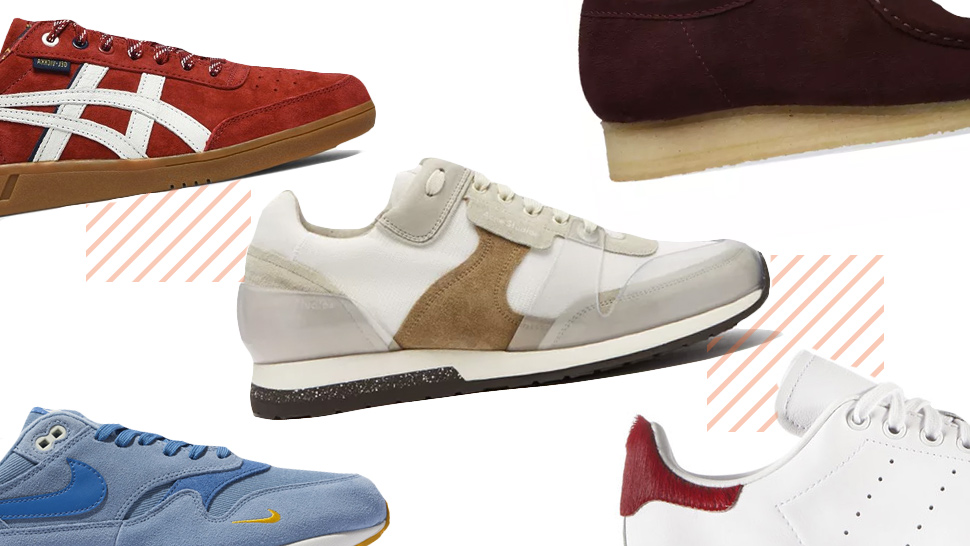 Upgrade Your Shoe Closet With These Instant Classics 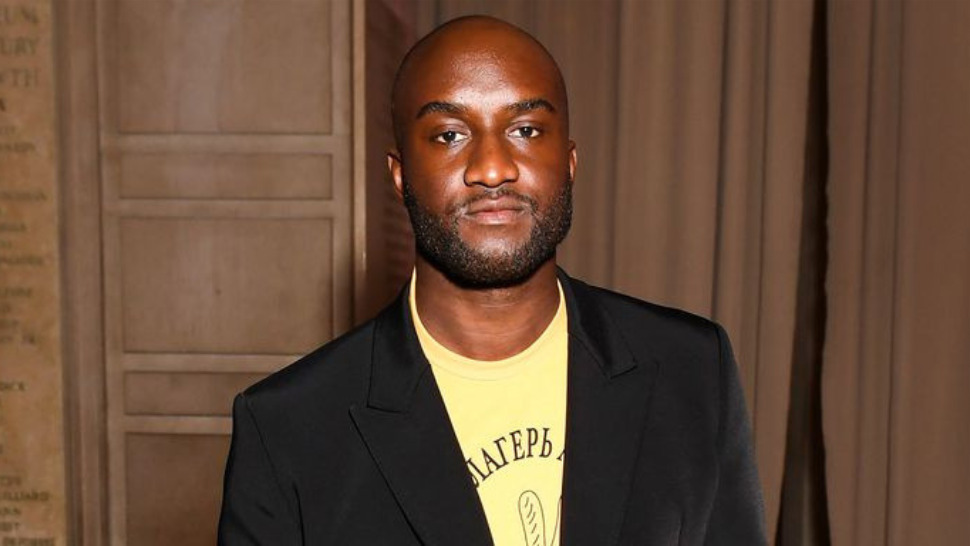