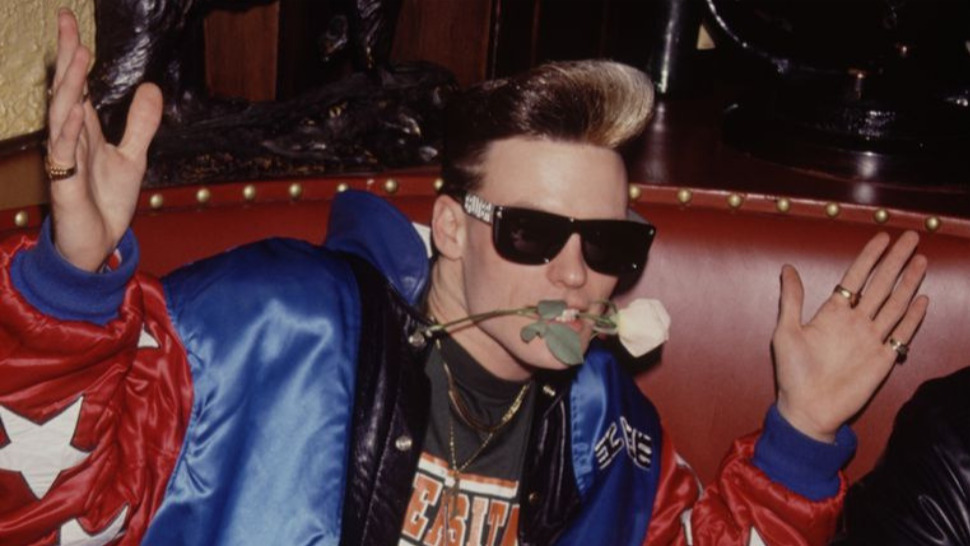 On the 58th day of the Season of Sleaze, we at Esquire realized, between questioning Justin Bieber's seasonal wardrobe choices and praising Shia LaBeouf's culinary debauchery, that we were long overdue for an acknowledgement of a legend. 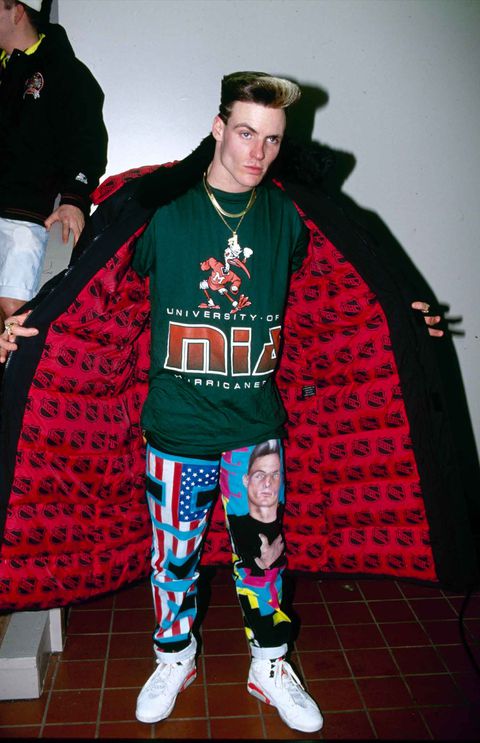 Yes, he's got the oversized thrift store University of Miami Hurricanes tee. Yes, he's showing off the lining of his obviously promotional NHL outerwear. YES, he's rocking two chains decades before Tauheed Epps picked his second rap name and "pulled up to the scene with his ceiling missing." It's all absolutely peak sleaze before sleaze peaked!

But the obvious M.V.P. of the fit are his sweats (good lord, are they fucking velvet?), which feature not only the American flag, but a graffiti version of his own face. Folks, we've discussed a lot of sleazy sartorial choices over the course of the past week. We've talked about bowling shirts and wispy mustaches, visible designer underwear, and clothing that literally says "filthy" on it. But damn, Ice. The audacity to put your own chiseled jawline on some loungewear and to then wear it in public is unprecedented. He even tucks them into a pair of Infrared Air Jordan VIs. A fine choice for sleazeballs and soy boys alike.

Oh, but wait. It does, indeed, get better. Not only did Ice sport his own mug on clothing—he did it on more than one occasion. Here he is again: This time extending his patriotism to some kind of flashy-as-hell nylon bomber and wearing a DIFFERENT UNIVERSITY OF MIAMI T-SHIRT. How many of these do you have, sir? 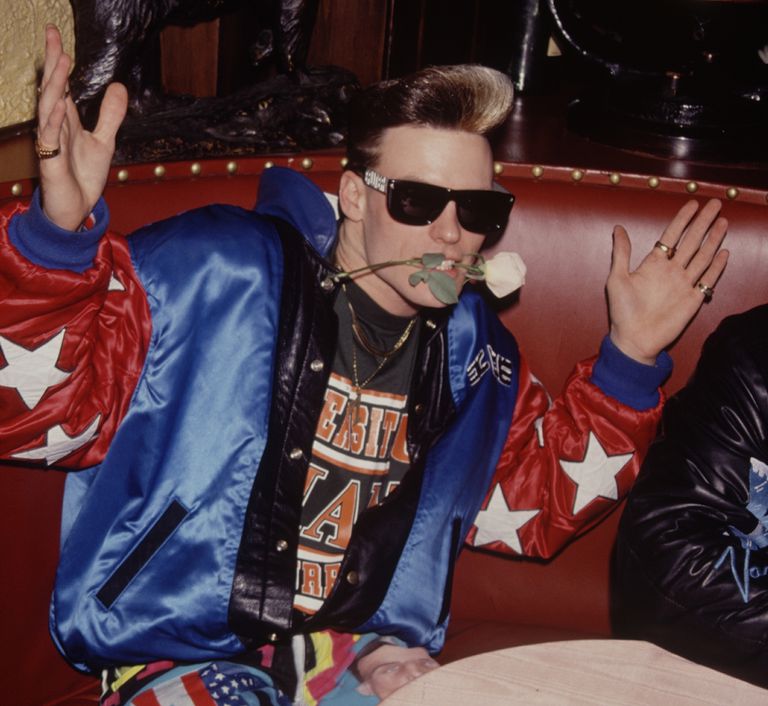 Wearing sunglasses indoors is a flex reserved for those who earn it, so to make sure you knew he's the kind of scumbag who deserves to pull it off, Ice threw a white rose between his lateral incisors and threw his hands up as to say "I don't give a fuck."

That's why we here at the Sleaze Academy feel he's worthy of a Vanguard Award. Because as we've stated time and time again, sleazecore is rooted in rebellion. Ice is known for that. In August 1988, he was arrested for illegal drag racing. That alone puts him in the hall as far as I'm concerned. 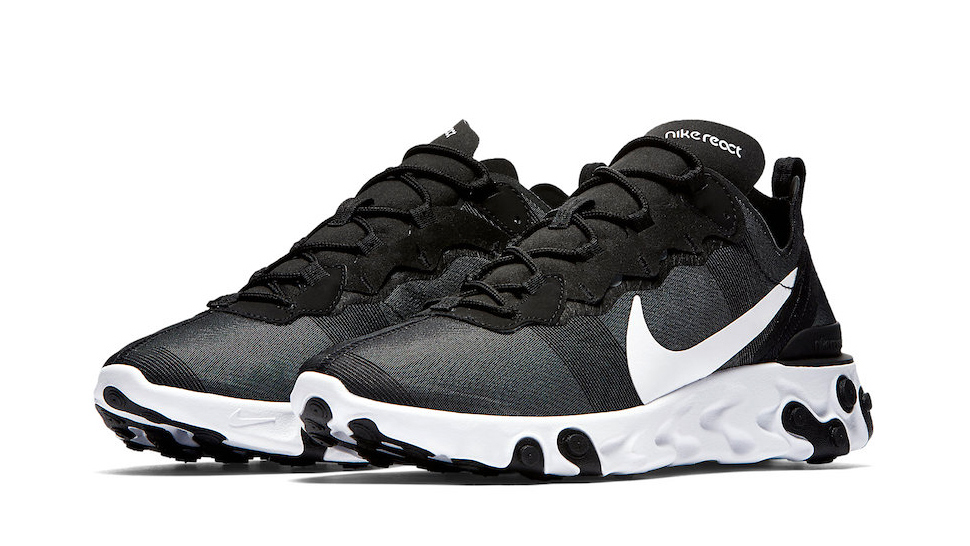 Finally, the Nike React Element has Arrived in the Philippines 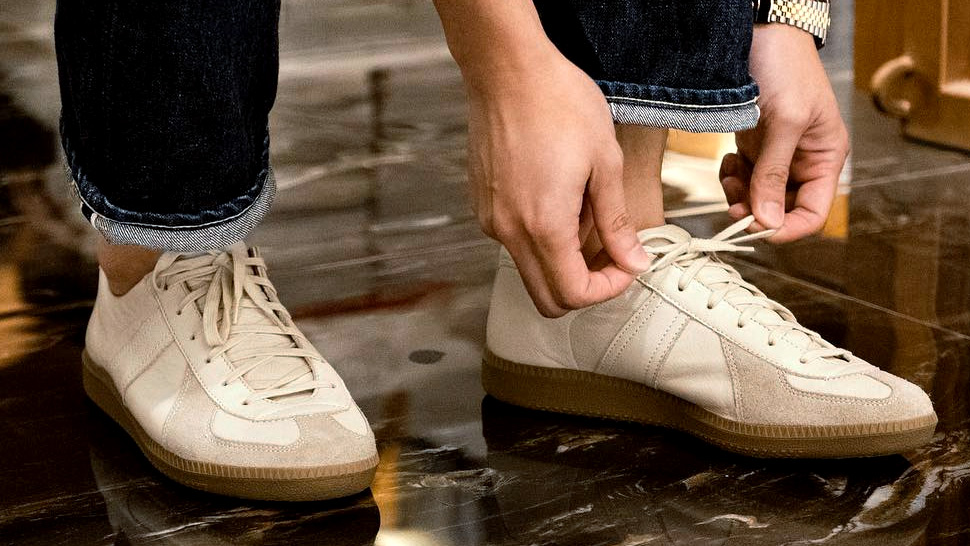