"Sporting my luxe-priced Off-White was a symbol to myself that I will never again wear anything that makes me feel poor." 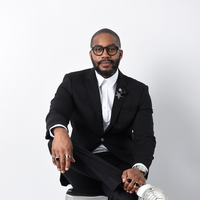 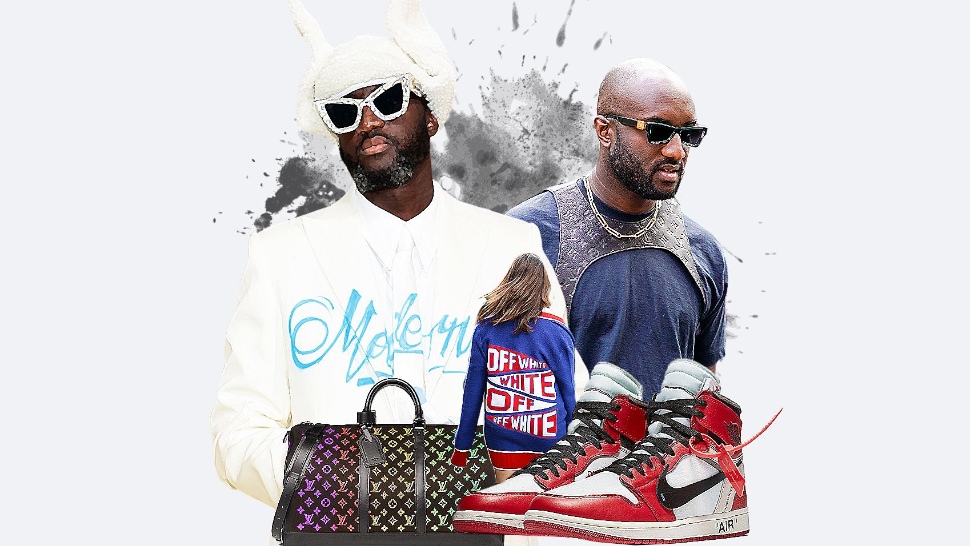 This past Sunday morning, I woke and found myself spraying my new Off-White x Air Jordan 2 Low OG sneakers with repellent. It was the second coat, because though they are designed to look worn, I’ll be damned if they get soiled with actual dirt. The sneakers retailed for $250, but since landing coveted shoes at retail happens for me about the first of every Nevurary, I was forced to cop from a resaler for more than triple the price. ($750-plus, if you’re keeping track.) The main reason for the outlandish price? As much as it was MJ, it was the fact that they were an Off-White collaboration.

Fueled by residual remorse over paying triple the retail for kicks that were pricey to begin, I roamed into my closet and began flipping through it with the intention of finding items to resale—to make up for the sneakers, at least in my foolish mind. Towards the end of my search, I looked over at the a green Off-White jacket, another Virgil beauty, that I’d purchased at least half a decade ago (I want to say it was $400+), which, the way the resale market works, would fetch me a nice little bounty.

In that closet, I lifted the coat off the rack, felt its weight, noticed the like-new shine of its chrome zippers, ran my hands along the ridges of the painted letters, all the while wondering if I should sell it.

No, I thought to myself. Nope. This one stays.

Truth be told, I wasn’t an early adopter. When the first Off-White Jordan collaboration dropped in 2018, I was a skeptic. Had trouble seeing how what was at base a replica of Virgil tagging a Jordan (or something else) somehow made it more valuable.

But think. Value: it’s always a story, isn’t it? This brand is ye years old. These shoes were made in Milan and dipped in blood. This brand began as luggage for the queen. This cool Black dude who hung with Kanye designed these.

Virgil’s story is by now the stuff of fashion legend.

The bachelors in civil engineering. The masters in architecture.

The creative direction for Kanye.

The launch of Off-White.

The historic job: him being first ever Black man to land what was maybe the most coveted gig in all of fashion, the visionary of Louis Vuitton menswear.

The more I learned about Virgil over the last decade or so, the more intrigued I became about the brand—the Virgil Abloh brand, whoever he was working with. The more I found myself pulling his clothes off Barneys and Saks racks to admire their fit, fabrication, and design in dressing room mirrors. And yet never buying a piece because the damn price tags deterred a working stiff such as myself. But then booyow, Off-White showed up at my favorite discount store, and over the next couple of years, I bought athleisure sweats, T-shirts, a hoodie, even splurged—even at deep discount that joint was still hella spendy—one army green Off-White jacket. A jacket that was not only designed well and well made, but made me feel as though my cool factor multiplied to almost its peak.

Without deep diving into my psyche, let’s think about why I bought that jacket, and later those sneakers that cost the same as the rent of my first New York apartment.

Back in the ancient epoch that is the late 1980s and early '90s, the little family that could—my mom, younger bros, and me—spent beaucoup time the St. Vincent DePaul secondhand store, the outpost where one of my uncles worked as an assistant manager. In those days, Unc would pull my mother’s coat about prime stuff he’d set aside and/or we’d hunt the shelves and racks until one or all of us found a like-new hand-me-down to sport. On the worst of days we slugged out of those doors, feeling poorer, some tattered old thing in a plastic sack just to keep from leaving empty-handed, but on the best of days, we skipped out of the store feeling about as happy as rich folks seemed with a bag full of like-new gear.

While on those many trips to the St. Vincent, I learned how to get fly on budget—Unc often blessed Mom with discounts up to the highest one—they were also a kind of childhood trauma. I’d be hard-pressed to recall a time that I wasn’t terrified of being seen shopping in the store, fearful somebody from the neighborhood would own all the evidence they needed to convict me as poor—never mind they might’ve been poor themselves. Not to mention there was the looming horror that some kid might spy me in his old gear and out me in front of the masses. And even if I was lucky enough to escape those trepidations, there was the olfactory suffering of old clothes. An acridness that crept up my nose and soaked into my skin.

The era of trips to St. Vincent DePaul birthed in me a deep need to cloak my poverty however I could—we never once called anything we bought “vintage”—to one day wear the fashions I saw in pages of this very magazine, which another uncle collected as part of waist-high stack of glossies in his closet.

By the time Virgil founded Off-White in 2013, I was 38 years old, which is also to say, near about two decades older than the consumer whom Virgil proclaimed as his target when he said, “Everything I do is for the 17-year-old version of myself.” But what I see clearer now than I did circa that founding was how much Virgil’s story had imbued his brand with value, how much me buying Off-White was also a way to beat back the anxieties of a friend finding me perusing the aisles of St. Vincent DePaul—or worse, arriving at school with my clothes redolent of the hand-me-down funk. Sporting my luxe-priced Off-White was an antidote. Not as ostentatious as a boulder-sized diamond stud or those old colorful Jacob the Jeweler watches, but a symbol to my damn self that I will never again wear anything that makes me feel poor.

So Sunday morning, I hung the jacket right back in the closet. Nope, no resale for you. No way. No thank you.

About The Author
Mitchell S. Jackson
Mitchell S Jackson is a contributing writer for Esquire. He is the winner of a Pulitzer Prize and a National Magazine Award as well as the acclaimed author of the memoir Survival Math, and the award-winning novel The Residue Years.
View Other Articles From Mitchell S. Jackson
Get The Latest Updates From Esquire!
Subscribe to our newsletter!
Latest Feed
Load More Articles
Esquire Money 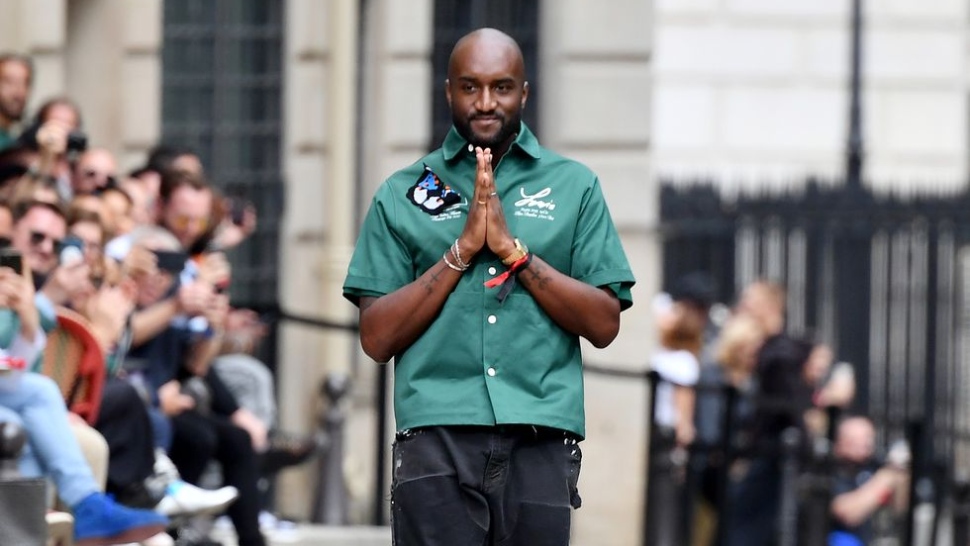 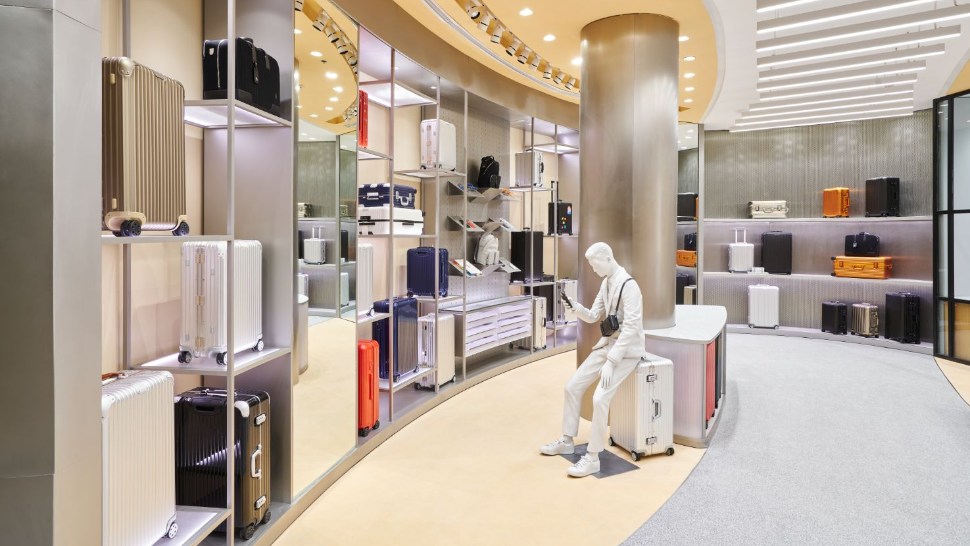