How outsider artists are helping the luxury watch world

High-end brands like Hublot, Panerai, and Tag Heuer are teaming up with graffiti artists to bring something eternal to their watches. 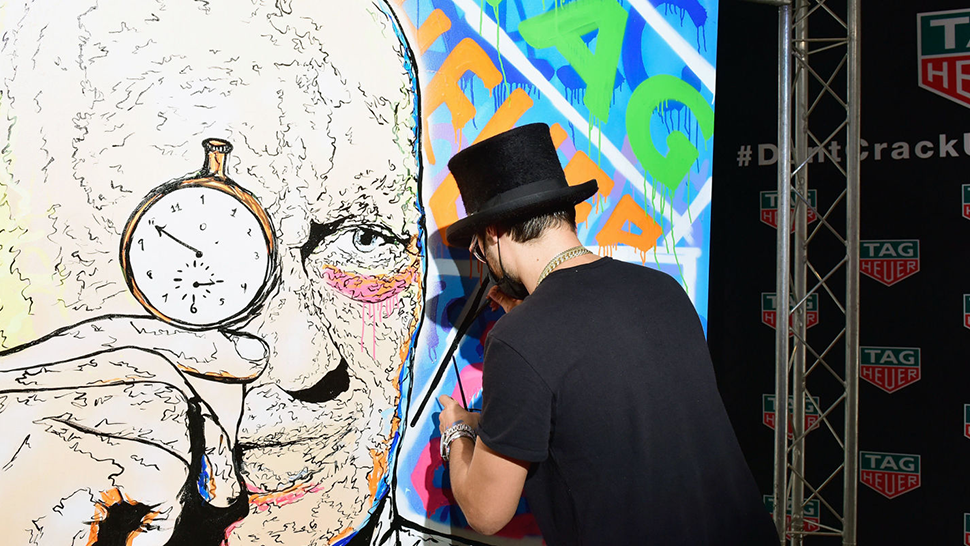 Art fairs are about money. Sure, they're not only about money—but with more 150 private jets being chartered to fly to Miami for Art Basel and a $1 million sale in the first 10 seconds of the CONTEXT Art Miami fair's opening this year, cash is definitely a large component. So it's little wonder that fashion brands (particularly luxury brands) find it important to be a part. But for high-end watch brands like Hublot, Panerai, and Tag Heuer, there's a new element at play: immersive partnerships with non-traditional artists that extend well beyond the temporary art fair and into the brand's very DNA.

Case in point: the new role held by reclusive graffiti artist Alec Monopoly in partnership with Tag Heuer, the official title for which is Art Provocateur. At Art Basel Miami, that translated to a new 50-foot mural on the exterior of the Mondrian Hotel. 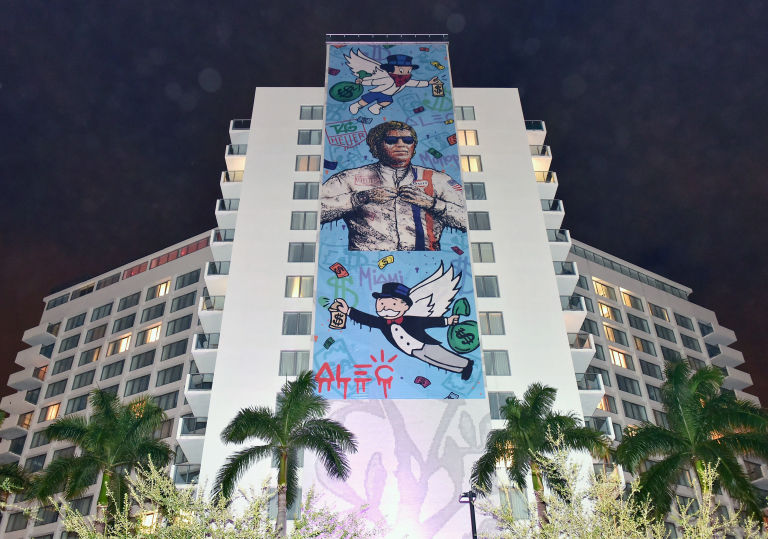 But the connection runs deeper than that. As Art Provocateur, Monopoly will be active in almost every aspect of the Tag Heuer universe. "Tag is a very innovative brand, a very forward-thinking brand," Monopoly said at the celebration party for the announcement. "This is a 360 partnership where I'm going to be a brand ambassador, where we'll be doing billboard campaigns all over the world and I'm also going to be designing the watches. But I'll also be transforming the boutiques into art galleries where I'll be able to show works on the front and the sides, so it's going to be amazing." In the spirit of ongoing partnership, Tag will also be erecting a studio for Monopoly in its headquarters.

This new collaboration goes beyond just simply throwing paint on a few existing watch styles—though the graffiti artist certainly has done that. "Usually luxury brands only talk to their current customers, the ones that are buying now," Tag Heuer CEO Jean-Claude Biver said of the partnership. "We want to talk to the new generation, not only to the people who can buy the watches now. People who can buy the watches now are going to die."

????Honored to be the new @tagheuer Art Provocateur !!!????This is a 360 partnership where I will be a brand ambassador creating original art works, designing watches and transforming our boutiques into art gallery's ! ????#dontcrackunderpressure ????

But it's more than just positioning it in the right crowds and amongst the right names. For Tag Heuer's Biver, the art connection is also about bringing something eternal to watches. "Technology is due to become obsolete," Biver said. "But art is eternal."

It's that same sort of thinking that pushed Hublot to collaborate with Tristan Eaton this year on its "Concrete Jungle" style, which was the brand's first watch made with real concrete. Feted with a launch event during Basel, it's a love letter to the city of New York. The brand's work with Sang Bleu founder and tattooer Maxime Buchi rounded out the trio of watch collaborations with non-traditional artists. "Maxime is the best at what he does," Jean-Francois Sberro, Managing Director of Hublot North America, explained at the launch of the pop-up parlor.

It's the excellence of these artists, combined with the permanence of art and the top-dollar clientele they court, that means we can expect collaboration of this sort to continue not just at high-profile art fairs, but throughout the world of watches. 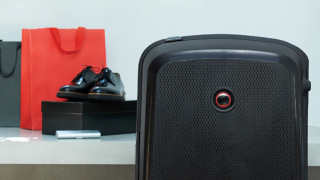 Delsey's newest trolley won't weigh you down with excess baggage 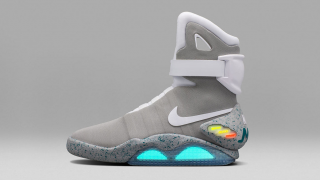