Off-the-peg no longer cutting it? Paul Smith Bespoke comes to one writer's rescue. 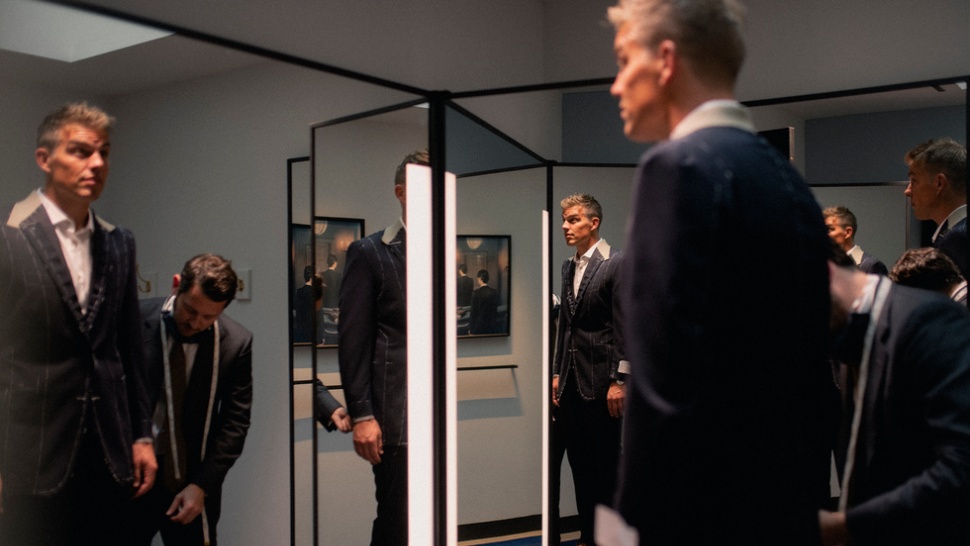 Autumn, 2019. I was nearly 40 years old, and I was at a fabulous party in a Mayfair basement. Across the room, I saw many men who were in, nearing, or slightly past their fifth decade. They all looked as sleek as cats in well-cut suits. I inspected myself in the mirror. I looked like Kevin McCloud from Grand Designs. My outfit: a too-short jacket; thin and stretchy Uniqlo trousers; jazzy trainers from a French brand that had bombarded me with advertisements on Instagram.

"Do I look like Kevin McCloud?" I asked one of the good-looking men. It was Jack Guinness, a model and a wit, who knows how to dress. He looked me up and down, cocked his head to one side, and said, "No" a little too definitively, in away that I took to mean, "Yes".

Things needed to change. I determined to kill my burgeoning provincial dad vibe before it ran amok. I wanted a good suit. I'd never worn anything made to measure. My dimensions—6ft 5ins tall, broad-shouldered, 15 stone—mean that most off-the-peg suits look ridiculous on me. They billow around my waist and cling to my thighs. What's more, I have the arms and shoulders of a tree-dwelling ape. In off-the-peg, I show acres of cuff.

What's more, I have the arms and shoulders of a tree-dwelling ape.

For these reasons—and because of the imperative that now governs most of my significant decisions: an early-midlife crisis, or perhaps awakening—I asked Paul Smith to make me a suit. In June, I visited Tom Arena, the wry and genial head cutter for Paul Smith Bespoke, in his Albemarle Street basement. It was the summer of Covid-19. Central London was an abandoned film set, but in Arena's studio there were rows of jackets with flashy linings. Customers' torso measurements hung on brown paper, like rifle targets. (Gary Oldman's name was scrawled across a paper pattern next to the changing booth, I noticed.) Kind of Blue was playing on the stereo. It was possible, for a moment, to for-get the nightmare outside.

Having a suit tailor-made is mostly about answering questions. Arena bombarded me. But before I replied to any of his enquiries, I tried to communicate one basic truth: there would be no more tailored suits for me. Unless I won the lottery or remarried an heiress, this thing he was going to make me would be my only bespoke item of clothing. It had to service funerals, parties, job interviews, foreign weddings, appearances at the International Criminal Court, the lot.

Arena nodded. He had met writers before.

He understood the economics. "You need an all-rounder," he said.

His first two questions had been answered. Colour: navy. Style: single-breasted. Beneath these big-picture decisions, however, lurked sprawling sub-categories. I was required to decide on all of them. I thumbed dense binders of wool samples. The Italian cloths I saw looked fun but might—in Arena's words—"shine up". I did not want shine. There was some dauntingly heavy stuff from Fox Brothers. Winston Churchill favoured Fox flannel. I thought a suit made from Fox might feel like a suit of armour. I'd save it for when I was foreign secretary.

And then, Arena showed me just the thing: a deep blue, mid-weight wool from Smith Woollens of London, which felt springy. (Arena explained that I was responding to the Finmeresco open weave from Smith's Travel Suiting range; I took his word for it.) In any event, it was my fabric, without a doubt. I couldn't have told you why. It was as if the Sorting Hat at Hogwarts had chosen it for me.

An aside. Arena has been a tailor for more than20 years. He started as an apprentice at Huntsman on Savile Row before cutting suits for Paul Smith. Clearly, he has a good idea of what will look good. Equally clearly, he understands that punters who are paying thousands for the privilege of a bespoke suit want to feel as if they are making their own decisions. I noticed Arena had a trick: he never showed me his preferred option first. There was a canny picture editor at The Sunday Times who used to do this to a notoriously picky newspaper editor. The photograph the picture editor wanted to use was always third in the pile, because the boss in question always rejected the first two out of hand, no matter how exceptional they were.

It would take all day to tell you everything I chose. We spent a long time talking about but-tons. I made decisions like Jed Bartlet. Cuffs: surgeon's. (Four buttons, with two sham and two working, so you can fold your sleeves back if you need to cut someone open.) Pockets: straight jetted. (No flaps.) Jacket: double-vented. (Slits at each side, rather than central.) Inside pen pocket: naturally. Arena noted all my decisions down in pencil. The whole experience was thrillingly analogue.

We spent a long time talking about buttons. I made decisions like Jed Bartlet.

I asked Arena if we could find a lining for the jacket that might have some personal resonance. A few weeks later, Arena told me that Paul Smith himself had taken an interest in my suit. Smith had found me a print from a recent menswear show that featured sunlit mountain peaks; my new book is about a man who tried to fly a plane to Mount Everest. I found it amazing that Smith had been in the business for 50 years, and he was still picking suit linings for schlubs like me. I saw the print he suggested and loved it. So, lining: sunlit mountains.

Arena measured me twice over three months. The second time was just after I'd returned from a heavy-eating holiday in Sicily. He let the trousers out. ("Too many cannoli, sir?" I laughed, mirthlessly.) At those fittings, I wore a work-in-progress. Arena threaded cotton through the jacket and trousers, to mark new contours. He worried about the stiffness of the roll on the jacket's shoulders. It takes 70 man-hours to make a bespoke suit. Arena designed the shape; separate coat- and trouser-makers in Mayfair cut and recut the trousers and jacket to Arena's instructions. He was, he explained, the architect to the coatmaker's builder.

Autumn, 2020. I put on my new whistle in a hotel room in Cartmel, in the Lake District, before a dinner reservation. My god, it felt good. Everything was just so, of course. I spent a while swinging my arms, childishly, just for fun. I stroked the sleeves of the jacket. I dropped into half-lunges. Before that moment, I had never understood how much pleasure could be derived from clothes. (An odd thing to admit, for some-one who has written for men's magazines for more than a decade.) In fact, I'd found the notion suspicious: magpie acquisitiveness masquerading as something finer. A flicker of that shame remained. Moreover, the grimness of 2020 touched everything. There seemed something obscene about deriving so much joy from luxury at such a moment.

The guilt lasted a heartbeat. Yes, a bespoke suit is the definition of non-essential. Mine was, certainly. I had no need for it and—in the social washout of 2020—nowhere much to wear it. But the suit was also, in some sense, essential: it was wrapped around my exact dimensions, my physical essence. Anyway, I loved mine so much I thought I might never take it off. I walked to the restaurant, through the cool and inky autumn night, like the sleekest of cats.

About The Author
Ed Caesar
Ed Caesar is the author of The Moth and The Mountain, winner of the Telegraph Sports Book of the Year 2021.
View Other Articles From Ed
Get The Latest Updates From Esquire!
Subscribe to our newsletter!
Latest Feed
Load More Articles
Esquire Money 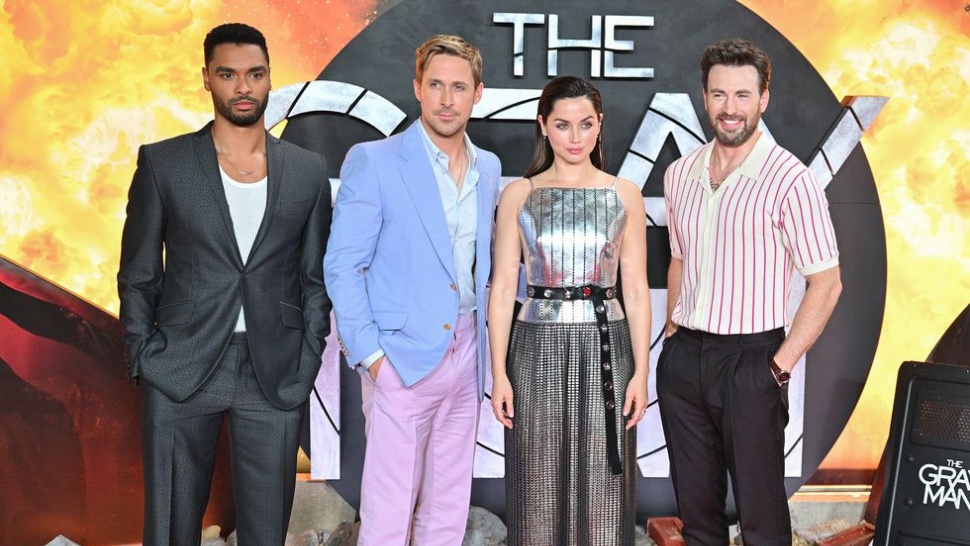